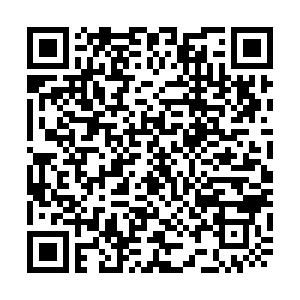 European nations have been returning to lockdowns as a second wave of the coronavirus pandemic surpasses the deadly impact seen early last year.

And yet the impact of these measures is uneven, with some countries successfully locking out the virus, while others have seen only marginal reductions in transmission.

CGTN Europe spoke to Andrew Tatem, professor of Geography and Environmental Science at the University of Southampton about what we have learned.

"You've seen some of the countries that have been most successful - some of those have experienced something like this before, with SARS, with bird flu, with swine flu, and have been able to react quickly," said Tatem. "One of the most important things is being able to react quickly when you see cases increasing, and having a system that can actually tell you that those cases are increasing."

Tatem said the key to containing the coronavirus wasn't simply relying on lockdowns to reduce cases – but a three-pronged approach.

"It's really a combination of things; it's the strong testing system to be able to catch cases quickly and isolate them; it's travel restriction; and it's the social distancing."

That combination has been successfully implemented in China and many countries in the region, he added.

"Although there have been resurgences, in many cases they've been quickly stamped out."

There's little sign of the pandemic in Wuhan now, thanks to mass testing, widespread mask wearing and vigilant use of COVID-19 tracing apps.

But it's a different scene in Europe – which is battling an aggressive second wave of infections.

Tatem described the lockdowns as a 'last resort' and said there's much to be learnt from China's approach.

"If you're reducing and releasing restrictions, you want to be sure that you're not just ending back in the same place of cases rapidly rising … otherwise it's a system of constantly back in the same situation and back to square one."