- EU finance ministers have agreed on a $545 billion rescue package for workers, businesses and governments affected by COVID-19. Germany says it shows Europe's strength and solidarity and Italy calls it ambitious.

- UK Prime Minister Boris Johnson has moved out of intensive care after testing positive for the coronavirus.

- Britons are being told to have a "safe Easter" and stay home, despite weather reaching 26 degrees Celsius.

- Religious celebrations move online as Christians celebrate Easter, the Jewish festival of passover is under way, Sikhs will mark Vaisakhi on Monday and Muslims will be fasting during the holy month of Ramadan later in April.

- Pope Francis will lead the "Way of the Cross" procession in a party of 11 people in the Vatican's St Peter's Square, instead of the traditional mass procession at the Colosseum.

- Iceland scientists accuse UK of 'behaving like they were invincible' after study shows virus was in the community long before British politicians realized.

- In Greece, a Roma settlement of 3,000 people is put under strict quarantine after 13 people tested positive for the virus.

- Two specially equipped high-speed TGV trains will transfer another 50 patients out of the Paris region for treatment at hospitals in the south-west of the country.

- A 101-year-old man who tested positive for the coronavirus, returns home from hospital after making a full recovery. Keith Watson, from the UK, was admitted to hospital for surgery on his leg and was later tested for COVID-19 after developing a high temperature.

- World Health Organization (WHO) Director-General Dr Tedros Adhanom Ghebreyesus has warned countries that lifting social distancing measures too quickly could have deadly consequences. He said: "Some countries are already planning the transition out of stay at home restrictions, WHO wants to see restrictions lifted as much as anyone, at the same time lifting restrictions too quickly could lead to a deadly resurgence. The way down can be as dangerous as the way up if not managed properly." 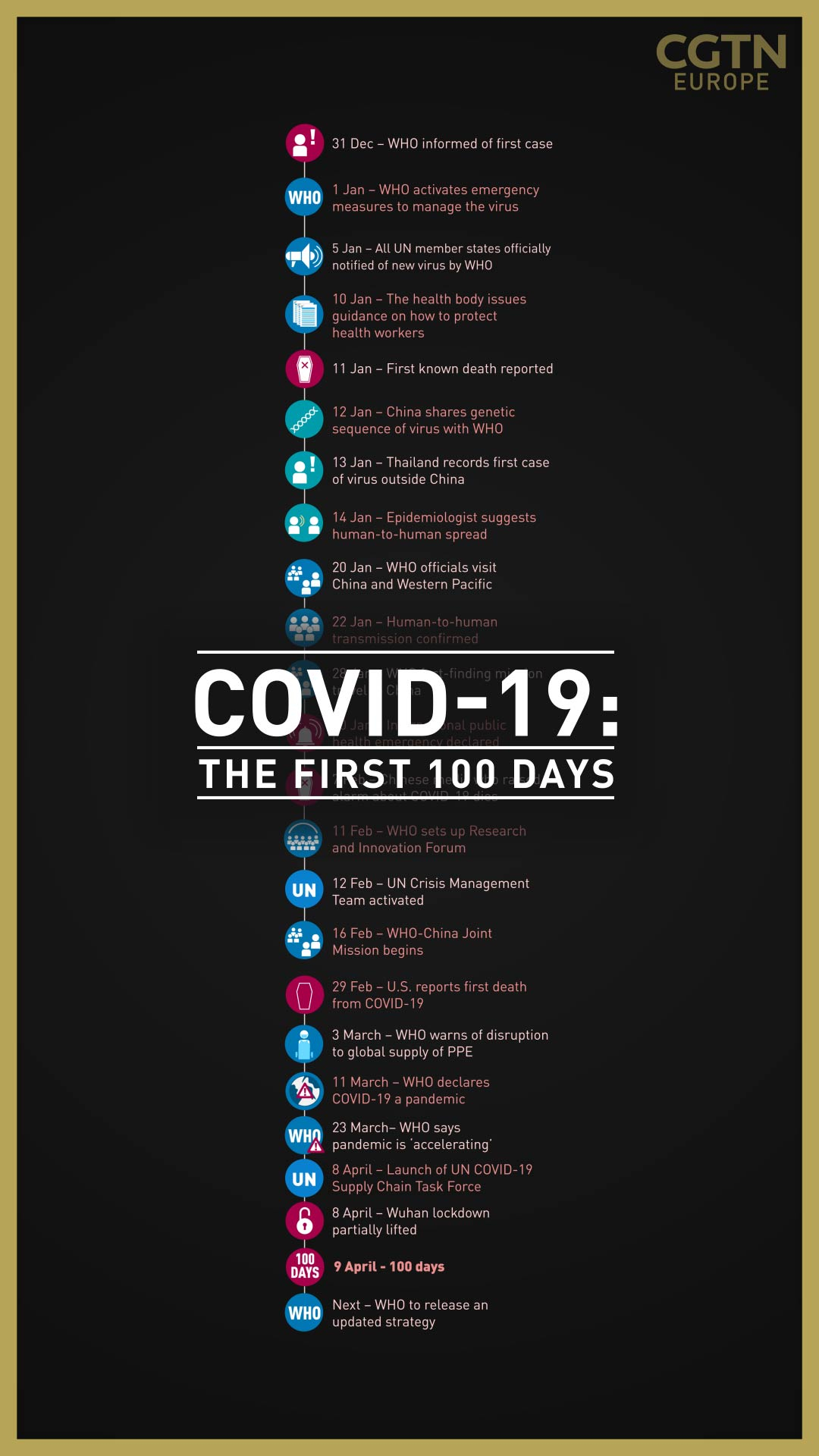 World Health Organization (WHO) director-general Tedros Adhanom Ghebreyesus has warned countries that lifting social distancing measures too quickly could have deadly consequences. In his latest news conference he said:  " The way down can be as dangerous as the way up if not managed properly.

"Some countries are already planning the transition out of stay at home restrictions, WHO wants to see restrictions lifted as much as anyone, at the same time lifting restrictions too quickly could lead to a deadly resurgence."

European finance ministers overcame deep divisions to agree on a $545 billion rescue package to blunt the economic carnage caused by coronavirus. The deal is three-pronged: credit lines into the bloc's bailout fund, a $110 billion support scheme for workers and loan guarantees for ailing businesses.

But this agreement may prove just a temporary truce, because, while ministers also backed the establishment of a large-scale temporary recovery fund, they left the essential details over size, timing and funding to EU leaders.

While the text of the agreement steered clear of the words "corona bonds" or "euro bonds," it did say discussions would focus on "innovative financial instruments." Some say this is code for the joint issuance of debt.

EU leaders could sign off on the agreement as early as next week and the money could start flowing within a fortnight.

There was a major setback for Belgium's healthcare workers in desperate need of personal protection equipment. Three million face masks delivered to the country last week have been rejected over quality issues. The head of a task force in charge of masks said: "At first glance, there were problems," without going into specifics. This is the second time a shipment of masks has failed to reach those most in need.

On a lighter note, the Easter Bunny has been dubbed "an essential" worker in Belgium and must report for duty this coming weekend. Virologist Marc Van Ranst, who has been spearheading Belgium's fight against the pandemic, said police have been notified and will not disturb the Easter Bunny's work. To be safe though, eggs will only be hidden in back gardens and the bunny will not visit grandma or grandpa this year. UK Prime Minister Boris Johnson remains in hospital but has managed "short walks" as he continues to recover from coronavirus. A government spokesperson said: "He has spoken to his doctors and thanks the whole clinical team for the incredible care he has received. His thoughts are with those affected by this terrible disease."

It's another warm weekend in the UK and the government is redoubling efforts to try to get people to stay at home.

A fancy advertising campaign has been rolled out across traditional and social media along with recommendations of cultural events that people can enjoy at home. And there's evidence more Britons are using online services as they stay locked in. Government figures suggest broadband providers have reported an up to 65 percent increase in daytime internet traffic. As for the battle against the virus, officials say the lockdown is "just starting to have an effect," which suggests the measures could be extended when they're reviewed early next week.

The death toll continues to rise and Prime Minister Boris Johnson appears on the mend, after being removed from intensive care. He's been in hospital since Sunday evening.

Spain's congress has voted in favor of extending its lockdown until 26 April, with a further extension until 10 May set to be discussed in two weeks' time.

Prime Minister Pedro Sanchez made the request during a heated debate on Thursday.

"The priority is not letting our guard down. We are starting to see the light at the end of the tunnel," he said.

Sánchez came in for heavy criticism from opposition parties, many of whom voted for the extension but were angry at the prime minister's handling of the crisis.

The main opposition Popular Party leader Pablo Casado said Spaniards deserved a government that didn't lie to them. Alluding to the difficulty authorities have had in finding a reliable way to count the number of people who have died from the disease. 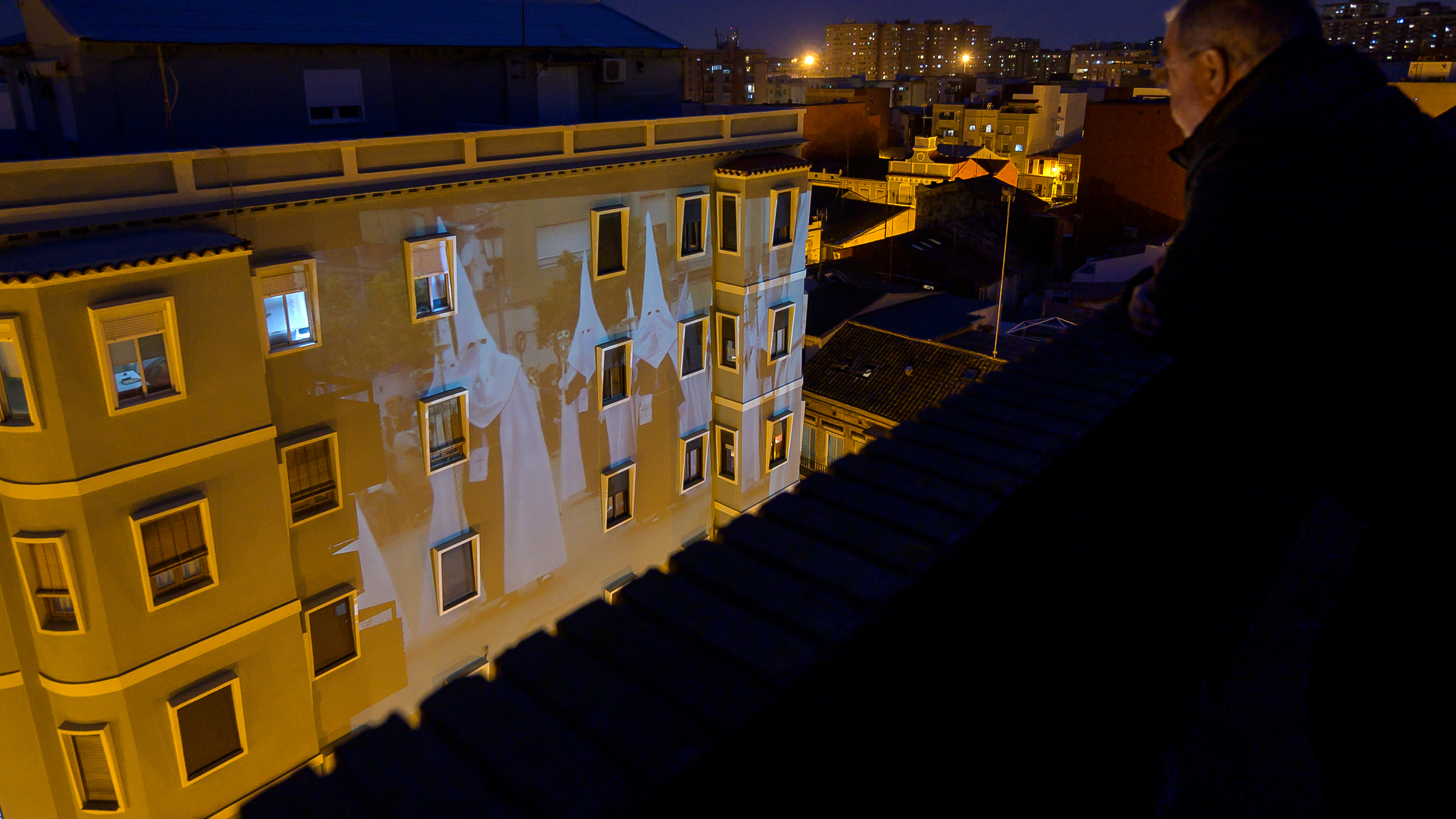 Prime Minister Viktor Orbán has extended Hungary's lockdown indefinitely and given mayors the power to introduce stricter rules in their areas as they see fit.

The government will assess the national lockdown on a weekly basis and decide on any further extensions.

At 22:30 local time on Thursday, the mayor of Budapest, Gergely Karacsony, announced on Facebook that he was ordering the closure of several popular park areas in the city, including Margaret Island, Obuda Island and the Roman Coast.

These areas, which have been packed with people exercising, picnicking, walking their dogs and generally enjoying the spring sunshine in recent days, will be closed between 08:00 and 22:00 for the four days over Easter.

The popular hiking area in the Buda hills, Normafa, is also closed, as is the shore of popular tourist destination Lake Balaton.

It's unclear whether these closures will continue beyond Easter.

Cases in Hungary have jumped from 980 on Thursday to 1,190 on Friday, the single largest daily increase since the outbreak of the virus.

There have been 10 new deaths overnight, bringing the total to 77.

Friday's jump in cases includes 151 infections in a retirement home in Budapest, of whom seven people had died.

The government says the number of confirmed cases could increase further still inside the retirement home, which has a capacity of more than 500, as laboratory tests are ongoing. 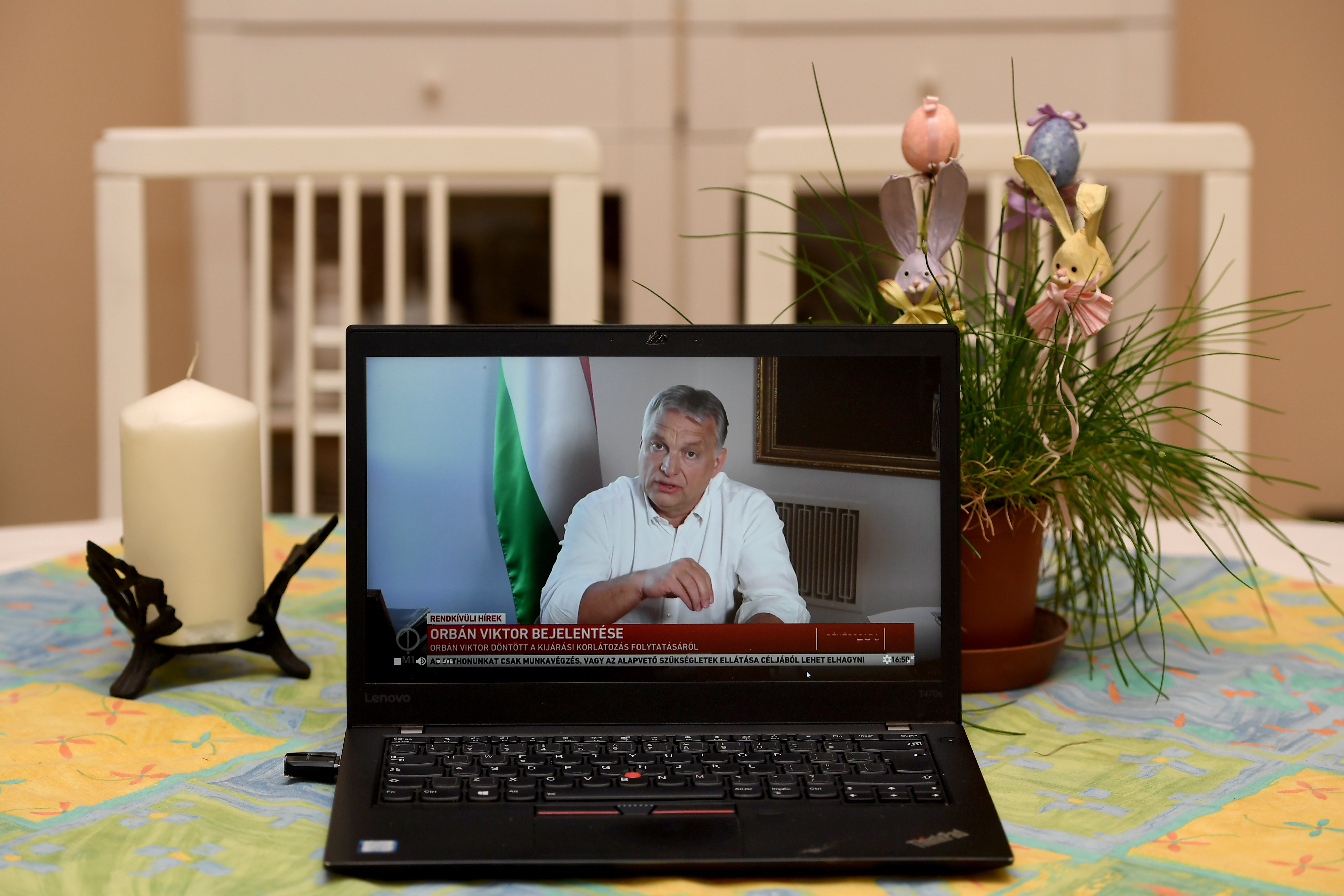 Hungary's prime minister, Viktor Orbán, is seen on a laptop in a flat in Budapest as he makes an announcement. /Attila Kisbenedek/ AFP

Hungary's prime minister, Viktor Orbán, is seen on a laptop in a flat in Budapest as he makes an announcement. /Attila Kisbenedek/ AFP

Quotient is scaling up production of the machines, called MosaiQ, at its factory in Eysins, Switzerland. The new serological screening machine is designed to conduct up to 120 different screenings simultaneously. Over the past month, Quotient has adapted the machines to test for coronavirus antibodies.

Just one machine can perform 3,000 tests a day, according to the company. Each test for the coronavirus antibodies will cost between $15 and $25.

Antibody screening identifies people who have already been exposed to the virus and developed immunity to it. This could identify asymptomatic individuals and mild sufferers of COVID-19.

The company's CEO, Franz Walt, said the world was facing major shortages of the critical components needed to make the tests amid serious supply chain disruptions.

CGTN CHINA: One-month lockdown in Italy: is it working?