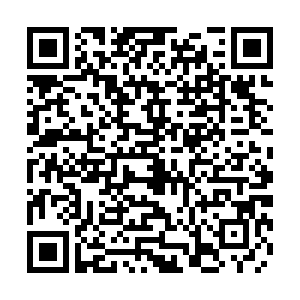 After weeks of clashes, the European Union's finance ministers have agreed to an emergency coronavirus rescue package worth 500 billion euros ($545 billion). The plan aims to mitigate some of the economic fallout from the pandemic and help member states get back on their feet.

"This plan contains bold and ambitious proposals that would have been unthinkable just a few weeks ago," said Eurogroup President Mario Centeno at a virtual press conference.

Talks ahead of the meeting on Thursday night yielded a compromise by the Netherlands, which backed down from insisting conditions be attached to credit lines from the bloc's $450 billion bailout fund, called the European Stability Mechanism (ESM). The only requirement now is that the low-interest-rate loans will have to be used to support healthcare systems during the pandemic. Member states will be allowed to draw up to 2 percent of their annual economic output and the money should be available within two weeks.

"After long and intense conversations over the last couple of days, the Eurogroup came to a good conclusion today. We made sensible agreements together for Europe and the Netherlands to face the corona crisis," Dutch finance minister Wopke Hoekstra tweeted shortly after the deal was struck.

Mobilizing the ESM is the cornerstone of the three-pronged proposed rescue plan approved by the Eurogroup. Finance ministers also backed a $110 billion scheme to support workers and a $220 billion loan guarantee program via the European Investment Bank to help cash-strapped firms.

France's finance minister, Bruno Le Maire, tweeted: "500 billion euros will be made available immediately. A stimulus package is to come. Europe is standing up to face the seriousness of the situation."

Recovery fund on the horizon

In addition to this core rescue package, the Eurogroup also agreed to a temporary recovery fund, which could funnel money to member states via the EU budget. But ministers steered clear of any details on how this will be funded. That job has been left to EU leaders.

One option is the so-called "corona-bonds" – the issuing of joint debt to be backed by all members. This remains very controversial and was not endorsed by ministers, but it will be the subject of intense debate going forward.

"This fund will pool our financial strength to accelerate the instrument we need," Centeno said. "Some member states expressed the view that this should be done by common debt instruments. Other member states said alternative ways should be found."

EU leaders are now left to wrangle over how the recovery fund will be structured and funded. They also need to sign off on the deal, which could happen as early as next week, when they are scheduled to hold a summit.