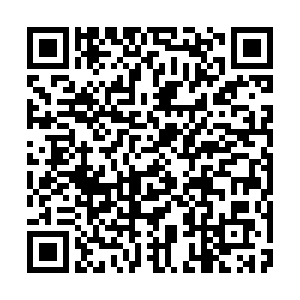 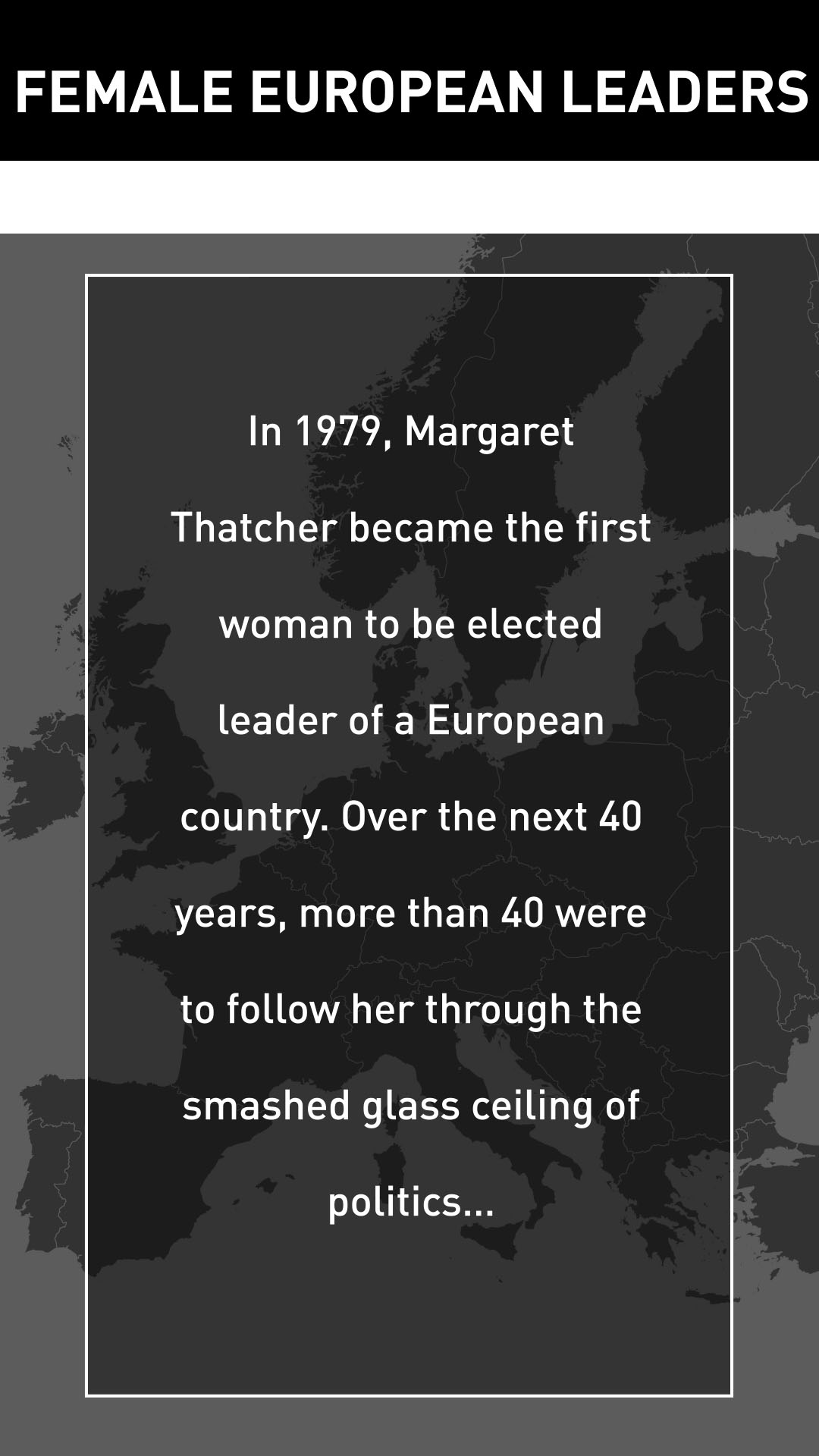 On November 22, 2020, Angela Merkel reached a notable landmark: 15 years as the chancellor of Germany. As the leader of Europe's biggest economy and a country pivotal to the European Union, Merkel has demonstrated remarkable longevity in a globally crucial role: in 2015, granting her the prestigious Person of the Year title, Time magazine called her the "Chancellor of the Free World."

It's to Merkel's credit that her gender is scarcely mentioned, because female leaders are still relatively rare considering women make up half of the human species. Like it or not, female leaders will have their gender brought up much more often than their male counterparts, because they are often blazing a trail.

On May 4, 1979, the UK started a revolution by electing Margaret Thatcher as the first female head of a European government. She wasn't the world's first female leader, even in modern times – Sirimavo Bandaranaike was elected in Sri Lanka in 1960, back when it was Ceylon – but Thatcher kick-started an era of much greater female presence at the top of politics.

"Leader" can mean different things, from head of government to head of state with various shades in between. Thatcher came to power under the female head of state Queen Elizabeth II, but the British monarch's position is ceremonial and unelected. Many European countries have presidents as well as prime ministers, sharing their power in different ways and to different extents.

Within three months of Thatcher's election victory, Maria de Lourdes Pintasilgo became prime minister of Portugal, albeit elected by the president rather than the public. She only lasted three months, but the next female leader stuck around much longer. 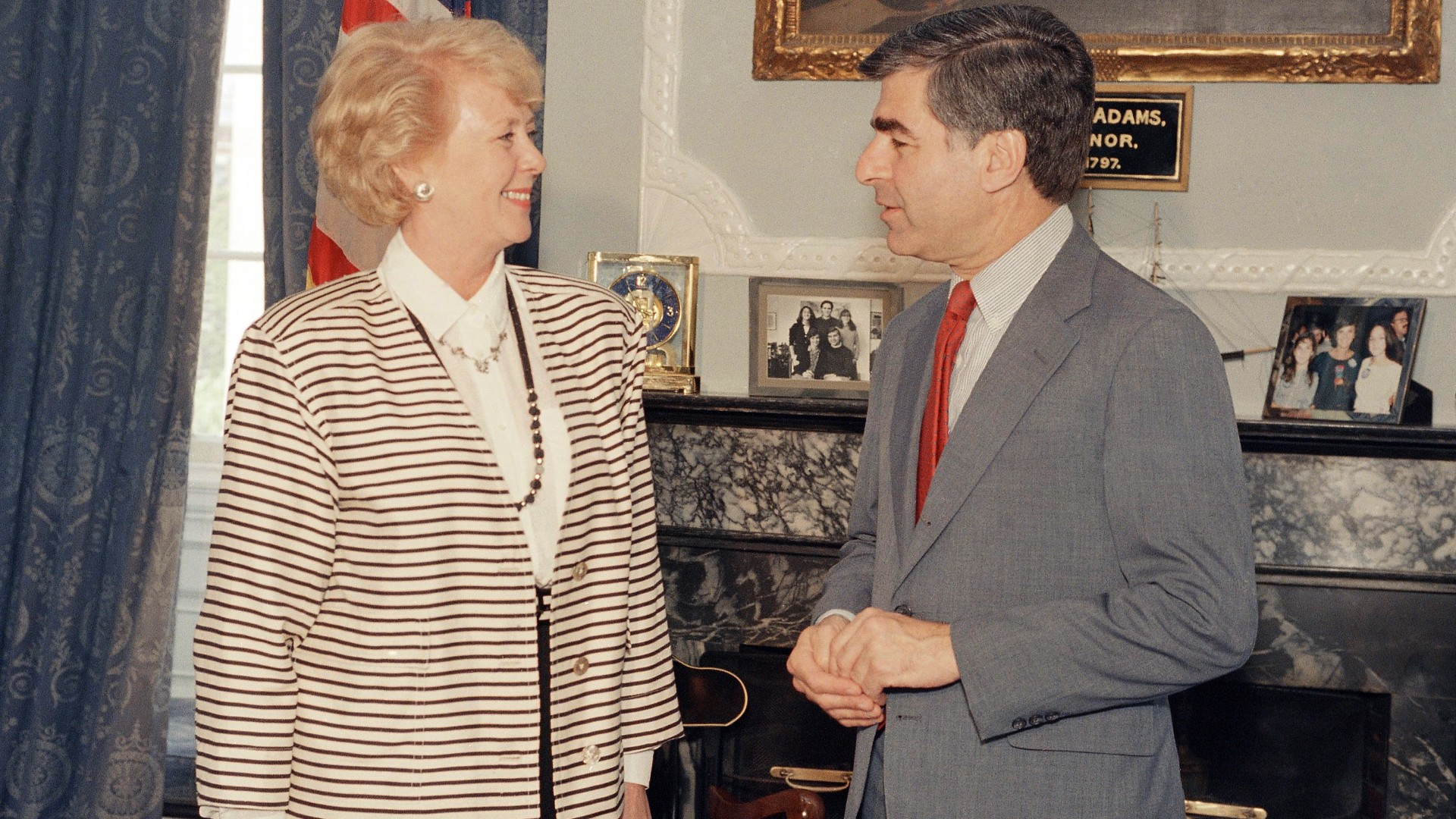 In 1980, Iceland made Vigdis Finnbogadottir the world's first democratically directly elected female president and kept her in the job for 16 years to the day, a record for any female leader. Finnbogadottir was a pioneer more than just politically: divorced in 1963, she nevertheless became the first Icelandic single woman to be allowed to adopt a child.

Across the North Sea, Gro Harlem Brundtland became Norway's prime minister in 1981, then again in 1986, then once more in 1990. Eight of her 18 cabinet members in the second of those terms were female. By that point, Milka Planinc was prime minister of Yugoslavia, remaining in the post from 1982 to 1986. 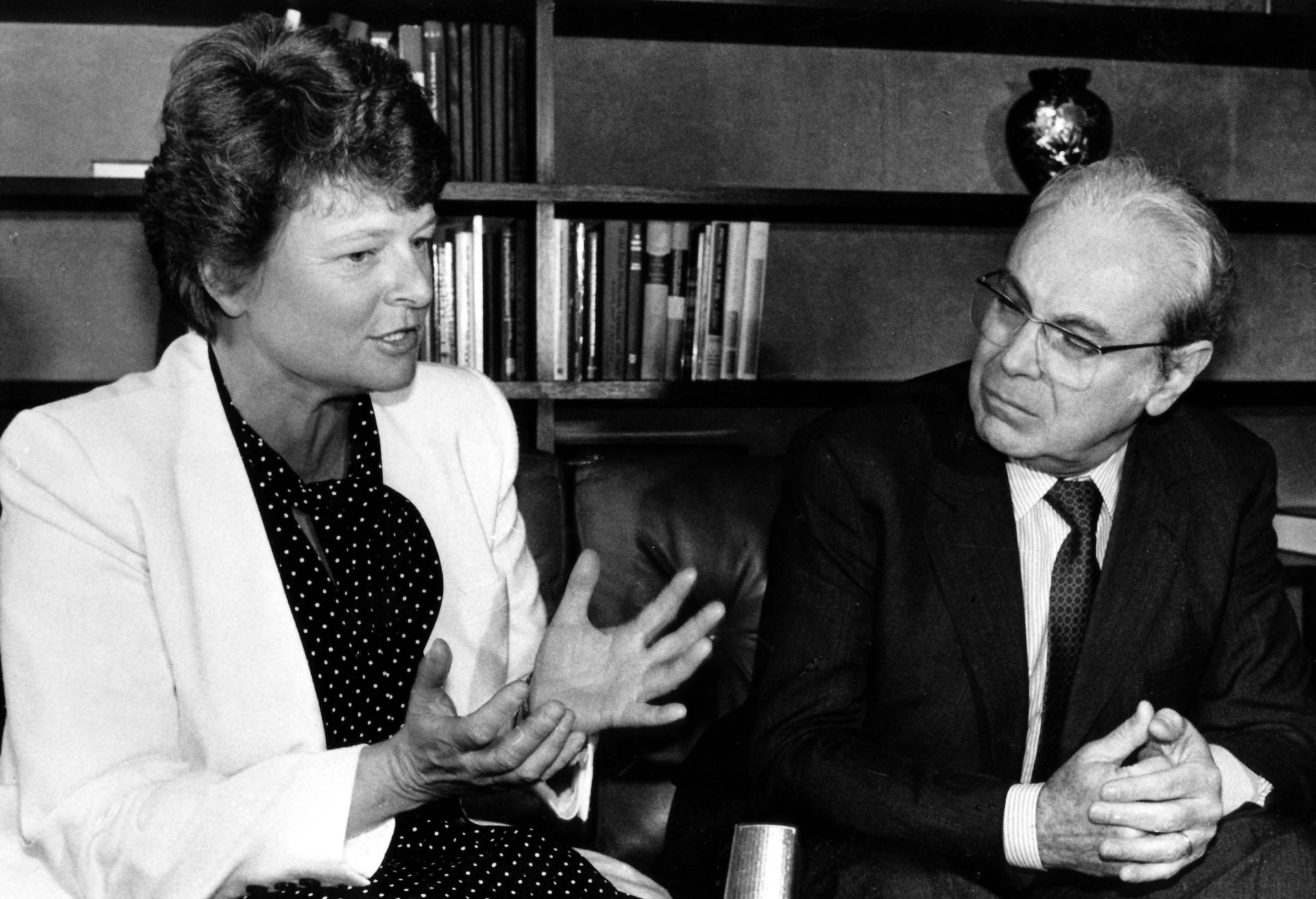 For some in Ireland, the country's social history can be sharply divided into the time before and after Mary Robinson's presidency. A Catholic married to a Protestant, this Harvard-trained lawyer had campaigned for women's rights since the 1960s and brought a popular progressiveness to Irish politics. During her tenure, contraceptives were made fully available and homosexuality fully decriminalized, while she ignored reactionary advice by meeting with the Pope, not to mention Sinn Fein and the UK's royal family. 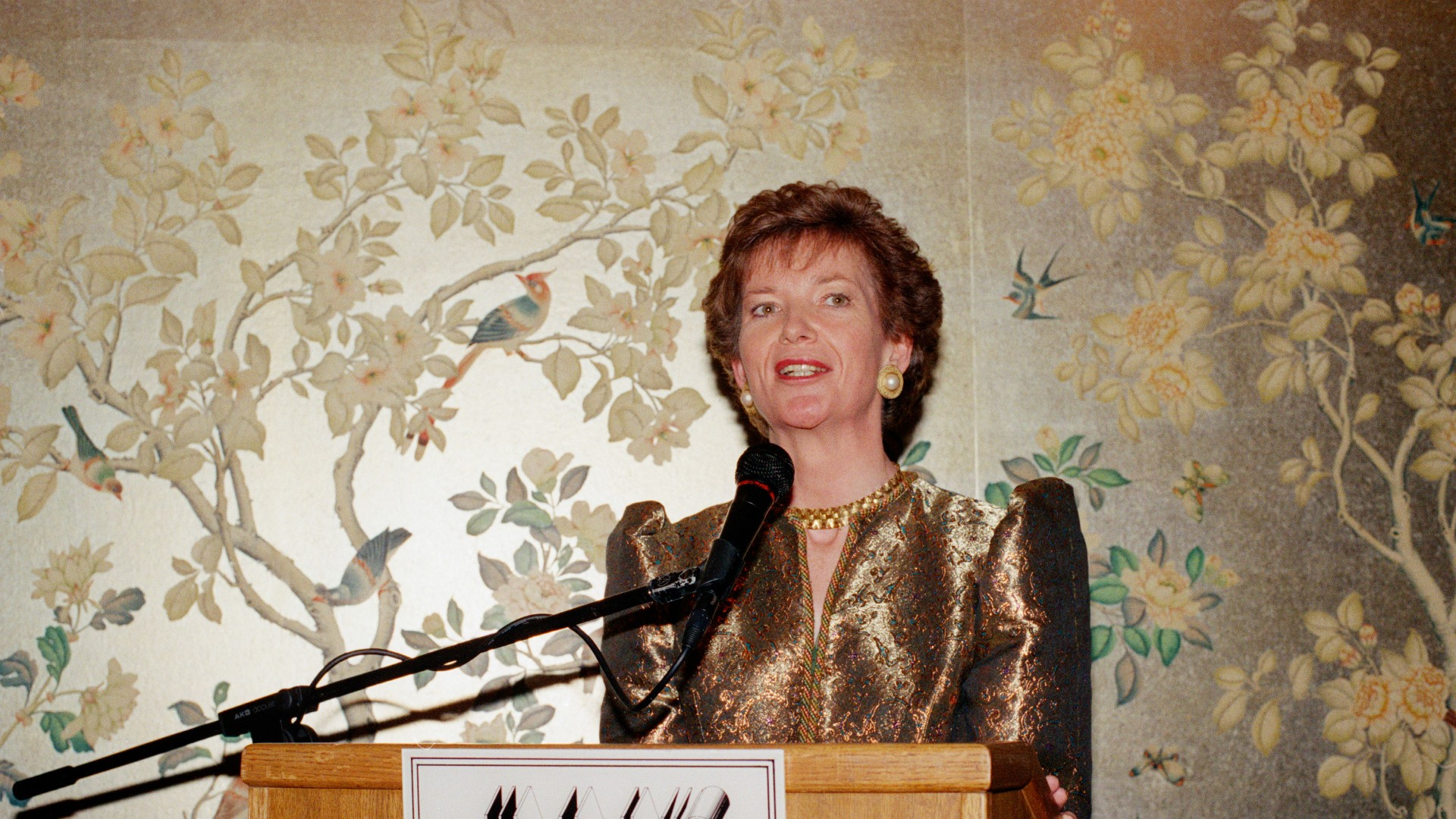 In 1991, the French president Francois Mitterrand nominated Edith Cresson as his prime minister. Her image damaged by various quotes seen as homophobic and racist (her effigy was burned in Tokyo), she lasted less than a year and remains France's only female head of state or government.

The same can't be said of Poland, where in 1992 Hanna Suchocka became the first of three female prime ministers so far – in her case, balancing a fractious ruling coalition in a seven-party parliament. 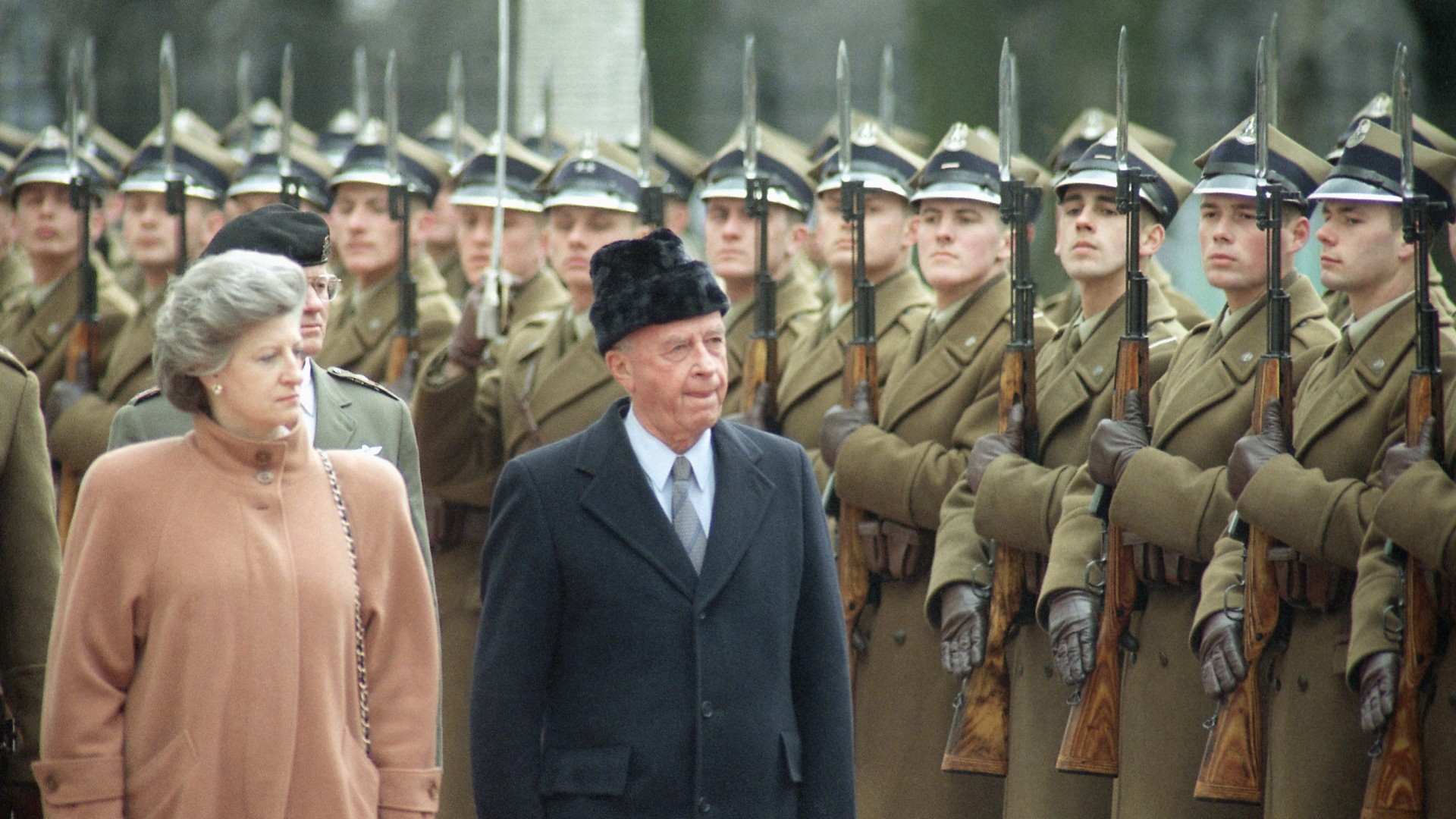 After five new female leaders in the first three years of the 1990s, the pace dropped off again. In 1997, Ireland voted Mary McAleese to replace Mary Robinson; the second Mary lasted a day short of 14 years, meaning Ireland had female presidents for almost 21 years. Born in Northern Ireland, she helped build bridges between religious communities and between Ireland and the British.

In 1999, Latvia's parliament, the Saeima, elected its first female president, Vaira Vike-Freiberga, who had previously spent 33 years as a professor of psychology at the University of Montreal. Almost universally popular, she remained in the post for the state-imposed maximum of eight years. 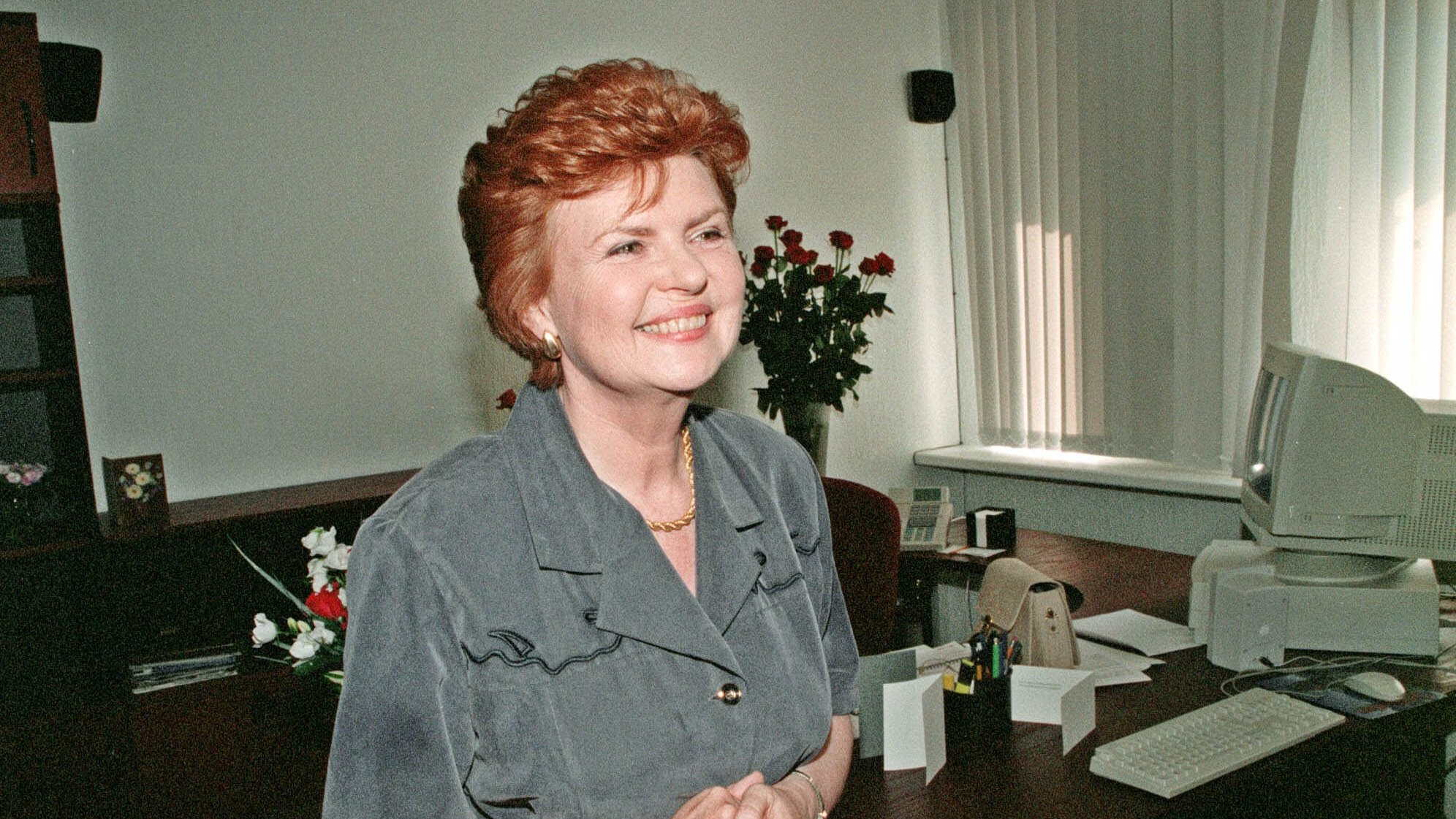 After Poland, Lithuania and Latvia, the next Baltic Sea-bordering nation to elect a female leader was Finland, with Tarja Halonen elected by popular mandate in 2000 (and narrowly re-elected in 2006). In 2003, Finland also voted in its first female prime minister, Anneli Jaatteenmaki, although she only lasted two months before resigning over allegations of leaking secret state information for political gain. She was investigated by police but later acquitted.

The same can't be said of Europe's next female leader. Having helped lead Ukraine's Orange Revolution, Yulia Tymoshenko became the country's prime minister from January to September 2005 and again from December 2007 to March 2010 – but then spent three years in jail from 2011 over a gas-importing contract; she was released after the 2014 Euromaidan Revolution. 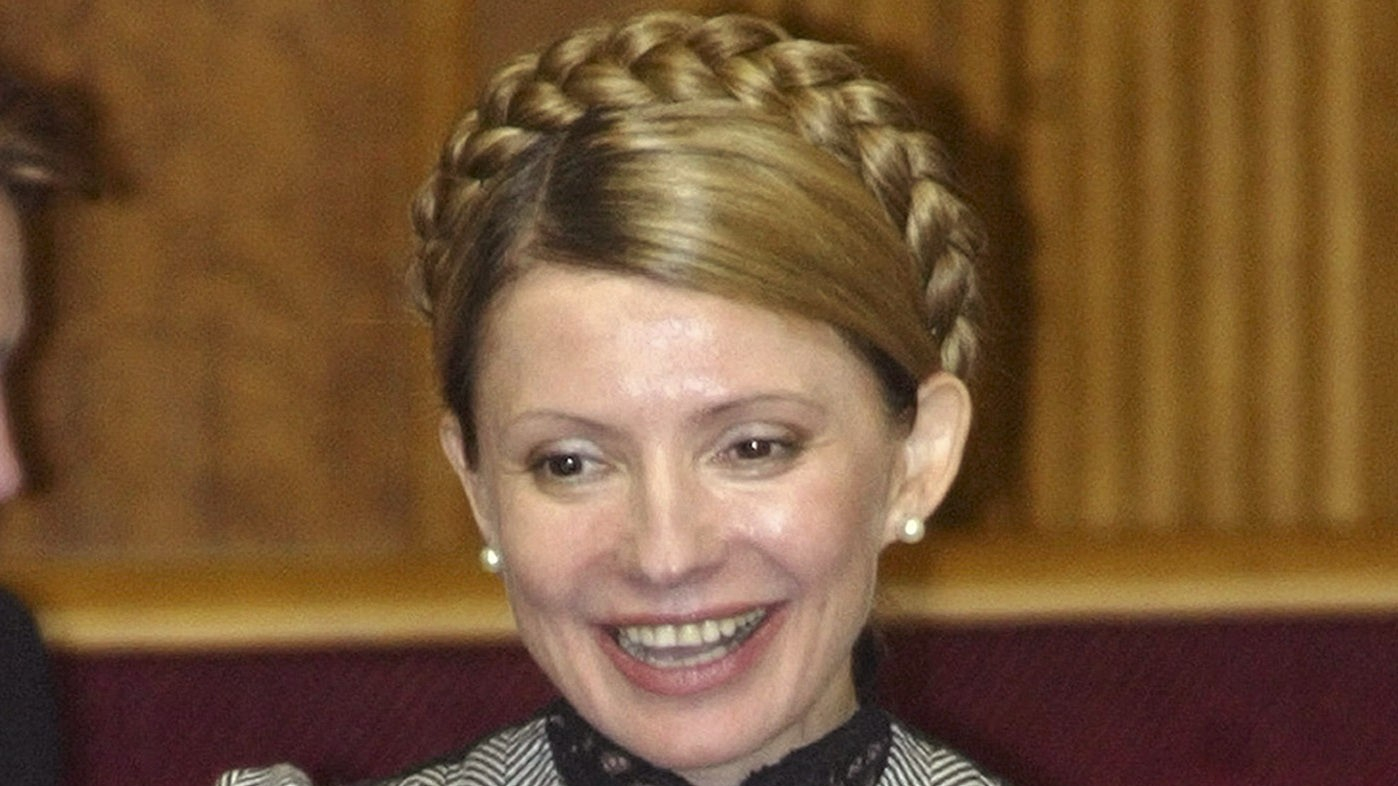 The path has been rather smoother for Angela Merkel, the former research scientist with a doctorate in quantum chemistry who became Germany's chancellor in November 2005. Often described as the most powerful woman in the world, she will step down at the next German federal election, due by late October 2021, which means Merkel will fall just short of Icelandic president Vigdis Finnbogadottir's 16-year term, still a record for a female European leader.

Merkel presumably sent messages of congratulations to the groundbreaking women who followed her. Zinaida Greceanii became Moldova's prime minister in 2008; she lasted a year but the country returned another female leader in Maia Sandu this year.

Having led the way by electing a long-term female president in Finnbogadottir, Iceland did the double in February 2009: Johanna Sigurdardottir was not only the country's first female prime minister, but also the world's first openly LGBT head of government. Later the same year, Jadranka Kosor became Croatia's first female PM – although Milka Planinc, who had led Yugoslavia in the mid-1980s, was from what is now Croatia. 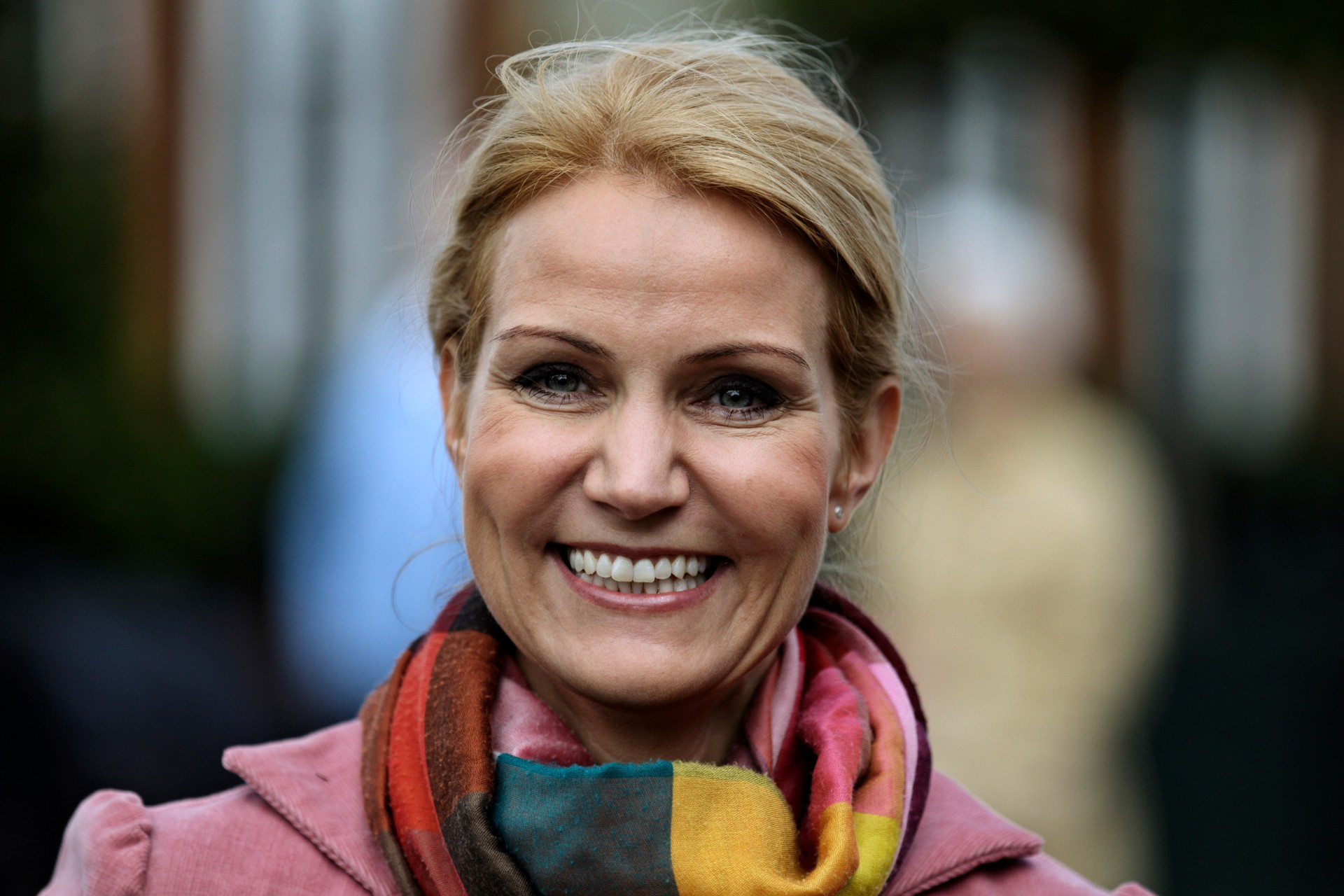 In 2010, Iveta Radicova became Slovakia's first female PM; after the most popular party failed to form a government, she headed a fragile coalition for a year before losing a vote of confidence in a sharply divided parliament.

Having become the first female leader of Denmark's Social Democrats in 2005, Helle Thorning-Schmidt became the country's first female PM in 2011 – replacing a run of three successive men called Rasmussen, none of whom were related to one another. Thorning-Schmidt's party won the most votes at the 2015 election but was defeated by a center-right coalition; she stood down as party leader, and in June 2019 her replacement Mette Frederiksen became Denmark's second female PM. 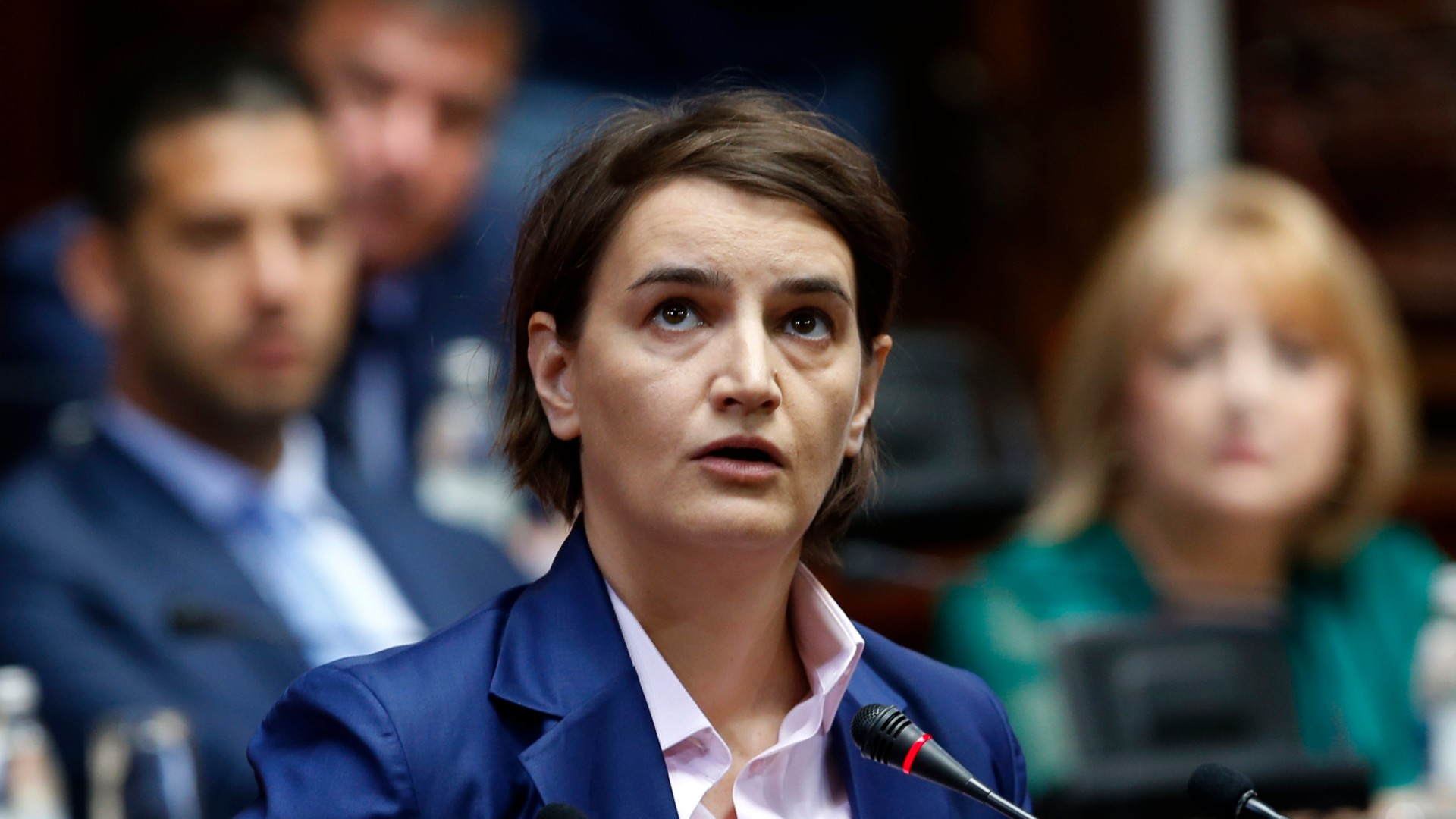 Slovenia was the next country to welcome its first female leader, Alenka Bratusek, in March 2013 – but perhaps "welcome" isn't the right word, as the reaction to her arrival typifies the trouble women can still face: one right-wing political commentator expected her government to last "as long as her skirt's length" – in which case, her skirt was 13 months long.

As in so many spheres, things went on hold a little in 2020, with three new female leaders. Katerina Sakellaropoulou broke new ground as president of Greece, Ingrida Simonyte will become the new prime minister of Lithuania, and in December Maia Sandu – the year after being Moldova's second female prime minister – will become its first female president.

At the time of publication (November 22, 2020), there are now 10 incumbent female leaders in Europe, more than ever before. Even then, one could argue it's still not nearly enough. Depending on your definition of geography and sovereignty, Europe has somewhere between 40 and 50 nations; in addition to a head of government, something slightly less than half of these have a functioning elected head of state. Whether the number of political chief positions to aspire to is around 60 or closer to 75, certainly 10 does not represent an equal share for an entire gender.

Even so, 10 women is significantly more than a single Margaret Thatcher, even if the "Iron Lady" operated in a time of a less fractured Europe. By any argument, the distribution of political leadership by gender is more equal quantitatively; the less easily discernible issue of how qualitatively power is distributed, and moreover each gender's effectiveness at running the show, is one that political scientists and experts can argue for the next four decades and more.

The 10 current female leaders stretch back from the newcomers all the way to old hands such as Merkel and Erna Solberg. The Norwegian prime minister may not be as widely known, but the woman once nicknamed "Iron Erna" has been in politics since 1979 – the year Thatcher became UK leader, starting an ongoing trend in female political leadership.