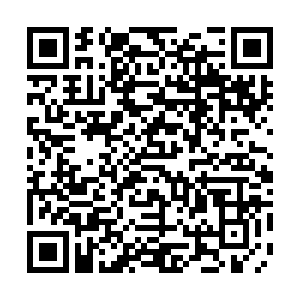 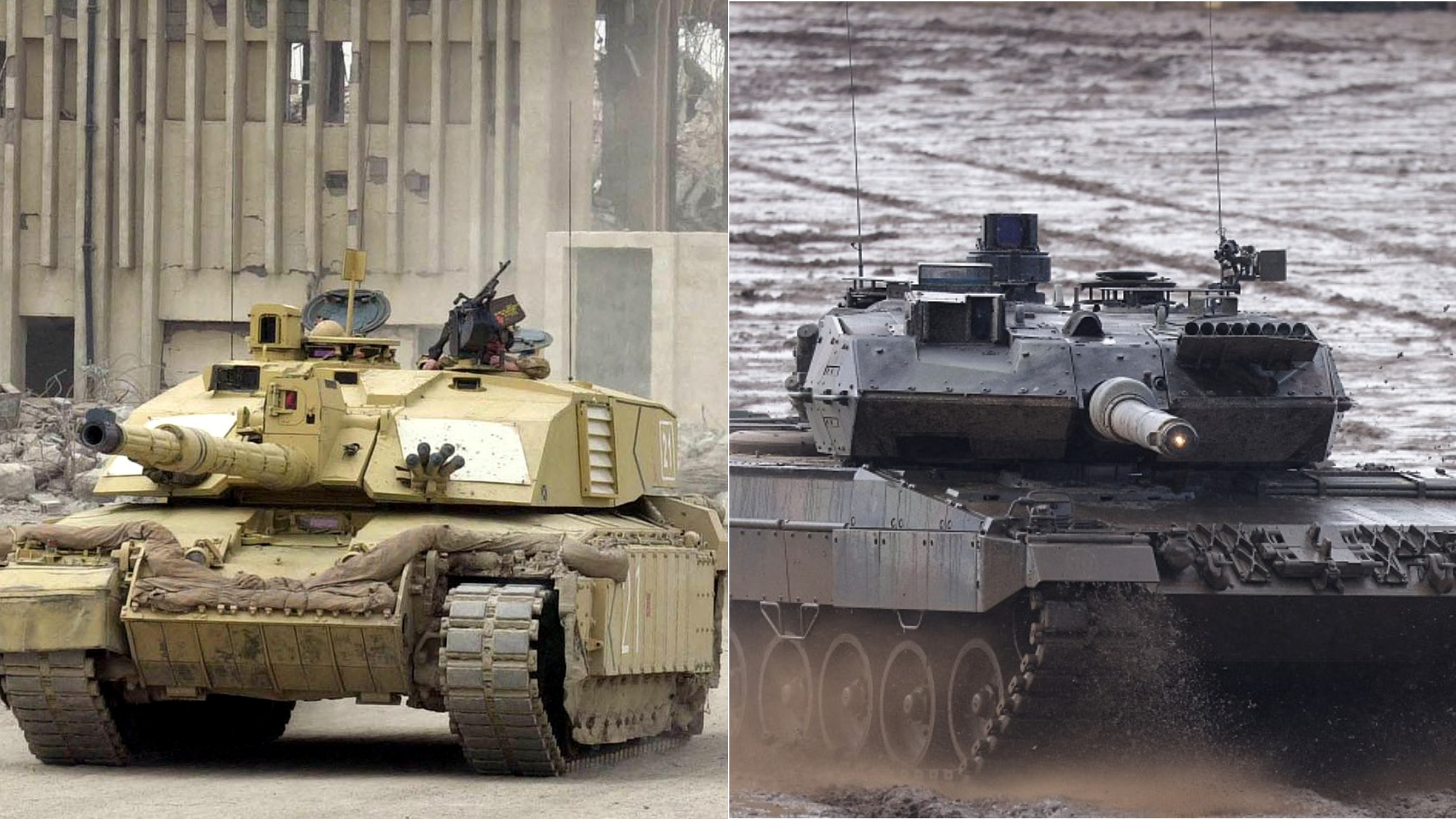 The Challenger 2 and Leopard II tanks which could soon be operating in Ukraine. /Sean Gallup/Getty and Tony Nicoletti /Reuters

The Challenger 2 and Leopard II tanks which could soon be operating in Ukraine. /Sean Gallup/Getty and Tony Nicoletti /Reuters

"They will not only strengthen us on the battlefield, but also send the right signal to other partners."

The words of Ukrainian President Volodymyr Zelenskyy after UK Prime Minister Rishi Sunak told him in a phone call on Saturday that Britain would send 14 Challenger tanks and additional artillery support.

The Russian Embassy in London said supplying tanks would drag out the confrontation, lead to more victims including civilians, and was evidence of "the increasingly obvious involvement of London in the conflict.”

Huge decisions await that will affect this conflict, which is now almost a year old.

Could sending tanks help Kyiv break the deadlock, could they just escalate the war, what other tanks are available and why are they so important to Zelenskyy?

The Challenger 2 is a battle tank designed to attack other tanks, and has been in service with the British Army since 1994. It weighs 62.5 tonnes and is armed with a 120mm rifled gun and a 7.62mm chain gun.

Last year, the UK sent 14 of them to Poland as part of a deal to help Ukraine by freeing up capacity for Warsaw to supply its Soviet-era T-72 tanks to Kyiv.

Ukraine's military is mainly using these T-72 tanks. For a long time, however, Zelenskyy's team has had its eye on mass-produced, German-made Leopard II tanks. They are used by many European allies, including Germany, Poland, Turkiye and Finland.

This Leopard tank is regarded as one of the West's finest. German defense company Krauss-Maffei Wegmann has built over 3,500 since production began in 1978.

It weighs more than 60 tons, has a 120mm smoothbore gun and can hit targets at a distance of up to 5km. Twenty nations operate this tank, meaning several of them could provide some of their own to support Ukraine. This would also make it easier for Kyiv to manage maintenance and crew training.

However, re-exporting Leopards tanks requires approval from the German government, so other nations can't send them to Ukraine until they get the green light from Berlin. Warsaw and Helsinki have already suggested they are keen to supply Kyiv. 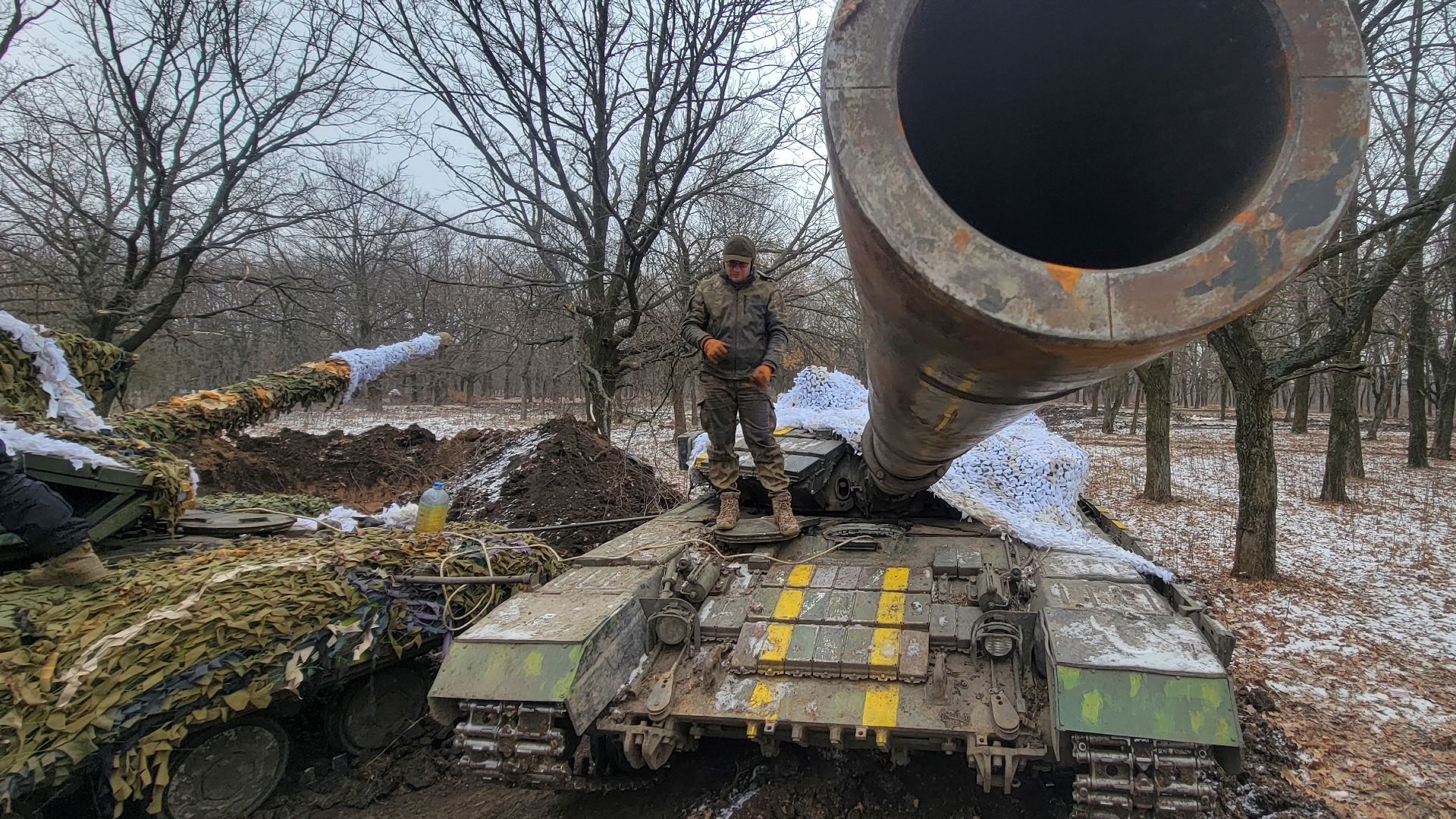 Ukraine wants to beef up its tank capabilities./ Vladyslav Smilianets/Reuters

Ukraine wants to beef up its tank capabilities./ Vladyslav Smilianets/Reuters

Polish President Andrzej Duda said last week he hoped tanks from a range of Western allies would "soon sail through various routes to Ukraine and will be able to strengthen the defense of Ukraine."

Germany has played it cautiously. Chancellor Olaf Scholz has been more reluctant to equip Ukraine with weapons than other countries such as the U.S. and UK. But some German officials appear to be softening ahead of a meeting of Ukraine's allies in Ramstein in Germany next Friday where governments will announce their latest pledges of military support.

Russia is downplaying the arrival of fleets of tanks on Ukrainian soil. Its London embassy said the tanks would not turn the "tide on the battlefield," but would "become a legitimate large target for the Russian artillery."

So what is all the fuss about with these vehicles? A former British tank commander said Western tanks could "tip the balance" for Ukraine and that it would send a message to Russian President Vladimir Putin that "nothing is off the table."

Although the Challenger 2 has not been upgraded since the 1990s, both these Western tanks are regarded as more modern, better protected, more reliable and quicker than most others around the world. 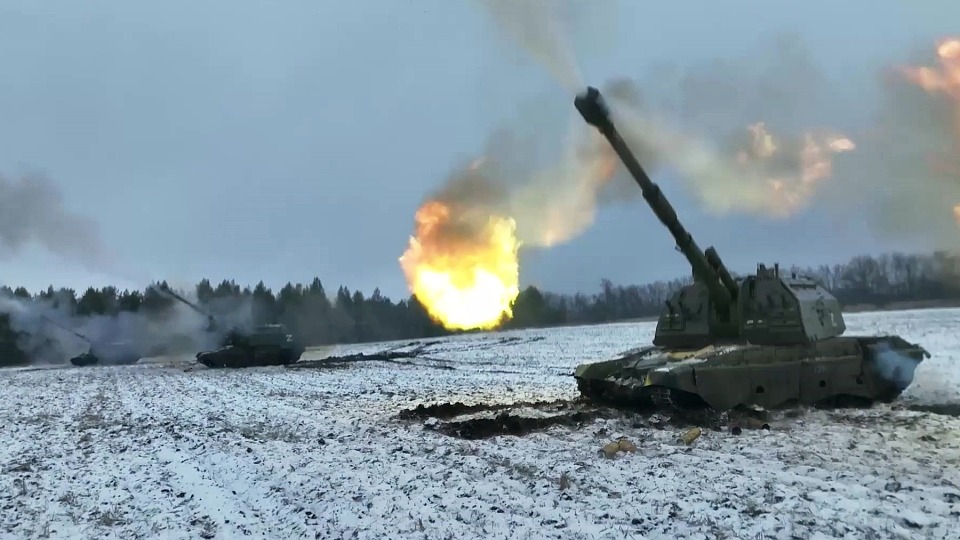 Regardless of intentions and demand, supply of these tanks is critical if Ukraine wants to increase its offense capacity this spring as Russia steps up its attacks with the anniversary of the start of the conflict approaching.

Three decades after the end of the Cold War, tanks and other heavy weapons are in scarce supply in most of the West. Many countries drastically reduced their armies after the fall of communism. Germany has about 350 Leopard 2 tanks. They had around 4,000 battle main tanks at the height of the Cold War. It is impossible to buy a large amount of Leopard 2 tanks quickly.

Germany's defense industry is banned by law from producing them for stock-keeping. Countries ordering new tanks need to be prepared to wait two to three years for delivery. Even if production was ramped up, experts say it could take at least two years for the first new tanks to leave the factory. 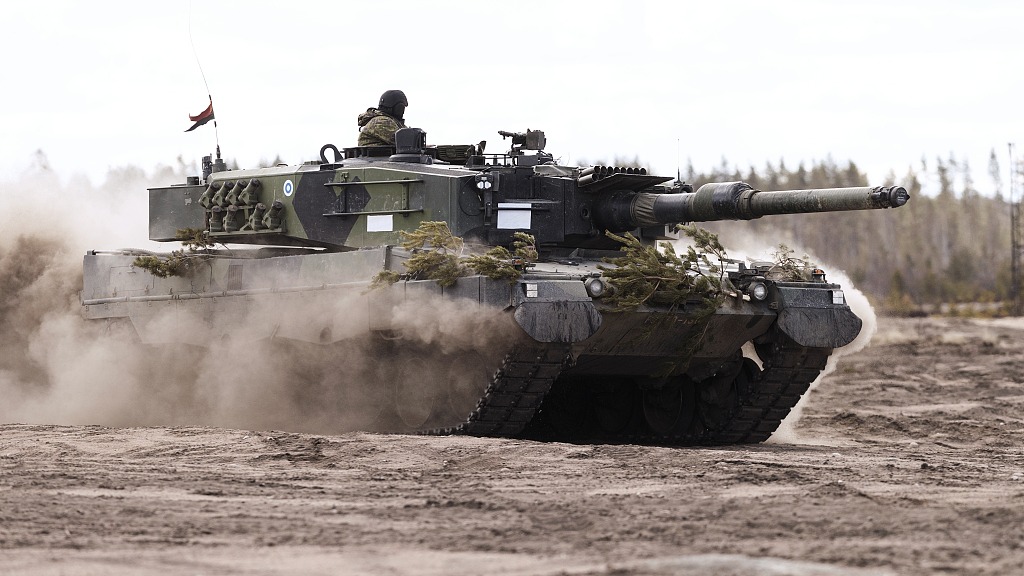 Are other tanks available?

The U.S. operates thousands of M1 Abrams tanks, built by General Dynamics, but they are seen as unsuitable for Ukraine as they are driven by gas turbine engines. The Leopard 2 runs on a more economical engine that burns diesel, which is easier to obtain than kerosene.

While France uses Leclerc battle tanks, it announced on Friday it would deliver 'AMX 10-RC' vehicles to Ukraine, although some experts describe this as an armored vehicle rather than a tank. Ukraine and France have insisted this is a light tank.

Western officials are looking to strike a delicate balance between ensuring Ukraine can defend itself and not supplying arms that could encourage Kyiv to make attacks on Russia or draw NATO into conflict with Moscow.

While Moscow has condemned escalations in arms supplies for Ukraine, this has not led to any military consequences for the West. That has made governments more open to the idea of sending tanks.

Zelenskyy will be watching next Friday's meeting with some 50 nations in Germany very closely. It will be a big test to measure where everybody stands and how much appetite there is to provide further military support to Ukraine.

In his nightly address at the weekend, Zelenskyy highlighted that tanks were high on his wanted list. "It's really what is needed. And I believe that similar decisions will still be made by other partners – those who understand why such evil cannot be given a single chance."