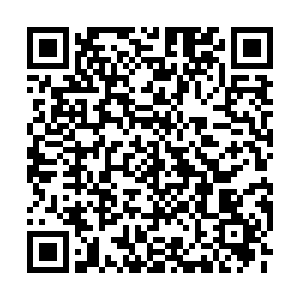 As the war in Ukraine continues, rising gas prices have ramped up the cost of fertilizers, impacting farmers around the world, including in Europe.

Most EU farmers are worried about a shortage as their nations have stopped or decreased imports from Russia. But in Greece, which continues to import Russian fertilizer, the concern is about high prices, rather than availability.

Valadis Stagoudis, a second-generation fertilizer distributor, deals with farmers daily. He runs one of the largest fertilizer warehouses in Greece's agricultural region of Larissa.

Even fresh snow won't save all Italy's ski resorts

After the war in Ukraine broke out Valadis was concerned about stock supply, even though fertilizer and agricultural products are exempt from EU sanctions. Almost a year later the little white granules continue to arrive.

"Look there is uncertainty in the market and farmers are worried whether there is enough fertilizer for the upcoming farming season and all that affects us too, but so far we keep on receiving Russian fertilizer and our warehouse is almost fully stacked," said Stagoudis.

Stocks in his warehouse are vital to Greek farmers, who get the majority of their fertilizer from Russia. But the full warehouse is another source of concern for Valadis, now prices are so high.

"There are a few farmers I personally know that don't use fertilizers anymore, simply because they can't afford them. For example, some products that two to three years ago cost 400-450 dollars, now the same product costs over 900," said Stagoudis.

Raw materials coming from Russia are needed for the production of ammonia, urea, and nitrate, fertilizers that are most commonly used by Greek farmers.

Official data from the Hellenic Statistical Authority indicates these imports are on the rise. In the first 11 months of 2022, 140 per cent more Russian fertilizer was imported compared to the previous year at a cost of $300 million.

Greece's largest port of Piraeus is where most of the containers with Russian fertilizers arrive. After docking, the fertilizer gets loaded on to trucks and trains and transported to the country's farmlands.

The price of this process has risen due to inflation and increased transportation costs.

"It is no secret that after the war in Ukraine, prices of many products increased. And that's what we see in Greece with fertilizers. The price of the imports increased without necessarily meaning that the volume increased," said Political Scientist - International Relations Expert, Theodoros Tsikas.

Back in this warehouse in Larissa, Valadis is organizing his stock for the upcoming spring season.

For Greek distributors having enough in stock is a relief, but as the war continues and production costs rise, their relief might turn into concern.