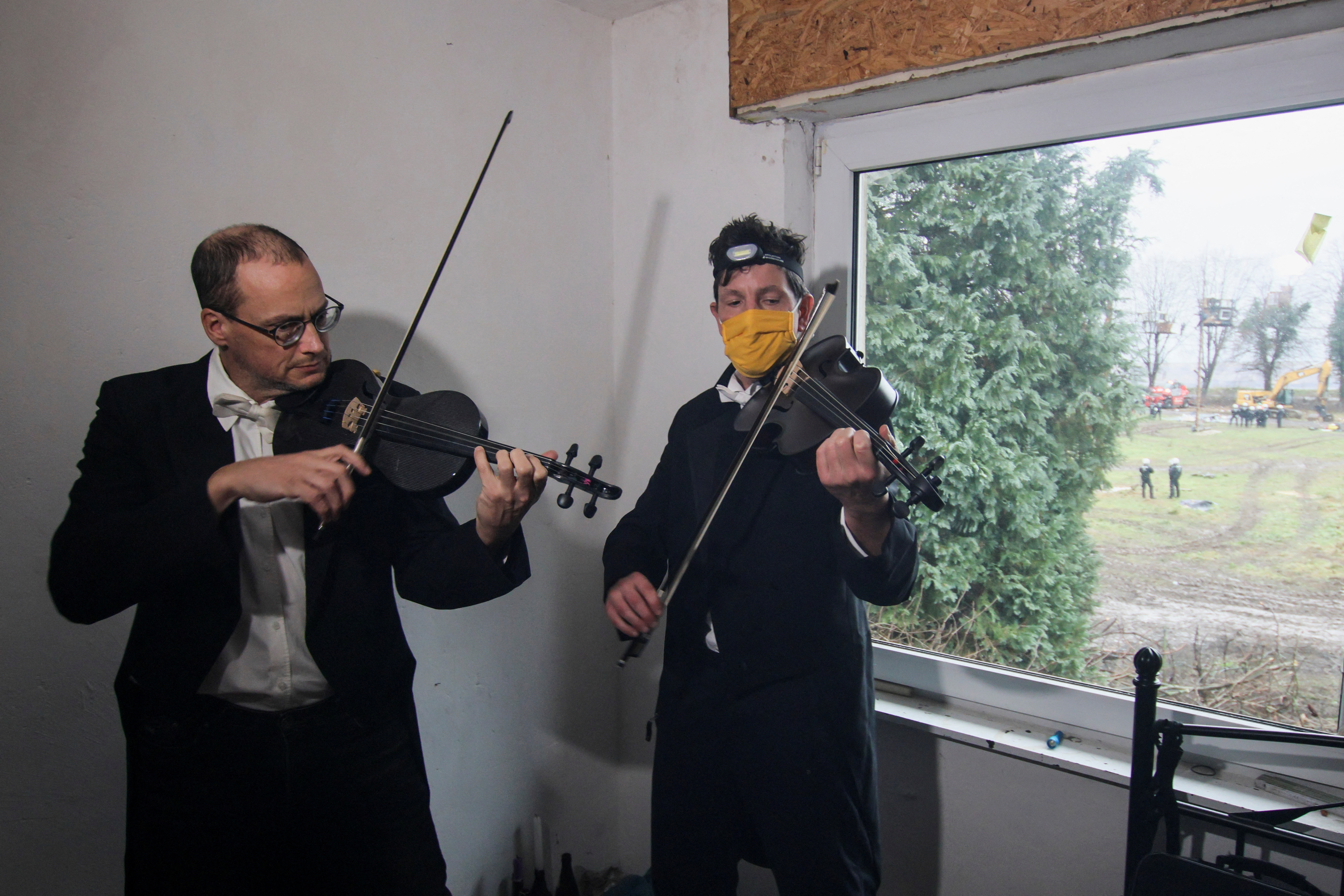 Musicians Thomas Gerlinger and Luppe play violin and viola in an abandoned house in protest against demolishing Luetzerath village to expand the Garzweiler open-cast lignite mine on Thursday. /Wolfgang Rattay/Reuters

Musicians Thomas Gerlinger and Luppe play violin and viola in an abandoned house in protest against demolishing Luetzerath village to expand the Garzweiler open-cast lignite mine on Thursday. /Wolfgang Rattay/Reuters

German police have stepped up their attempts to clear hundreds of climate protesters holed up in an abandoned village in western Germany.

A continuing standoff over the expansion of a coal mine continued into a second day of mass protest at the site in the village of Luetzerath.

Police progress has been slow, with just two people detained and three more in custody since the operation started on Wednesday, according to an Aachen police spokesperson. Activists said hundreds of protesters were still at the site.

Equipped with ladders, police climbed the walls of one of the abandoned houses in the village as protesters in the building and on its roof chanted "People got the power" and "Luetzerath stays."

Protesters have formed human chains, staged sit-ins and occupied deserted buildings which will be razed to make way for the mine's expansion. Some have dug themselves into holes in the ground, while others hung suspended from wooden tripods.

The standoff has been relatively peaceful, with a few minor injuries on both sides according to police who on Thursday said they were prepared for all scenarios, including further escalation with the squatters in the coming days.

Police said it could take weeks to resolve the standoff with environmentalists, which is seen as a symbol of Berlin's failing climate policy in light of the energy crisis in Europe's biggest economy.

Demonstrators are seeking to block expansion of the Garzweiler lignite coal mine, run by energy firm RWE, in the western state of North Rhine-Westphalia. Following a court decision allowing RWE to proceed with the expansion, hundreds of police in riot gear moved in on Wednesday morning, clearing barricades erected by the activists. 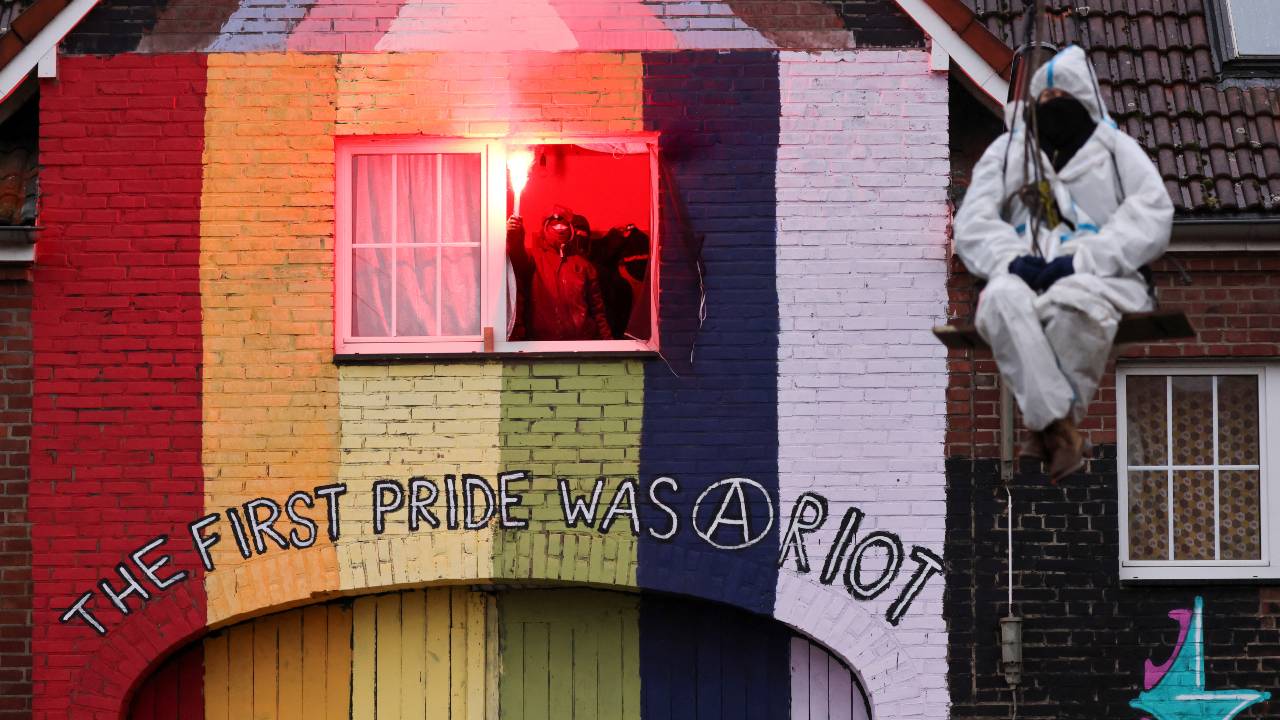 Activists take part in a sit-in protest against the expansion of the Garzweiler open-cast lignite mine. /Thilo Schmuelgen/Reuters

Activists take part in a sit-in protest against the expansion of the Garzweiler open-cast lignite mine. /Thilo Schmuelgen/Reuters

The Garzweiler mine extracts around 25 million tonnes of lignite every year, according to RWE. The company has said it supports both energy transition and a temporary increase in the use of lignite-fired plants to tide Germany through the energy crisis.

Above the din of bulldozers and the shouts of climate activists, two violinists bid their own farewell to the place set for demolition. In full concert dress, the pair performed music by composer Bach from a makeshift balcony of a small house in the abandoned village.

The government, which includes the Greens party in a three-way coalition, has defended the mine project as a necessary short-term fix, but it has disappointed many supporters of the Greens.

In a separate action, climate activists occupied the regional office of Germany's vice chancellor Thursday, accusing the Green party politician of betrayal. The Ende Gelaende group said on Twitter that it had broken into the office of Economy Minister Robert Habeck – a Greens member – in the northern town of Flensburg.