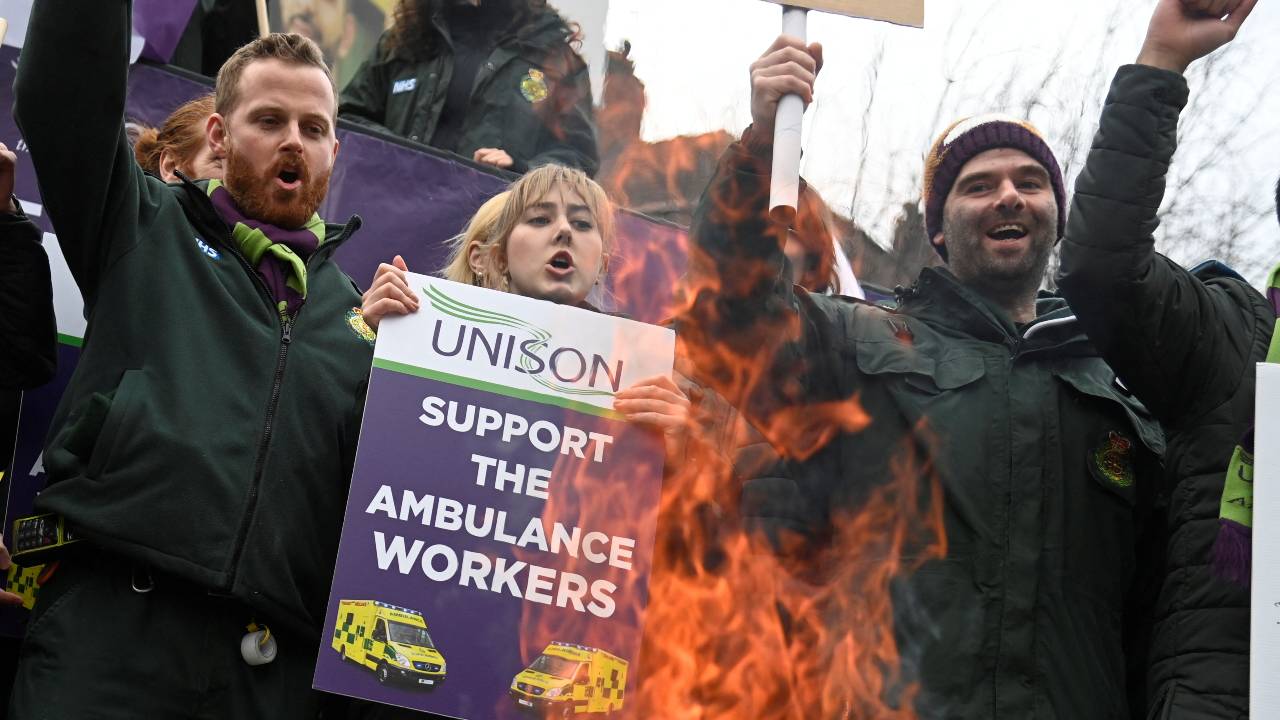 Britain is experiencing a wave of public sector strikes which, amid a cost-of-living crisis, have brought much of the country to a standstill. In response, the government has announced a new law designed to heavily limit the impact of such industrial action.

As trade unions threaten legal action over plans, here's what you need to know about the UK's new Strikes (Minimum Service Levels) Bill, what it means for the current strikes, and how it compares to similar laws in other European countries.

What does the proposed law say?

Under the new law, the UK's Conservative government wants to force some trade union members in England, Scotland and Wales to work during strike action to ensure what it calls a "minimum level of service."

The sectors targeted by the plans would include the UK's National Health Service, transport, education, fire and rescue, border security and nuclear decommissioning.

The proposed law would legally allow employers to issue a "work notice" that designates the minimum staffing levels they need to stop major disruptions to public services.

It is unclear for the moment what the minimum levels for each sector would entail. 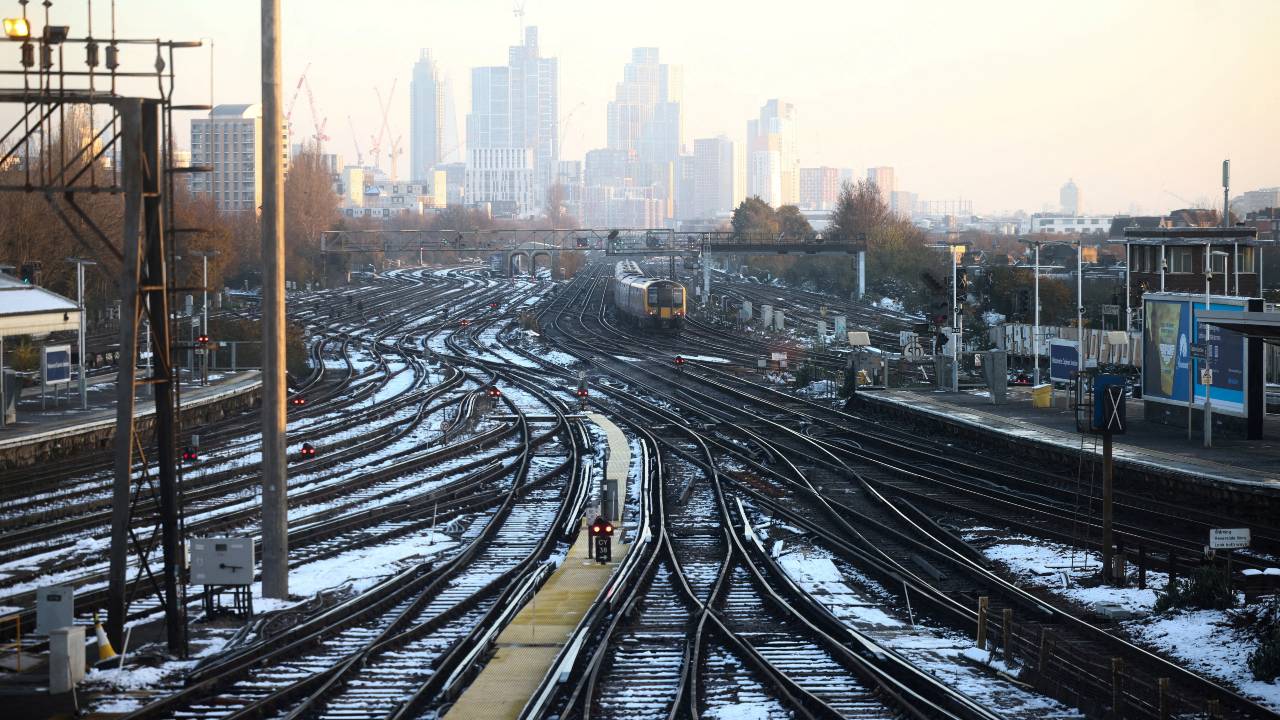 Heavily reduced railway services could become a thing of the past under new government proposals for strike laws. /Henry Nicholls/Reuters

Heavily reduced railway services could become a thing of the past under new government proposals for strike laws. /Henry Nicholls/Reuters

But it is expected that in transport, for example, 20 percent of regular rail services would be required to continue during strike action.

If striking employees refused to attend work under such circumstances, they could be fired, despite not receiving pay for working.

This is something they are currently protected from during the first 12 weeks of any official industrial action under laws around unfair dismissal. Only a few professions in the UK are currently not allowed to strike, including police officers. Nurses can only refuse to work if it does not risk the wellbeing of patients.

Otherwise – despite strict rules around the balloting process – all that is required for the UK's unions to strike is a majority vote in favor of taking industrial action. 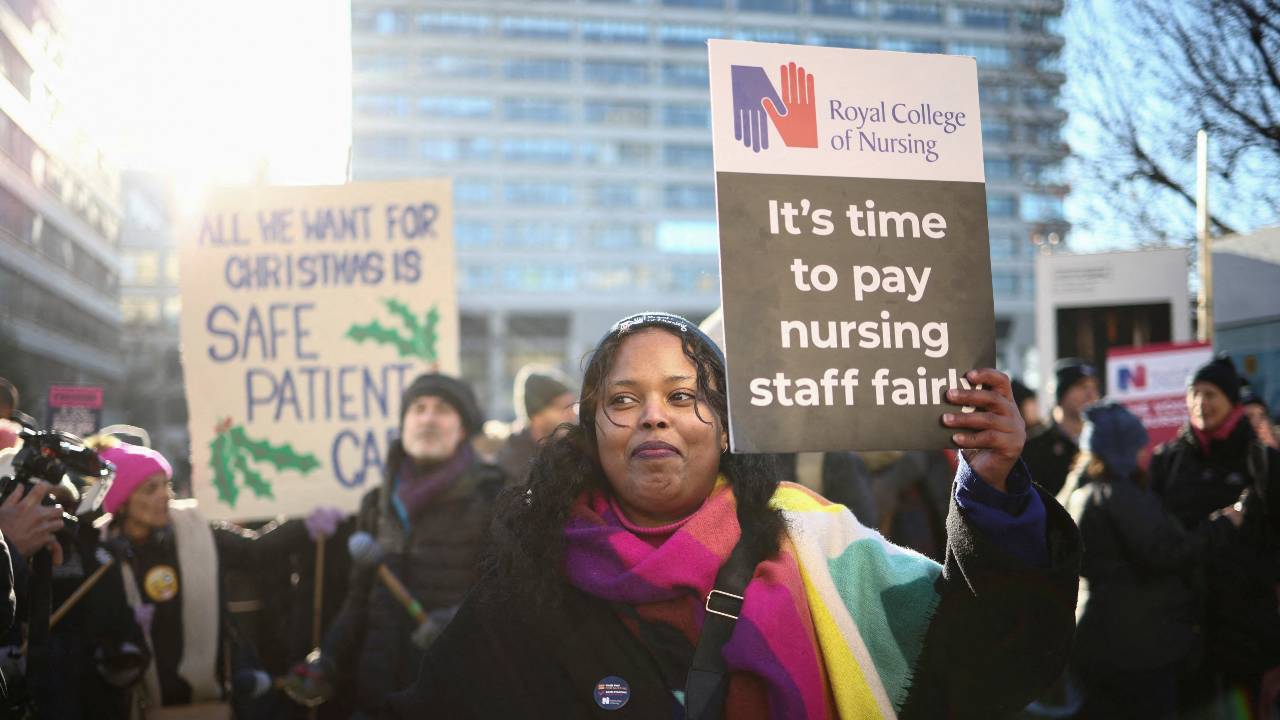 NHS nurses hold placards during a strike amid a dispute with the government over pay in London. /Henry Nicholls/Reuters

NHS nurses hold placards during a strike amid a dispute with the government over pay in London. /Henry Nicholls/Reuters

The government says the proposed measures would protect the public from major disruptions in key sectors and ensure "vital public services will have to maintain a basic function by delivering minimum safety levels, ensuring that lives and livelihoods are not lost."

"The British people need to know that when they have a heart attack, a stroke or a serious injury, that an ambulance will turn up and that if they need hospital care, they have access to it," the the UK's business minister Grant Shapps told parliament.

But trade unions say that weakening the disruptive impact of industrial action will in turn weaken the power of their main bargaining chip during negotiations with employers – their right to remove their work.

How does it compare with other European laws around strikes?

Britain's trade unions claim that already existing strike regulations in the UK can be considered as some of the toughest in Western Europe.

This may be true of UK rules covering giving notice and holding a ballot to strike.

But the government says the proposed rules are similar to those already in place in other European nations like Spain, Italy, Germany and France.

Such principles, the Conservatives said in a statement, are "already recognized in many countries across the world... where systems for applying minimum levels during strikes are in place for services the public depend on." 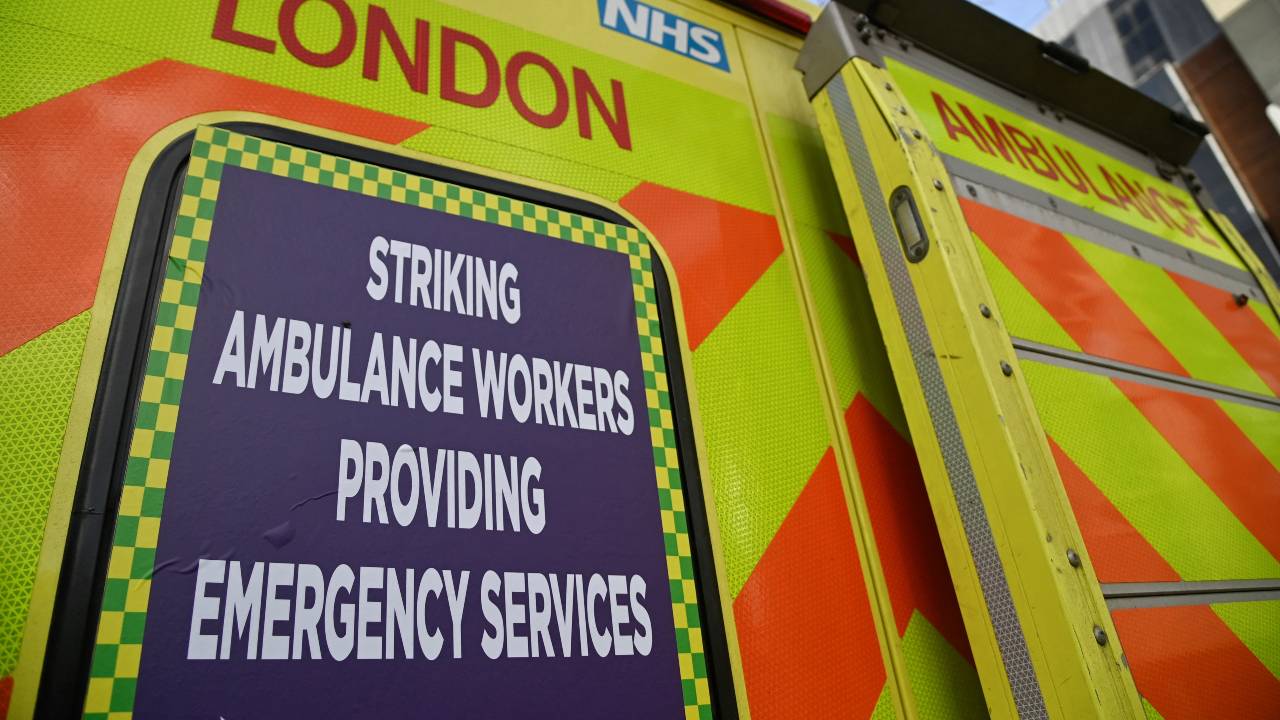 Ambulance workers recently went on strike in the UK, but basic cover remained in place during the industrial action. /Toby Melville/Reuters

Ambulance workers recently went on strike in the UK, but basic cover remained in place during the industrial action. /Toby Melville/Reuters

This is correct to a certain extent. In Spain, for example, there are rules around "minimum services" which mean some striking workers must turn up to oversee the basic continuation of services.

But unlike in the UK, workers in Spain have a constitutional right to strike – Britain only has "immunities," meaning individual workers cannot be fired for taking part in industrial action.

That means in Spain the rules around "minimum services" must not make strike action ineffective, which UK trade unions say is the aim of the British new legislation.

France and Portugal have also passed similar "minimal service" laws. But they have mainly failed to stop workers from walking out, with the rules rarely used to punish striking workers.

In fact, British unions already tend to provide cover during strikes in key services, particularly in the healthcare sector.

For example, during the first ambulance workers' strikes in December 2022, basic services were kept running, and there were no reports of additional deaths due to the work stoppage order.

Trade unions also argue evidence from other countries shows such legislation pushes unions to use other tactics and leads to prolonged disputes.

How much impact will the law have and when will it go into effect?

As pay rises fail to keep up with double-digit inflation in the UK – now around 40-year highs – nurses, ambulance staff and rail workers have all staged walkouts over recent months.

With talks between government ministers and trade unions this week failing to produce a breakthrough, more strikes are expected in the near future.

But the proposed laws are likely to have little effect on such industrial action in the short term. 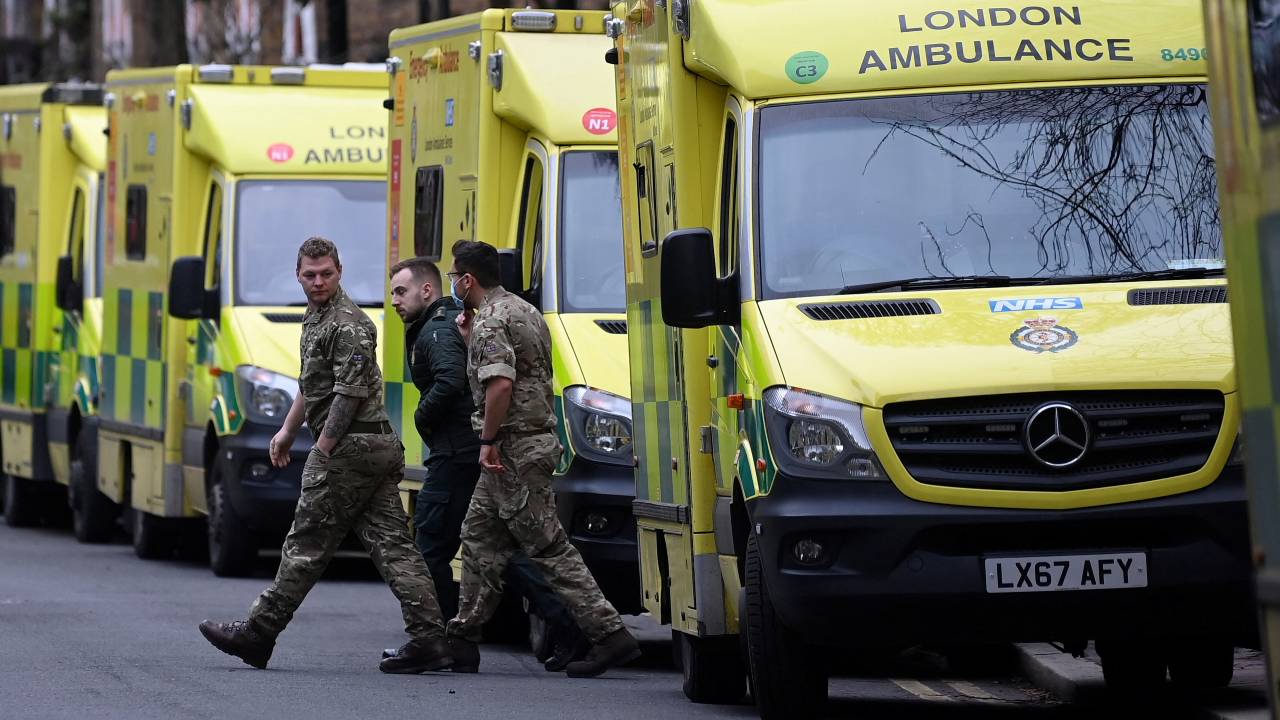 Firstly, it's likely to be many months before the bill gets through parliament.

While the UK's lower house of parliament, the Commons, is controlled by the ruling Conservative government, it is expected such legislation would take a long time to get past the upper house, the Lords.

In the Lords, peers are expected to seek to add amendments and clarification to the laws. Experts also predict the rules will need to be heavily adapted so as not to be in breach of international laws related to UN-mandated trade organization treaties.

Britain's unions have noted this fact, pledging to open legal proceedings against the government if it tries to curb the right to strike, according to the unions' umbrella body, the Trades Union Congress (TUC).

Paul Nowak, the TUC's new head said in response to the proposed laws that his organization would resist them "all the way. In Parliament. In the courts. And I have no doubt our unions and members will continue to win ballots and exercise what is an internationally recognized, fundamental right."

The opposition Labour Party, which is ahead in the polls, has also said it would repeal the law if it comes to power in a national election which is expected to take place next year.