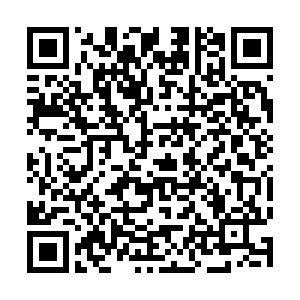 Passengers wait at O'Hare Airport in Chicago, one of the world's busiest airports. /Jim Vondruska/Reuters

Passengers wait at O'Hare Airport in Chicago, one of the world's busiest airports. /Jim Vondruska/Reuters

Flights between the United States and Europe kept largely to schedule Thursday after a computer glitch caused a 90-minute halt to all departing flights from the U.S. a day earlier.

FAA officials said a preliminary review traced the problem to a damaged database file, but added there was no evidence of a cyberattack and the investigation was continuing.

The Future of Flight – The Agenda full episode

The outage caused more than 1,300 flights to be cancelled, and another 10,000 to be delayed. Airports including New York JFK, Washington Dulles and Boston Logan were affected.

Departures and arrivals information at a number of major transatlantic hubs suggested the delays were largely confined to domestic flights. But cancellations of U.S. domestic flights caused confusion at a number of airports, including New York's LaGuardia.

Sharon Poole's flight to Miami was delayed because of the glitch. "Well it does make one wonder what would have happened," she said. "You would think the FAA would have pretty solid computer systems, and this is kind of a surprise. I don't remember this ever happening before."

Passenger Guillermo Corrado was also caught up in the delays as he travelled to San Francisco to see family.

"I understand that for someone who has a work commitment, it's definitely annoying," he said. "But for people on vacation, it's nothing. And that's where we're at. It's not a delay for a full day, or even longer than that, we're on vacation. But I imagine people here might be quite angry."

Major airlines including United, Delta and Southwest and American airlines were caught up in the chaos. All said they were working to get services back to normal, however several industry officials said it could take time to return to normal schedules.

"This thing was lifted at 9 a.m. Eastern (Wednesday). That doesn't mean the problem stops at 9 a.m. This is going to cause ripple effects," said Captain Chris Torres, vice president of the Allied Pilots Association.