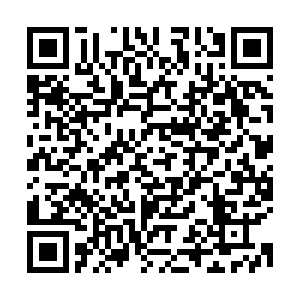 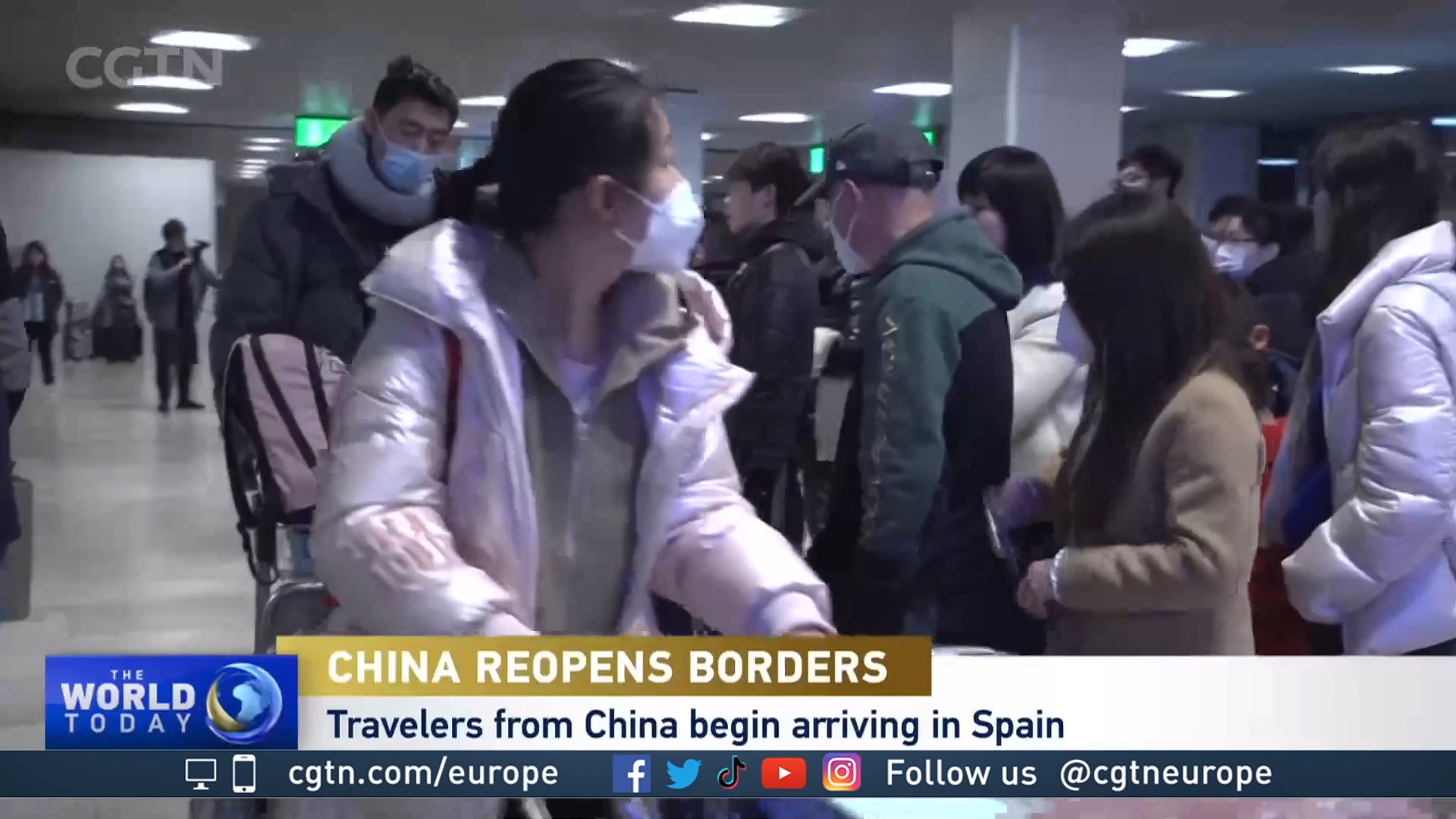 "I haven't seen my boyfriend in three years. We're so excited to see each other," Gema Liu tells CGTN.

She's waiting in Madrid airport arrivals for her partner, amid many other Chinese people ready for a long-awaited reunion with loved ones.

It's an emotional scene made possible because of China's lifting of quarantine rules and travel restrictions, something being called 'The Great Reopening.'

While much of the reporting on this story focused on the specific EU regulations on testing for Chinese passengers and worries about the potential of new strains to spread, the human story got a little lost.

The heartwarming scenes at Madrid's Barajas airport have been repeated all over the world in recent days with families separated for years finally reunited, both in China and abroad.

Many headlines have been on COVID-19 restrictions placed on Chinese travelers arriving in the EU, but when Gemma's boyfriend came through the gates he called the process "easy."

"We needed a COVID-19 test but for us it's not a big problem," he said. "In China we've done a lot of tests and we are used to it. The results are fast." 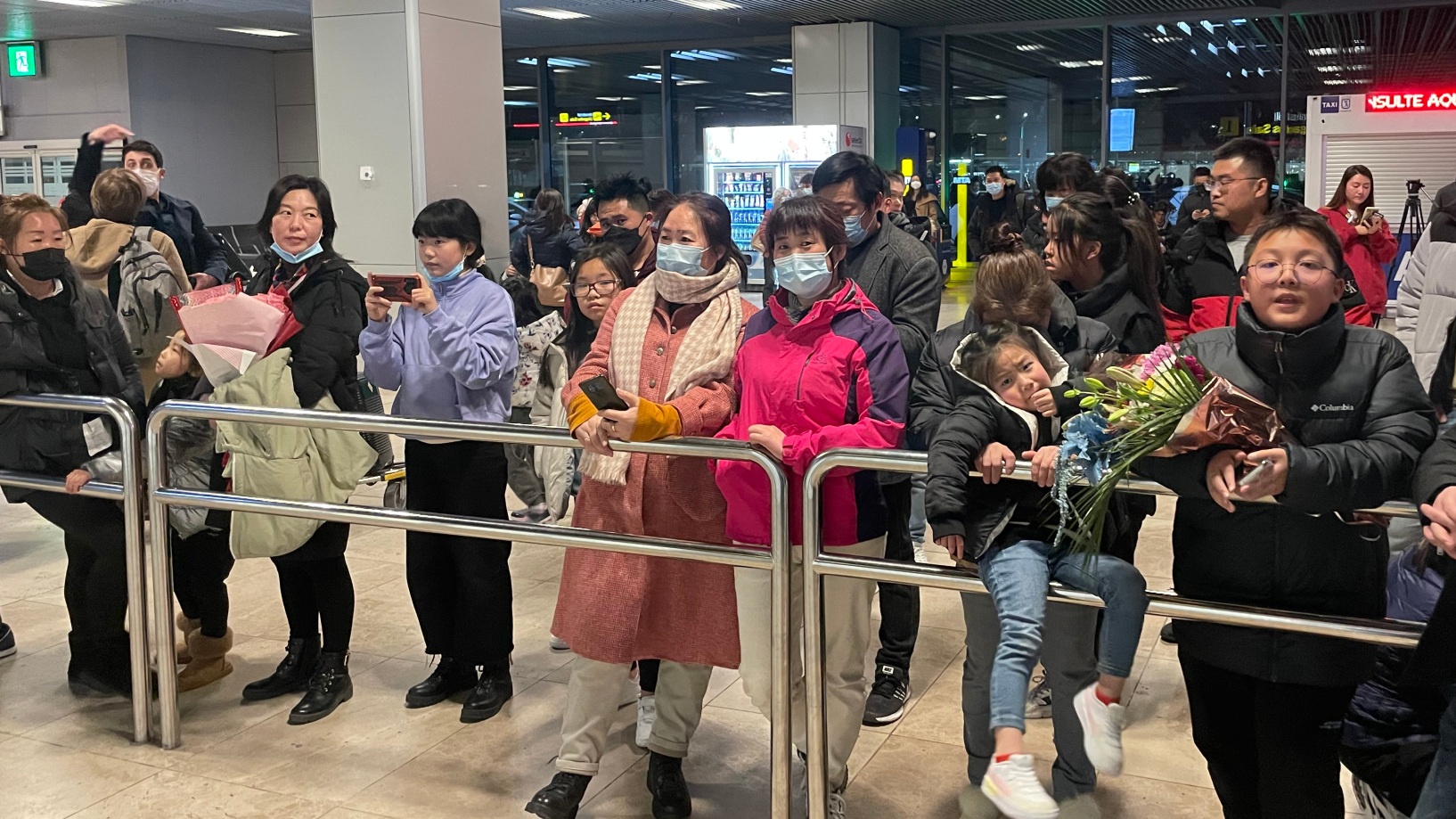 With health and tourism officials at odds over specific restrictions on Chinese tourists, it seems like the people actually making the journeys are just getting on with it.

The EU 'strongly encouraged' its bloc of 27 countries to request a negative COVID-19 test for those coming from China. In Spain there were also temperature checks, and some passengers also had to take antigen tests upon arrival.

These restrictions and screenings sparked strong responses from airline groups and tourism officials. International Air Transport Association Director General Willie Walsh stated on January 4 that these measures had "proven ineffective" and "the virus was already circulating widely within their borders."

Scenes at Madrid airport painted a different picture at the weekend. Families and friends back together for the first time in years.

Spanish tourism officials are positive about the return of Chinese tourists. It is, after all, the world's largest outbound market.

For Spain, tourism accounts for around 15 percent of GDP and is still by far the most important industry. That is a huge boost for the economy.

Also in 2019, Chinese tourists the biggest spenders in Spain, leaving more in the local economy per person than any other nation. 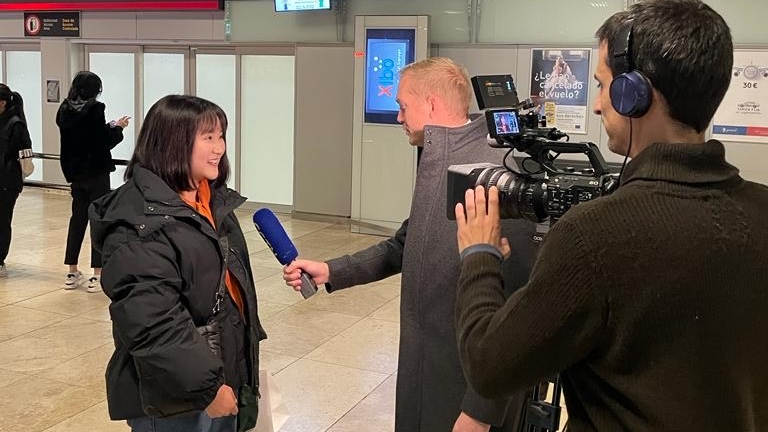 The early signs are already promising. Foreign destination bookings in China have soared by over 500 percent compared to this time last year.

And of course, it also makes returning home to see family during the Lunar New Year easier for Chinese people living outside Madrid.

"Chinese New Year is on January 21. Before we had to do 15 days of quarantine," Liu Yiyan told CGTN as she waited for her flight to Beijing.

"Now they've cancelled all that, it's much better for us and we can begin preparing for the festivities. I think we'll see more and more people coming home for Chinese New Year. I haven't been home in two years and I really miss my grandmother!"

With pandemic travel restrictions on the world's largest country now lifted, expect to see more scenes like those in Madrid as Chinese families and friends reunite around the world.