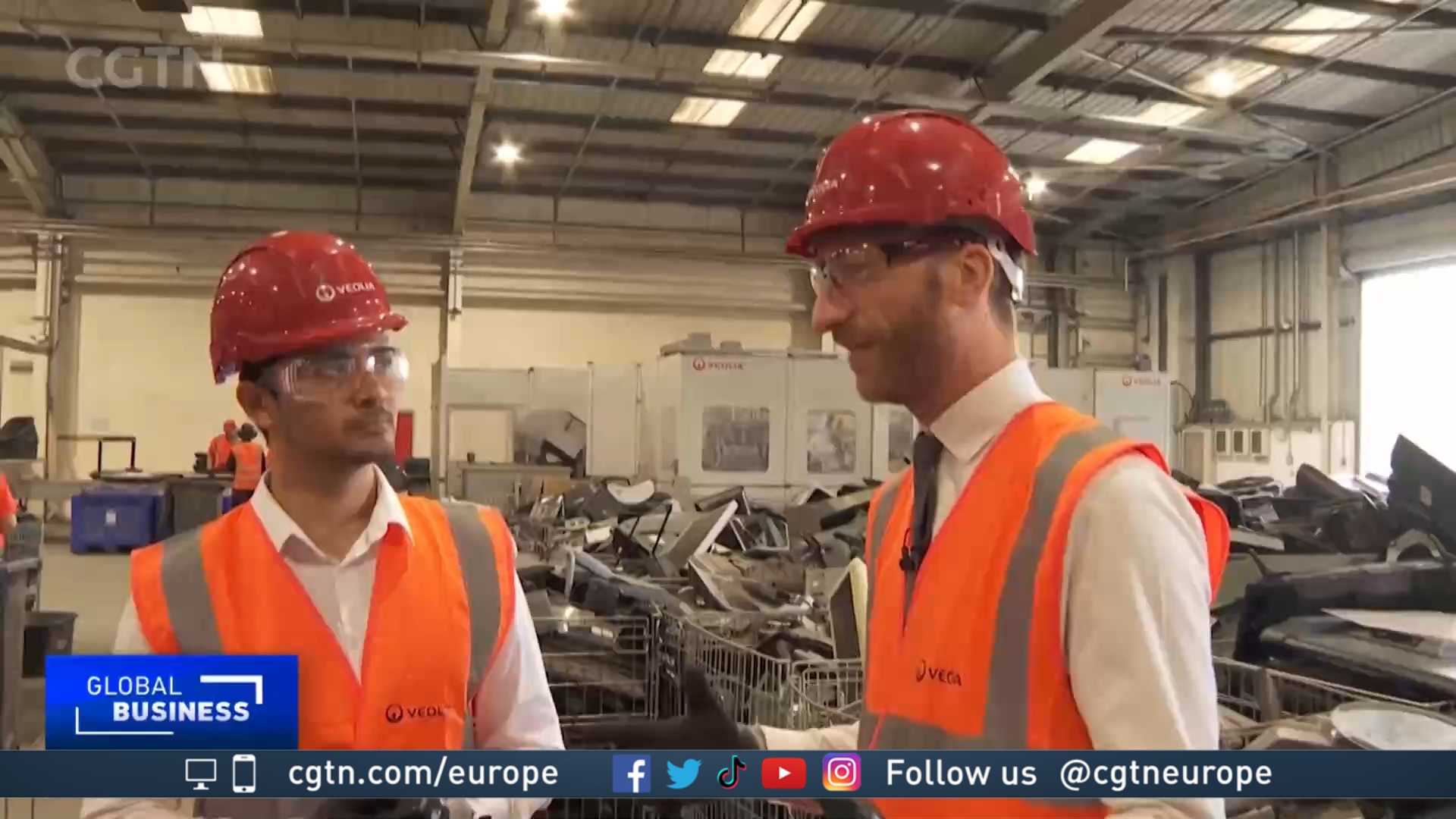 In September this year, Apple launched its flagship line-up iPhone 14. Since then, enthusiastic loyalists still continue to queue in huge numbers to buy the new phone.

Similar queues are seen every year to buy other electronics like TVs and laptops during 'Black Friday' when goods are sold at cheaper prices.

But then what happens to all the old devices which are usually thrown out, in the developed world?

They often end up in open landfills in Africa where they are often burned to separate out valuable metals while releasing toxins into the environment.

"In some parts of Nigeria, a lot of people are now taking to waste-picking or recycling, with bare-fingers, bare hands...without any form of protective materials, without the knowledge of how toxic the elements are. This is a total exposure to hazards," says African environmental expert Nnimmo Bassey.

Due to the current economic slowdown, many people in Nigeria have lost their regular jobs and are forced to work in the recycling sector.

"They are exposed to fumes, toxic materials. There is just no form of control.”

Most recent UN figures show that a total of 53.6 million tonnes (Mt) of electronic-waste (e-waste) was generated globally in 2019, only 17 percent of which was treated in an environmentally sound manner.

For context, the 2020 e-waste weighed the equivalent of 350 cruise ships placed end to end to form a line 125km long. 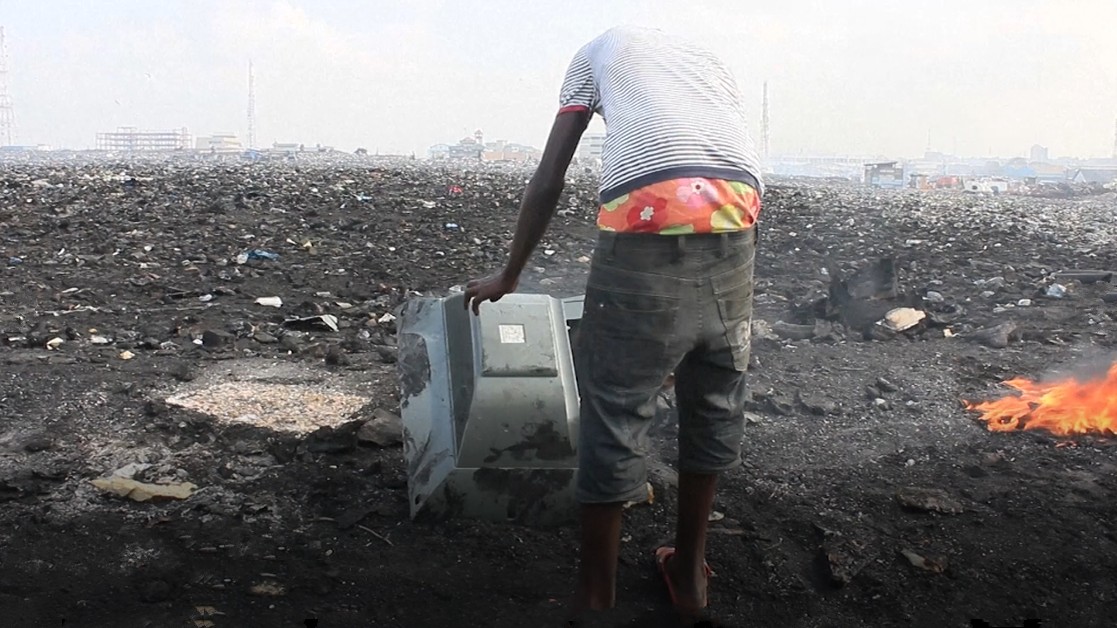 Millions of tons of e-waste are generated every year, much of it ending up in landfills in Nigeria and other developing countries. Screengrab/CGTN

Millions of tons of e-waste are generated every year, much of it ending up in landfills in Nigeria and other developing countries. Screengrab/CGTN

In Europe, Norwegians are the biggest culprits when it comes to e-waste, producing 57kg of e-waste per household annually, followed by the UK at 55kg per household.

Precious metals such as copper, gold and cobalt are in great demand for laptops, smartphones and electric car batteries. However, their natural sources are rapidly depleting.

The double whammy of the Covid pandemic and the Russia-Ukraine conflict has also pushed their prices to historic highs.

Veolia, one of the world's biggest waste management companies, is hoping to reduce the huge piles of e-waste that Europe has been traditionally exporting to the developing world.

"We do see an increase in the e-waste. It's 4-5 percent global increase every year,” said Tim Duret, Organics and Technology Director at Veolia. 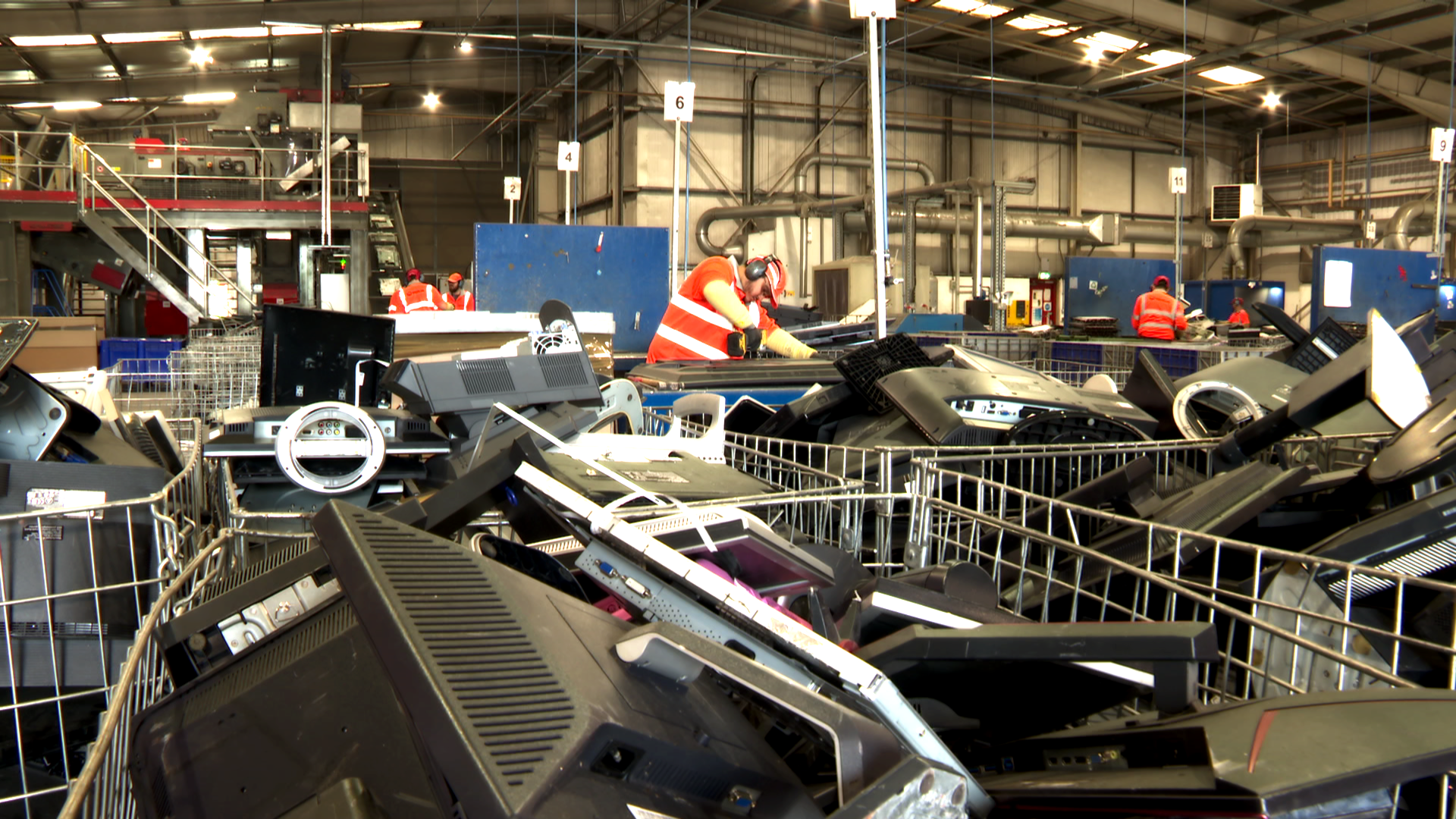 Bridgnorth unit has been experiencing certain peaks over the past few years with huge numbers of old TVs, Duret told CGTN.

"We are seeing peaks, especially during sports events and Black Fridays where people would tend to change their TVs – which is a general consumer behaviour.”

New technologies and the pressure of high commodities prices – are helping to cut into the amounts of e-waste exported from Europe and Veolia says that nearly two-thirds of the old devices will soon be able to be sustainably returned to the supply chain.

Market giants Apple and Samsung have also announced that they are extending the use of recycled materials across their products as part of a push towards circular economy.

But critics say that these measures are not enough.

"Those companies are jumping on the concept of circular economy without really understanding it," said Piotr Barczak, Waste Policy Officer at the European Environmental Bureau in Belgium.

"The producers are doing some steps improve recyclability or to use recycled content. But still, this is not comparable to the scale of what is put on the market.”

With a growing world population, coupled with ever-changing consumer habits, recyclers across the world are now faced with a daunting challenge to expand their facilities to treat mountains of e-waste that are getting higher every year.