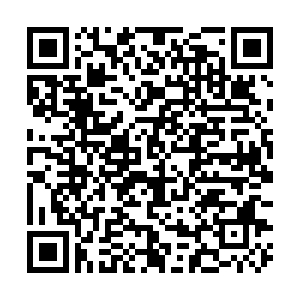 Greece hit a green energy landmark last month when, for a five-hour stretch, 100 percent of the electricity supply came from environmentally friendly energy.

While the energy crisis and the war in Ukraine is making many European Union (EU) countries rethink and move back to traditional fossil fuels, Greece continues to reshape its economy to embrace green technology.

New liquefied natural gas (LNG) terminals, excavation of coal in western Greece and a gas pipeline running through the northern part of the country into Bulgaria, are just some of the projects that the Greek government decided to accelerate after the war in Ukraine started.

But for Greece, turning away from dependency on Russian energy doesn't mean rejecting renewables. The country continues to push for a transition to clean energy and carbon neutrality.

"On October 7 the country's total electricity demand was covered by renewables for five hours. The energy produced from renewable sources has doubled since 2015," said President of the Independent Power Transmission Operator, Manousos Manousakis.

Greece has cultivated a rich variety of renewable energy sources in recent years from wind, hydroelectricity and solar. The aim is to avoid the use of fossil fuels as much as possible and rely more on a green energy mix, especially now gas and oil prices are soaring.

"The energy crisis has helped make renewables more popular and it speeds up the process of transitioning to green energy," according to Nikos Mantzaris, partner and policy analyst at The Green Tank.

"But most importantly the theory of turning to natural gas as a bridge between lignite and renewables has collapsed thanks to the crisis. Now it's a fact that we can turn directly to clean energy from lignite, without having to go through gas."

Greece is reshaping its economy to use green technology like solar panels. /Jeff Pachoud/AFP

Greece is reshaping its economy to use green technology like solar panels. /Jeff Pachoud/AFP

And the numbers reflect just that.

Greece currently leads the Netherlands, Germany, France and many other European nations when it comes to the production of renewables. The government wants to increase it even further, but before doing so some issues need to be addressed.

"In order to use more energy from renewables we'll have to develop the infrastructure to store clean energy, for example storage areas with batteries," said Mantzaris.

"The big challenge being, when will we have the technology for it, and how fast can we do it? And another challenge is the financial benefit from the transition. Will the local population benefit from it?"

Energy subsidies paid from the EU are helping Greece's transition to 'clean' energy which is moving at a fast pace, even as the war in Ukraine is making many think twice before turning away from fossil fuels.