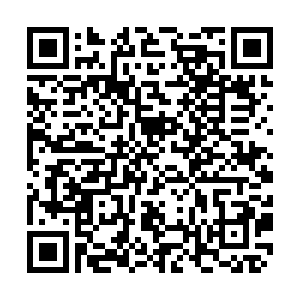 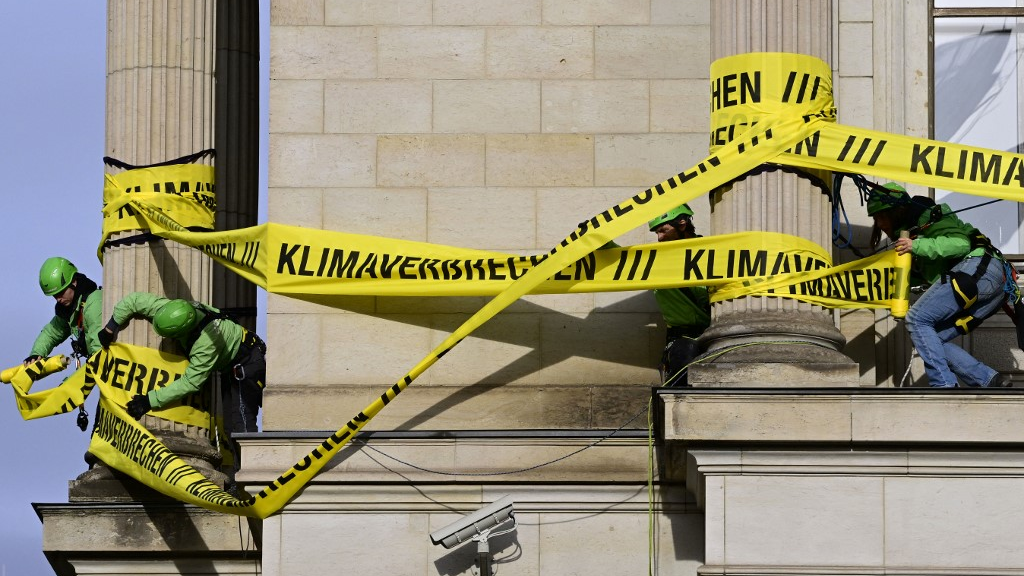 Climate protestors have coordinated action across Europe to coincide with the COP27 Summit in Egypt, with Germany in particular seeing a spate of demonstrations from the small scale to the massively disruptive.

On Friday, a protestor from Greenpeace scaled the side of the Federal Ministry of Transport and Digital Infrastructure building, calling on the German government to rethink its climate policy.

Earlier in the week, activists from the "Last Generation" climate group climbed the Brandenburg Gate, unfurling a banner which read "We wish for survival for all".

They picked the symbolic date of the November 9 and the location for the protest to coincide with the 33rd anniversary of the fall of the Berlin Wall.

The group want to be allowed to hold talks with the government over measures such as the reintroduction of the €9 travel ticket ($9.26) which was trialed over the summer, and a new speed limit on Germany's famously limit-free autobahns. Last Generation's protest tactic of supergluing themselves to the road to prevent traffic has not made them popular with the German public. A poll published by State Broadcaster ZDF found that 83 percent of those asked thought the demonstrators had gone too far, with only 14 percent supporting the actions.

Last month one of their protests was blamed for delaying the response to a traffic accident in Berlin where a cyclist died. It has lead to public debate over the right of protest to disrupt daily life and the punishments that should be metered out to protestors.

Emergency services could not reach a woman after she collided with a cement mixer in the German capital and the backlash from the public has had a detrimental effect on support for climate protestors.

Conservative political figures have compared the actions of Last Generation to the notorious West German terror group Red Army Faction (RAF), which was held responsible for 34 deaths and carried out 296 bomb, arson and other attacks between 1973 and 1995.

"We have to prevent a climate RAF from developing," said CSU politician and former member of Angela Merkel's government Alexander Dobrindt on German television.

The German state has warned activists that attempts to disrupt air travel, as had been seen in the Netherlands, would be met with a stiff response. Thirty day-long preventative custody orders have already been handed down to some members of Last Generation in the southern state of Bavaria.

The Bavarian rule allowing preventative detention without trial has been severely criticized after it was amended last year to make it possible to detain a "likely protestor" for up to 30 days. 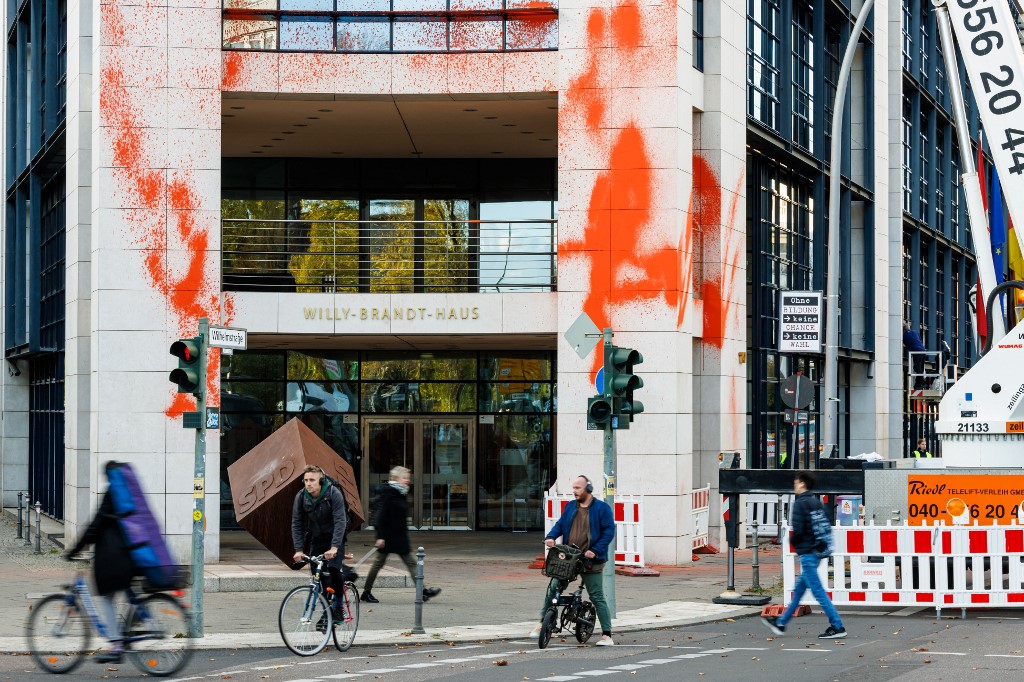 The headquarters of Germany's Social Democratic Party was vandalized and sprayed with red paint in Berlin earlier this month./Jens Schlueter/AFP

The headquarters of Germany's Social Democratic Party was vandalized and sprayed with red paint in Berlin earlier this month./Jens Schlueter/AFP