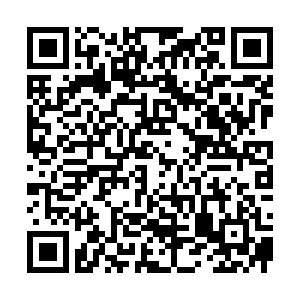 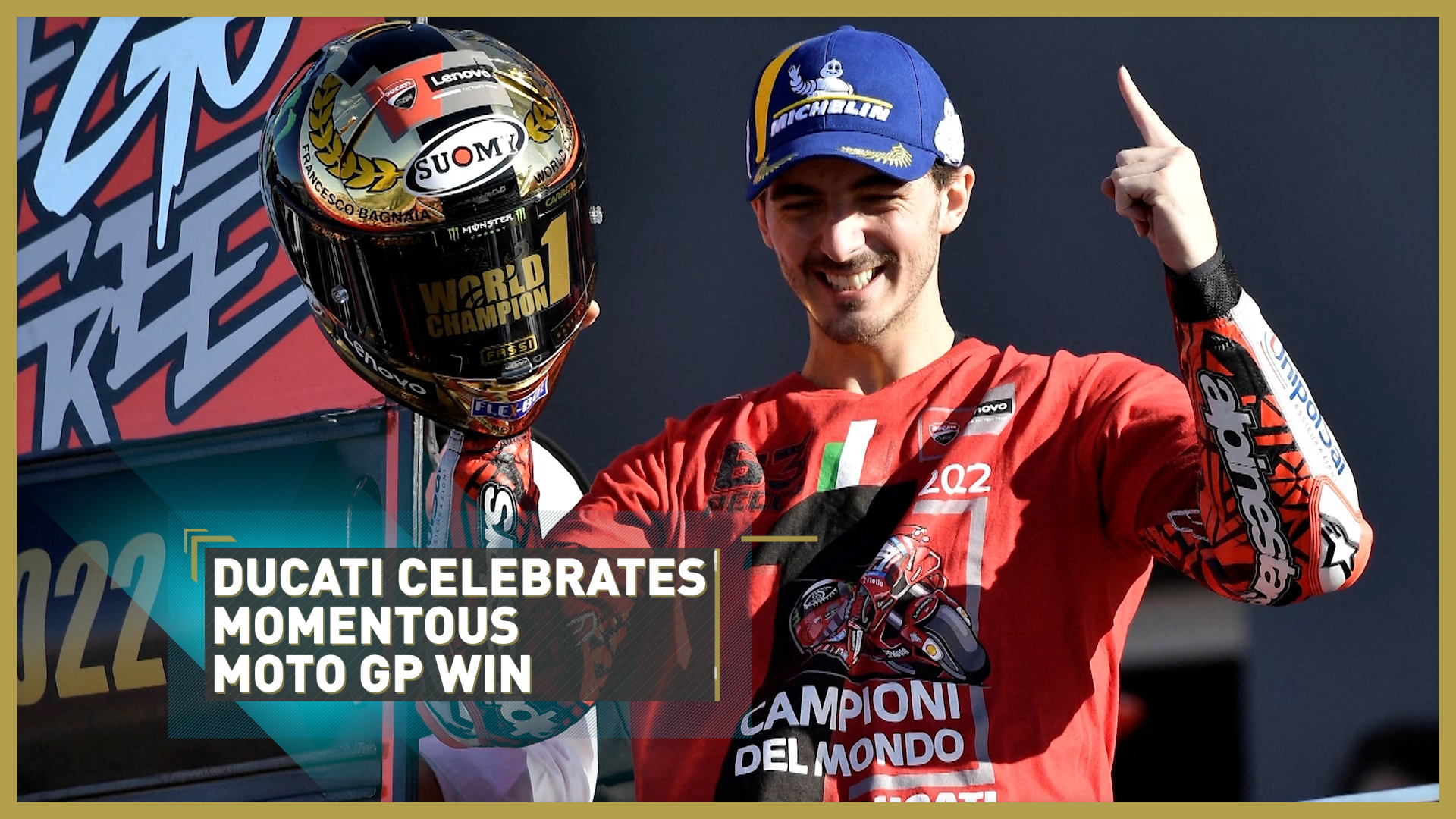 After a difficult start to the season, 25-year-old Francesco Bagnaia sealed victory in the last race in Valencia on Sunday.

Speaking to CGTN Europe at the Milan Motorcycle Show, Bagnaia - affectionately known as "Pecco" - says he is yet to realise the magnitude of the win.

"After all these years it's still difficult to understand what we have done because it was an amazing result for all the team, so I'm very happy and very proud of my team." 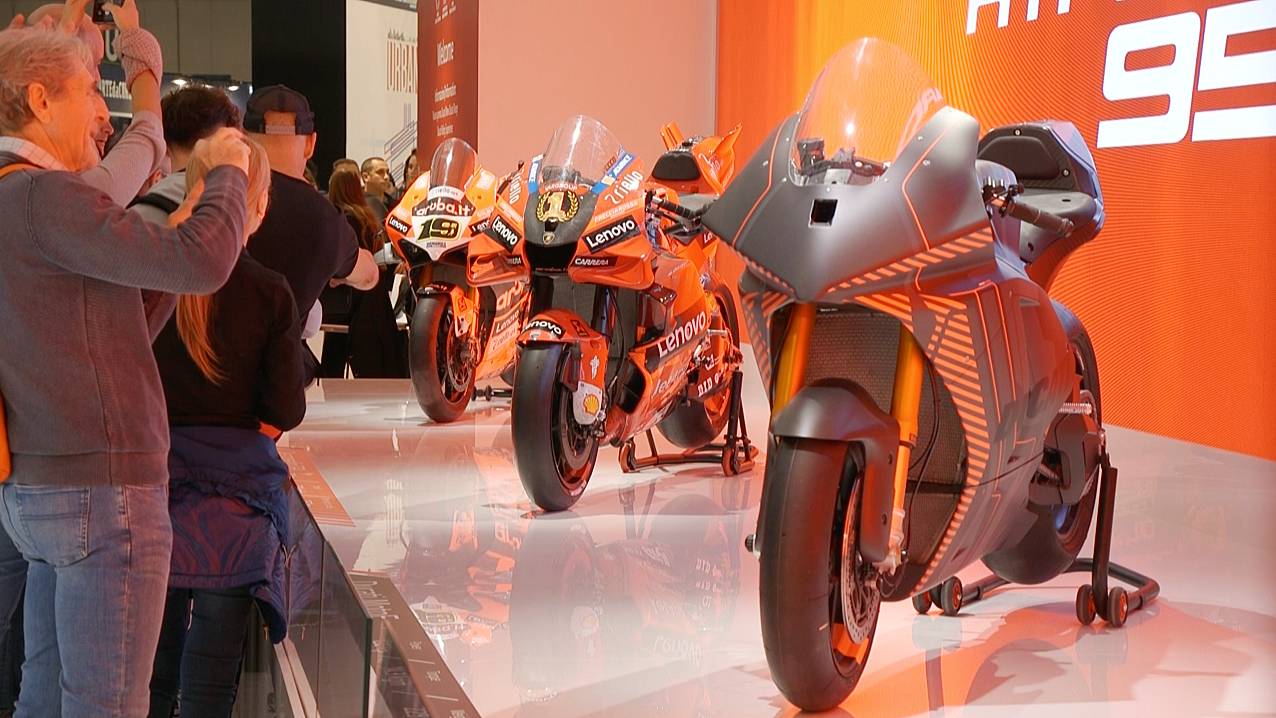 The team will be hosted by Italian President Sergio Mattarella at the Quirinale Palace next Wednesday. Ducati CEO Claudio Domenicali says it's a moment of national pride.

"The whole country is now on fire because everyone is so proud because they have the best rider and the best bike."

It's also been a stellar year for Ducati off the track with record sales, and China as the brand's fastest growing market. Domenicali says they're committed to the Chinese market because of its high potential.

"The Chinese love Ducati and in China we are the number one brand in the motorcycle community. We do a general study of brand perception in our most important markets and the highest score we received was in China," he said.

Ducati is among 1,300 brands at this year's International Motorcycle and Accessories Exhibition in Milan, the industry's biggest trade fair event. The EICMA expo dates back to 1914 and represents more than 45 countries. Ducati's success makes this year's event particularly special. 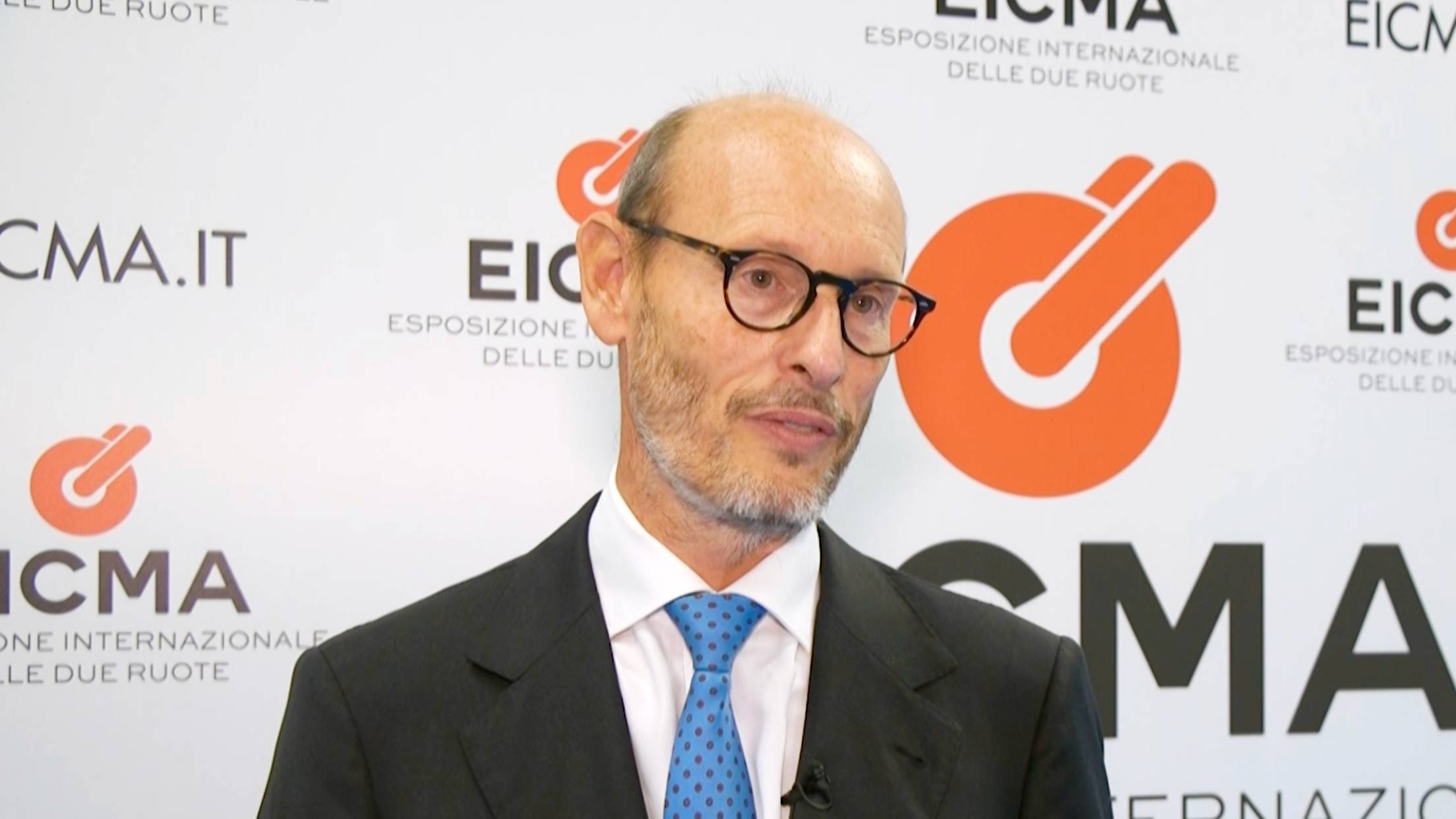 EICMA president Pietro Meda is happy about Ducati's win and what it means for Italy's reputation on the international motorcyle stage. /CGTNEurope

EICMA president Pietro Meda is happy about Ducati's win and what it means for Italy's reputation on the international motorcyle stage. /CGTNEurope

EICMA president Pietro Meda says it's a victory respected throughout the industry: "Even competitors have applauded Ducati and we believe that the expo is a great display of 'Made in Italy' to sell world-wide."

Experts say the biggest challenge facing the industry is its green transition. Domenicali says that Ducati wanted to start its electric era with a high-performance bike before considering a production model: "The MotoE Project for us is a kind of testing project. We want to develop the competence in a real-life environment, not just in a prototype."

Other solutions such as synthetic fuels are also being investigated.

In the meantime, the team has its sights on another victory, at the Superbike World Championship in Indonesia on Sunday.