The European Commission is now officially forecasting that the EU will go into recession this winter. /Bogdan Tudor/AFP

The European Commission is now officially forecasting that the EU will go into recession this winter. /Bogdan Tudor/AFP

The European Commission is now officially forecasting what many economists have predicted for months: That the European Union will be tipped into recession this winter. In its quarterly forecast released on Friday, the bloc's executive predicted economic contraction in the fourth quarter of 2022 and the first quarter of 2023.

"The sharp erosion of purchasing power has shifted consumer sentiment dramatically," European Economy Commissioner Paolo Gentiloni told reporters in Brussels. "We have some difficult months ahead of us," he said. 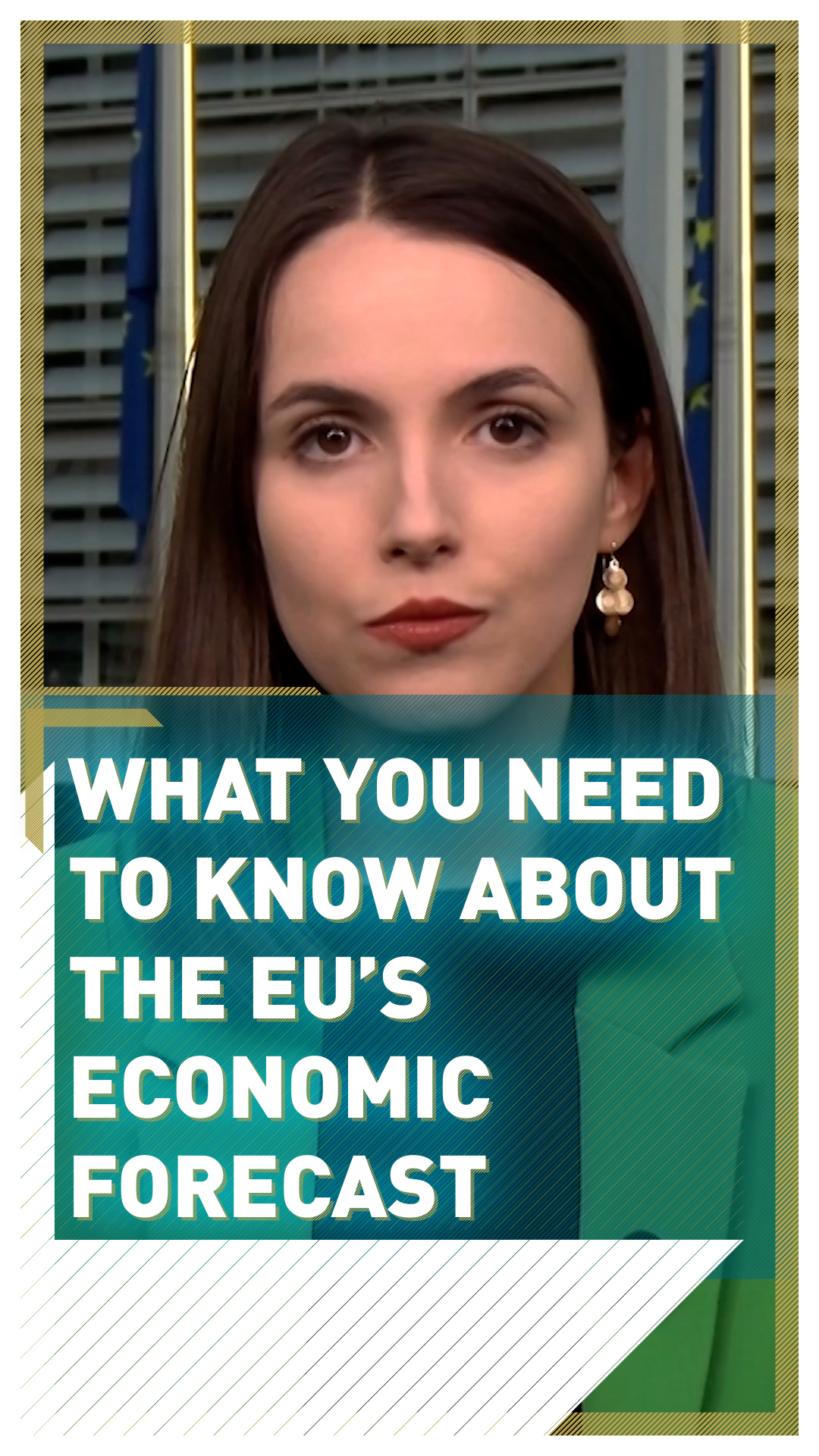 Inflation to peak this year but remain high

October annual inflation reached an all-time high of 10.7 percent in the countries which use the euro currency, according to flash estimates. Friday's forecast shows an expected peak by year end, though inflation levels are predicted to remain well above the European Central Bank's target of 2.0 percent in 2023.

Growth forecast revised down for 2023

The EU economy is expected to grow by 0.3 percent next year, just a fraction of the 1.5 percent growth predicted by the Commission in its previous forecast. After two quarters of economic contraction, a return to growth is foreseen for Spring 2023, with 2024 growth forecast at 1.6 percent.

The Commission revised growth predictions upward for this year, citing a jump in consumer spending early in 2022 as COVID-19 restrictions were eased in Europe.

Despite supply bottlenecks, record inflation and geopolitical uncertainty, the Commission says the labor market "has continued performing strongly," and remains "the bright spot" of the EU economy.

Unemployment rates stood at a record low of 6 percent in September. The EU's workforce expansion is however expected to hit a standstill in 2023 amid slowing economic activity, before rising labor market participation returns in 2024.

Workers across EU call for cost of living support

The shock increase in consumer prices – particularly energy bills – has outpaced wage growth. Recent weeks have seen workers take to the streets to demand more support in several EU countries. On Thursday, strike action in France brought many Parisian public transport lines to a halt, while Brussels Airport was forced to cancel flights on Wednesday due to staff walkouts.

To shield vulnerable households from the impact of the sharp rise in the cost of living, the EU is rolling out a cap on energy firms' profits with a view to redistributing funds to families in need. Many national governments are also setting up furlough schemes and winter fuel subsidies, though member states remain divided on whether to impose a cap on gas prices at EU level.