A technician attaches a Volkswagen logo to a car in Zwickau, Germany. /Matthias Rietschel/Reuters

A technician attaches a Volkswagen logo to a car in Zwickau, Germany. /Matthias Rietschel/Reuters

EU trade ministers have decided to keep negotiations open with the U.S. despite European anger over the Biden administration's "uncompetitive" Inflation Reduction Act.

Ministers held an informal meeting in Prague on Monday and were joined by Katherine Tai, the U.S. trade representative.

The new U.S. legislation gives tax breaks to electric car makers that operate with its borders, as well as Canada and Mexico – but not their EU competitors, a move that Brussels says will lead to unfair competition.

Ahead of the meeting, the Czechia industry minister Jozef Síkela said the EU's position was that they wanted the same exemption to be applied to European electric vehicles. 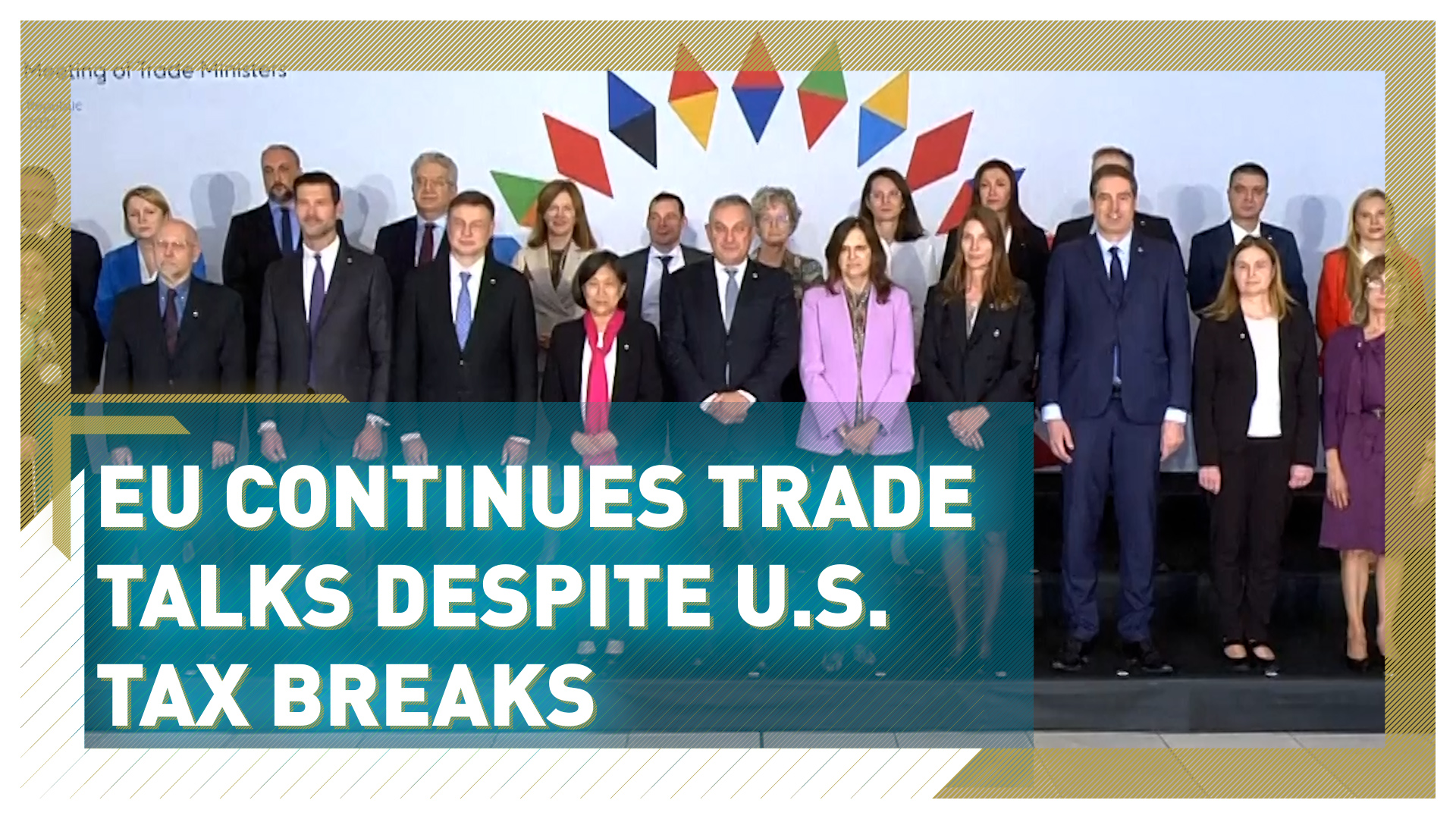 At a news conference after the gathering, the EU position appeared to have slightly softened.

"The result we are expecting is a derogation for the EU member states. Of course, ideally we would like to have the same level of derogation as there is for Canada and Mexico, but we have to be realistic and this is our starting point in the negotiations and we will see what we will manage to negotiate in the end," said Síkela.

On Friday, the EU announced that sales of new petrol and diesel cars would be banned in the bloc by 2035, a move which puts Europe's electric vehicle production front and center of the EU's plans for green energy transition.

German Chancellor Olaf Scholz and his French counterpart Emmanuel Macron had previously warned that the U.S. legislation could push the EU to pass similar protectionist measures of its own, leading to a likely trade rift between the two.

Despite this, EU and U.S. trade representatives set up a joint task force designed to help both sides come to a compromise agreement on the Inflation Reduction Act and its knock-on effects in Europe.

The meeting was also a moment of welcome respite from Franco-German tensions. Berlin and Paris have been at loggerheads for weeks over differences in defense and energy policies, including an EU-wide cap on the price.