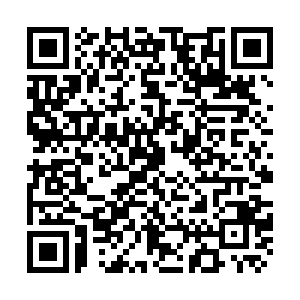 Denmark went to the polls on Tuesday with Prime Minister Mette Frederiksen hoping for a vote of confidence in her handling of the COVID-19 pandemic and for her leadership to overcome soaring inflation and geopolitical insecurity.

The election has turned into a battle for centrist voters, with former prime minister Lars Lokke Rasmussen likely to become a king-maker with his new party, the Moderates, as neither the ruling left or right-wing opposition looks set to win a majority.

The vote comes as high energy prices and the highest inflation in four decades eat into household economies, and only a month after the sabotage of two pipelines carrying gas from Russia to Germany through Danish waters fuelled an unprecedented sense of insecurity among Danes.

Polls indicate that Frederiksen, 44, and her Social Democratic Party will gain slightly to again become the biggest party in parliament.

Frederiksen, who became Denmark's youngest-ever prime minister in 2019, is seeking to form a broad coalition across the traditional left-right divide, arguing that political unity is needed at a time of international uncertainty.

After a trailblazing election campaign, polls now indicate that Rasmussen and his Moderates, founded only four months ago, stand to become the third biggest party in parliament, behind the Social Democrats and his former party, the Liberals.

Rasmussen backs the idea of a broad government, but has stubbornly declined to say whom he would choose to lead a new government.

Although Rasmussen has not formally announced his candidacy to become prime minister, polls indicate voters would prefer him over right-wing candidates Jakob Ellemann-Jensen of the Liberal Party and Soren Pape Poulsen of the Conservatives.

The latest poll by Voxmeter indicates a 49-41 percent lead for the left-leaning bloc over the right-leaning bloc, with the Moderates polling at 10 percent of votes.

A preliminary outcome is due to be announced in the early hours of Wednesday.