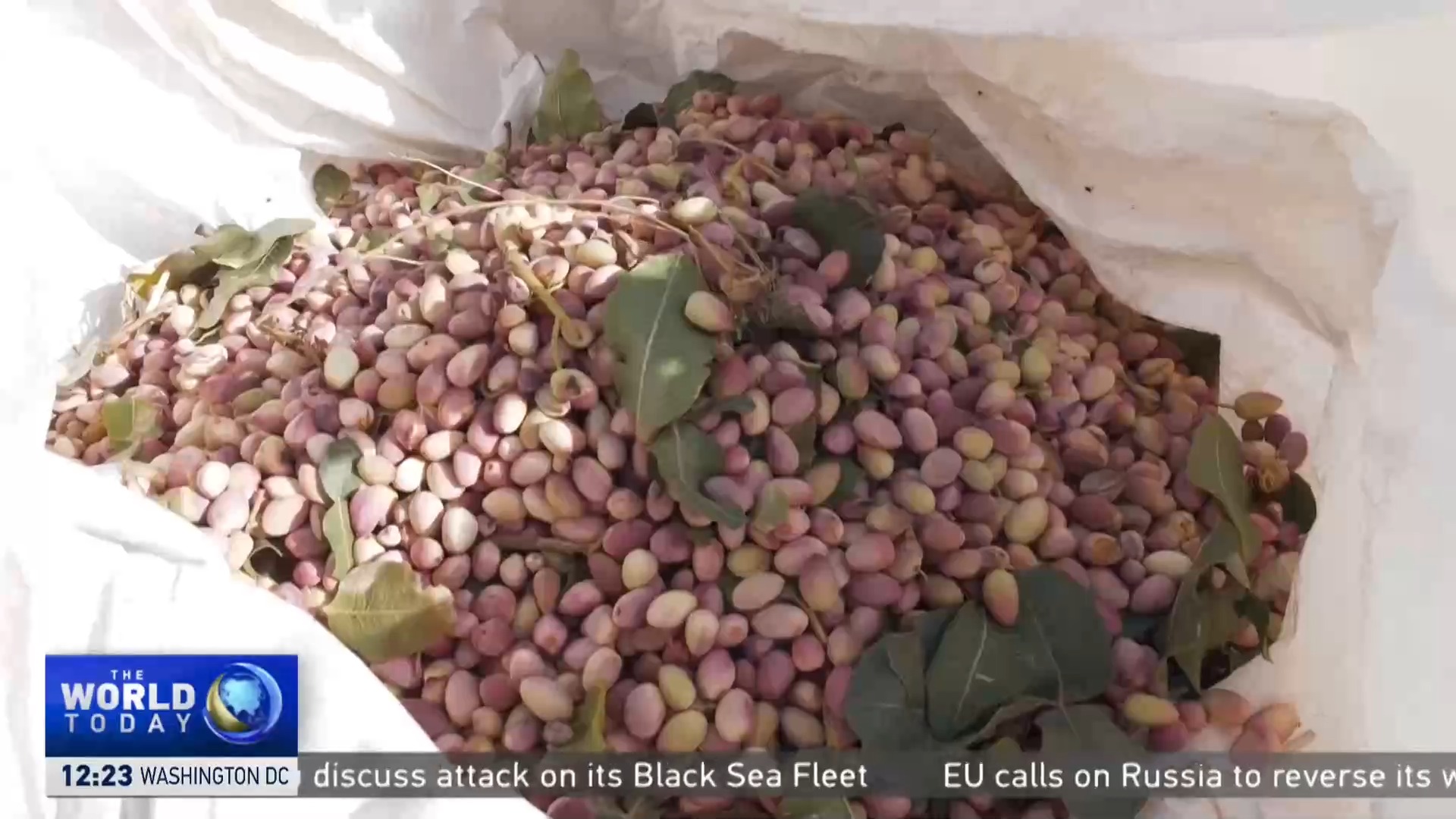 Welcome to Ciudad Real in La Mancha, a two-hour drive south of Madrid. For years, this region in central Spain was known for its olive oil production.

However, the effects of climate change have caused profits from crops like olives to dry up – much like the soil following this year's drought.

CGTN Europe visited a local farm which has decided to replace its olive trees with a new crop…pistachios, a crop that has adapted to the challenges brought by climate change. Farm owner Eduardo Rodriguez said the switch to pistachios made financial sense.

"Six years ago I started planting pistachio," he told CGTN Europe. "Our harvesting expectations were around 1,000 kilograms, but we doubled that and reached 2,000 kilograms. I'm really happy about it because that really exceeded our expectations."

The local climate is very dry, it's not particularly humid and most farms are situated 600 meters above sea level. It's the closest you're going to find in terms of replicating the kind of conditions that you would expect in countries like Iran, where pistachios are traditionally grown.

That is also why pistachio production is thriving in this part of Spain. Here they're calling it 'green gold' because the pistachio industry is now big business.

Last year Spain harvested 2,800 tonnes of pistachios, making it the world's ninth-largest producer – but many experts believe its rate of growth and the quality of the product could see it overtake the likes of current industry leaders Iran and the U.S. by the end of the decade.

Ignacio Lobato is the CEO of local producer Domo Pistachio. He told CGTN Europe the pistachio industry was growing fast. 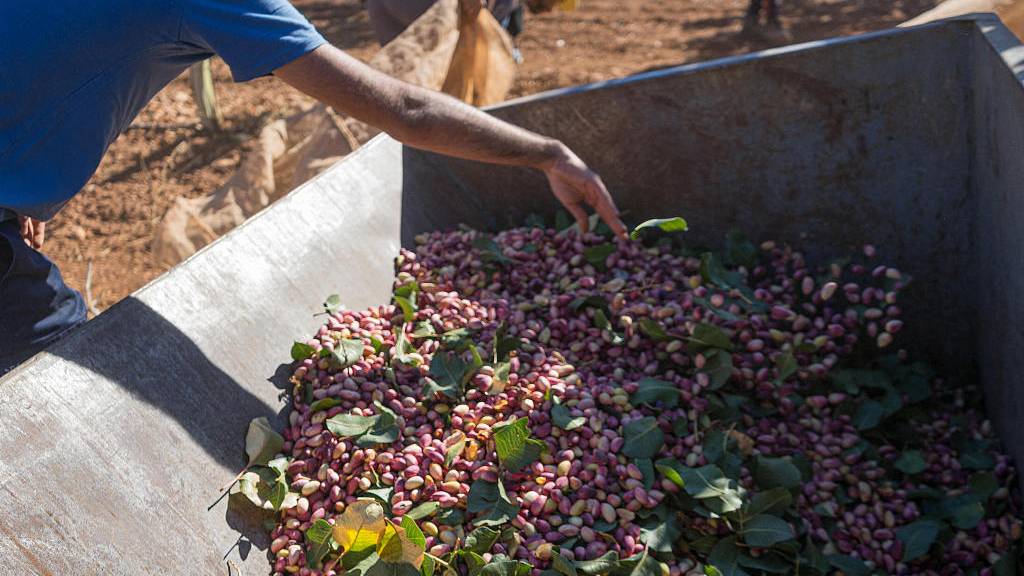 "There's a huge increase in Spain of farmers choosing to plant it now," Lobato said. "A few years ago pistachio covered around 5,000 hectares of land, and now we have over 70,000 hectares of pistachio trees all around Spain.”

As well as quantity, pistachios also offer a high level of profitability. Typically farmers earn between 63 and 83 U.S. cents for every kilogram of olives they produce, whereas pistachios can be worth $6-8 per kilo.

This profit margin has persuaded many people to relocate to areas like La Mancha to set up pistachio farms.

Here in Spain, the crop known as 'green gold' is seemingly bringing the land and the economy back to life.