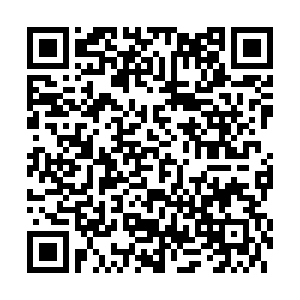 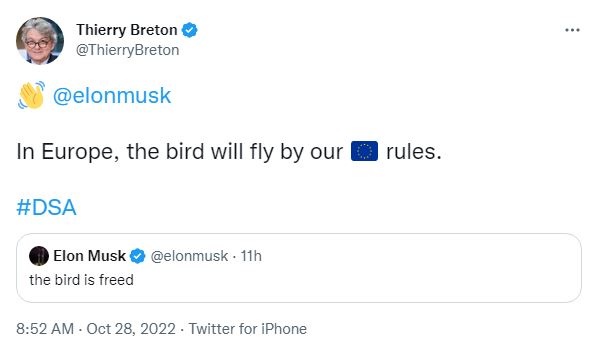 After a long-running legal and financial dispute, billionaire investor Elon Musk has taken ownership of Twitter, the character-limited social media platform. But he's already received a warning that his wings may be clipped – from the ever-vigilant Thierry Breton, EU Commissioner for the internal market.

Musk posted "the bird is freed" – a reference to Twitter being known as 'the bird app' thanks to its avian logo. Musk's message was to his libertarian followers, who believe social media giants such as Twitter and Facebook censor users. Musk has promised to make Twitter a 'free' space, with less strict community rules. 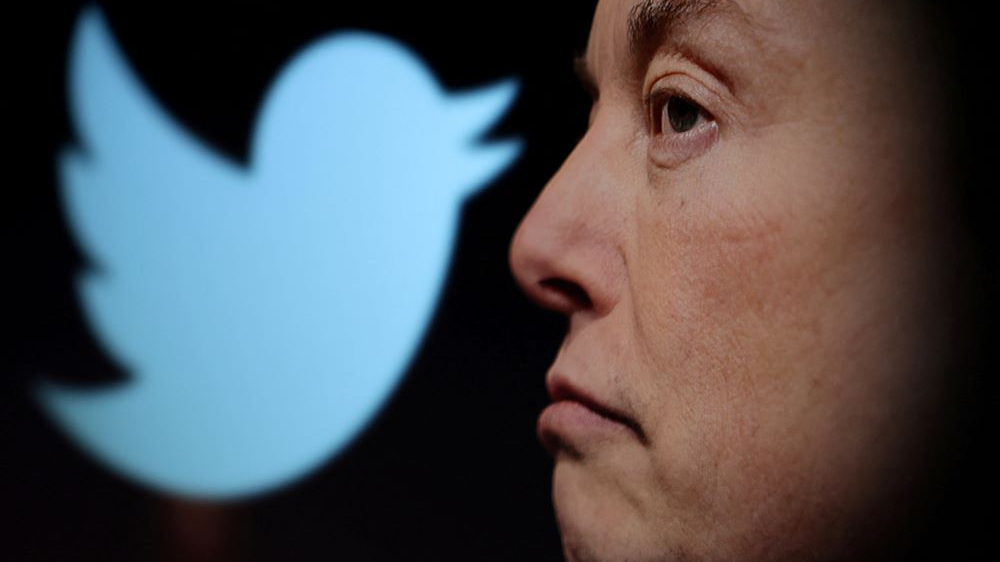 Musk has been inching closer to Twitter control for some time. /Dado Ruvic/Reuters

Musk has been inching closer to Twitter control for some time. /Dado Ruvic/Reuters

However, Breton quickly reminded Musk that Twitter would have to abide by the bloc's rules on social media communication.

"In Europe, the bird will fly by our (EU) rules," Breton posted, including Musk's original message below. He used the hashtag #DSA – for the EU's Digital Services Act, which the Commission describes as protecting users' rights online.

"Under the DSA, platforms will not only have to be more transparent, but will also be held accountable for their role in disseminating illegal and harmful content," the Commission said.

EU reminds Musk: Twitter must adapt to our rules

Although it initially appeared to be a bad-tempered interaction, Breton (the former CEO of France Telecom) followed up with a video of his visit to Musk's Tesla base in Texas. The video shows the pair in broad agreement following a discussion of the DSA.

"I was happy to be able to explain to you the DSA… and it fits pretty well with what you want to do with the platform," Breton said to Musk. "I agree with everything you said, really," Musk replied.