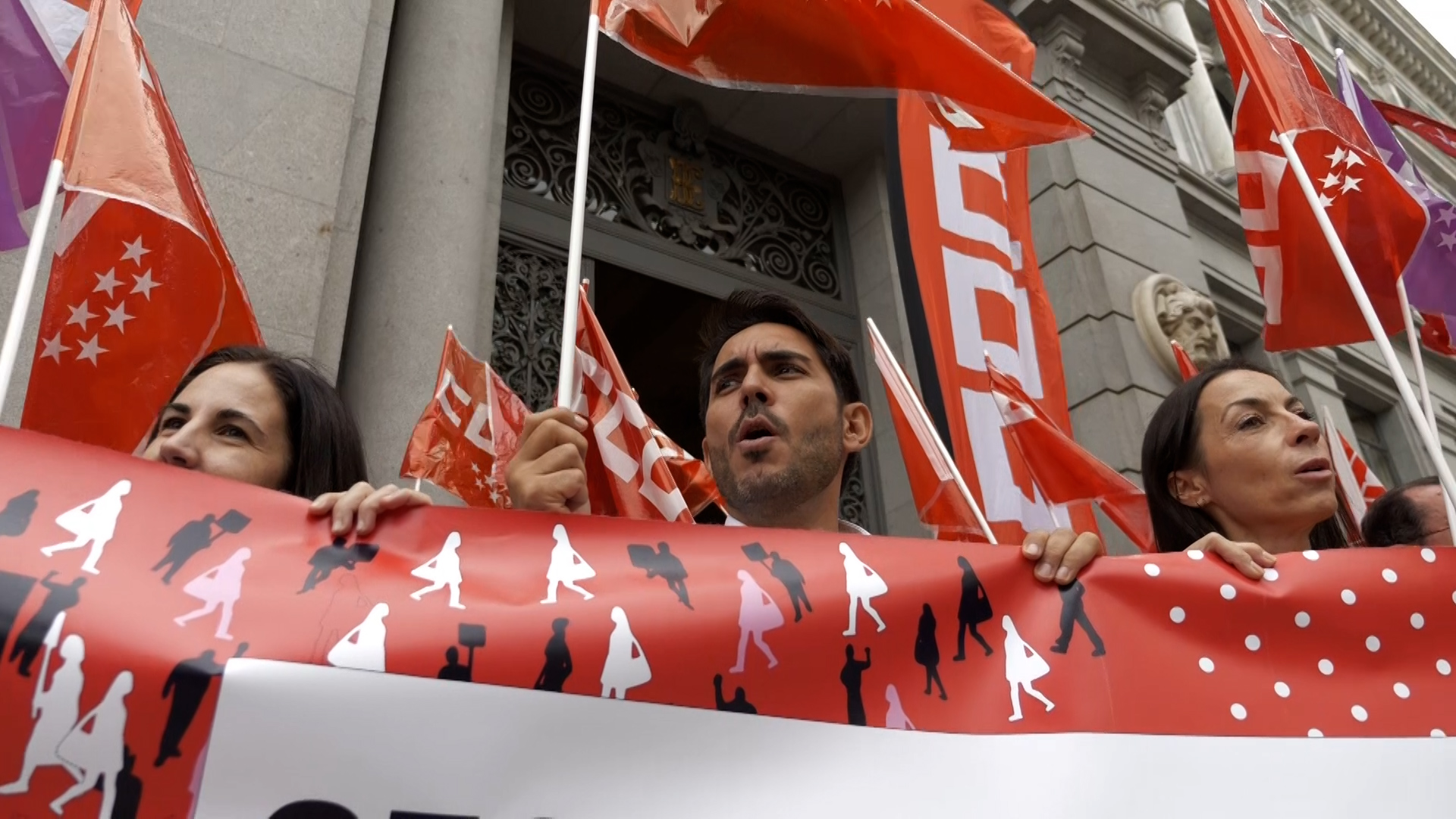 Banking labor unions in Spain are calling for better conditions for their members. /Rahul Pathak/CGTN Europe

Banking labor unions in Spain are calling for better conditions for their members. /Rahul Pathak/CGTN Europe

Spain has suffered more than most in the cost-of-living crisis. High rates of inflation plus some of the lowest wages in western Europe have made life a real struggle for many.

In recent weeks, there have been protests from workers from all over the labor sector, with banking staff the latest to take to the streets.

Banking labor unions are calling for better conditions for their members and want their wages to be increased to help them cope with the high cost of living.

The protest march in Madrid was one of several organized across the country for Friday, with simultaneous demonstrations taking place in Malaga and Valencia. 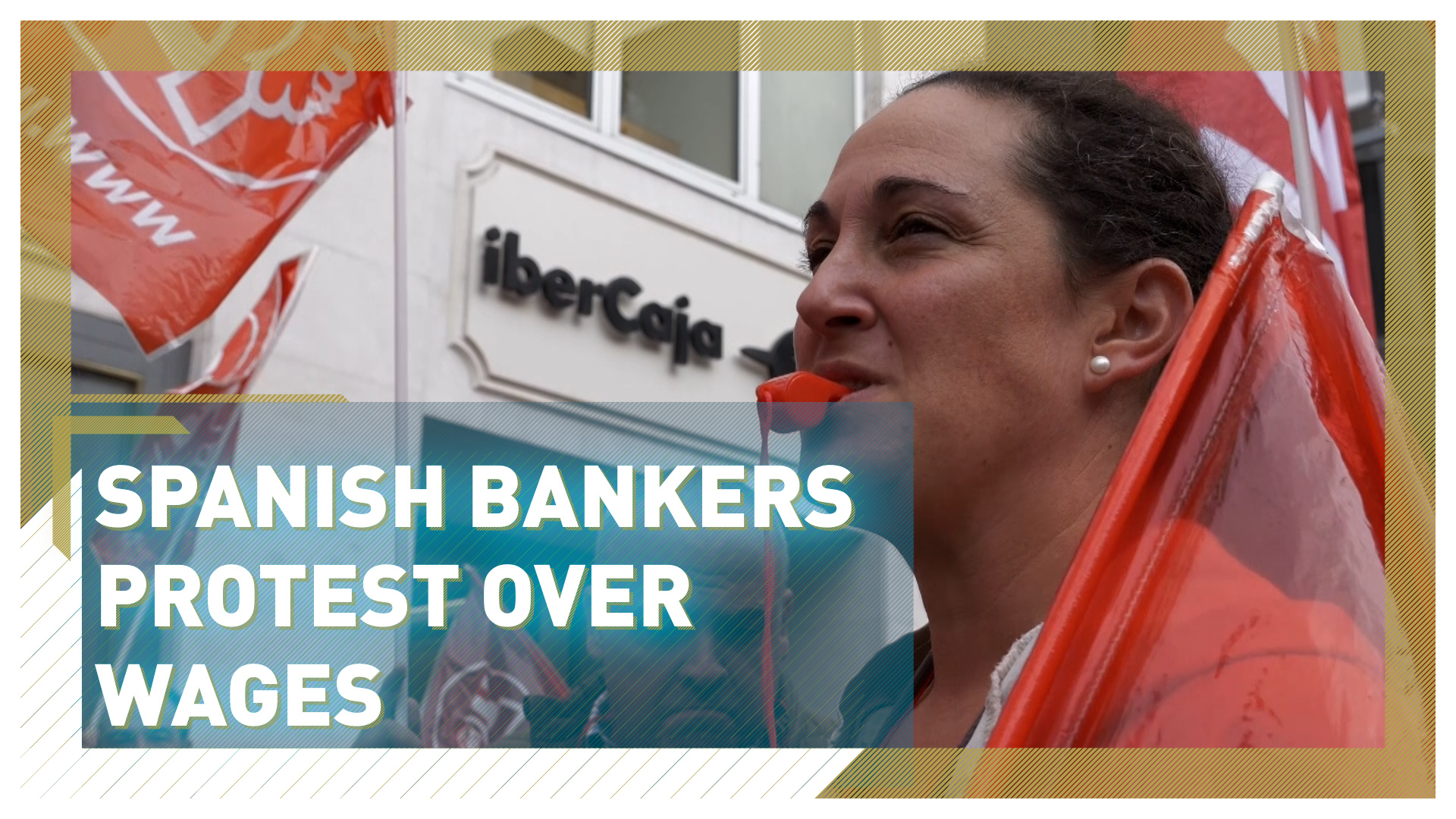 Chema Martínez, general secretary for the CCOO financial services union, told CGTN Europe that the last few months have been very painful for its members.

"We are now experiencing extremely tough times within the financial services industry," said Martinez. "There has been huge restructuring. We have lost more than 100,000 employees over the last decade, during this process of restructuring.

"The pandemic also played its part in all of this, with many colleagues losing their jobs. It's essential for them to try and help us out here."

There was more bad news on the labor front with the announcement that Spain's unemployment rate rose slightly in the third quarter of this year. That represents the first rise in two years.

Many of the jobs lost were in the tourism and agriculture sectors, which employ lots of workers on temporary contracts that are easier to terminate. But arguably the most disappointing figures were the gross domestic product results published on Friday.

Spain's economy slowed dramatically in the third quarter as rapid inflation curbed consumption following a surprise jump in activity during the summer. GDP rose 0.2 percent in the July-September period, short of the 0.3 percent that analysts were predicting.

It has led to fears that Spain could be heading for a recession in 2023. However, the government insists it is confident the strong recovery of the country's tourism industry, as well as the fact that inflation has fallen for the third month in a row, prove the economy is strong enough to avoid a slowdown in 2023.