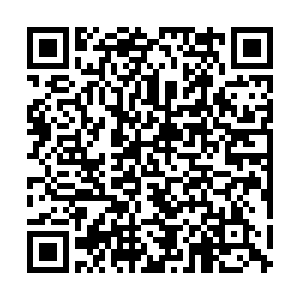 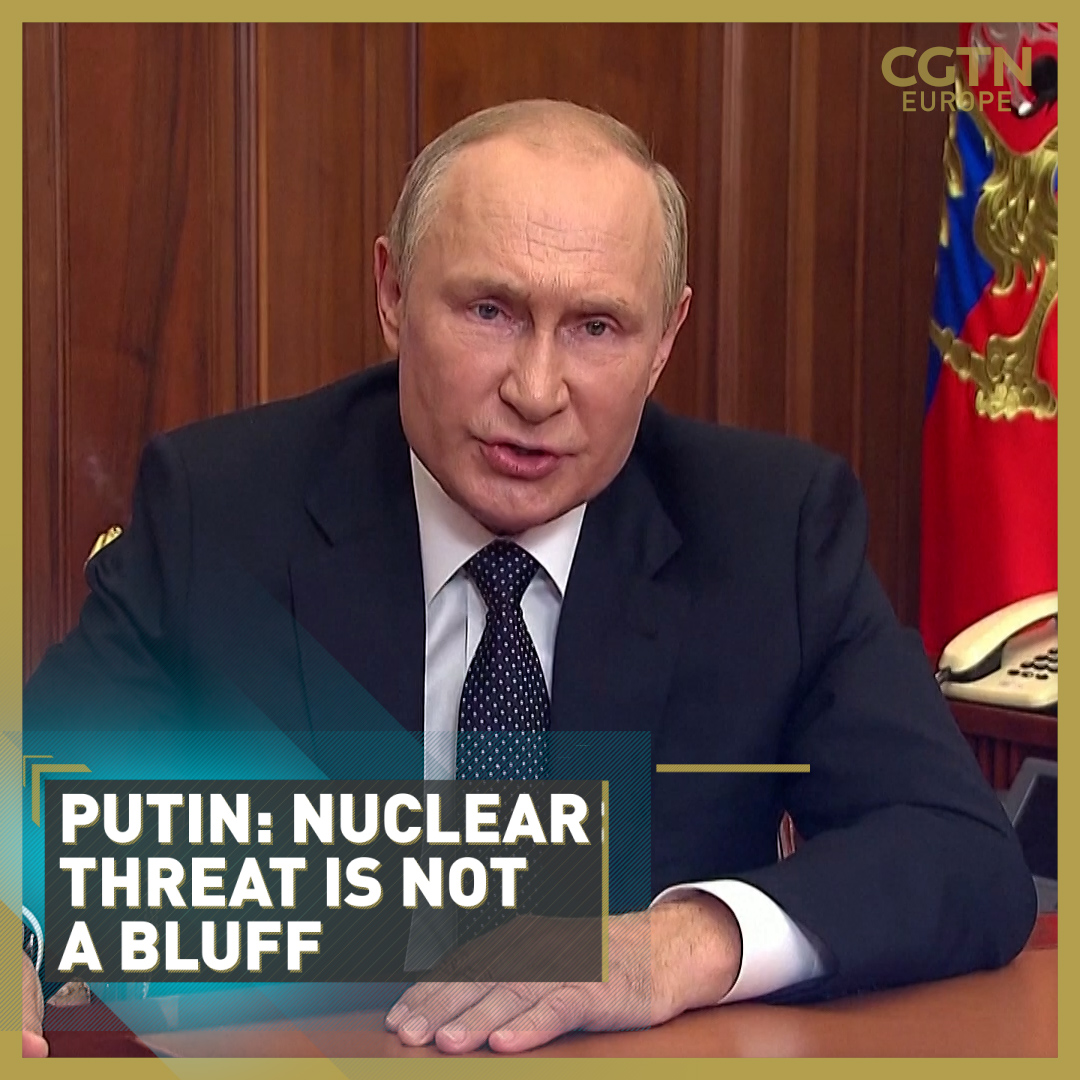 · U.S. President Joe Biden has accused Russia of violating the tenets of membership in the UN by invading Ukraine by starting a 'brutal, needless war', adding that Moscow was making "irresponsible" threats to use nuclear weapons.

· China called for a "ceasefire through dialogue and consultation," following Russian President Vladimir Putin's address on Ukraine in which he announced a partial military mobilization. "We call on the relevant parties to realize a ceasefire through dialogue and consultation, and find a solution that accommodates the legitimate security concerns of all parties as soon as possible," China's foreign ministry spokesman Wang Wenbin told a regular press briefing.

· President Vladimir Putin has signed a decree ordering Russia's first mobilization since World War II, which will see 300,000 combat-ready reservists called up to fight in Ukraine. READ MORE BELOW

· Accusing the West of nuclear blackmail against Russia in a rare address to the nation, the Russian president also warned that Moscow would defend itself with "all available means" if faced with a nuclear threat, saying "this is not a bluff."

· Putin also used the speech to give his explicit support to referendums set to be in the coming days in Russian-occupied Ukraine. The area that Moscow hopes to integrate into Russia makes up around 15 percent of Ukrainian territory, or an area about the size of Hungary.

· Ukrainian presidential adviser Mykhailo Podolyak said that Moscow's mobilization was a predictable step that will prove unpopular and underscored that the conflict was not going according to the Kremlin's plans.

· Some 5,397 Russian soldiers have been killed since the start of the conflict, Defense Minister Sergei Shoigu said in Moscow's first update on casualty numbers in almost six months. He dismissed Western claims Russia has suffered heavy losses, and said 90 percent of wounded Russian soldiers had returned to the frontline.

· Russia will attempt to destroy Ukraine and change its borders, Polish Prime Minister Mateusz Morawiecki said of Moscow's partial mobilization, saying Warsaw would "do all we can with our allies, so that NATO supports Ukraine even more so that it can defend itself."

· EU member Latvia, which borders Russia, says it will not offer refuge to any Russians fleeing Moscow's mobilization of troops, citing security concerns, as one-way flights out of Russia sold out on Wednesday following the immediate call-up of 300,000 reservists.

· Pope Francis has said that Ukrainians are being subjected to savageness, monstrosities and torture, calling them a "noble" people being martyred. However, he did not mention Russia in his address.

· U.S. fast food giant McDonald's has started to reopen its businesses in Kyiv this week after being closed due to the conflict, with deliveries getting underway again on Tuesday, while dine-in restaurants will only open in October. 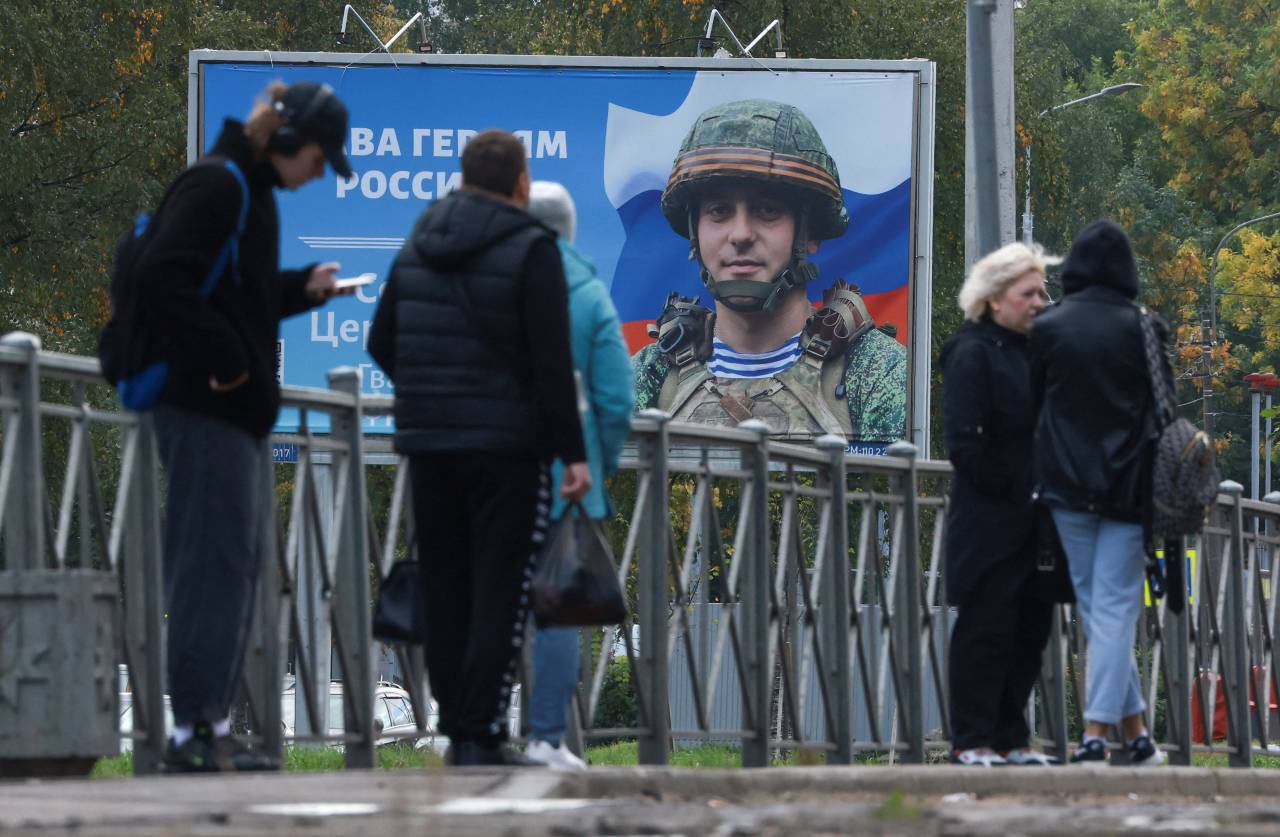 People gather at a tram stop in front of a board displaying a portrait of Russian service member in Saint Petersburg./Anton Vaganov/Reuters

People gather at a tram stop in front of a board displaying a portrait of Russian service member in Saint Petersburg./Anton Vaganov/Reuters

President Vladimir Putin ordered Russia's first partial military mobilization since World War II on Wednesday and backed a plan to annex large parts of Ukraine, warning the West he would be ready to use nuclear weapons to defend Russia.

Moscow's mobilization of hundreds of thousands of Russian reservists is considered to be one of the biggest escalations of the conflict since February, with Putin arguing that his soldiers were effectively facing the full force of the West's "military machine" in Ukraine.

He went on to accuse the West of plotting to destroy Russia by encouraging Kyiv to push military operations into his country.

He added that Western allies were engaging in "nuclear blackmail" by allegedly discussing the use of nuclear weapons against Moscow. "In its aggressive anti-Russian policy, the West has crossed every line," Putin said in a televized address to the nation.

"If the territorial integrity of our country is threatened, we will without doubt use all available means to protect Russia and our people - this is not a bluff."

Speaking shortly after Putin, Defense Minister Sergei Shoigu said that Russia would draft some 300,000 additional personnel out of some 25 million potential fighters. The mobilization, the first since the Soviet Union fought Nazi Germany in World War Two, begins immediately, but it will take time before Russia's new troops arrive in Ukraine. 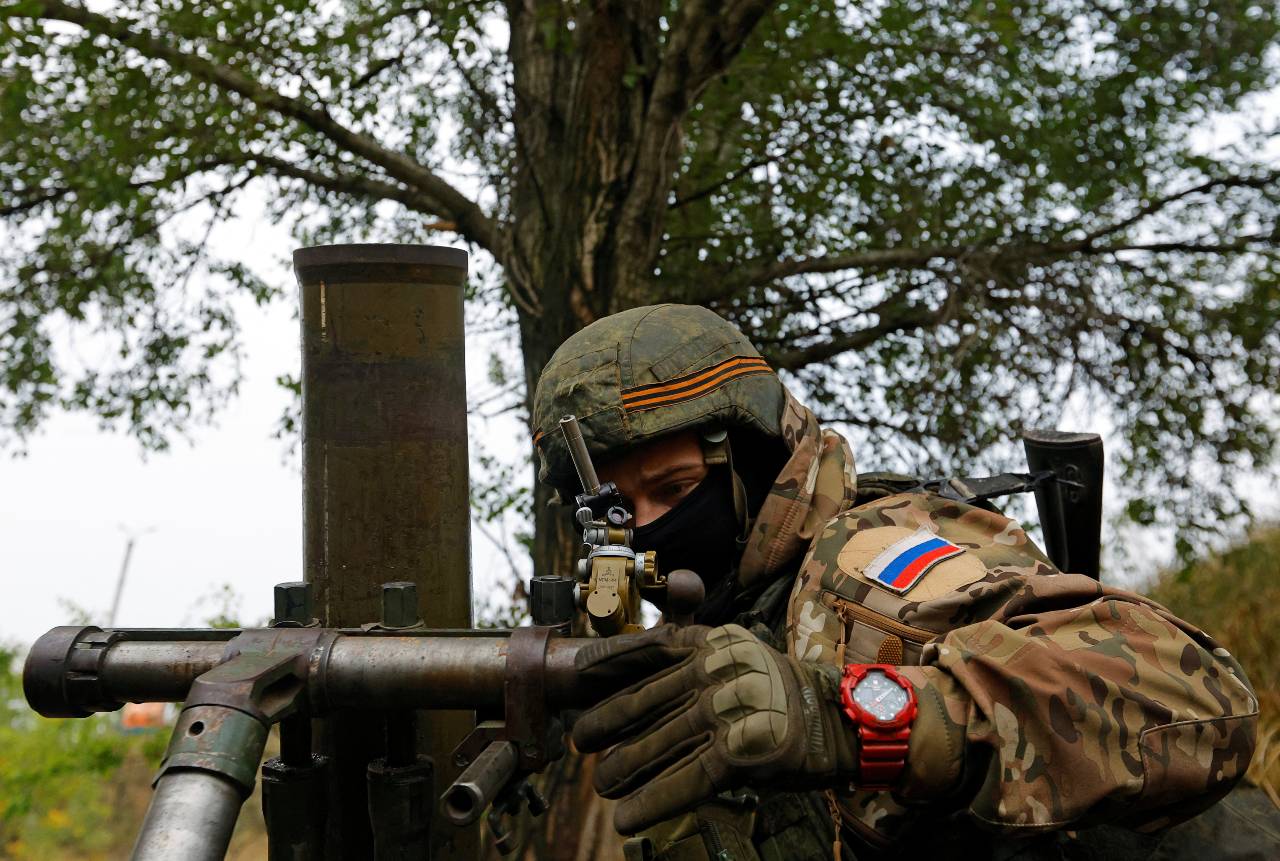 The decision to draft soldiers coincides with major Russian territorial losses in Ukraine's northeast, and the move from Ukrainian separatist leaders to hold referendums on joining Russia - the first step to formal annexation of an area of Ukraine the size of Hungary.

Putin gave his explicit support to the votes on Wednesday, following his recognition of the self-styled Donetsk (DPR) and the Luhansk People's Republics (LPR) just before Moscow launched its attack in February. Russian-installed officials in the Kherson and Zaporizhzhia regions have also asked for referendums.

"We will support the decision on their future, which will be made by the majority of residents in the Donetsk and Luhansk People's Republics, Zaporizhzhia and Kherson," Putin said. "We cannot, have no moral right to hand over people close to us to the executioners, we cannot but respond to their sincere desire to determine their own fate."

The West and Ukraine have condemned the referendum plan as an illegal sham and vowed never to accept its results, with France's President Emmanuel Macron saying the plans were "a parody."

However, if the territories are integrated in Russia, it would give Moscow the excuse to use nuclear weapons if it felt it was necessary: the country's nuclear doctrine allows the use of such weapons if weapons of mass destruction are used against it or if the Russian state faces an existential threat from conventional weapons.