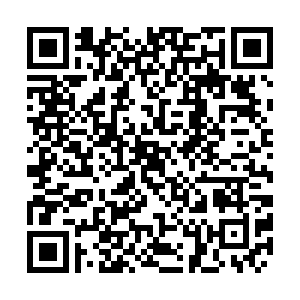 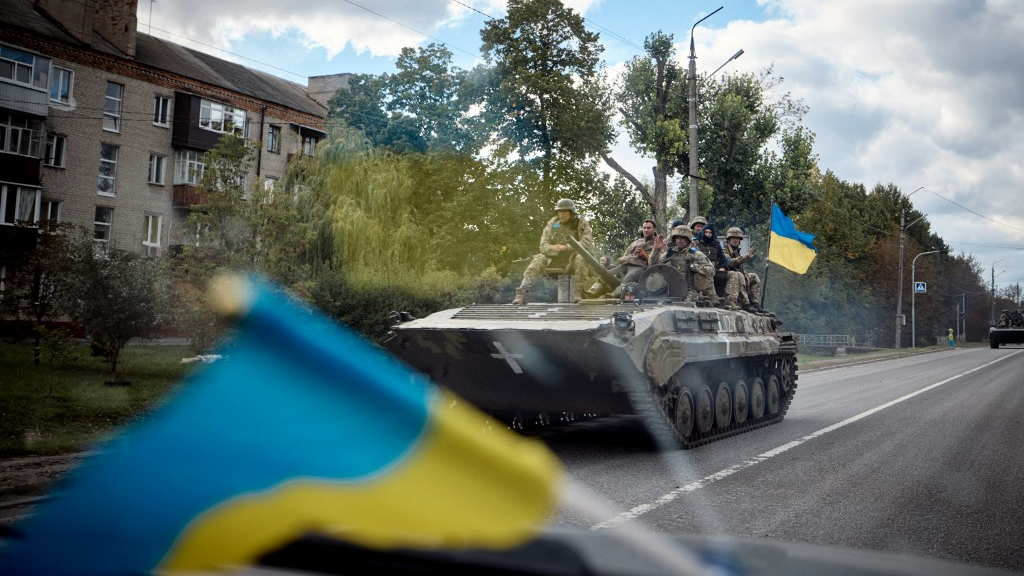 Ukrainian soldiers on a tank in a street of Kupiansk, Kharkiv region, as fighting against Russian in northeast Ukraine rages. /Ukraine Presidency/AFP

Ukrainian soldiers on a tank in a street of Kupiansk, Kharkiv region, as fighting against Russian in northeast Ukraine rages. /Ukraine Presidency/AFP

· Ukraine said its troops have retaken more territory recently abandoned by Russia, and are preparing to launch an assault on all areas of Luhansk province seized by Moscow's forces, who President Volodymyr Zelenskyy said were "clearly in a panic." READ MORE BELOW

· A Ukrainian strike on a Russian-controlled village in the Luhansk region of eastern Ukraine killed seven civilians, including three children, on Monday night, according to Russian-installed officials.

· Former Russian President Dmitry Medvedev said it was "essential" for Russian-backed separatists to hold referendums that would see their regions join Russia, after leaders in the self-proclaimed Donetsk and Luhansk People's Republics agreed to "synchronize" efforts to stage such ballots. READ MORE BELOW

· President Zelenskyy said in his late night Monday address that investigators had discovered new evidence of torture used against some soldiers buried near recently liberated Izium in Kharkiv. The Kremlin has rejected the allegations as a "lie."

· Moscow and Kyiv have agreed to swap 200 prisoners in one of the largest exchanges of the seven-month war, Turkish President Recep Tayyip Erdogan has announced, after talks with Putin last week on the sidelines of a summit in Uzbekistan.

· Western supplies mean increased Ukrainian long-range strike capability has likely forced Russia's Black Sea fleet to move some of its submarines from annexed Crimea to southern Russia, according to the UK military.

· Hungary's foreign minister has said the European Union (EU) should not consider new sanctions against Russia, saying the bloc "should stop flagging measures that would only further deepen the energy supply crisis."

· As Ukraine continues to urge the West to step up weapons deliveries, Germany pledged to supply four more Panzer howitzer 2000 tanks, along with an additional ammunition package. Zelenskyy was expected on Wednesday to use a UN summit to ask the West to ramp up its arms deliveries. 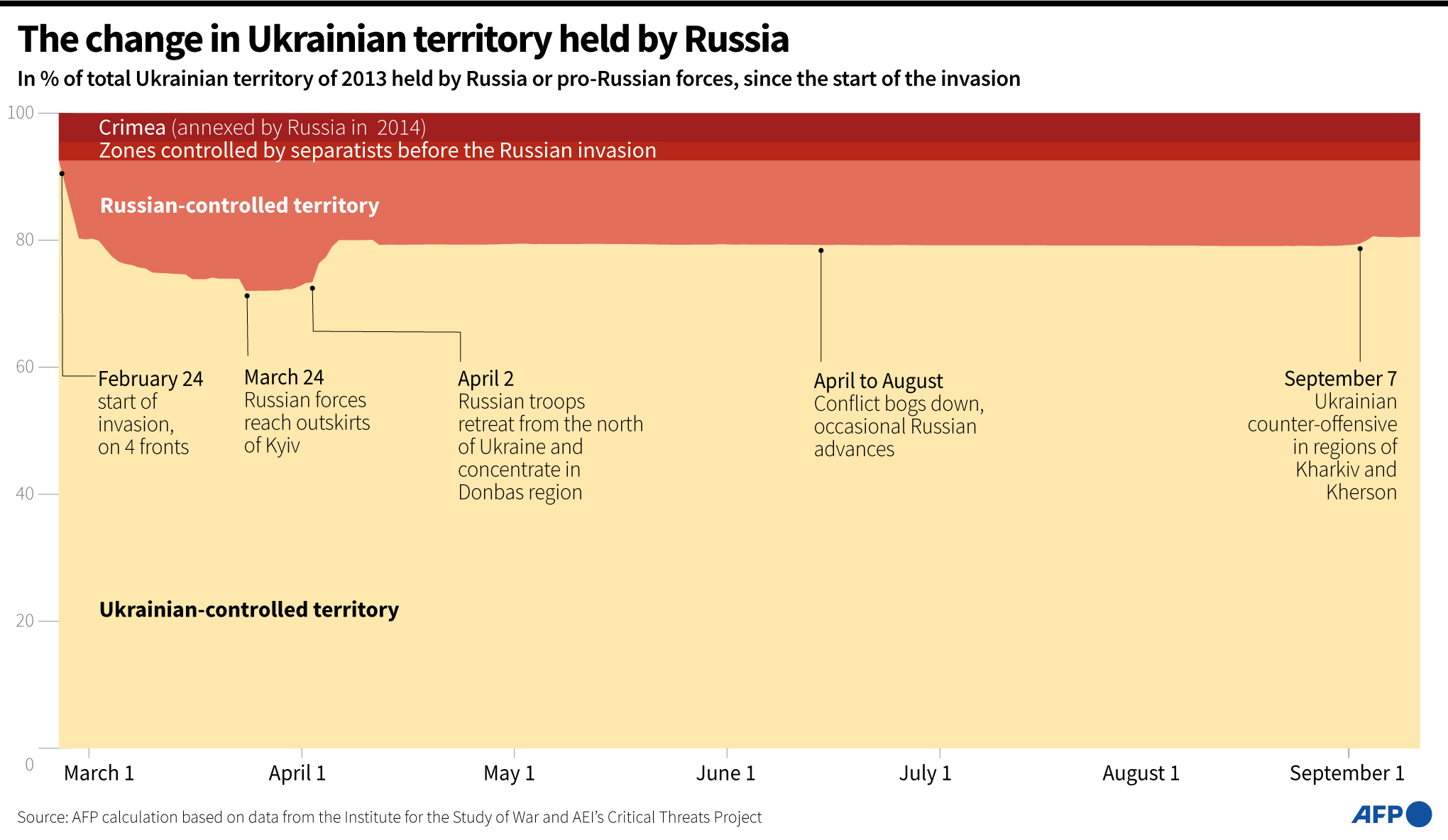 'Occupiers in a panic'

Ukraine said its troops have marched farther east into territory recently abandoned by Russia, setting the stage for a renewed assault on Moscow's occupation forces in the Donbas region.

"The occupiers are clearly in a panic," President Zelenskyy said in a televised address late on Monday, adding that his forces were now focused on "speed" in liberated areas.

The Ukrainian leader also hinted he would use a video address to the United Nations (UN) General Assembly on Wednesday to ask countries to accelerate weapons deliveries.

"We are doing everything to ensure Ukraine's needs are met at all levels - defense, financial, economic, diplomatic," Zelenskyy said.

After making several key gains, Ukraine's armed forces were preparing to retake all of Luhansk province, provincial governor Serhiy Gaidai said, with Kyiv fighters stationed only 10 km (6 miles) west of Lysychansk city, which fell to the Russians after weeks of grinding battles in July.

"There will be fighting for every centimeter," Gaidai wrote on Telegram. "The enemy is preparing their defense. So we will not simply march in."

Luhansk and the neighboring province of Donetsk make up the industrialized eastern region of Donbas, which Moscow says it intends to seize.

Ukrainian troops have begun to push into Luhansk since driving Russian forces out of northeastern Kharkiv province in a successful counter-offensive this month.

As Donbas separatists tried to push back against Kyiv's counter attack, its leaders on Monday called for urgent referendums on the region becoming part of Russia. 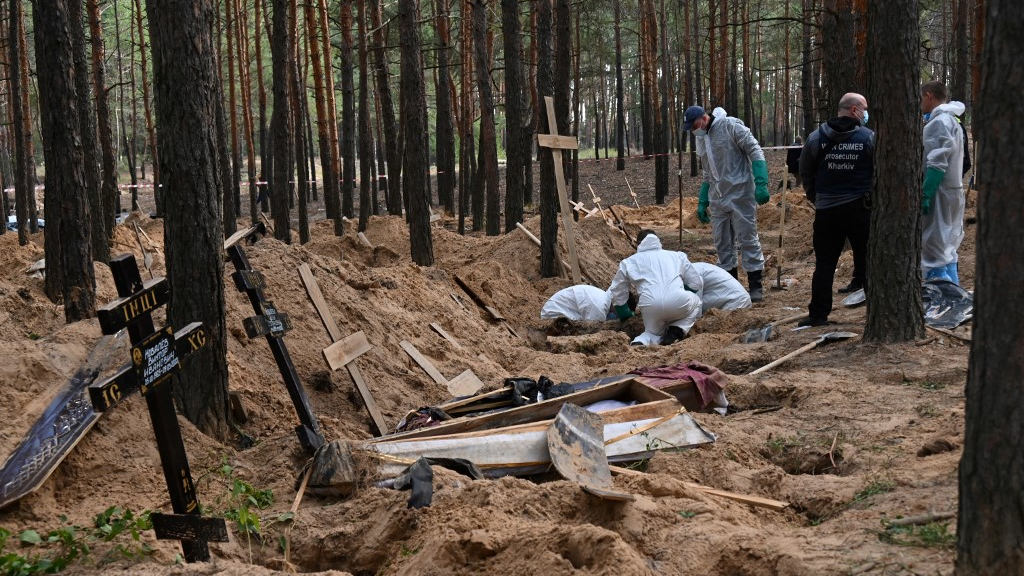 Ukrainian investigators have uncovered hundreds of graves after the city was recaptured from the Russians. /Sergey Bobok/AFP

Ukrainian investigators have uncovered hundreds of graves after the city was recaptured from the Russians. /Sergey Bobok/AFP

Ukraine is still assessing the impact of Russia's occupation with Ukrainian forensic experts having exhumed at least 146 bodies buried without coffins at a vast makeshift cemetery in woods near the recaptured town of Izium.

Some 450 graves have been found at the site, Zelenskyy said, but the government has not yet explained how most of the people died. However, officials said dozens were killed in the shelling of an apartment building, and there were signs others were killed by shrapnel.

According to preliminary examinations, four showed signs of torture, with their hands tied behind their backs, or in one case a rope tied round their neck, Serhiy Bolvinov, the head of investigative police in the Kharkiv region, said.

Bolvinov said most of the bodies appeared to be civilians, with locals identifying their dead by matching names to numbers on wooden crosses marking the graves.

"Soldiers had their hands tied, there were signs of torture on civilians," Bolvinov said. Ukraine says 17 soldiers were in a mass grave at the site.

The Kremlin denied on Monday that Russia was to blame for Kyiv's findings at the site.

"It's a lie, and of course we will defend the truth in this story," Kremlin spokesperson Dmitry Peskov said, comparing the allegations to incidents earlier in the conflict where Russia claimed without evidence that atrocities were staged by Ukrainians.