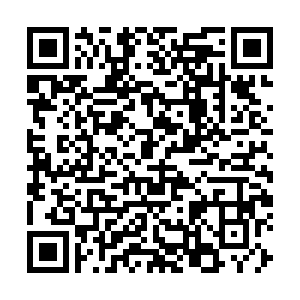 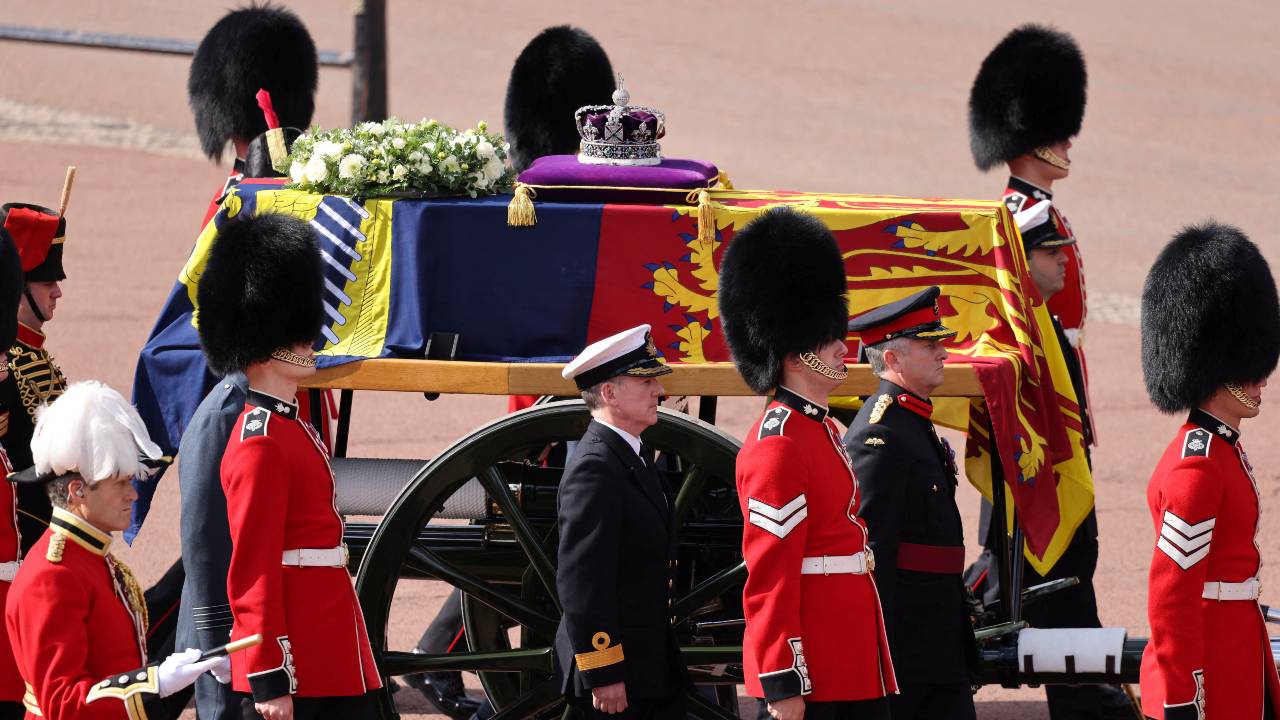 The coffin of Queen Elizabeth II, adorned with a Royal Standard and the Imperial State Crown during the procession from Buckingham Palace to the Palace of Westminster. /Will Haigh/Pool

The coffin of Queen Elizabeth II, adorned with a Royal Standard and the Imperial State Crown during the procession from Buckingham Palace to the Palace of Westminster. /Will Haigh/Pool

The coffin of Queen Elizabeth II has arrived at the UK Parliament's Westminster Hall, where it will lie in state for four days ahead of her funeral on Monday. Before the doors were opened to the public the queue to see the UK's longest-reigning monarch was already over four kilometers long, with estimates that over one million people will attempt the journey to file past the Queen's coffin.

After the Imperial State Crown and wreath were laid on top, the Queen's coffin was placed on a gun carriage of the King's Troop Royal Horse Artillery. From there it was taken on the 38-minute journey through central London to Westminster Hall.

Her eldest son, now King Charles III walked in silence behind the carriage with other senior royals, including his siblings Anne, Andrew and Edward, and sons William, now the Prince of Wales, and Harry, the Duke of Sussex.

After the coffin was carried inside Westminster Hall by Grenadier Guards, it was placed on a structure known as a catafalque, ahead of a short service conducted by the Archbishop of Canterbury, spiritual head of the Anglican Church.

The Queen's death last Thursday, aged 96, has plunged much of the UK into mourning for a monarch who had reigned for 70 years.

Westminster Hall is just 800 meters from Westminster Abbey, where the Queen's state funeral will take place. Dating back to 1097, it is the oldest building on the parliamentary estate, with a central role in British history. The major institutions of the state - Parliament, the law courts and various government offices - grew around it.

It is practically the only part of the ancient Palace of Westminster surviving in its original form and was built during the rule of William II, son of William the Conqueror who invaded England in 1066.

What does lying in state involve?

Lying in state, describes the formal occasion in which a coffin is placed on view to allow the public to pay their respects to the deceased before the funeral ceremony. The Queen's closed coffin will lie in state for four days.

Each corner of the platform is guarded around the clock by units from the Sovereign's Bodyguard, Foot Guards or the Household Cavalry Mounted Regiment.

The concept began in the 17th Century, during the Stuart era, but only in the early 20th Century did the tradition develop. Every monarch since 1910 has lain in state. Prime Ministers William Gladstone and Winston Churchill also had the honor. The last person to lie in state in the UK was Queen Elizabeth's mother in 2002. 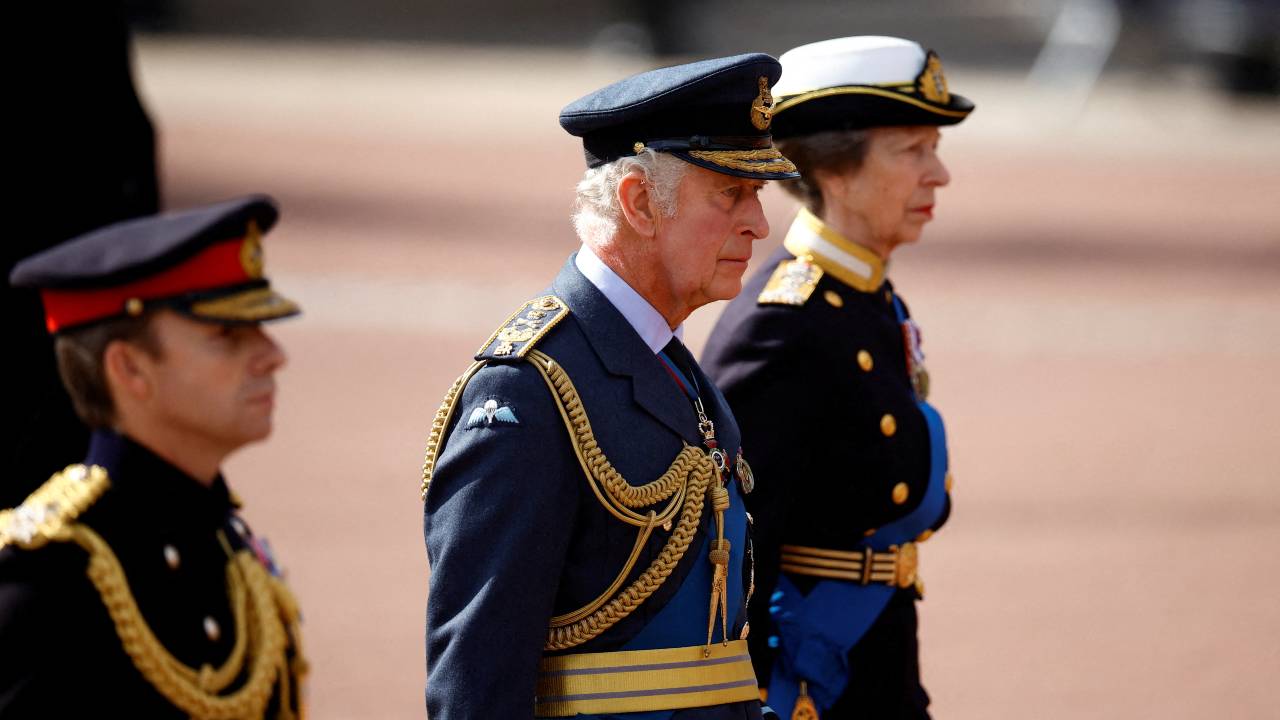 Britain's King Charles marches behind his mother's coffin en route to the Houses of Parliament for her lying in state. /Sarah Meyssonnier/Reuters

Britain's King Charles marches behind his mother's coffin en route to the Houses of Parliament for her lying in state. /Sarah Meyssonnier/Reuters

All members of the public are allowed to file past the catafalque to pay their respects between 1600 GMT on Wednesday until 0530 GMT next Monday.

The Hall will be open 24 hours a day, but with a queue being tracked by the Department for Culture, Media and Sport, the UK government has warned the it could stretch for up to 5 miles.

"You will need to stand for many hours, possibly overnight, with very little opportunity to sit down as the queue will be continuously moving," said a government statement.

What are the security implications?

Visitors will go through airport-style security and only be allowed to take one small bag each. Food and liquid of all kinds are banned, along with banners, placards, or flowers.

It's the start of arguably the UK's largest ever security operation. Hundreds of foreign dignitaries, including U.S. President Joe Biden, are expected to attend the funeral, with more than a million mourners anticipated in the capital over the coming six days.

Bob Broadhurst, gold commander for the Metropolitan Police during the London 2012 Olympics, told The Guardian it "will be the largest outpouring of people onto the streets of London – and elsewhere for that matter – that the UK has ever seen."

Up to 10,000 police officers will be assigned to the operation daily, with 1,500 military personnel on hand to assist.