Download
'It was a great privilege': How Charles won over the Welsh people
Zofia Melanczuk & Tane Rogers 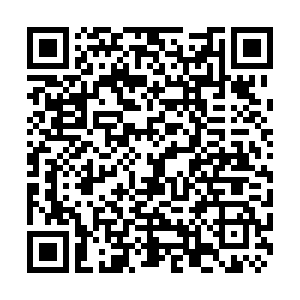 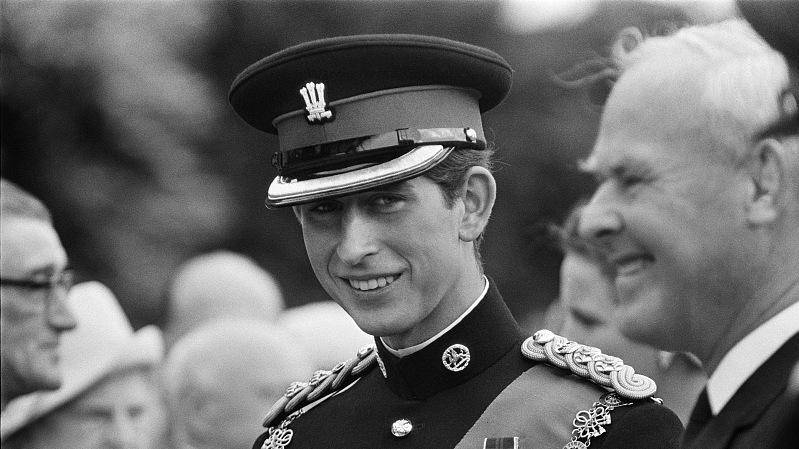 The then Prince Charles on his way to his investiture as Prince of Wales at Caernarfon Castle in 1969. /Daily Herald via Getty Images/CFP

The then Prince Charles on his way to his investiture as Prince of Wales at Caernarfon Castle in 1969. /Daily Herald via Getty Images/CFP

In his first address to the nation as Britain's monarch, King Charles III referred to his position as the Prince of Wales with the words 'It was a great privilege'. The humility of his sentiments conveys the deep respect and affection that he has developed for Wales and the Welsh people over the last half a century working alongside them.

The year was 1969 and the future King Charles III, or Prince Charles as he was known to the world for more than 50 years, was to be crowned Prince of  Wales.

Barely 20 years of age, Charles, a student of anthropology and archeology at the University of Cambridge, was officially given the title by his mother, Queen Elizabeth II during a coronation ceremony at Caernarfon Castle, Gwynedd in July 1969.

More than 4,000 attended the ceremony and a global television audience of 500 million watched as Queen Elizabeth II handed her son the symbols that marked him as Prince of Wales – the sword, coronet, ring, rod and mantle.

But what does it mean to be a Prince of Wales?

The royal title was created by King Edward I for his 16-year-old son in 1301 after his conquest of Wales and has since been held by 21 different heirs to the throne, seven of whom have never become king.

With the heir to the English throne being given a Welsh title, the Prince of Wales appointment has often angered ideals of Welsh nationalism, independence from Westminster and desires for self-determination.

What will change in the UK now King Charles III is on the throne?

Given the fact that many princes before Charles had shown a blatant lack of interest in the region, the new prince certainly had his work cut out for him when the Queen bestowed him with the title.

Though he would become beloved by many in Wales, Charles' relationship was not guaranteed – the Prince of Wales title was viewed by many Welsh people with suspicion and contempt.

A lesson in Welsh

With Welsh nationalist feelings running high in the 1960s, the Queen, together with the then-Labour government, chose to send Charles to Aberystwyth University, where he would be taught the Welsh language. The Crown and the Prime Minister at the time, Harold Wilson, hoped this would help the Welsh people warm to the young prince and strengthen English-Welsh ties.

Upon his arrival in Wales, the opposition to the Prince was obvious, with Charles being greeted with protestors holding signs in Welsh that read "Charlie, go home."

Despite turbulent beginnings, Charles won over many of his critics through his dedication to learn Welsh and the history of Wales; during his time there, it became apparent that he had gained a genuine affection for the country.

One of the Welsh people he befriended was his language tutor. Besides being an eminent academic, Edward 'Tedi' Millward was also a Welsh nationalist and an active member of the Plaid Cymru party – the political party advocating for home rule in Wales.

Despite being opposed to the idea of a British royal being appointed Prince of Wales, Millward agreed to teach the awkward young student and Charles diligently learned to speak Welsh.

After three months, Charles was even able to deliver his investiture speech in Welsh, as well as several other speeches during his week-long tour of Wales. 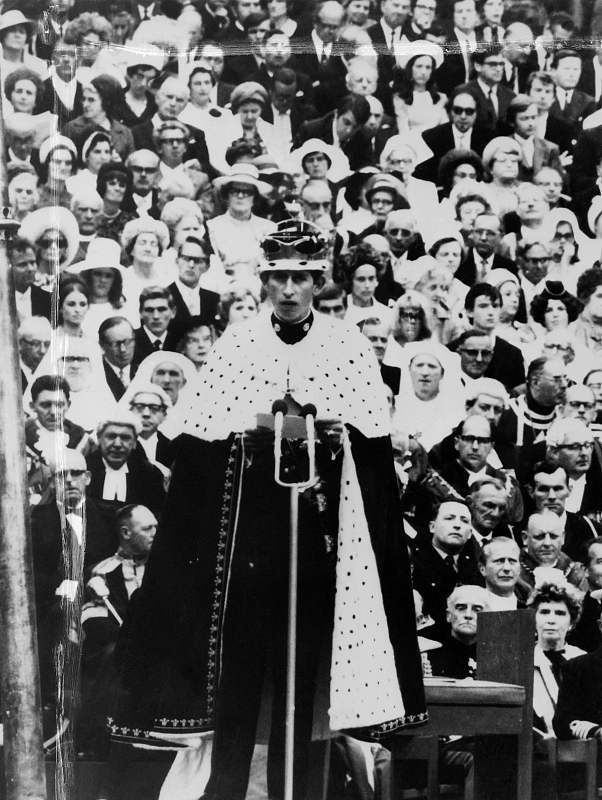 The Prince of Wales delivering his speech in Welsh during his investiture in 1969. /Central press/CFP

The Prince of Wales delivering his speech in Welsh during his investiture in 1969. /Central press/CFP

Many people including government officials believed Charles had been influenced by his Welsh university tutor.

Welsh Secretary George Thomas wrote, "It has become quite evident to me that the Aberystwyth experience has influenced the Prince to a considerable extent," according to official cabinet papers.

In years to come, Charles took his title very seriously, devoting a week each year to a tour of Wales, besides other additional regular visits. He has also been a dedicated advocate for issues in Wales, particularly those that relate to the environment and young people, whom he continues to serve through his Prince's Trust charity which helps struggling youths in Wales.

When Millward died in April 2020, Charles gave tribute to his former tutor in The Times.

"I have very fond memories of my time in Aberystwyth with Dr Millward over 51 years ago," wrote Charles. "While I am afraid I might not have been the best student, I learned an immense amount from him about the Welsh language and about the history of Wales.

"After all these years, I am forever grateful to him for helping foster my deep and abiding love for Wales, her people and her culture."

The future Prince of Wales

Despite a wealth of traditions, there is no automatic succession to the title, with a male heir apparent needing to be created Prince of Wales by the sovereign. In other words, it falls to King Charles III himself to appoint a new Prince of Wales.

Charles got straight to business within his first speech as monarch – bestowing the title on his eldest son, Prince William, and making William's wife Catherine the Princess of Wales.

"Today, I am proud to create him Prince of Wales, Tywysog Cymru," said Charles.

"With Catherine beside him, our new Prince and Princess of Wales will, I know, continue to inspire and lead our national conversations," he said. He added that they would help "bring the marginal to the center ground, where vital help can be given." 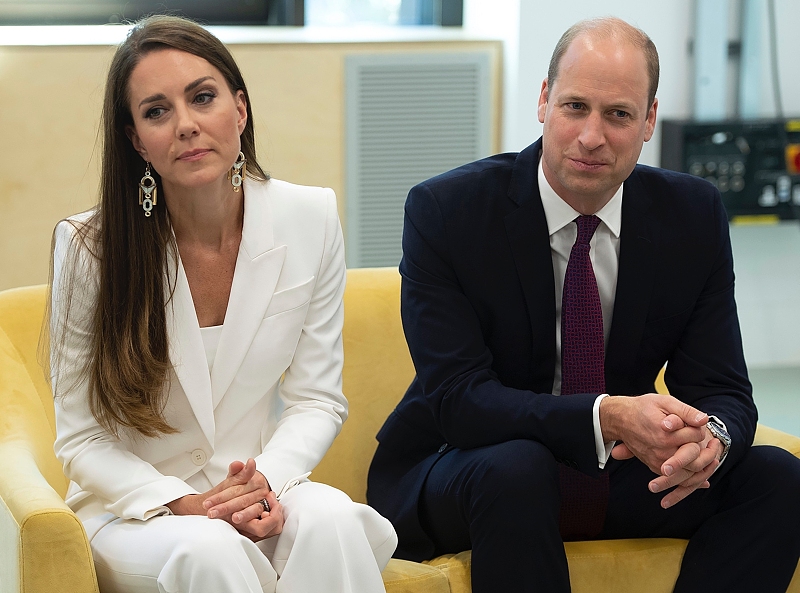 Prince William and Kate Middleton are the new Prince and Princess of Wales. /CFP

Prince William and Kate Middleton are the new Prince and Princess of Wales. /CFP

Prince William and Kate already possess strong connections with Wales: When William worked as an RAF search and rescue pilot based on the island of Anglesey, or Ynys Môn, they lived in a four-bedroomed house there.

Although they have not announced any immediate plans to move to Wales, the Welsh people can certainly expect to see more of the Prince and Princess, who are expected to be popular appointments.

Mark Drakeford, the Welsh first minister, has already said he looks forward to a deepening relationship with the new Prince and Princess of Wales.

"King Charles III has enjoyed a long and enduring friendship with Wales," Drakeford said. "In his first public duty as monarch, at this most demanding of times, he has bestowed the title of Prince of Wales to his eldest son, William. We look forward to deepening our relationship with the new Prince and Princess of Wales as they take on their new duties."

As Prince William prepares to take on his new role, it is yet to be seen whether he will also follow in his father's footsteps by delivering his speech in Welsh. As his father may say to him, good luck – or rather, pob lwc.