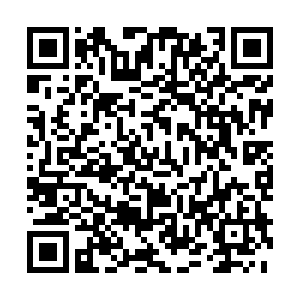 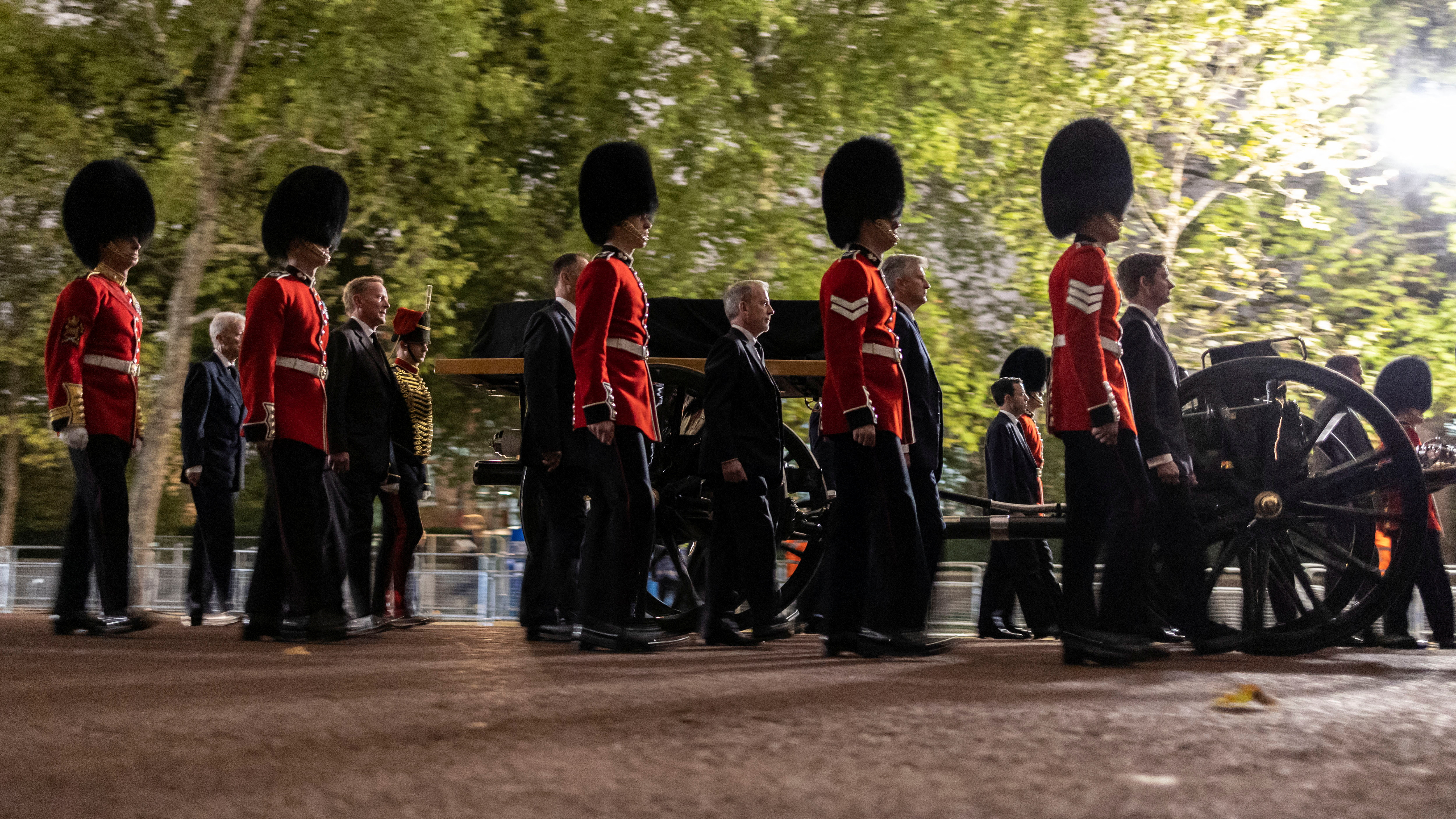 The cortege makes its way on The Mall during a nighttime rehearsal for when the coffin will be moved from Buckingham Palace to Westminster Hall. /Carlos Barria/Reuters

The cortege makes its way on The Mall during a nighttime rehearsal for when the coffin will be moved from Buckingham Palace to Westminster Hall. /Carlos Barria/Reuters

The casket will remain at Buckingham Palace overnight before being placed on a gun carriage and escorted by a military cortege to Westminster Hall. The monarch's body will be lying in state for four days before her state funeral.

Members of the public will be allowed to proceed past the coffin, which will be covered by the Royal Standard flag with the sovereign's orb and scepter placed on top, for 24 hours a day until the morning of the funeral.

The UK government is preparing for huge numbers and has issued warnings for those intending to pay their respects, as members of the public have already begun camping in London ahead of Monday's ceremony.

Westminster Hall will be open to the public from 5 p.m. on Wednesday 14 September until 6.30 a.m. on Monday 19 September.

Government advice on attending the lying in state:

· The queue is expected to be very long. Prepare to stand for many hours, likely overnight, with little opportunity to sit down, as the queue will keep moving.

· Filming and photography will be strictly prohibited.

· You will need to go through airport-style security with tight restrictions on what you can take in. Only small bags are permitted.

King Charles confirmed the day of the funeral will be a Bank Holiday. His Majesty will attend, as will senior UK politicians and heads of state from around the world and key representatives from the charities she supported. U.S. President Joe Biden and France's President Emmanuel Macron have confirmed they will attend.

Following the ceremony, the state hearse will take the coffin to Windsor Chapel on the outskirts of London, where a committal service will take place. She will then be buried next to her husband, the late Prince Philip.

Ahead of the Queen's funeral, Britain's Civil Aviation Authority said it will introduce airspace restrictions, as part of the overall security arrangements.

Some hospital appointments that were scheduled for Monday have been postponed across the UK due to the upcoming national day of mourning. The National Health Service has taken the decision to let individual trusts assess the needs of their patients with some remaining open for time-sensitive appointments such as maternity checks and cancer treatments.

In a similar fashion some funerals, other than the Queen's, are being postponed – although some will go ahead, according to the National Association of Funeral Directors.

Meanwhile Charles, who automatically became king of Great Britain and Northern Ireland and 14 other realms including Australia, Canada, Jamaica and New Zealand, has also been traveling to the four parts of the United Kingdom before the funeral, following Monday's appearance in Edinburgh by flying to Belfast.

He met with senior politicians and faith leaders and attended a service at the city's St Anne's Cathedral.