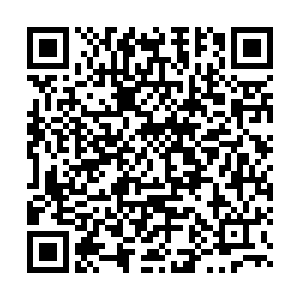 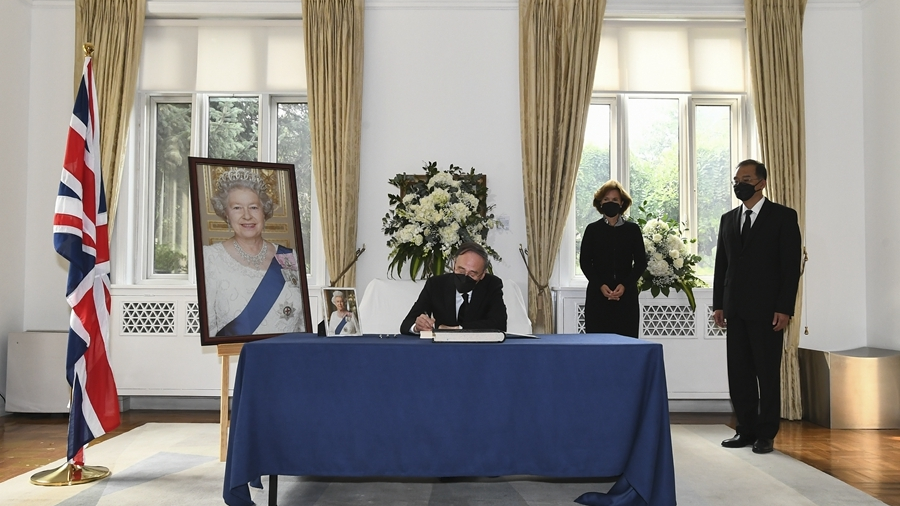 The British ambassador looks on as Wang Qishan writes in the book of condolence. /Xinhua

The British ambassador looks on as Wang Qishan writes in the book of condolence. /Xinhua

China is "actively considering" sending a high-level delegation to the funeral of Britain's Queen Elizabeth, the foreign ministry said on Wednesday. Heads of state from across the world, including U.S. President Joe Biden, are expected to attend the state funeral in central London on Monday.

At her regular news conference, Ministry of Foreign Affairs spokesperson Mao Ning said China would "release the relevant information in due course."

On Tuesday, China's vice president Wang Qishan paid his respects to the Queen who died last Thursday after 70 years on the throne. On behalf of president Xi Jinping, the government and people of China, Wang visited the UK's embassy in Beijing to sign a book of condolence.

Queen Elizabeth is fondly remembered in China for her 1986 visit, which helped strengthen ties between the two countries.

After signing the book, Wang met with UK ambassador Caroline Wilson. He expressed his hopes the two countries could increase their exchanges with a view to cooperating and addressing mutual challenges.