Download
Who is King Charles III? Profile of the UK's new monarch after death of Queen Elizabeth II
CGTN 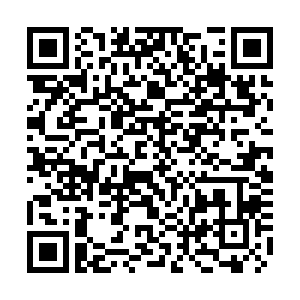 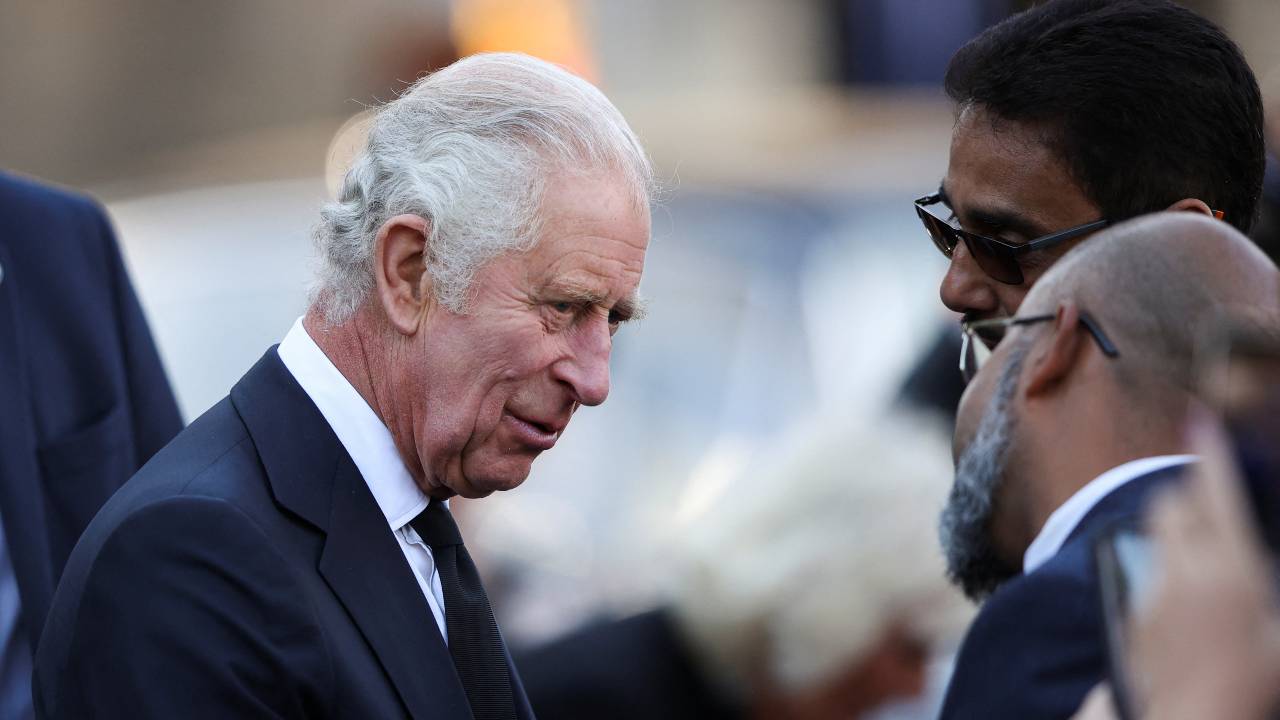 King Charles III has had a long time to think about his new role as head of state for the UK and 14 other countries, not to mention the hundreds of constitutional and representational duties.

At 73, Charles is the oldest person to ever assume the UK throne. But what's his path been and what sort of king might he be?

King Charles has been mocked – and championed – over the years for his vociferous outspoken views on things like climate change and architecture. Might he play it more cautiously?

Speaking in a TV documentary for his 70th birthday in 2018, he said: "The idea I'm going to go on in exactly the same way, if I have to succeed, is complete nonsense because the two – the two situations – are completely different."

Asked if his public campaigning would continue when king, he added: "No, it won't. I'm not that stupid." 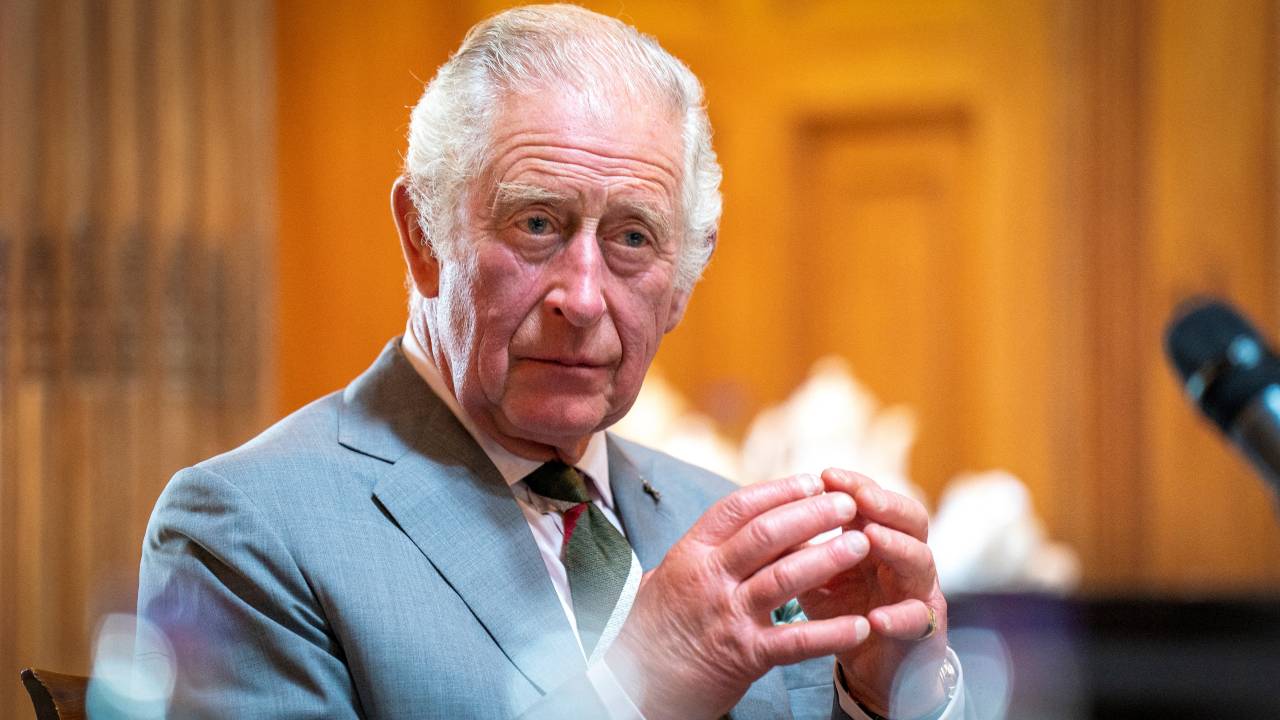 King Charles III has become the UK's new monarch at the age of 73. /Reuters

King Charles III has become the UK's new monarch at the age of 73. /Reuters

After an apprenticeship that began as a child, Charles symbolizes a very modern monarchy. He was the first heir educated away from home, the first to earn a university degree and the first to grow up in the intensifying media glare as respect for royalty seemed to fade.

"He now finds himself in, if you like, the autumn of his life, having to think carefully about how he projects his image as a public figure," says historian Ed Owens. "He's nowhere near as popular as his mother."

Prince Charles Philip Arthur George was born on November 14, 1948, at Buckingham Palace. When his mother acceded to the throne in 1952, the three-year-old prince became the Duke of Cornwall. He became Prince of Wales aged 20.

His school years were unhappy, with stories of being bullied at his Scottish boarding school. He studied history at Cambridge University's Trinity College and in 1970 became the first British royal to earn a university degree.

Something as curious as the monarchy won't survive unless you take account of people's attitudes.
-  King Charles III

He spent seven years in uniform, training as a Royal Air Force pilot before joining the Royal Navy, learned to fly helicopters and ended his military career as commander of a minesweeper in 1976.

His personal life has been equally colorful. His relationship with Camilla Parker Bowles began before he went to sea, but he would later marry Lady Diana Spencer in 1981. Prince William, now heir to the throne, was born a year later, followed by his brother, Prince Harry, in 1984.

The public fairytale soon crumbled. Charles admitted to adultery on TV, while Diana drew attention to her husband's relationship with Camilla, saying: "There were three of us in this marriage."

It took years for many in the UK to forgive Charles, especially after "the people's princess" died in a Paris car crash in 1997. But the public mood softened after he married Camilla in 2005 and she became the Duchess of Cornwall. 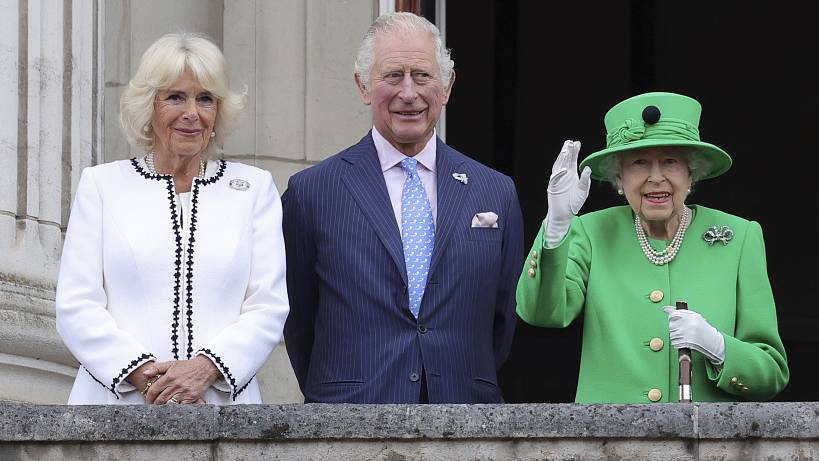 She helped Charles smile more in public, making him appear approachable, as he cut ribbons, unveiled plaques and waited for the crown.

He has been a 'doer' as well as a talker. One of his greatest personal achievements has been creating the Prince's Trust, a charity to help train young people to find jobs or start businesses.

"If it's meddling to worry about the inner cities as I did 40 years ago, then if that's meddling I'm proud of it," he said.

Architecture has been high on his agenda, antagonizing some within the industry. He famously described an extension to London's National Gallery in 1984 as a "monstrous carbuncle on the face of a much-loved and elegant friend."

He put his own ideas into practice in Poundbury, an urban extension to the medieval town of Dorchester in southwest England, on 400 acres of land. Critics call it a fantasy throwback; supporters and residents say it is radical and successful. 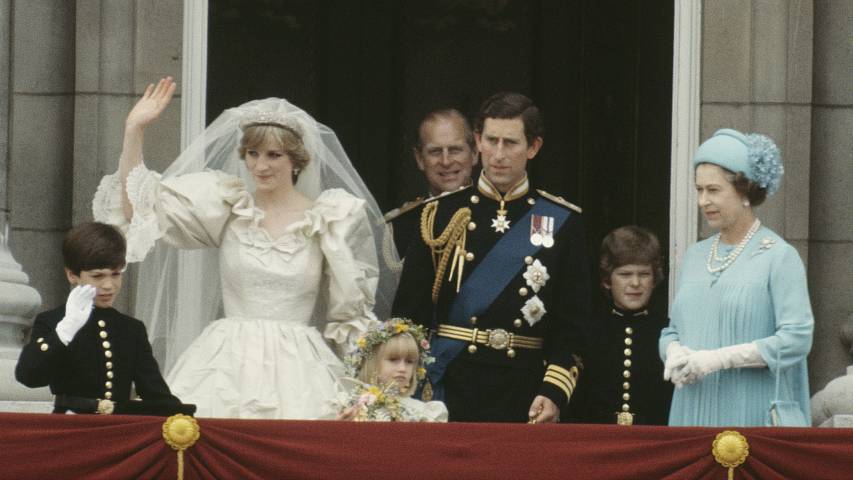 The wedding of Charles and Diana was watched by 700 million on TV in 1981. /Terry Fincher/Princess Diana Archive/Hulton Royals Collection/Getty Images

The wedding of Charles and Diana was watched by 700 million on TV in 1981. /Terry Fincher/Princess Diana Archive/Hulton Royals Collection/Getty Images

His advocacy of alternative medicines and therapies has been equally derided, described as "outright quackery."

But it is his passion for environmental issues and organic farming produce, founding the Duchy Originals brand to promote organic food, that have been his main preoccupation. In 2010 he wrote a book called Harmony: A New Way of Looking at Our World.

He has championed sustainability and warned that problems caused by climate change were fueling wars, terrorism and mass migrations.

Charles said: "Many appeared to think or were told that I was merely leaping from one subject to another, from architecture one minute to agriculture the next.

"What I have actually been trying to demonstrate is that all these subjects are completely interrelated and we have to look at the whole picture to understand the problems we face." 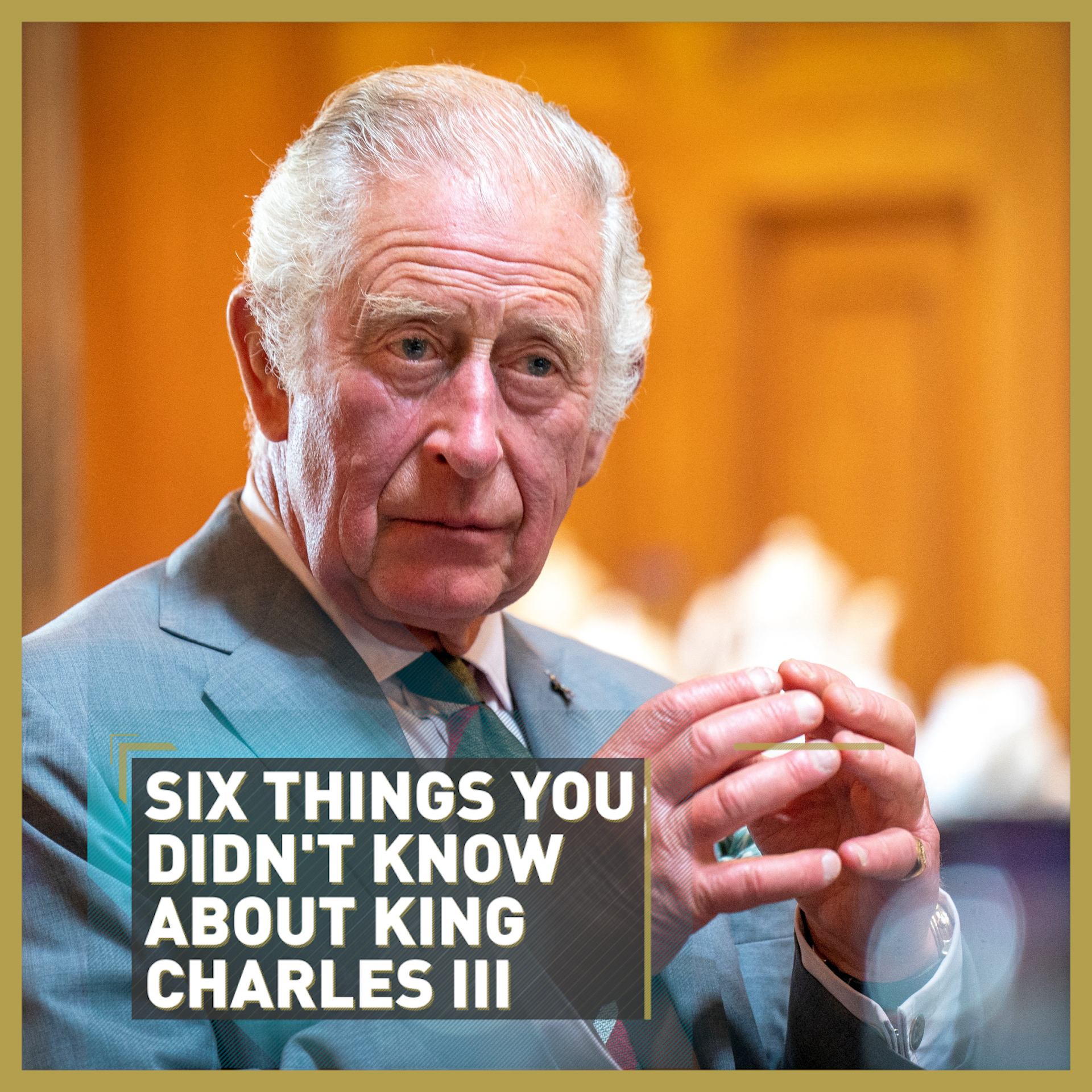 He has also been criticized for political interference. In 2013, it was revealed Charles held 36 meetings with government ministers in the previous three years. He also wrote many letters.

"Prince Charles is an adornment to our public life, but that will cease to be charming if he attempts to behave the same way when he is king," one unnamed senior minister told The Times newspaper.

In August he stressed the importance of China in solving climate change as he introduced the Sustainable Markets Initiative China Council. The council, launched by Charles in 2020, brings together international figures from the private, public and philanthropic sectors – and in a video message, Charles said, "Climate change and biodiversity loss, as two of the world's most dire and pressing threats, simply cannot be solved without China." 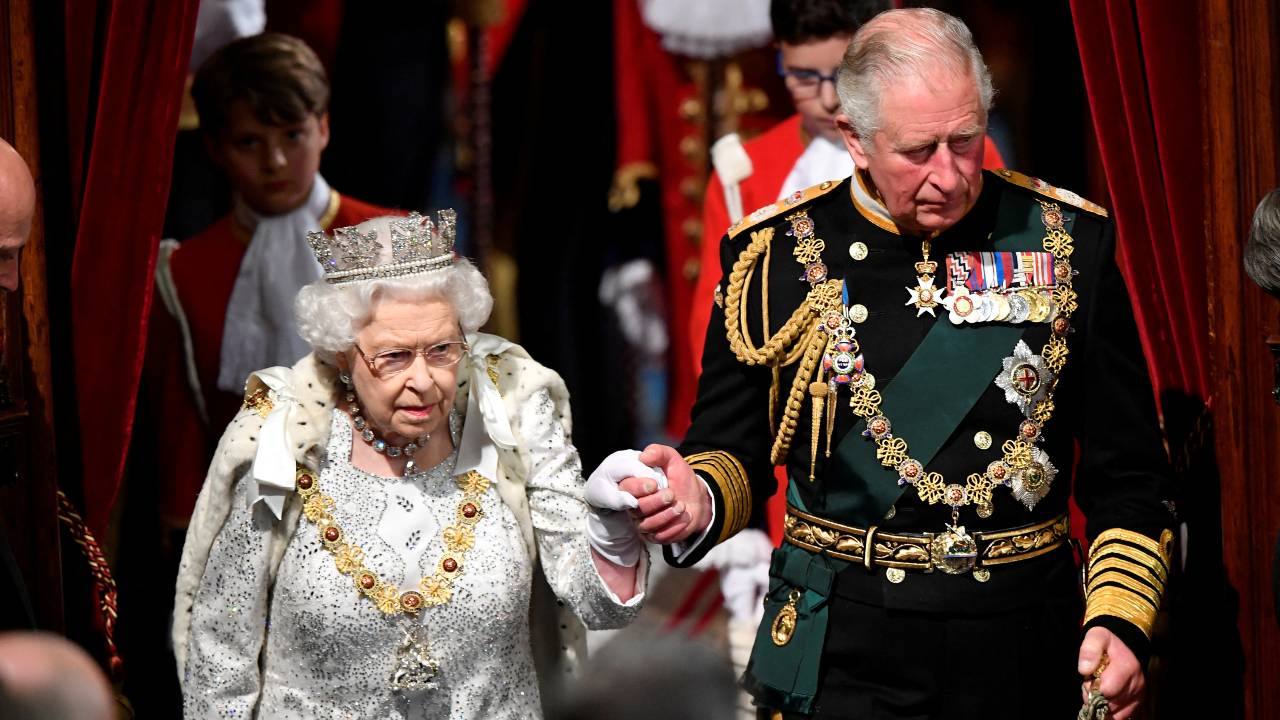 Charles had a close relationship with his mother. /Toby Melville/Reuters

Charles had a close relationship with his mother. /Toby Melville/Reuters

Tom Bower, author of a Charles biography published in 2018, warned: "If he's a rebel king, the monarchy will be in danger."

Tensions persist inside the royal family, underscored by the decision of Harry and his wife, Meghan, to step away from their royal duties and move to the U.S. in 2020.

But Charles has always soldiered on and he would have been aware more than anyone that greater responsibilities lay ahead as his mother gradually passed down more duties in recent months. On the eve of the state opening of Parliament in May, she asked him to preside – evidence that a transition was under way.

His wife said in 2018: "I think his destiny will come. He's always known it's going to come, and I don't think it does weigh heavily on his shoulders at all.”

The time has finally come for King Charles III.