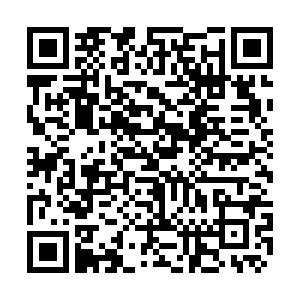 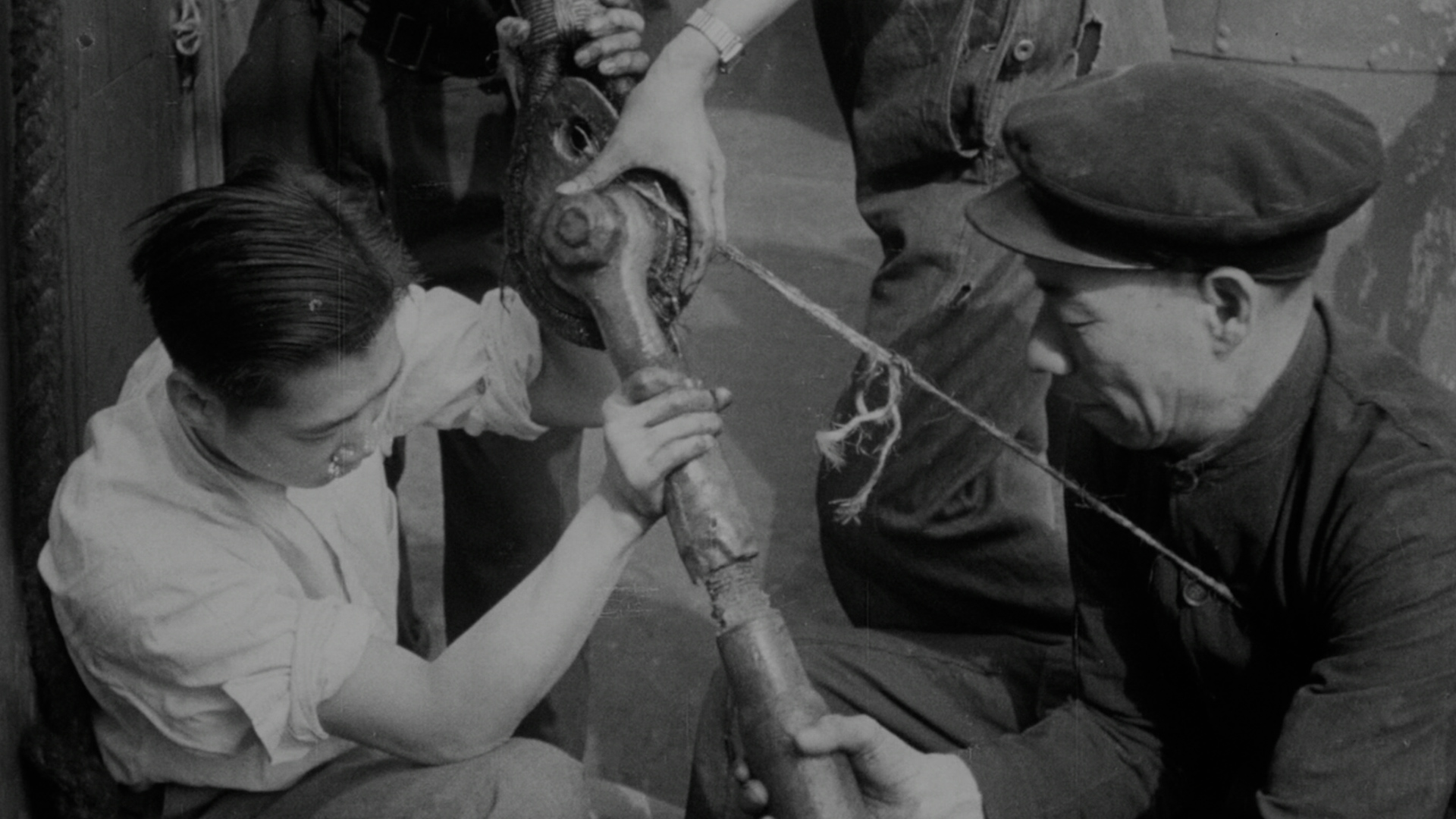 Thousands of Chinese men were deported from Britain after World War II in a policy which had "clearly racially inflected and prejudicial" aims, according to a recent UK government report.

But why were more than 2,000 Chinese men targeted by the British authorities, how was it that so many of their families were not even told about the deportations, and what has the UK government done since to right what one MP called a "damning stain on our history"?

Who were the Chinese men that came to England?

During World War II, the UK had a deficit of workers. Most working age men had been called up to fight Nazi Germany and its allies, leaving the government struggling to find a workforce to man its industries.

As a response, the British authorities turned to overseas workers. Many of those who answered the call were Chinese. Most, if not all, of those who came from China worked in the UK's merchant navy, tasked with ensuring the UK would not starve by helping get ship supplies to the island nation.

As many as 20,000 Chinese seamen are thought to have worked in the shipping industry in the northern English port city of Liverpool. Key to the allied war effort, many of the seamen worked below deck in the engine rooms, dying in their thousands on the dangerous trips through the Atlantic under heavy attack from German U-boats.

Hundreds, if not thousands, of those who survived married British women and had children, settling in the country they had helped defend. But despite their family ties and contributions to the nation, when the war was over, thousands were deported from the UK, often on spurious grounds. 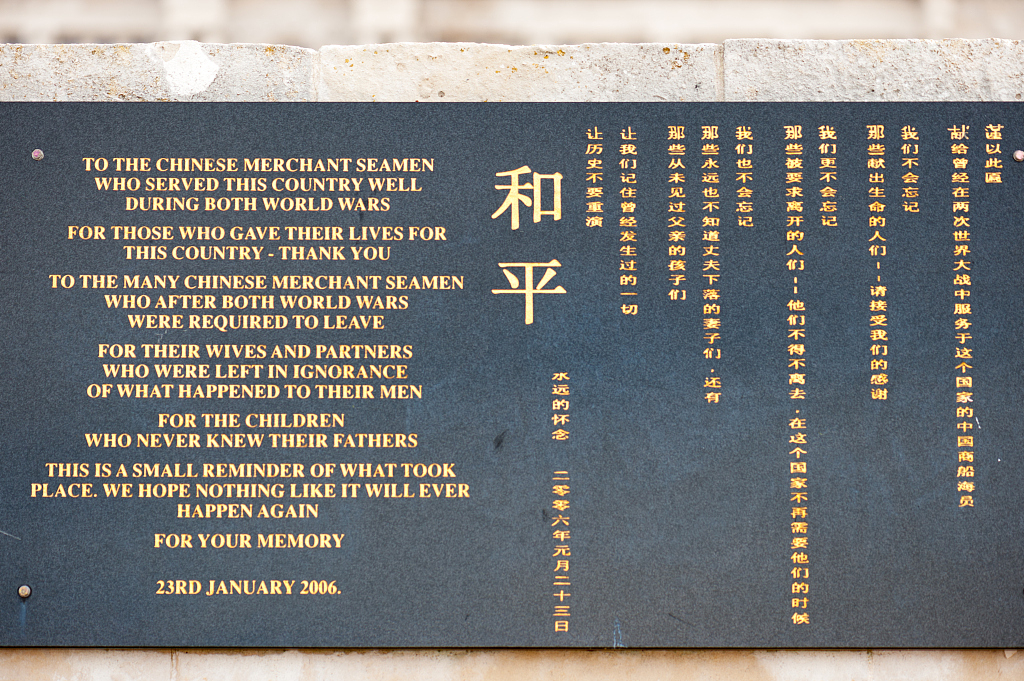 Why were the men deported?

With the war ended and the Chinese men having served their purpose, senior officials from various UK government departments, including the Foreign Office, Ministry of War Transport, and immigration inspectorate, came together to decide their fate.

The conclusion was the opening of a new secret Home Office file called "Compulsory repatriation of undesirable Chinese seamen." Kept away from the prying eyes of British parliament and public, it essentially gave a government-backed mandate to deport the men.

Declassified records concerning the forced deportations at the time show that at least 2,300 men were forcibly removed from Liverpool between 1946 and 1949.

One memo to the interior minister James Chuter Ede at the time explained that the men were now "unwelcome." 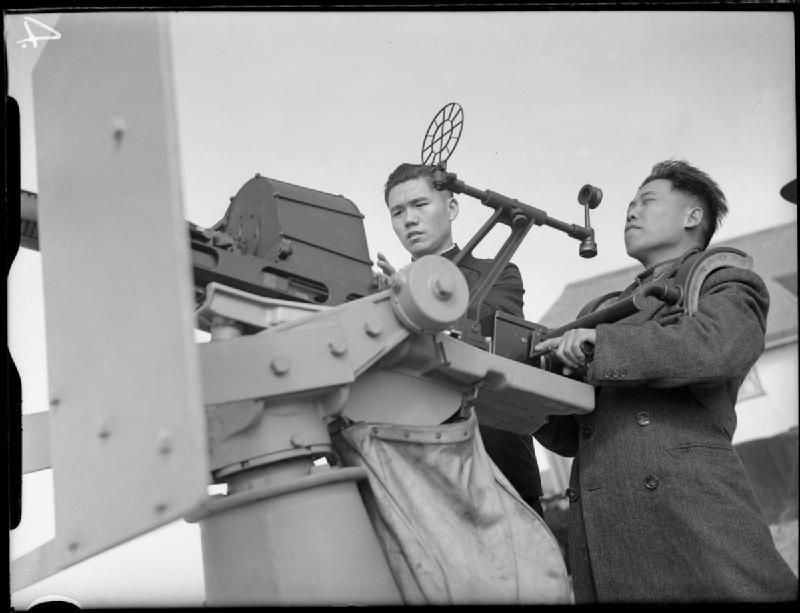 "They have caused a good deal of trouble to the police, but it has not hitherto been possible to get rid of them. Now [that repatriation to China is possible]... it is proposed to set in motion the usual steps for getting rid of foreign seamen whose presence here is unwelcome," it read.

A letter to the Home Office in March 1945 claimed the merchant seafarers were "responsible for most of the rackets in the Chinese community in Liverpool, i.e. opium, gambling, black market etc… it is important that these men be rounded up and got away to sea in order that the social evils for which they are responsible should be eradicated."

At least three ships had left the UK for Chinese ports, including Hong Kong, under colonial rule by the UK at that time, and Singapore by January 1946, with many more following.

How were the men and their families treated?

In March 1946 normal safety procedures were suspended on the deportation voyages, allowing more people to be crammed onto vessels in an effort to quicken the process of sending the Chinese workers back to their country of birth.

The Home Office report shows changes were made "allowing captains to exceed normal 'boatage' limits, and accommodate men in cargo holds 'without additional fittings' in order to speed up repatriation."

Although it was claimed that Chinese sailors were treated in the same way as any other foreign servicemen, and marriage to a British-born woman was no guarantee of being given the right to remain in the UK, the records now made public show there was an internal denigration of Chinese workers, and the women they married. 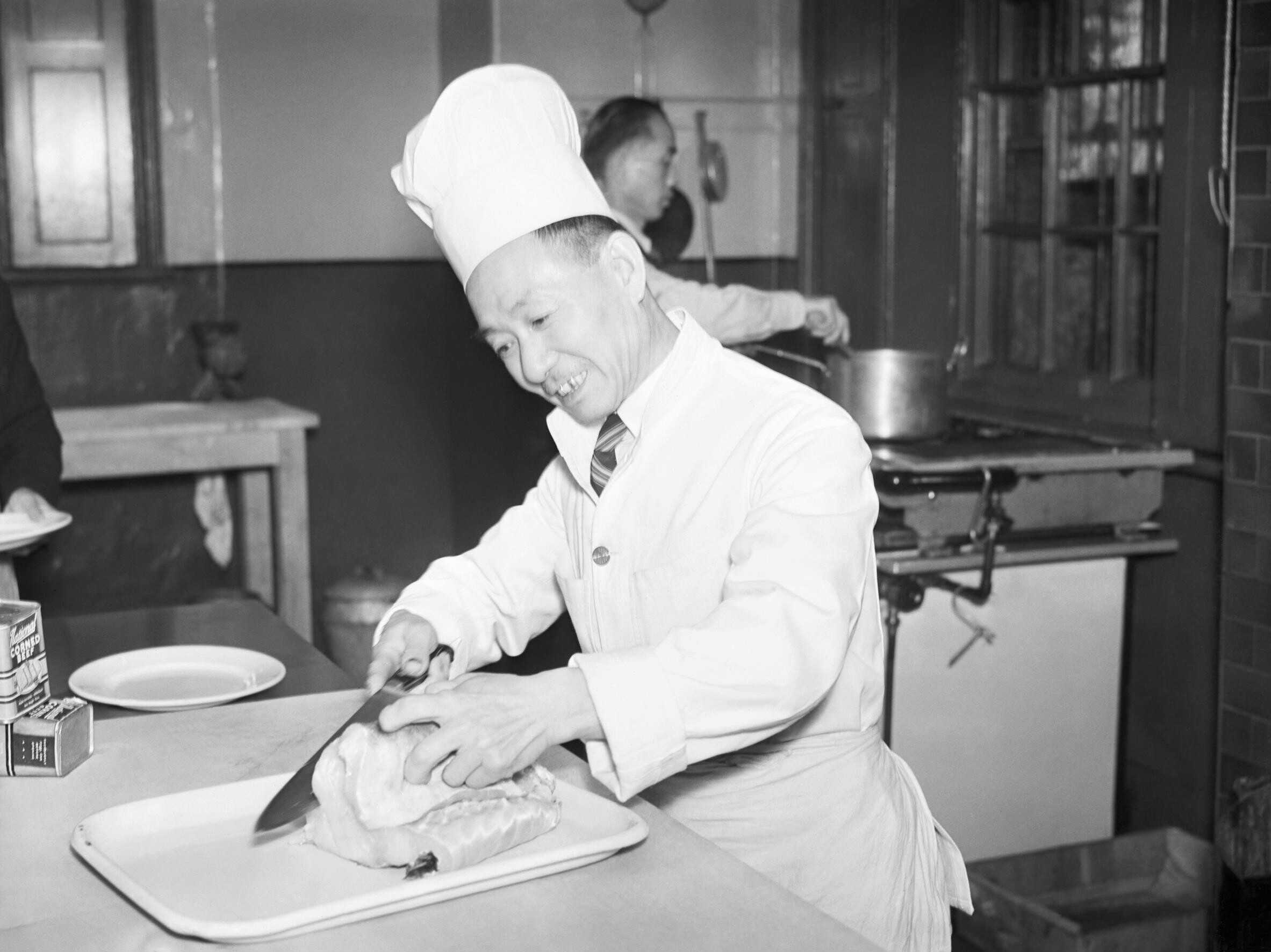 A Chinese sailor in the kitchen of the Chinese sailors' convalescent home in Liverpool, 1943. /Ministry of Information Photo Division/Wikimedia Commons

A Chinese sailor in the kitchen of the Chinese sailors' convalescent home in Liverpool, 1943. /Ministry of Information Photo Division/Wikimedia Commons

"British-born women who had entered into relationships with Chinese seamen were also routinely denigrated as often of 'the prostitute class'," the new interior ministry report says. It is unclear on what basis, if any, this judgment was made.

As then Liverpool MP Bessie Braddock told a House of Commons debate, women who legally married Chinese men felt forgotten, as the Home Office deportation rules made no allowance for child maintenance payments to be required.

"The women who are left with two or three children have no possibility of getting any sort of maintenance from the men they have married" Braddock said.

To add insult to injury, many of the men's families were not told what had happened to them until decades later. Some wives and children spent most of their lives believing that their fathers had either drowned at sea or run away, leaving the family to fend for themselves.

What has the UK government done since to make amends?

The Home Office file that called for the deportations of the Chinese men was declassified in 2002, meaning it was not until decades later that some families members actually found out what happened to their husbands and fathers. However, despite some light having been shone on the injustice in the last 20 years, the UK government has yet to make an official apology.

In fact, it took until 2006 for a memorial plaque to be erected in Liverpool recognizing the Chinese sailors' contribution to the war effort and the wrongs that had been committed against them.

This month's government report, which is not an official inquiry, follows a sustained campaign by the children of deported Chinese nationals and one of Liverpool's current MPs, Kim Johnson, to bring the crimes against Liverpool's Chinese community out of the shadows and into the public consciousness. 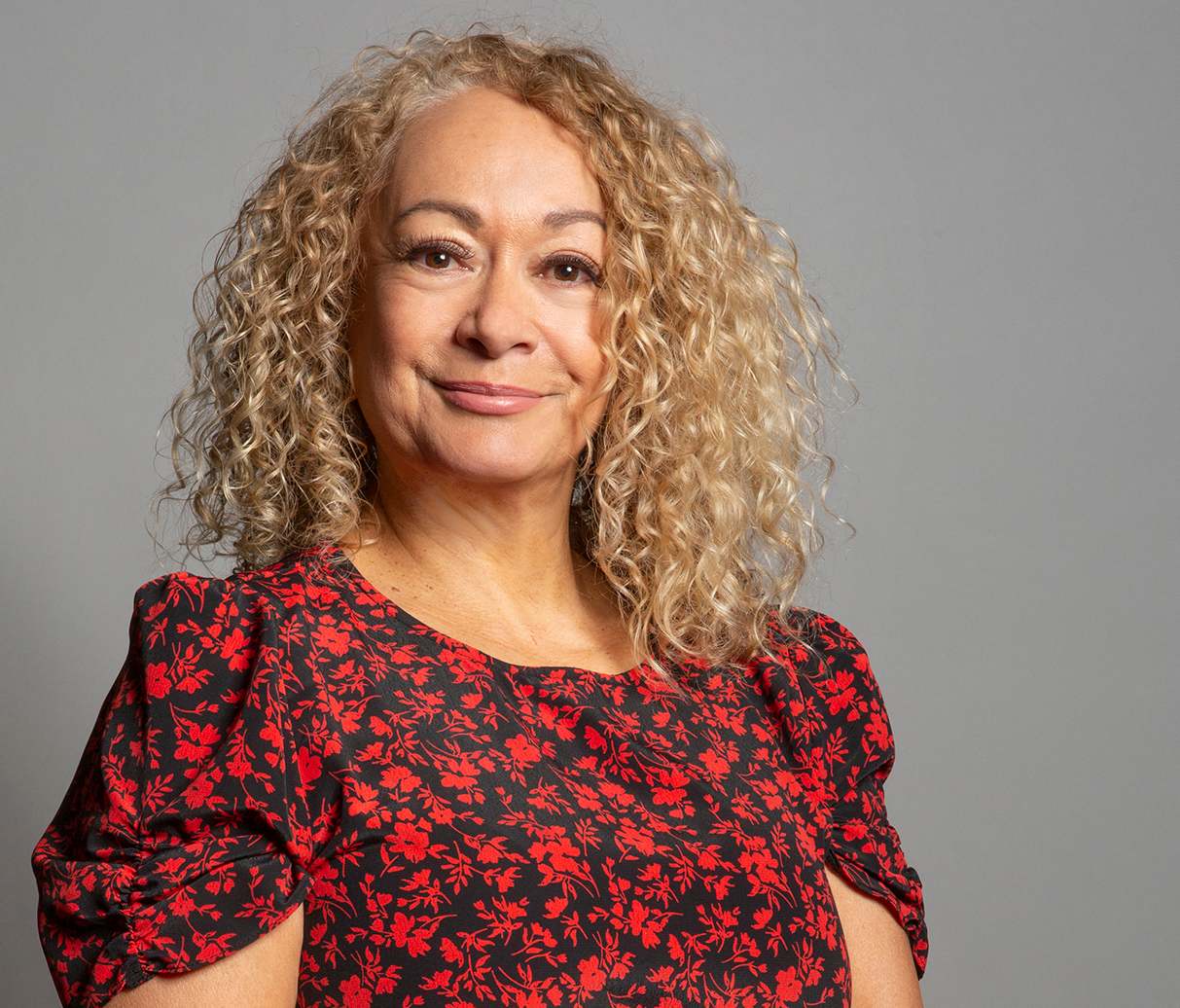 Kim Johnson MP represents part of Liverpool, the city from which many merchant sailors were deported in 1946. /UK Parliament

Kim Johnson MP represents part of Liverpool, the city from which many merchant sailors were deported in 1946. /UK Parliament

"This report paints a damning picture of the British treatment of Chinese seafarers in Liverpool, with families brutally ripped apart despite their service to our country during the war," Johnson told CGTN.

"It leaves no doubt that the Chinese community received racist and coercive treatment at the hands of the state, where white foreign nationals were treated with far more compassion and respect. These events are a stain on our history and unfortunately there are still many parallels with the way minorities and migrant workers are treated in our country today."

The UK government minister responsible for migration, Kevin Foster, who was pressured by Johnson to launch the internal report, said he "very much regrets" the treatment of Chinese sailors, but stopped short of an official apology to the families affected.

The opposition Labour Party, which was in government at the time of the deportations, also expressed regret in a statement shared with CGTN, but also did not apologize.