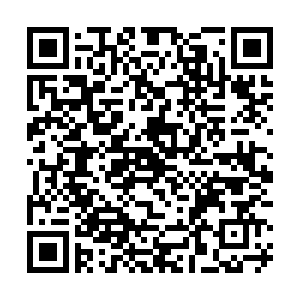 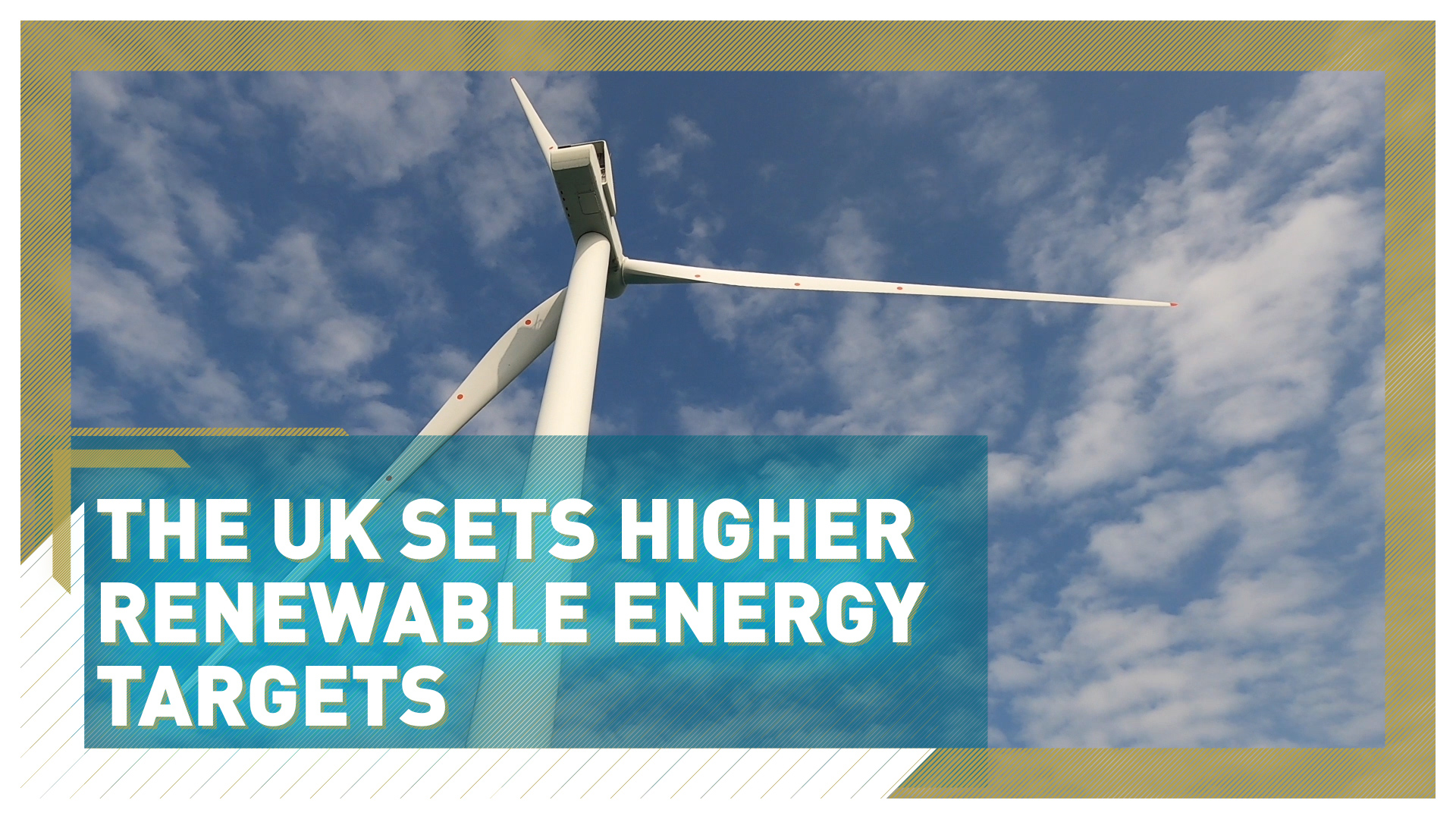 A short distance off the south coast of England, rows of white turbines planted in the seabed slowly rotate, harnessing a natural source of energy – wind.

The UK is one of the world's largest producers of wind power. It benefits from a windswept coastline, with around 10 percent of that power generated offshore.

The UK also hosts the biggest wind farm in the world, Hornsea One, located in the English North Sea. Nearby, a new project, Hornsea Two, is under construction and set to outgrow it once completed, with the potential to generate 1.3 Giga watts of power.

Onshore wind power is booming too. Whitelee Wind Farm, near Glasgow in Scotland, can provide electricity for almost 90 percent of Scottish homes. But while the potential for renewable energy is already significant, the government has set new, higher targets since the start of the Ukraine war.

"The prime minister made it very clear that the energy security strategy, as he's calling it, is very much a response to the war in Ukraine," said Norris. 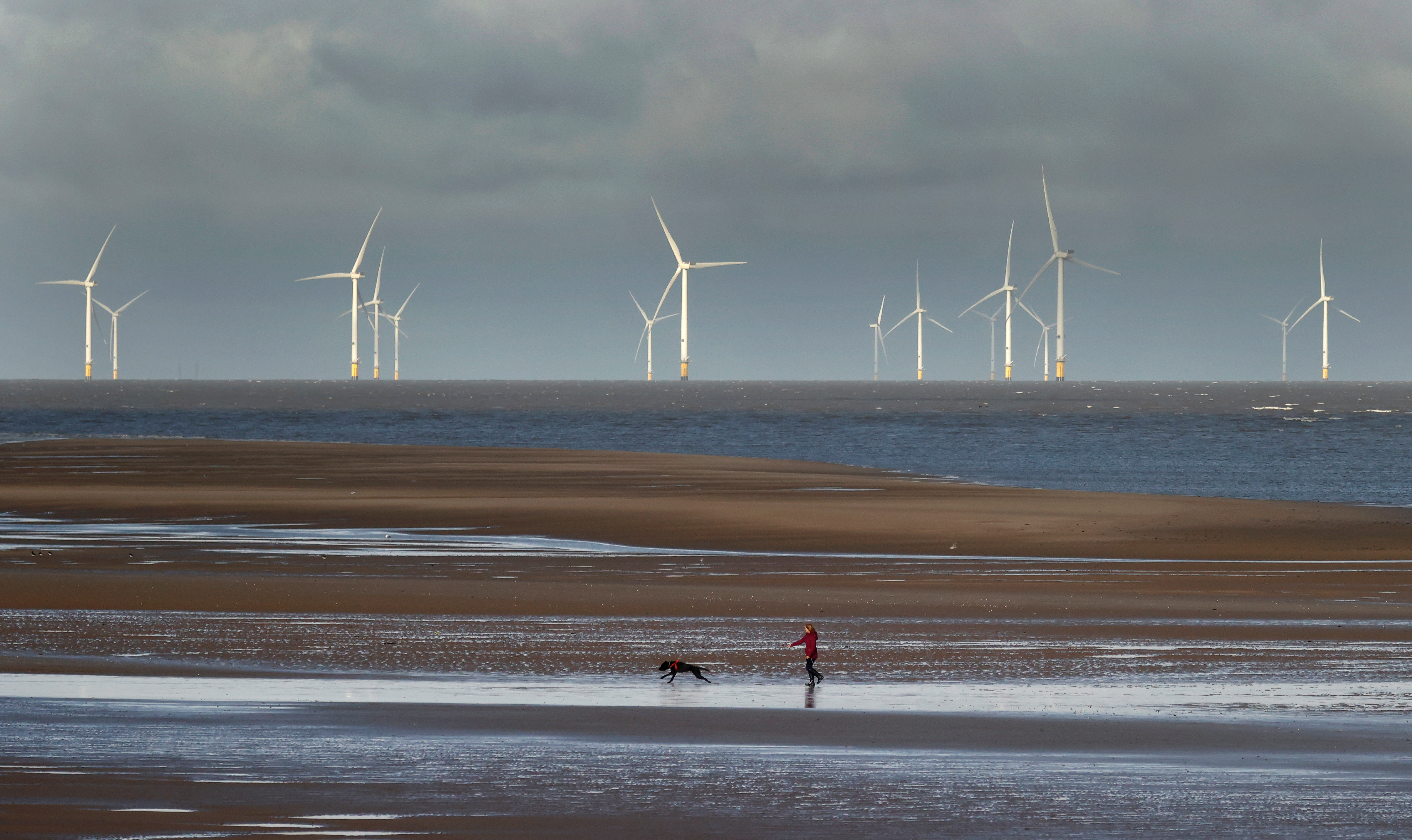 A woman walks her dog in front of the Burbo Bank offshore wind farm near New Brighton, Britain. /Phil Noble/Reuters

A woman walks her dog in front of the Burbo Bank offshore wind farm near New Brighton, Britain. /Phil Noble/Reuters

"And the international rise in prices that is associated with that, and also the impact of coming out of the pandemic. And so, he's said that we need to be independent, we need to try to wean ourselves off imports of fossil fuels, particularly from unstable regimes abroad, where we can't guarantee that they'll carry on supplying us.”

With energy costs soaring, increased production of more cost-effective wind power is good news for consumers, with the future potential to export excess UK energy to European countries, which are already struggling with dependence on Russian energy supplies.

RWE, which operates the Rampion Wind Farm, says it already had existing plans in place to extend to a second, larger project in the same area off the Sussex coast, generating even more power.

But the pressure is on energy companies now to develop technology and expand the capacity of wind farms to meet the new government targets, not just to be more self-sufficient in energy production, but also to create cleaner energy sources to help combat climate change.