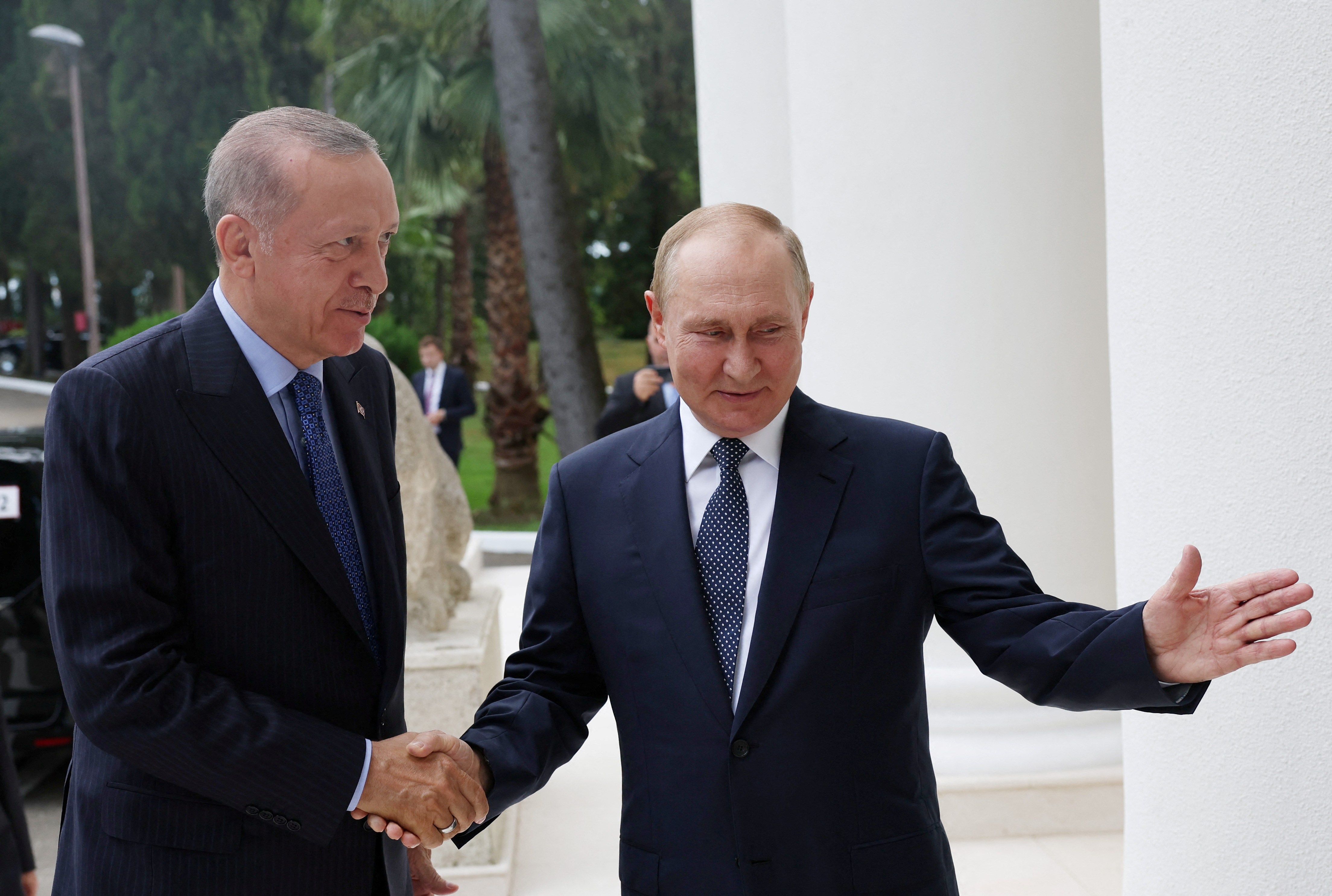 A possible new military offensive by Turkish forces in Syria, along with the ongoing conflict in Ukraine, have dominated talks between President Erdogan and his Russian counterpart.

Meeting at the Black Sea resort of Sochi, President Putin paid tribute to Türkiye for not imposing sanctions on Moscow in the wake of the attack on Ukraine, saying Ankara's position has helped ensure the supply of Russian gas to Europe.

The Turkish leader is seeking a deal with Russia that would allow its forces to launch a new operation into Kurdish-controlled parts of northern Syria. However speaking ahead of the event the Kremlin's top spokesman appealed to Ankara not to "destabilize" the situation in the wartorn country any further.

Dimitry Peskov said that while Moscow acknowledges Türkiye's "legitimate security concerns" he added. "It is very important to avoid actions that can... jeopardize Syria's territorial and political integrity."

In June, President Erdogan announced plans for a new military offensive along Syria's northern border, targeting the towns of Manbij and Tal Rifat, with the aim of creating a so called "buffer zone" 30 kilometers deep along its southern flank.

The region, home to a mix of ethnic and religious groups, is currently controlled by Syrian Democratic Forces and the Kurdish YPG Peoples Protection Units that Ankara considers an offshoot of the outlawed Kurdistan Workers Party (PKK), which has fought a war against the Turkish state for 40 years.

With Türkiye facing national parliamentary and presidential elections which must be held within ten months, the ruling AK party is under pressure from its junior partner in government, the nationalist MHP, to act on the estimated 3.7 million Syrian refugees living in Türkiye.

If it goes ahead the offensive will be Türkiye's first in Syria in almost three years and will involve sending its jets into into Russian-controlled airspace over the country.

Erdogan has vowed to "clear Tal Rifaat and Manbij of terrorists… and do the same to other regions step by step."

Türkiye's military objectives in Syria are also opposed by Iran, which describes the plans as "detrimental." Its foreign minister said the "misunderstanding between Türkiye and Syria (must be solved) through dialogue."

Russia and Türkiye, which have found themselves on opposing sides over the war in Syria, as well as the conflicts in Ukraine and Libya, have prioritised trade and energy ties at the Sochi talks.

These include the completion of the Akkuyu nuclear power plant in Mersin – Türkiye's first atomic station – by Russia's Rosatom, which is currently at the center of a legal dispute.

Erdogan said "I believe a new page will be opened for the Türkiye-Russia relations as we now finalise these discussions."