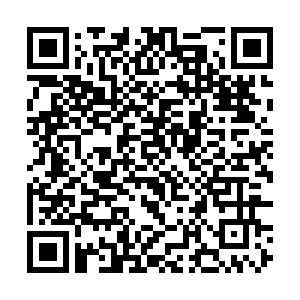 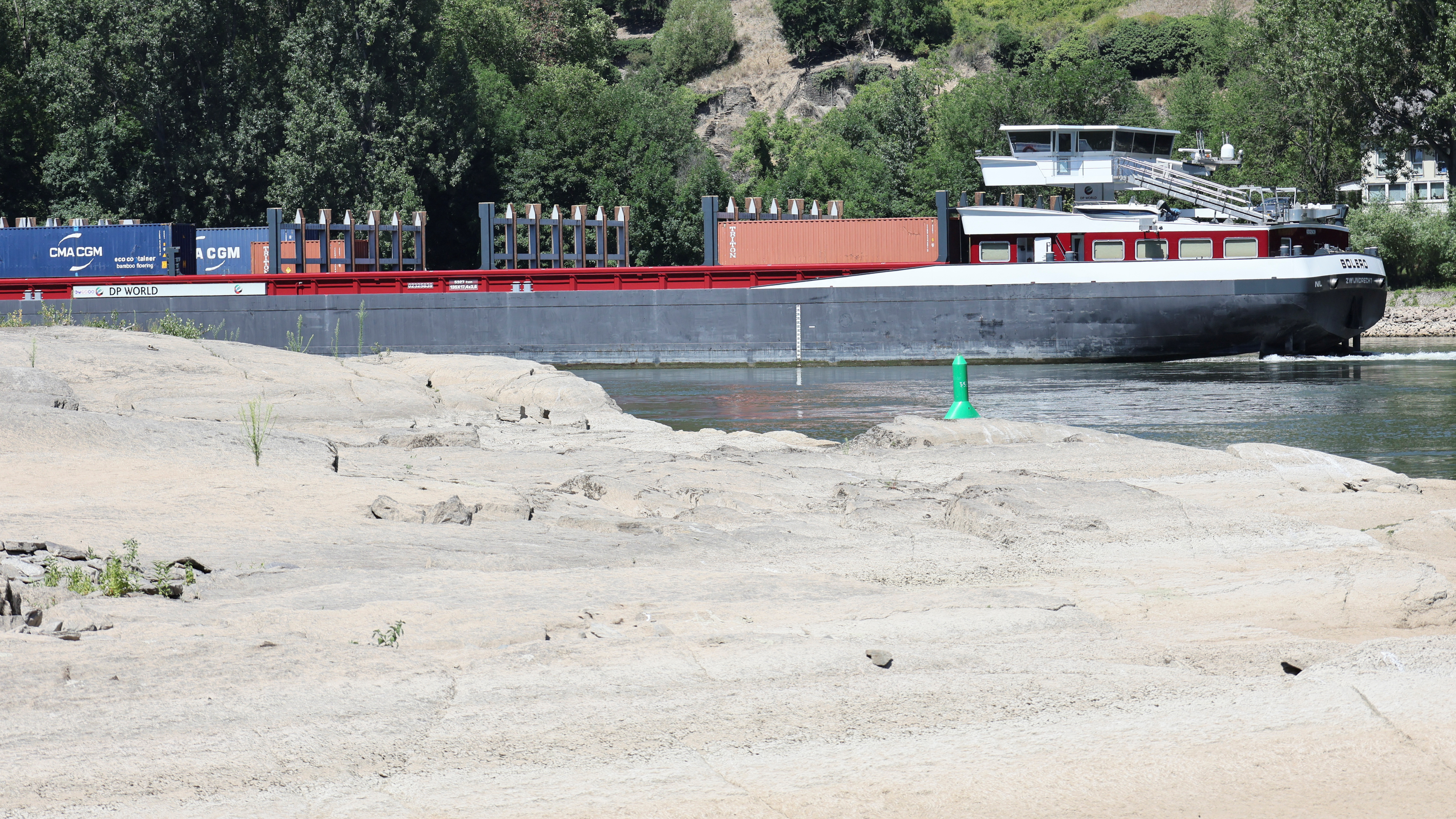 Record summer temperatures are drying up European waterways, with one of the continent's busiest inland shipping routes reducing capacity due to a lack of depth for fully loaded ships.

Rivers are used for transport in Western Europe, with the Rhine connecting key seaports like Amsterdam, Rotterdam and Antwerp to the industrial heartland of western Germany.

But falling water levels are making it hard for fully-loaded barges to use the river, raising concern for industry and the energy industry.

Two of Germany's largest coal power plants have warned that output may have to be reduced if they can't get enough supplies delivered along the river. The Staudinger 5 plant, which sits east of Frankfurt, and Datteln Plant in North Rhine Westphalia, account for almost 5 percent of the country's coal power generation between them.

A spokesperson for Uniper, which operates Staudinger 5, said they were monitoring the situation closely.

"There are currently still coal reserves at the plant, so we do not see any restrictions in the short term. However, shipping has already been reduced. We will have to evaluate the situation from day to day," they said. 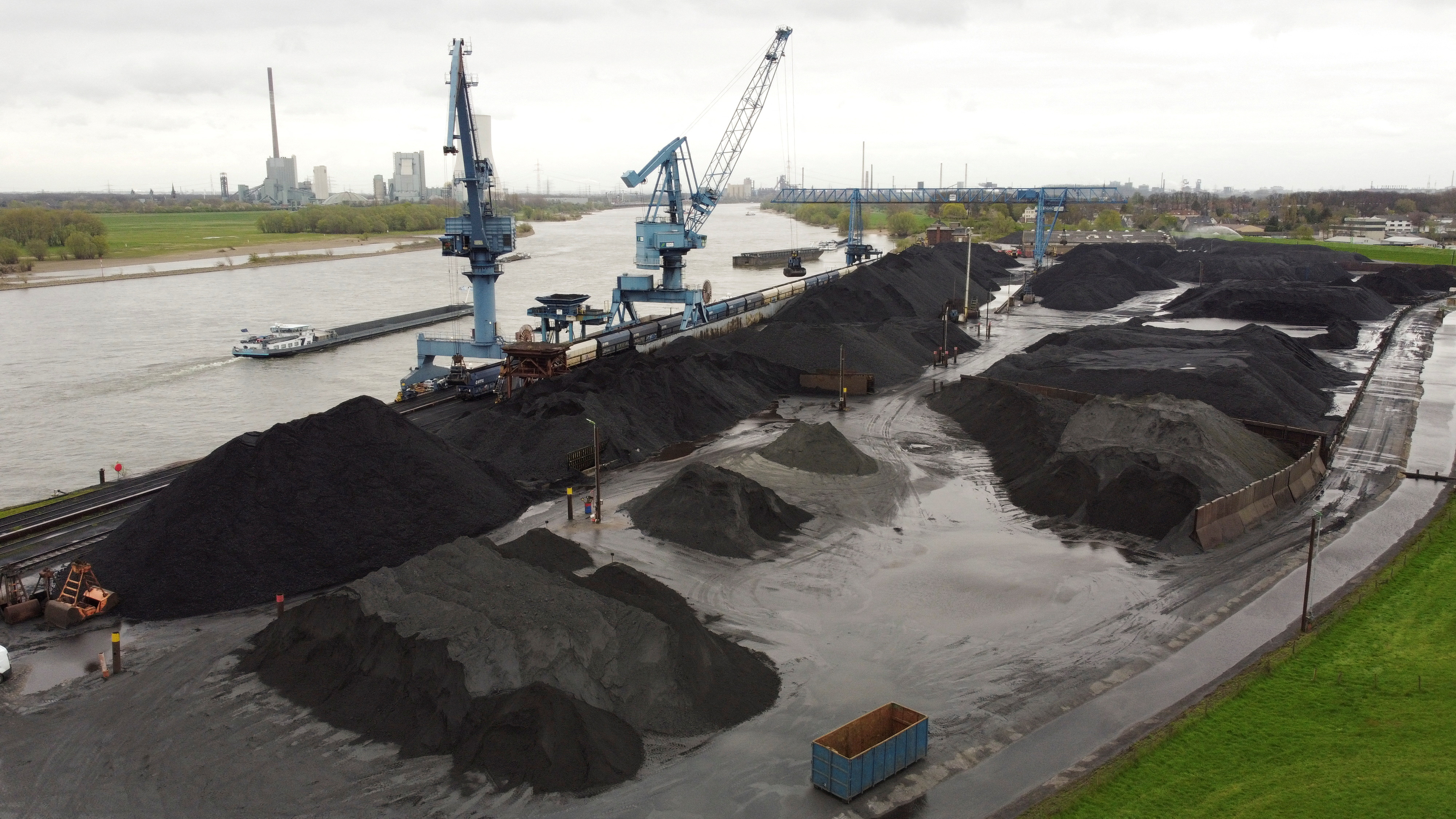 Coal at a dry bulk terminal of the Rheinberg-Orsoy harbor on the Rhine in Rheinberg near Duisburg, Germany. Reuters/Stephane Nitschke/File Photo

Coal at a dry bulk terminal of the Rheinberg-Orsoy harbor on the Rhine in Rheinberg near Duisburg, Germany. Reuters/Stephane Nitschke/File Photo

The Rhine is one of the main routes for coal to get into the country, with barges traveling along the almost 1300-kilometer stretch of water which stretches from Switzerland to the North Sea.

Barges using the river are now having to sail only partially loaded, and low levels are also pushing up transport costs overall.

Demand for the largest barges, in the class of 135 meters, has surged as German users seek to import more coal, said Maira van Helvoirt of Netherlands Royal Inland Shipping.

Rail and truck traffic out of Rotterdam is also congested.

"Those are usually the levers that you have to pull, but at the moment, they are not working," Van Helvoirt said.

France also relies on the Rhine to cool several of its nuclear power plants. Recent warm weather has pushed up water temperatures, meaning several plants have also had to reduce output.

"It hasn't rained much since April, so during that spring period, the flows of the Rhine were sustained and fed by the snowmelt in the Alps. This is now coming to an end, so when it doesn't rain, the flows automatically decrease," said Vincent Steimer, Director of the French waterways territorial units.