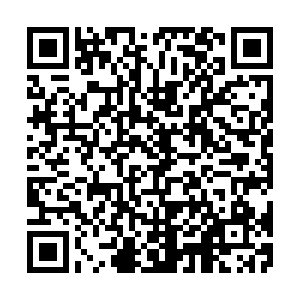 Amnesty International has accused Ukraine of endangering civilians by sending troops to residential areas amid Russia's military assault, in a report that Kyiv has likened to Russian propaganda.

Accusing the group of aiding Russia's assault on Ukraine by "trying to shift the responsibility from the aggressor to the victim," Ukraine's president Volodymyr Zelenskyy said Amnesty's allegations essentially gave "amnesty" to Moscow's military actions: "This cannot be tolerated."

In the report, released on Thursday, Amnesty workers say they witnessed Ukrainian forces "establishing bases and operating weapons systems" in populated residential areas during visits to frontline areas in Ukraine's east and south from April to July.

"We have documented a pattern of Ukrainian forces putting civilians at risk and violating the laws of war when they operate in populated areas," the report quoted Agnes Callamard, Amnesty International's secretary general, as saying.

She called on the Ukrainian government to ensure that its forces were located away from populated areas or for all civilians to be evacuated from those areas first. 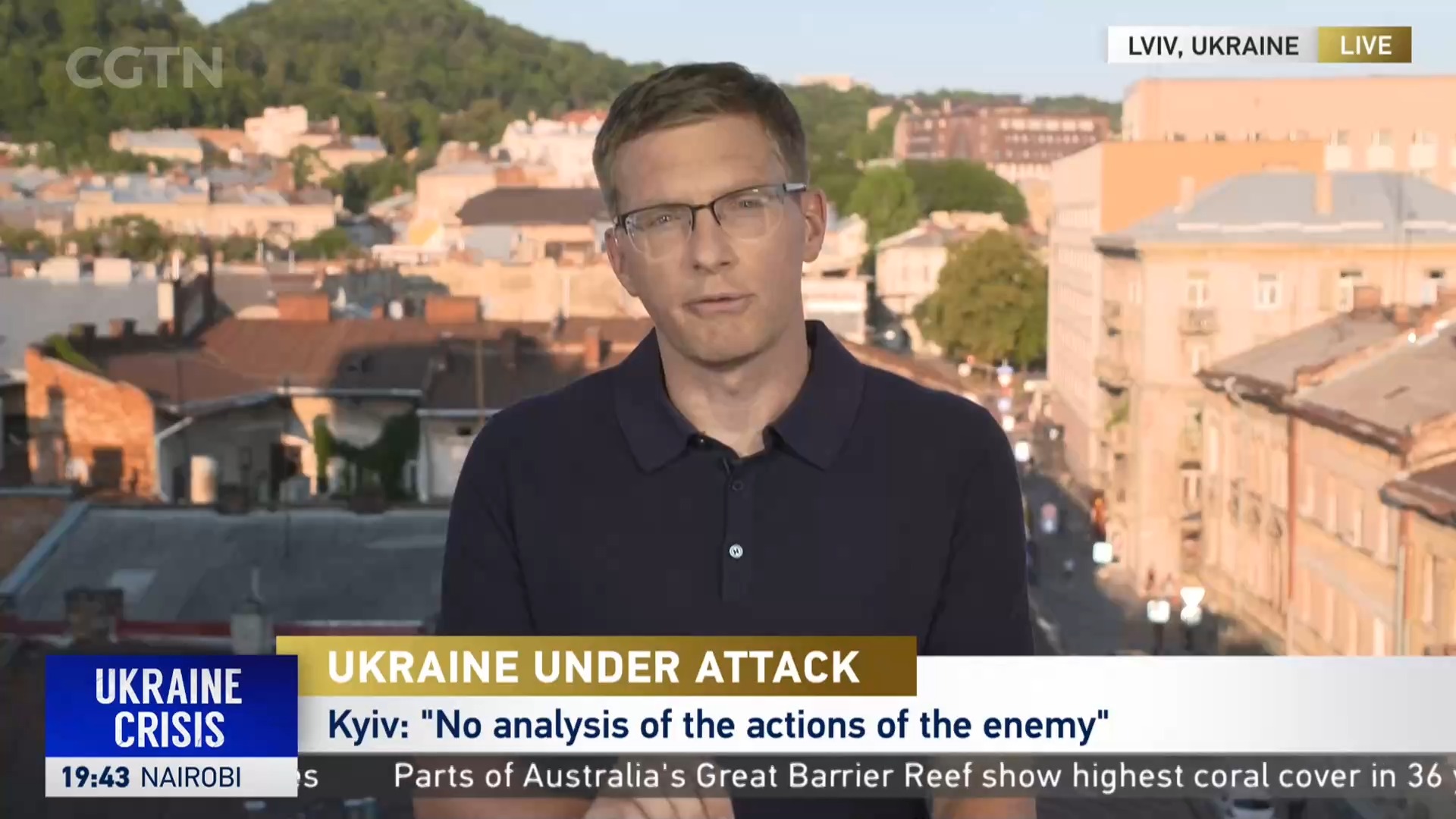 During the research, the investigators found evidence of Ukrainian forces launching strikes from within populated residential areas as well as basing themselves in civilian buildings in 19 towns and villages in the regions.

They also witnessed Ukrainian troops using hospitals as de facto military bases in five locations, adding that most residential areas where soldiers located themselves were kilometers away from front lines, despite safer viable alternatives being available.

In the Donetsk city of Bakhmut, for example, several residents told Amnesty that the Ukrainian military had been using a building barely 20 meters across the street from a residential high-rise building. 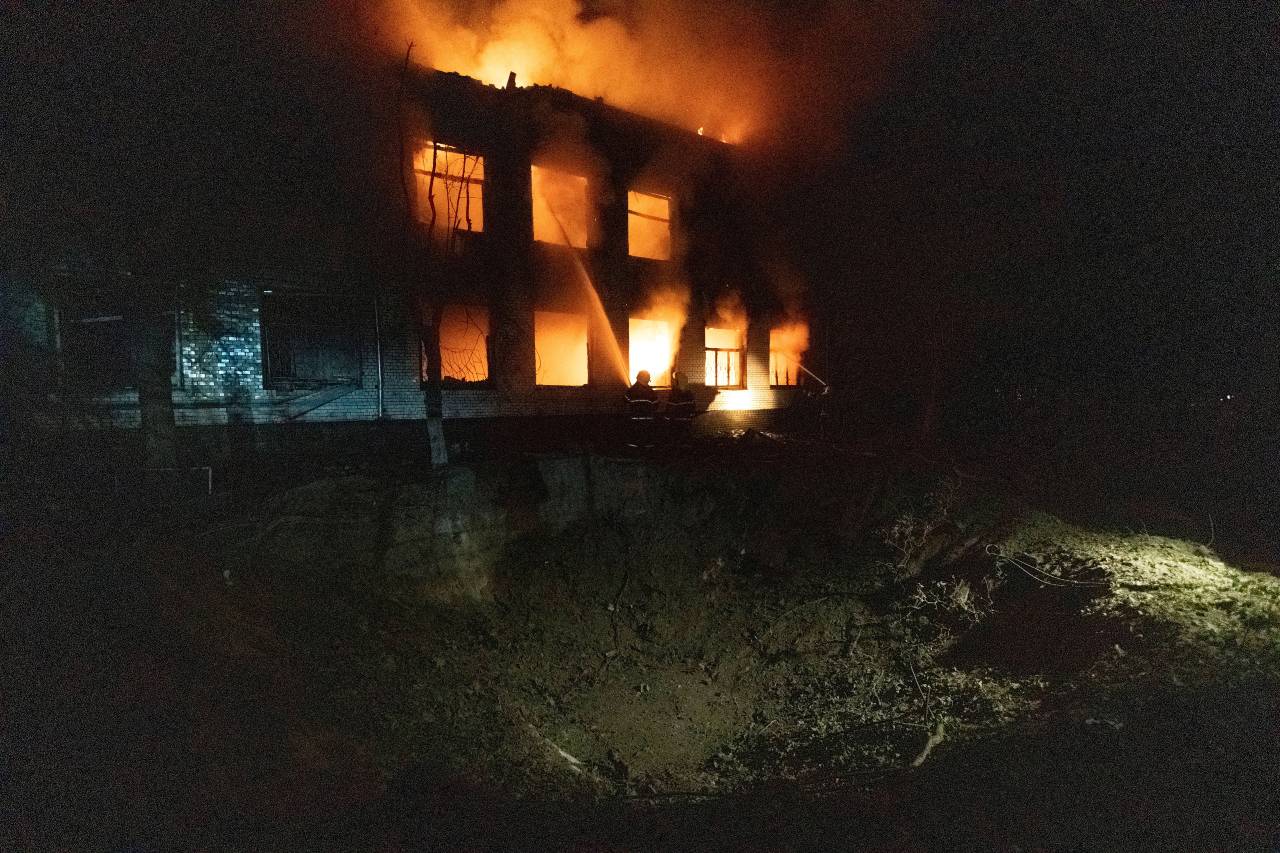 Firefighters extinguish a burning hospital building hit by a Russian missile strike in Mykolaiv, one of the areas cited in the report. /Stanislav Kozliuk/Reuters

Firefighters extinguish a burning hospital building hit by a Russian missile strike in Mykolaiv, one of the areas cited in the report. /Stanislav Kozliuk/Reuters

Journalists from the U.S. news agency Associated Press were also able to confirm scenes that mirror the findings from Amnesty, according to one of the company's journalists, Philip Crowther.

Zelenskyy, in his nightly video message, said the human rights organization's report was trying to "amnesty the terrorist state" – a term he often uses to describe Russia.

"There are no conditions, and nor can there be, even hypothetically, under which any Russian attack on Ukraine becomes justified," said Zelenskyy.

"Anyone who amnesties Russia and who artificially creates such an information context where some attacks by terrorists are supposedly justified or supposedly understandable, cannot fail to understand that, in doing so, they are helping the terrorists. And if there are such manipulative reports, then you share with them the responsibility for the killings of people." 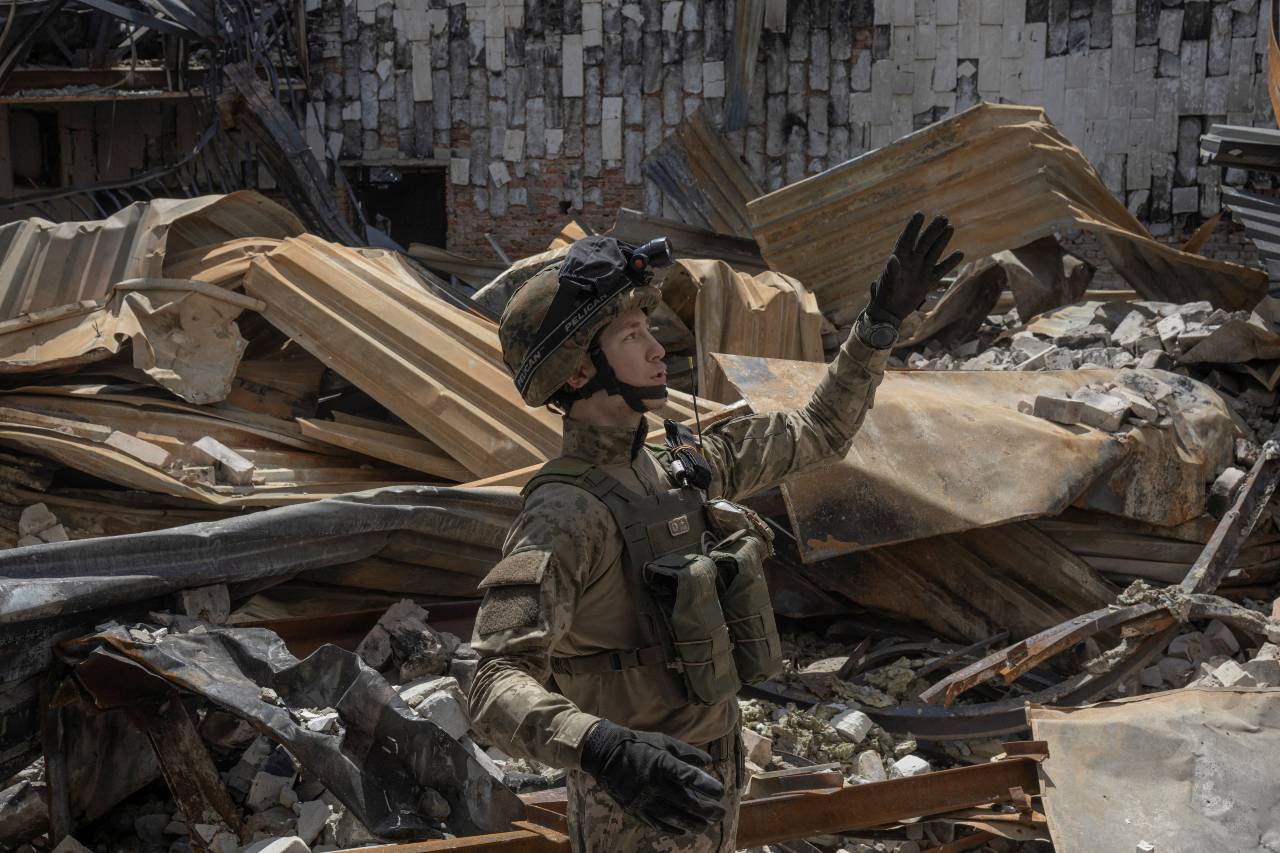 A Ukrainian soldier stands by a destroyed building in Kharkiv region, one of the areas that Amnesty discusses in its report. /Marko Djurica/Reuters

A Ukrainian soldier stands by a destroyed building in Kharkiv region, one of the areas that Amnesty discusses in its report. /Marko Djurica/Reuters

Ukrainian Deputy Defense Minister Hanna Malyar said the alleged failure to condemn Russia's actions in the report "is like studying the actions of the victim without considering the actions of an armed rapist".

The report explicitly says that the alleged violations "in no way justify Russia's indiscriminate attacks, which have killed and injured countless civilians."

Foreign Minister Dmytro Kuleba said he was "outraged" by the document, and urged Amnesty to "stop creating a false reality."

Kyiv says it is taking every possible measure to evacuate civilians from frontline areas, while Russia continues to deny targeting civilians in what it describes as a "special military operation."