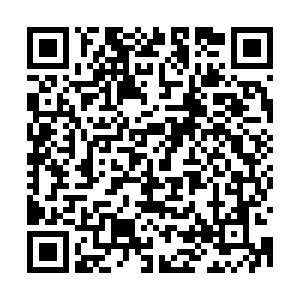 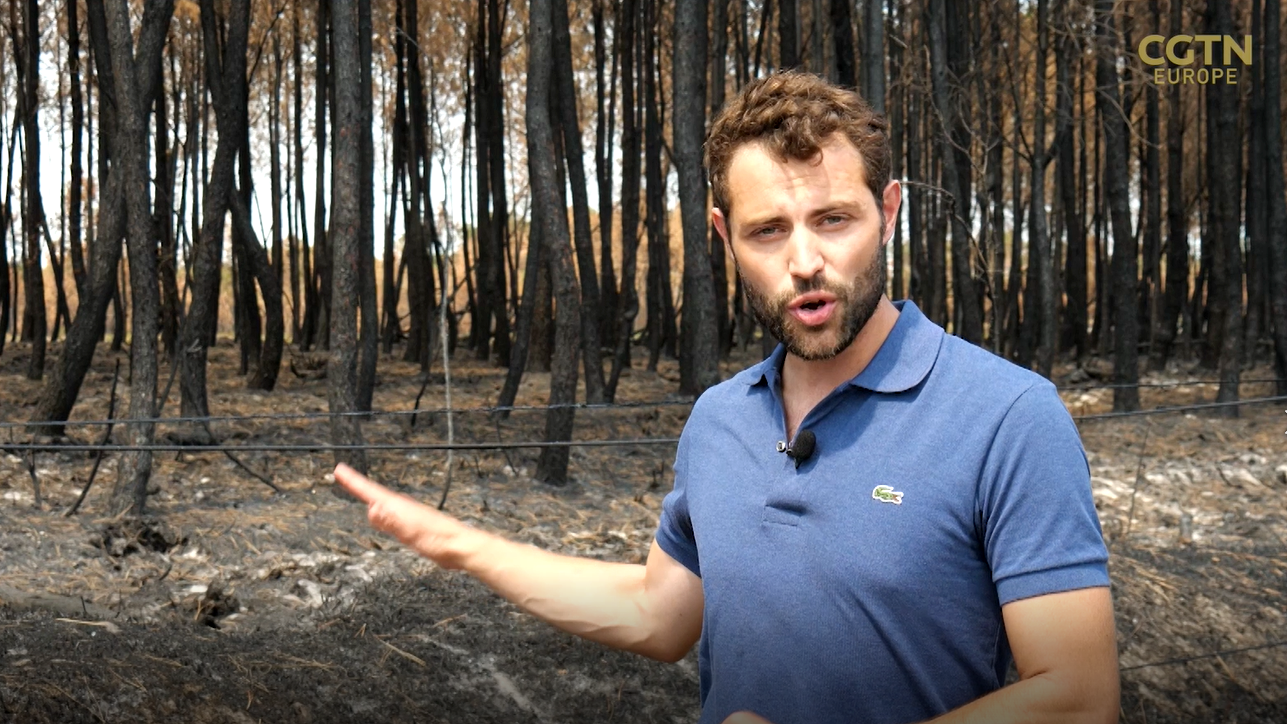 The French prime minister says the country is facing a "historic situation" as the drought crisis intensifies.

Elisabeth Borne said France is facing "the most serious [drought] ever recorded."

She has convened a crisis group of ministers for talks.

As of Friday, 11 regions in France are on the second-highest alert level for heatwave, as the third major heat period hits the country, with temperatures again touching 40 degrees Celsius.

Meanwhile, fire fighters are continuing to battle blazes in the southwest of the country, after major wildfires last month forced more than 38,000 people to be moved to safety. 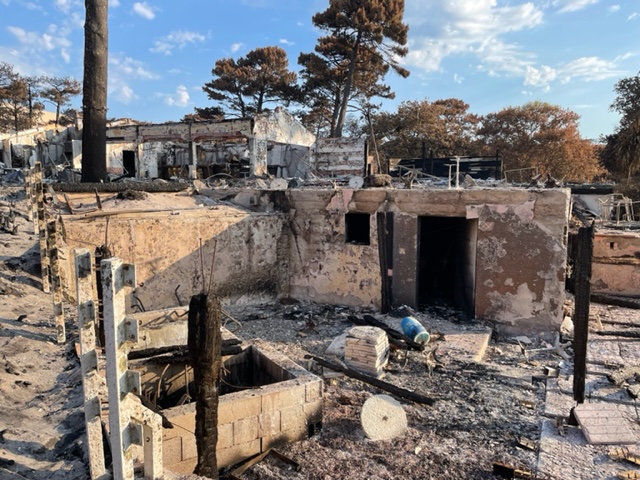 The devastating aftermath of the fires which swept through the southwest of France. /Ross Cullen/CGTN

The devastating aftermath of the fires which swept through the southwest of France. /Ross Cullen/CGTN

CGTN Europe visited the areas worst-hit by the fires, escorted by the fire service down closed roads deep into the blackened forest.

The smell of smoke hung in the air as we drove past the silent, scorched forest.

Five holiday parks in the Dune du Pilat region were completely ruined by the the wildfires in July. The shells of caravans and burnt-out cars stood coated in soot in what remained of the parking lots. Buildings burnt and collapsed and metal was wrought in the intensity of the blaze.

The emergency services said the violent fire was difficult to access and control.

"When the fire started we were in a heatwave period, with very dry vegetation which was especially combustible,” said Fabrice Aulas, from the Gironde fire brigade.

"We were also faced with difficult and violent winds, which didn't always blow the same way, but which changed direction regularly and also changed in strength.”

Nearby campsites were evacuated as a precaution. Fortunately, the flames stopped just short of the Lac de Cazaux holiday park.

"Fires cause a major drop in activity for all businesses,” said Jean-Marc Bregulla, the manager of the campsite. "Some restaurants by the lake completely burnt down.

"It's high season, in the middle of summer, and sports clubs and kids' clubs had to close. Lots of people canceled their reservations so it's a serious fall in income.” 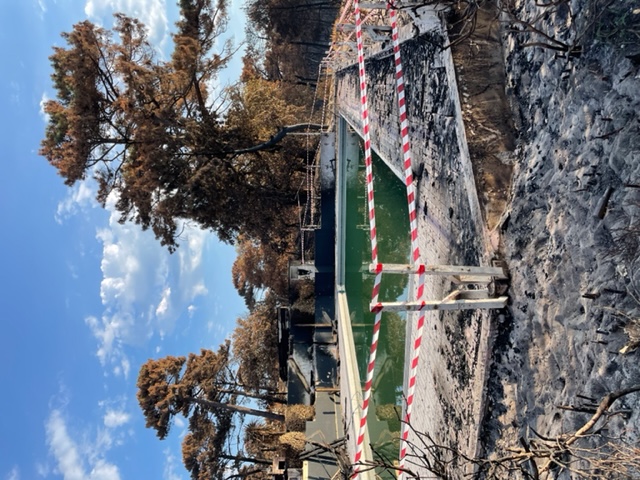 A swimming pool provides a stark contrast to the burnt landscape surrounding it. /Ross Cullen/CGTN

A swimming pool provides a stark contrast to the burnt landscape surrounding it. /Ross Cullen/CGTN

The Dune du Pilat fire was not the only blaze in the region. At the same time, an hour's drive away, another fire was sweeping through the forest in Landiras.

After burning thousands of hectares of land, the Landiras fire is now under control but it is not considered completely over because there are still hotspots on the ground where fires can restart.

"The fire fighters did a remarkable job because they saved almost all the houses in the fire zone,” said Jean-Marc Pelletant, the mayor of Landiras. "There were 1,600 houses in the path of the fire and only two burnt down."

The president of the region of Gironde, where both these fires took place, says there needs to be an improved plan to fight future fires.

"Look, even President Macron accepts that in France there are not enough fire-fighting aircraft,” said Jean-Luc Gleyze. "The major blazes are happening further north each year. So we must have more planes, more helicopters, and there must be a number of them stationed here in this region throughout the summer.”

The blackened trees and the carpet of ash are a lasting reminder of when the forest was ablaze. And there are fears the climate emergency will only increase the intensity and frequency of the fires in the future.