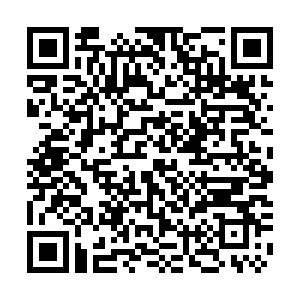 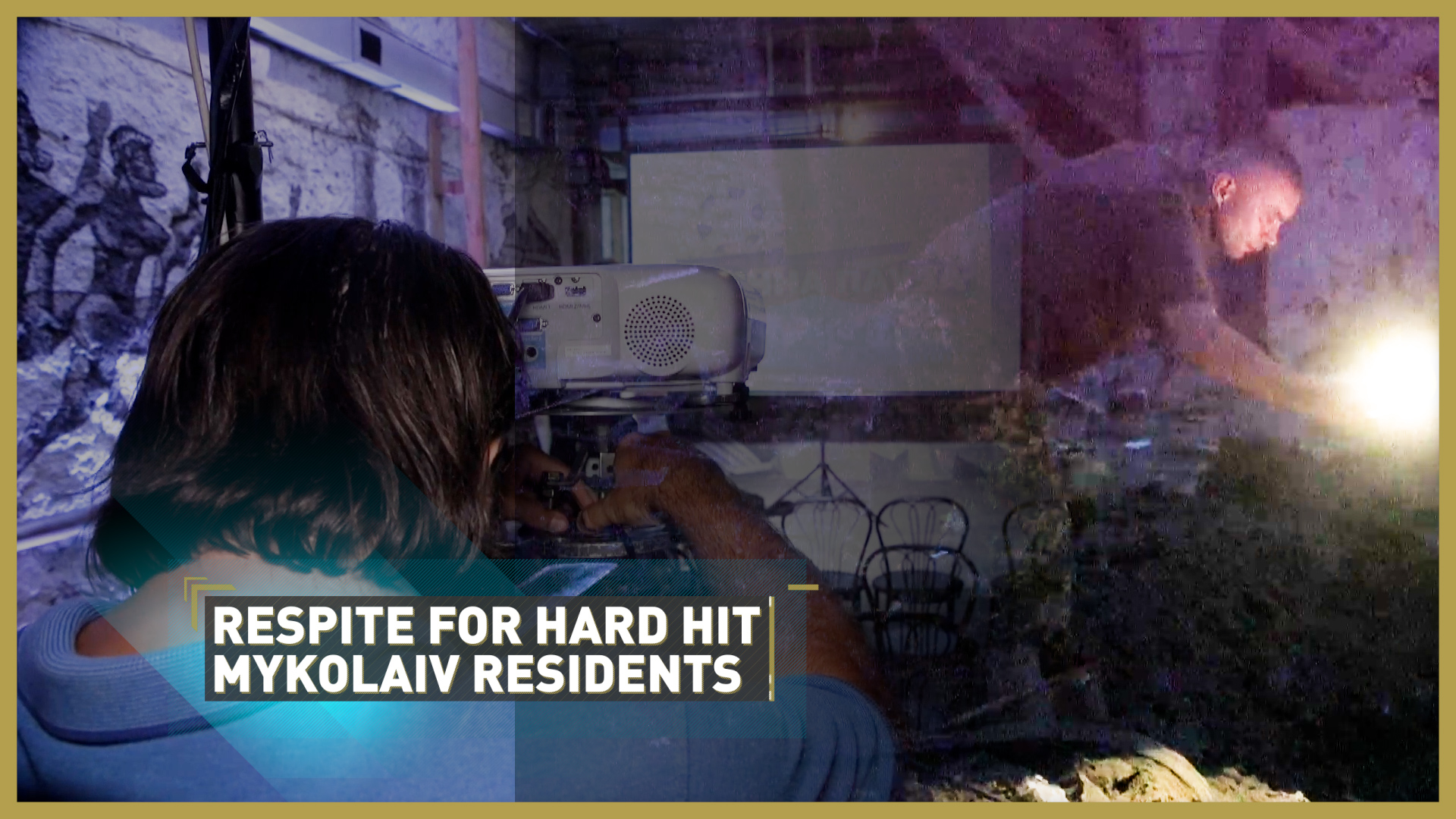 Mykolaiv's Drama Theater is located in the historic city center district on a tree-lined street.

Built in 1881 as "The Russian Drama Theater," today the national monument's Corinthian columns are shored up by piles of sand bags, and surrounded by razor wire and military guards.

The theater doors shut to the public when the Russia-Ukraine conflict started in February, but in July a group of film enthusiasts, humanitarian workers, and producers revived a section of the theater beneath the main stage, to show films and offer some respite from life in a conflict zone.

"We want to show modern Ukraine movies to local people," Mykolaiv Humanitarian Coordinator Dmytro Davydenko told CGTN. "Nothing else is available. Everything is closed. Entertainment centers, movies, theaters - even shops for clothing," he said.

'Tactical Pause' is a common military term for stopping an assault to reassess the situation.

"This is the first movie I've seen in half a year," said a young man who preferred not to be identified out of concern for family members still living inside now Russian-controlled Kherson. "I left Kherson a few months ago and now I'm here. It's been tough. This is a break."

Mykolaiv is one of the hardest-hit Ukrainian cities, struck daily by multiple Russian missile and bombs. Bombardments have risen as a Ukraine's counter offensive to retake the nearby Kherson region began. Half of Mykolaiv's 500,000 residents have fled the city.

When Malyshenko and Davydenko organized the film festival, they knew other theaters acting as humanitarian shelters had been targeted. In March hundreds of civilians hiding in Mariupol's theater were killed by a missile strike.

"We thought about it," Davydenko said. "We took precautions."

Precautionary measures included mandatory preregistration, vetting attendees, keeping the screening location secret until hours before showings, and screening films during daylight hours before the start of nightly curfews - and the deadly strikes that come with nightfall.

The cellar screening room doubled as a bomb shelter. It's capacity is only thirty, whether providing entertainment or shelter.

Some screenings were fully booked - others were sparsely attended. But that doesn't matter to the organizers.

"If even one person comes then for me, this is a success," Malyshenko told CGTN.

Malyshenko procured rights from filmmakers to show seven films and aims to show them in several other frontline cities, including giving respite to Ukrainian soldiers and volunteers.