Download
Take it back: Scholz calls on Russia to accept turbine needed for Europe's gas supplies
Trent Murray in Berlin 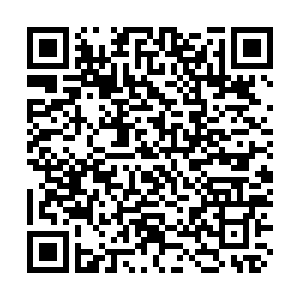 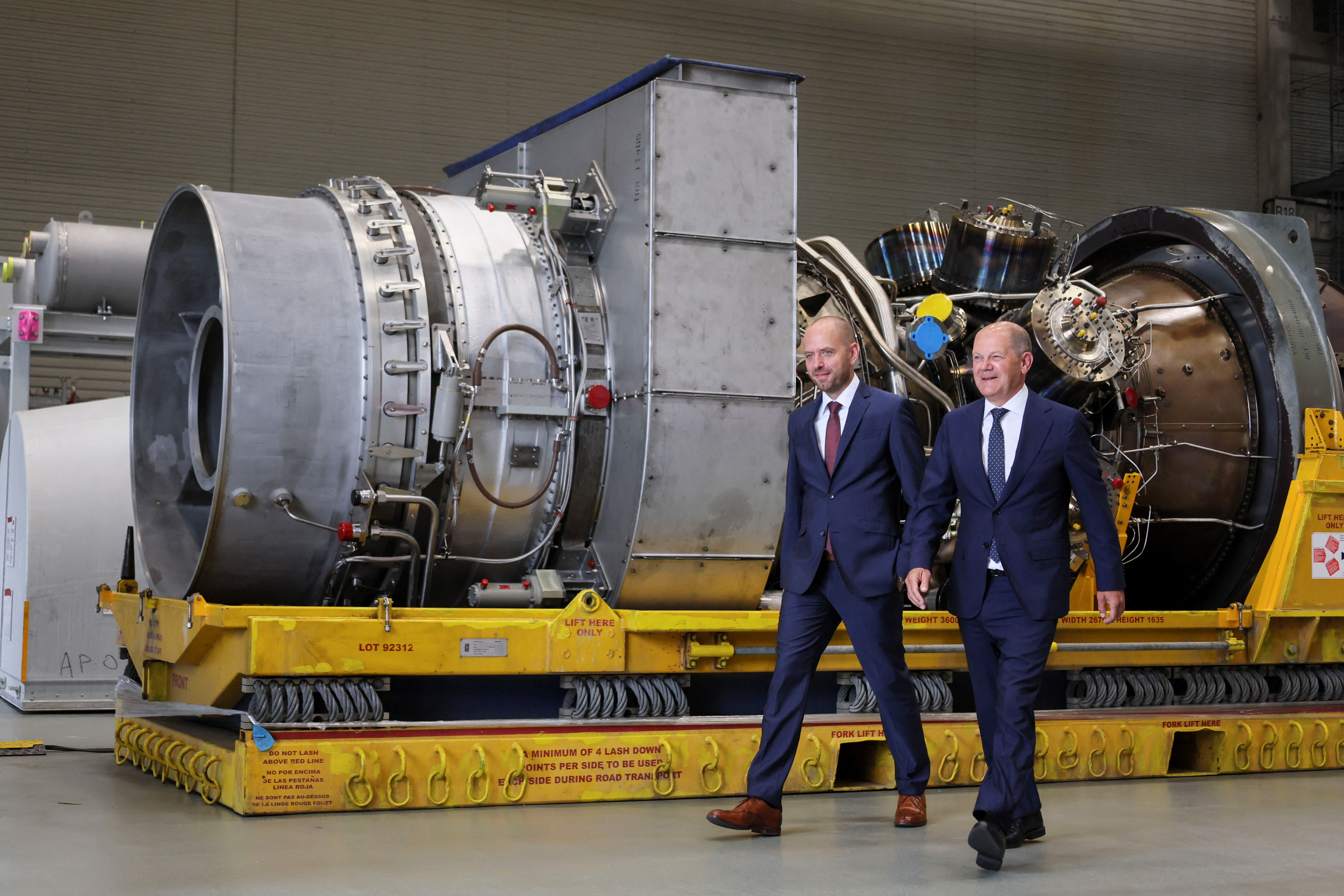 German Chancellor OIaf Scholz (R) and Siemens Energy Chief Executive Officer (CEO) Christian Bruch next to the gas turbine at the heart of the dispute on Wednesday. Reuters/Wolfgang Rattay

German Chancellor OIaf Scholz (R) and Siemens Energy Chief Executive Officer (CEO) Christian Bruch next to the gas turbine at the heart of the dispute on Wednesday. Reuters/Wolfgang Rattay

German Chancellor Olaf Scholz has slammed Moscow over its refusal to take back a key piece of equipment used to pump gas from Russia to Germany.

Visiting Siemens Energy near Duisburg, Scholz took the opportunity to see the turbine  which has found itself stranded in Germany after being returned from Canada.

The part, which is used on the Nord Stream 1 pipeline, was being serviced by Siemens in Montreal but the Canadian Government prevented it being returned citing sanctions against Russia. That prompted Berlin to successfully lobby the Canadian Government to make an exception to the rules, given the turbine's role on the Russia to Western Europe gas route.

"I am extremely grateful to the Government of Canada and Prime Minister Trudeau. I'm thankful for their willingness to help Europe and enable the export of this turbine," Scholz said.

But despite the component making it back to Europe, Scholz now says Russia is refusing to accept it.

"What is important to me is to make clear that this turbine can be deployed at any time and that it can be used. There is nothing standing in the way of its onward transport to Russia, except that the Russian buyers have to indicate that they also want the turbine and provide the necessary information for the customs to transport to Russia. All other approvals have been obtained," he said.

"There are no reasons why this delivery cannot take place. And to demonstrate that, to understand that, to show that, is one reason why I am very grateful that I was able to look at this with my own eyes today and also to be able to show to everybody else that there is nothing mystical going on here," he added.

Russia has cut gas supplies to Germany in recent weeks, citing the missing turbine and technical issues. Gazprom has said it can't take back the turbine until further paperwork is provided.

Kremlin spookesman Dmitry Peskov said Wednesday morning: "We need to make sure it (the turbine) is not sanctioned and we need to make sure that, based on some sanction circulars and so on, this very British company, a Siemens subsidiary, will not remotely shut down this turbine."

A senior manager at Gazprom has said the delivery of the turbine after servicing was not in line with the contract and that it had been sent to Germany without Russia's consent.

But Christian Bruch, Siemens Energy CEO said: "Naturally, we have a great interest in getting this replacement turbine back to Russia with the support of the German government.

"What is missing from this? From our point of view, all the papers, customs documents, transport documents, as far as we can prepare them, are prepared. However, we need contributions from the customer, meaning Gazprom, which are not forthcoming at the moment, so that we cannot transport this turbine, even though we have had it here for over a week."

Fearing gas shortages over the winter, the German Government has called on citizens to try and reduce electricity use now in order to allow the lower than expected gas flows to be redirected from power generation to storage tanks.