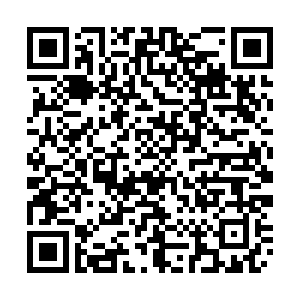 Fuel supply problems in Hungary's capital, Budapest have forced some filling stations to shut down.

To prevent widespread closures, the government has tried to reduce demand by modifying the price cap measure introduced last year that has kept prices low.

Commercial drivers in Hungary will now have to pay more to fill up, though private cars with Hungarian license plates still benefit from sharply reduced rates.

"On Saturday we paid a $1.25 for gas because of the price cap and later on that same day at 11am they announced that we had to pay more money by noon," said Zoltan Gabor, a catering company driver. "They only gave us an hour to adjust."

The modification of the price cap comes after the main refinery for Hungarian fuel, owned by energy company MOL, shut for maintenance, affecting supply nationwide.

The Hungarian government immediately announced that it would tap into a quarter of its strategic fuel reserves to offset the deficit. Market experts believe that these measures only will help in the short term.

"I think mostly with gasoline we will have problem," said Lazlo Molnar, CEO of the Hungarian Economic Research Institute. "Because diesel is much easier to refine and there is more diesel on the reservoir than gasoline.”

Some filling stations have already been impacted by the high demand of fuel and low supply.

This week some of Shell's fuel stations shut their operations temporarily in Budapest. In a statement the oil company said this was necessary "in order to optimize network operations and labor management." Five filling stations have been impacted.

Hungary's fuel cap price cap was first introduced in November 2021, setting the maximum price at $1.25 per liter. During the summer the measure was extended and is set to expire on October 1st. There's been no indication from the government whether it will keep the price cap on private vehicles after that date.

Meanwhile, experts believe that fuel supply problems in Hungary's main cities will persist, even with these new adjustments.

What is more troubling for many Hungarians is the lack of fuel in rural areas, where mainly independent gas stations are typically the last in line to get the fuel they need for their customers.