Download
WATCH: Mont Blanc is melting, making the Alps' highest peak too dangerous for most to climb
CGTN 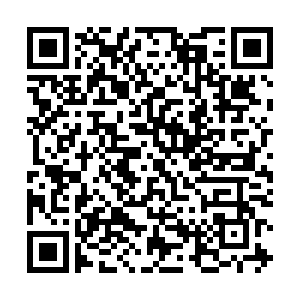 In the last year, Mont Blanc – the highest mountain in the Alps – has become much more dangerous to climb due to global heating, as higher temperatures cause more rockfalls and crevasses, thus scaring off many amateur mountaineers.

While none of the seven routes leading to the 4,807-meter summit are officially closed, conditions at the end of July have deteriorated to such an extent that only the most experienced climbers are capable of making the ascent, experts say.

Low snowfall during the winter has meant that vast areas of greyish glacier are now bare, yellowed by sand dust from the Sahara and cleft with fractures.

On top of that, higher than average temperatures in Europe have gone on to cause more landslides while melting the fragile snow bridges that allow mountaineers to cross the crevasses.

In the southeastern French town of Chamonix, at the foot of Mont Blanc, Scottish tourist Evan Warden and his 14-year-old son David said they were shocked to discover the "awful" conditions.

"Everywhere we walked there was just constant rockfall and the crevices constantly open up. (We were) pretty worried," said David, on his first trip to the Alps.

"MB is too risky... that was our plan, but I've not seen this much rockfall here in a long time. That's global warming definitely," Evan said, adding that the pair had hoped to do the "Trois Monts" (three peaks) route.

Currently, only between 12 and 20 skilled mountaineers are capable of reaching the summit each day, compared to more than 100 who would usually take on the task, said Olivier Grebert, president of the Compagnie des guides de Chamonix.

"This ascent must be part of a mountaineering career," he explains: "Mont Blanc sometimes has the reputation of being an easy ascent, but it's not the case - this year even more so."