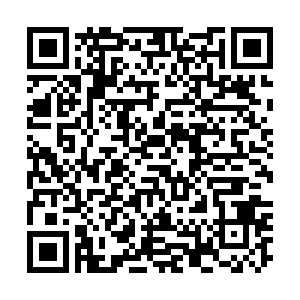 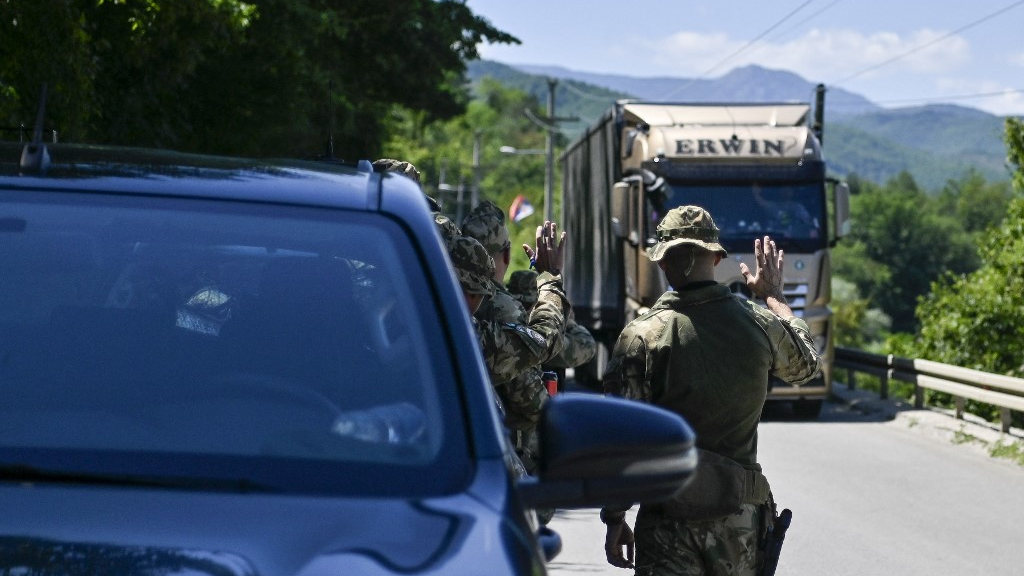 NATO-led peacekeepers have overseen the removal of roadblocks erected by ethnic Serb protesters in Kosovo, where political tensions have flared up more two decades since the Yugoslav Wars culminated in NATO airstrikes.

The barricades were taken down after the Kosovo government delayed the implementation of a decision that would force ethnic Serbs, who are a majority in the north, to apply for documents, including car license plates, issued by Kosovan institutions.

The situation has also revived old fault lines between the West and Russia and Serbia, with Moscow and Belgrade having never recognized Western-aligned Kosovo as an independent state, blocking its efforts to join the UN.

It is, however, recognized as a nation by more than 100 countries, and is now seeking to join NATO.

The government's decision to postpone the demand for ethnic Serbs to use its papers instead of Serbian documents, a long-standing argument that lead to similar protests last year, followed talks with U.S. and EU ambassadors.

"Violence will not be tolerated. Those who use violence will be punished by the rule of law with the force of law," Albin Kurti who serves as prime minster of Kosovo told journalists on Monday. He said a total of nine road blocks had been set up. 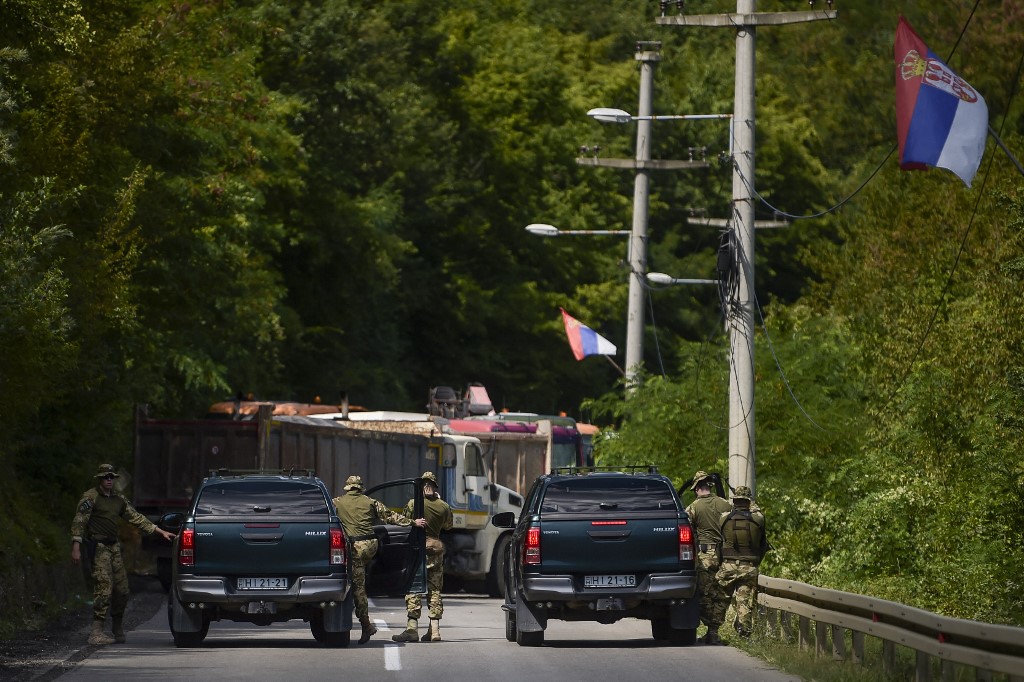 NATO soldiers serving in Kosovo patrol next to a road barricade set up by ethnic Serbs near Zubin Potok. /Armend Nimani/AFP

NATO soldiers serving in Kosovo patrol next to a road barricade set up by ethnic Serbs near Zubin Potok. /Armend Nimani/AFP

The flare-up in tensions comes 14 years after Kosovo declared independence from Serbia.

However, many of some 50,000 ethnic Serbs living in the north still use papers and license plates issued by Serbia, refusing to recognize the Kosovan government's authority.

Earlier on Monday, the government began giving out extra documents to Serbian citizens at the biggest border crossing between Serbia and Kosovo in Merdare.

Kosovo's government said it would stop issuing the papers once the road blocks were removed.

Ethnic Serbs had parked large trucks filled with gravel on roads near the border with Serbia on Sunday in protest at the new policy, which the government agreed to postpone until September 1.

In a month, local Serbs will have 60 days to start using Kosovo license plates and documents issued at the border to Serbian citizens, including those living in Kosovo without local papers.

"Now, thank God, some escalation has been avoided overnight, but this situation has only been delayed for one month," Kremlin spokesman Dmitry Peskov told reporters on Monday.

However, tensions with Serbia remain high, with Kosovo's fragile peace closely monitored by NATO's KFOR mission, which has just under 4,000 troops on the ground there.

On Sunday the mission issued a statement saying it was ready to intervene if stability was jeopardized.