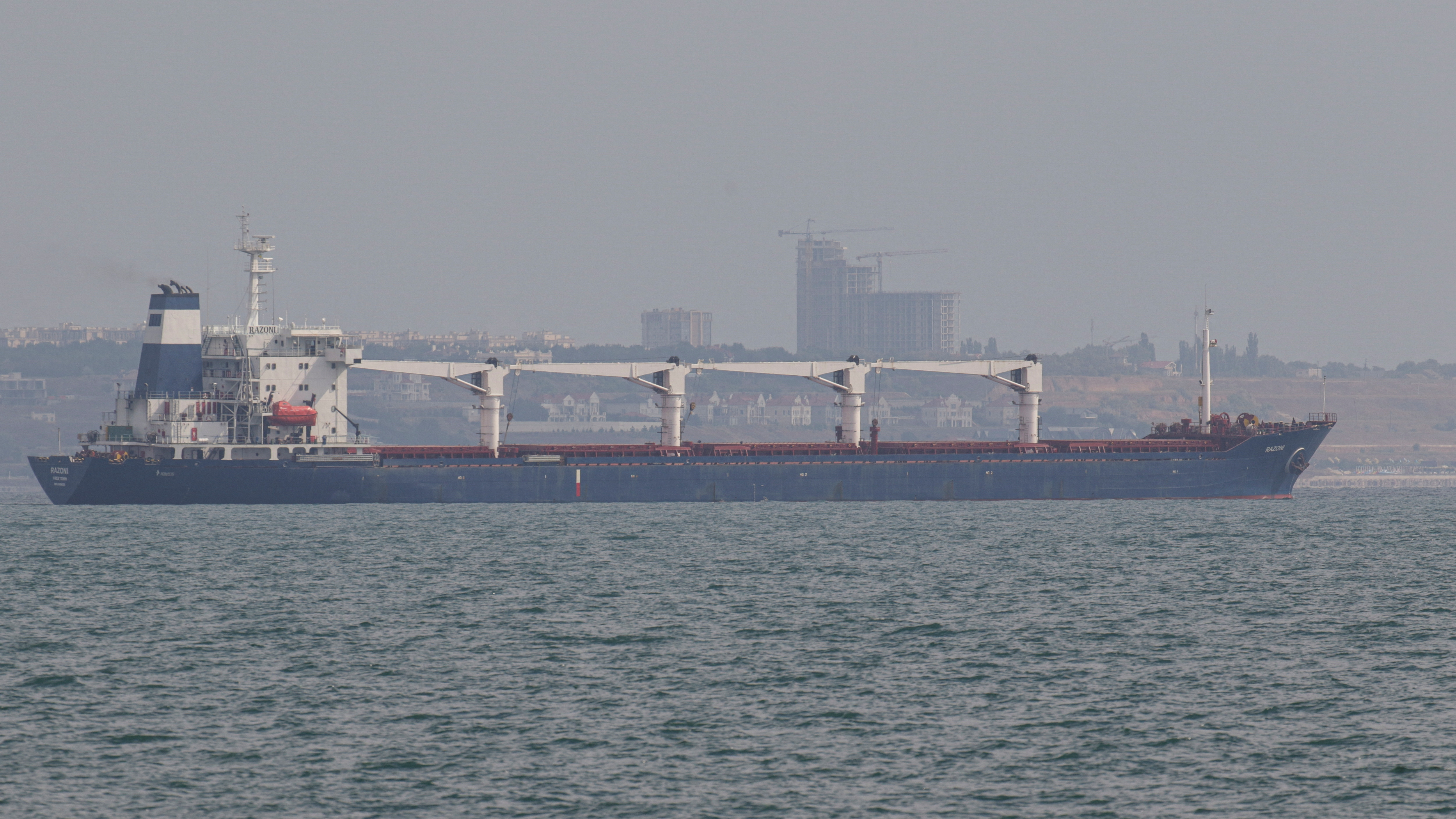 A ship carrying grain left the Ukrainian port of Odesa for Lebanon on Monday under a safe passage agreement, Ukrainian and Turkish officials said, the first departure since Russian military action blocked shipping through the Black Sea five months ago.

Ukraine's foreign minister called it "a day of relief for the world," especially for countries threatened by food shortages and hunger because of the disrupted shipments.

The sailing was made possible after Türkiye and the United Nations brokered a grain-and-fertilizer export agreement between Russia and Ukraine last month.

Kubrakov said that Ukraine would start consultations to try to open up the port of Mykolaiv if the grain deal holds in full.

The Kremlin greeted the news as "very positive." Moscow has denied responsibility for the food crisis, blaming Western sanctions for slowing exports and Ukraine for mining the approaches to its ports.

Turkish Defense Minister Hulusi Akar said the Razoni would anchor in the Bosphorus off Istanbul on Tuesday afternoon and will be inspected by a joint team of Russian, Ukrainian, United Nations and Turkish representatives.

"It will then continue as long as no problems arise," Akar said.

Kubrakov said more ships would follow. Unlocking the ports would provide at least $1 billion in foreign exchange revenue for Ukraine's economy and allow the agricultural sector to plan next year's sowing season, he said.

The U.S. Embassy in Kyiv welcomed the shipping resumption, saying: "The world will be watching for continued implementation of this agreement to feed people around the world with millions of tonnes of trapped Ukrainian grain."