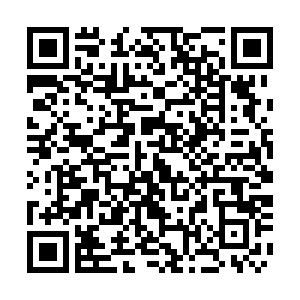 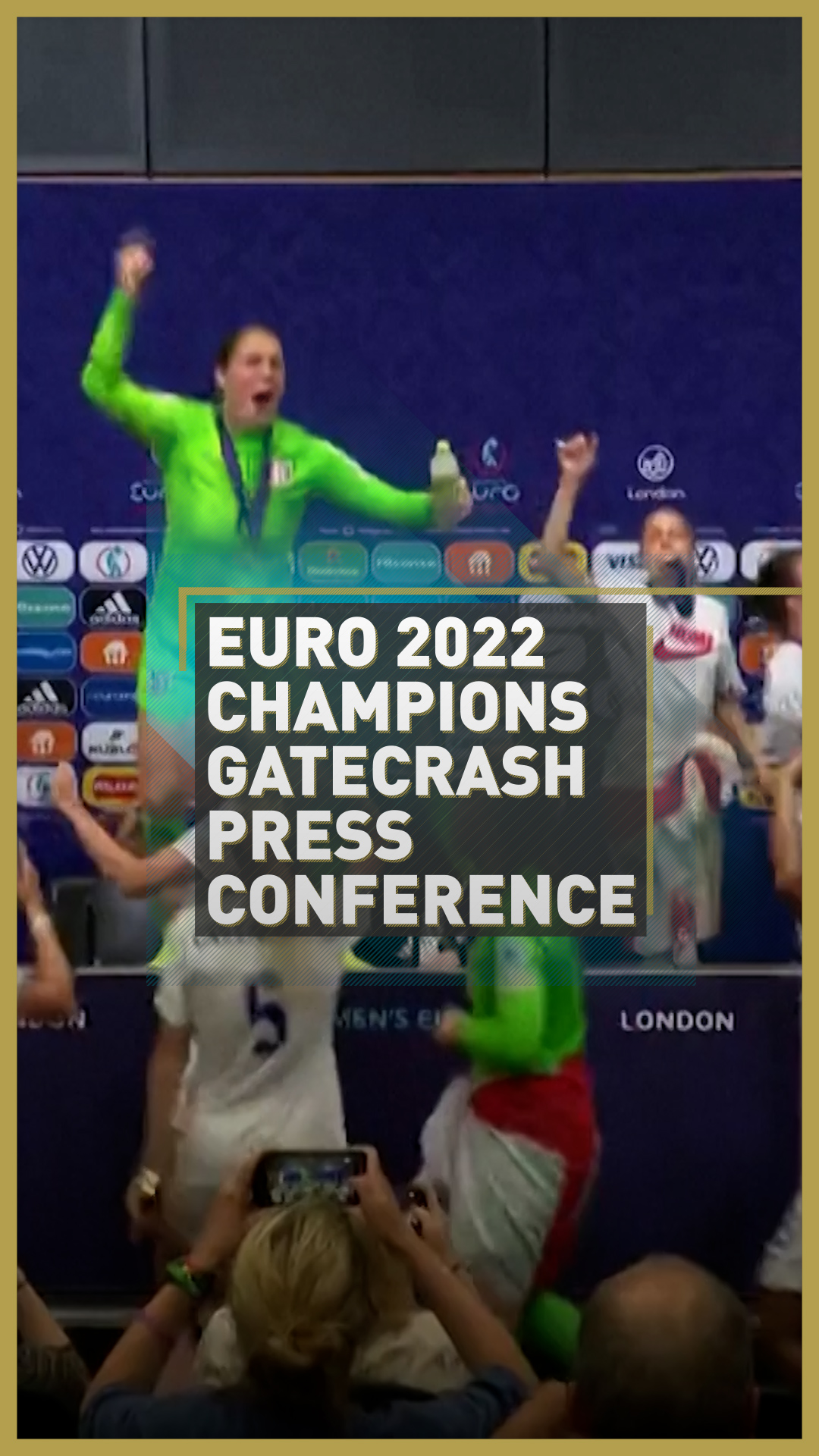 Euro 2022 began with organizers defending the choice of small venues, but 25 days later, a record European Championship attendance of 87,192 at Wembley for the final witnessed England at last win a major international tournament.

The Lionesses' legacy could change the face of the women's game in England for future generations.

A record television audience for a women's football match in the UK of 17.4 million tuned in to watch Sunday's tense 2-1 victory in extra time over Germany, as Chloe Kelly scored the winner. Even more watched in Germany – 17.89 million. 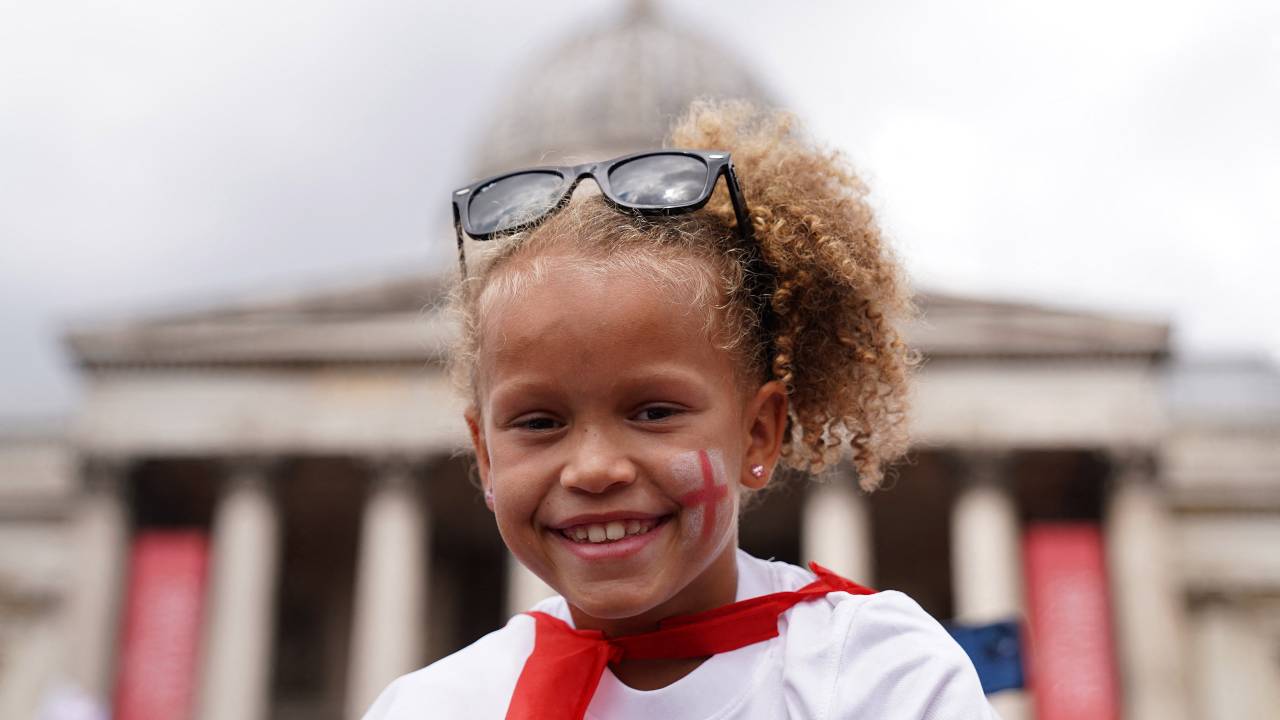 Young England fan Faith poses for a picture during the celebrations. /Maja Smiejkowska/Reuters

Young England fan Faith poses for a picture during the celebrations. /Maja Smiejkowska/Reuters

On top of winning the hearts of the host nation, Sarina Wiegman's squad changed perceptions.

An Ipsos poll published on Monday found that 44 percent of the British public – and 64 percent of football fans – said they are more interested in watching women's football following Euro 2022.

England's women now have a platform their predecessors could only dream of, and they used it to push the message of equality off the pitch.

"In most workplaces across the world, women still have a few more battles to face," said captain Leah Williamson.

"For every change of judgment or perception or opening the eyes of somebody who views women as somebody with the potential to be equal to her male counterpart, I think that makes change in society.

"That's a powerful message that we have the power to send, in a typically male-dominated environment." 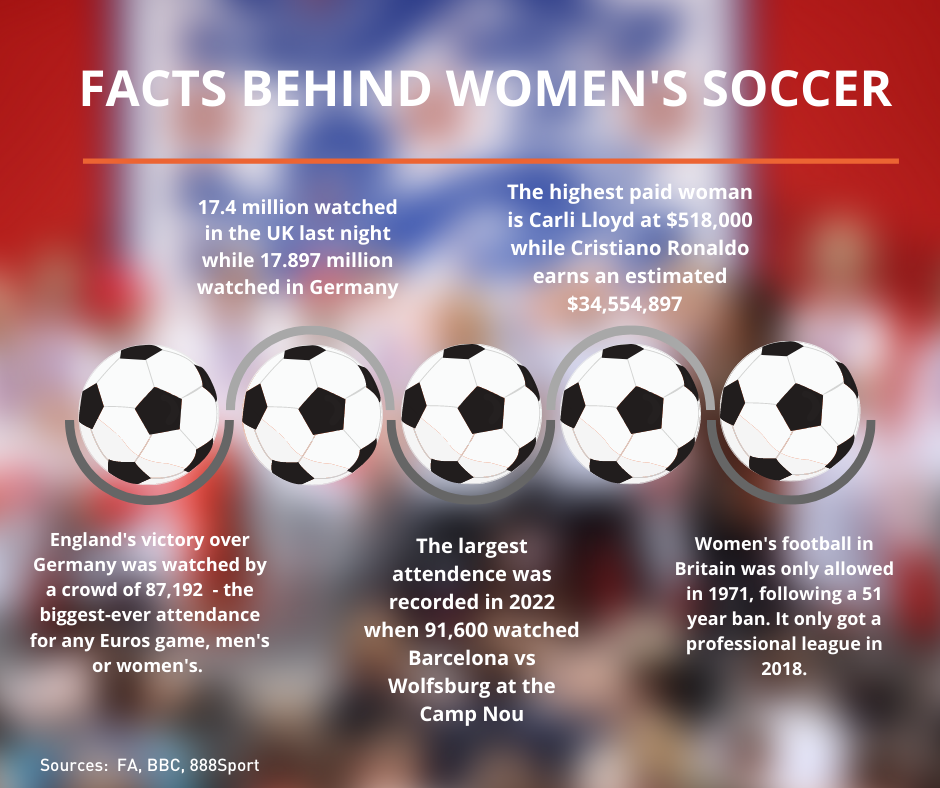 There remains a vast income gap for women's football to close on the men's game.

UEFA defended that gulf by saying they would make a "significant loss" in running the tournament due to a five-fold increase in spending on infrastructure and facilities.

But a tournament of record crowds – with total attendance more than doubled from Euro 2017 in the Netherlands – and TV audiences will ripple around the rest of the continent.

"We expected a lot, but to be honest we didn't expect so much," UEFA president Aleksander Ceferin said at a women's football forum on Sunday.

"The numbers are amazing, but it's not only the numbers that are important. The matches are great, and the technical skills have been unbelievable.

"Maybe some people – sponsors, broadcasters, and everyone else – should start thinking that it's worth investing in women's football." 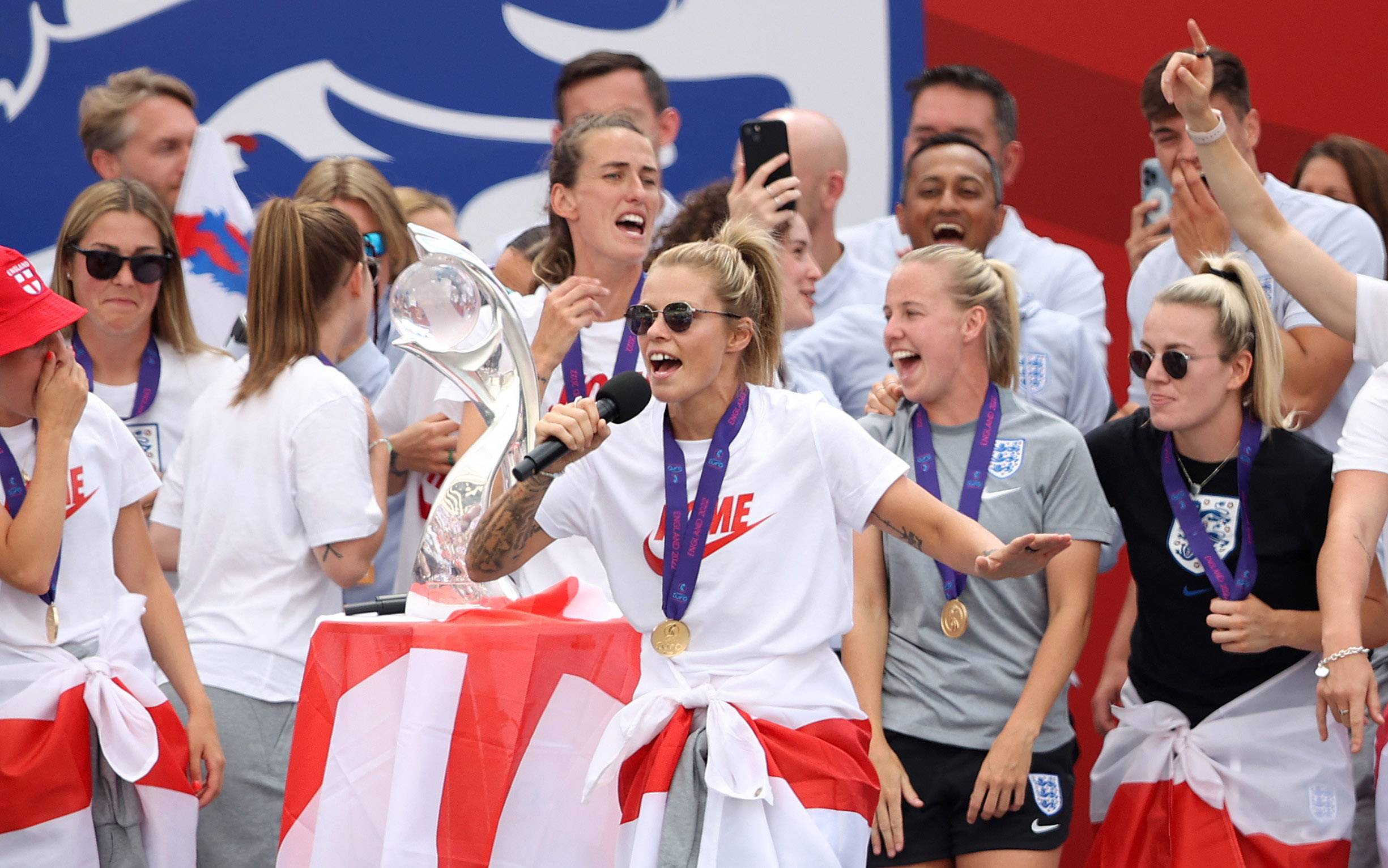 With less than a year to the start of the 2023 World Cup in Australia and New Zealand, the Euros have revived some momentum for the women's game lost during the coronavirus pandemic.

The 2019 World Cup in France was also seen as a launching pad for the popularity of the women's game. However, just a year later, it was often treated as an afterthought as associations, clubs, and leagues scrambled to get the men's game back up and running during lockdowns.

England's women did not play a match for nearly a year between March 2020 and February 2021.

That would now be unthinkable, with a new generation of girls idolizing the likes of Beth Mead, Alessia Russo and Ella Toone just as much as Harry Kane or Raheem Sterling.

"The moral purpose of what we have tried to do here in England is just as important as the business purpose of winning teams," said the English Football Association's (FA) director of women's football, Sue Campbell.

"We think we can improve the lives of girls and women in society by the way we deliver football in the community and on the international stage."

Even Queen Elizabeth II joined in, congratulating the Lionesses as "an inspiration for girls and women today, and for future generations." 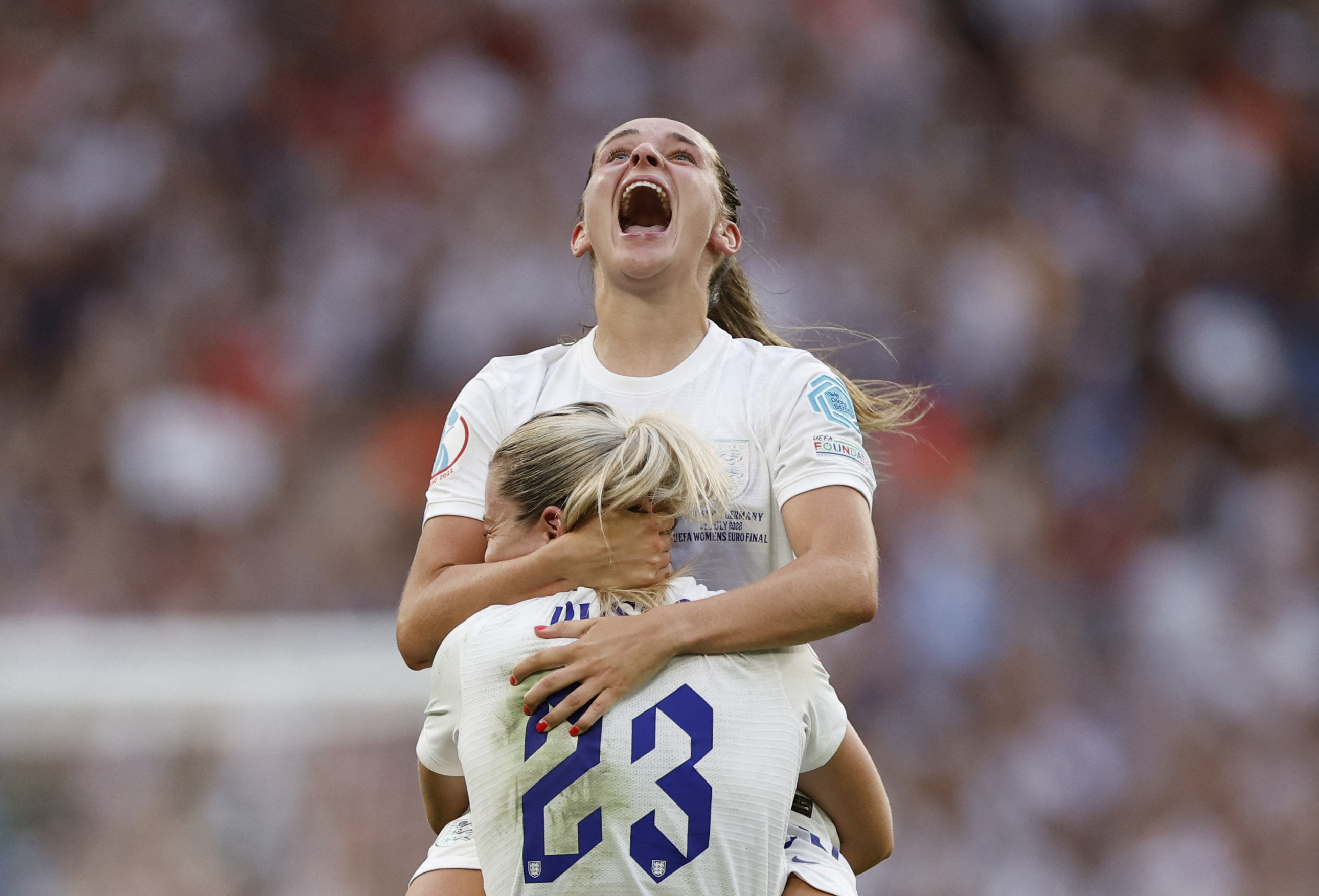 From ban to triumph

The last time England won a major tournament, at the 1966 (men's) World Cup, women's football was still banned by the FA.

It was only in 1971 that the FA lifted a ban on women playing organized football.

The popularity of women's football surged in Britain during World War I, when male footballers were often sent to the frontlines. When peace returned crowds continued to flock to games, with some 53,000 paying spectators watching a game in 1920.

In December 1921, the FA outlawed affiliated members from letting women use their fields. The FA stated that "the game of football is quite unsuitable for females and ought not to be encouraged."

Football historians have argued that the move was, in addition to sexist discrimination, due to the FA being unable to profit from or control the women's game. Football federations across the world followed England's ban, restricting women's access to the game for generations.

Now its time to thrive has come.