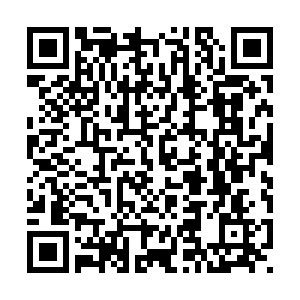 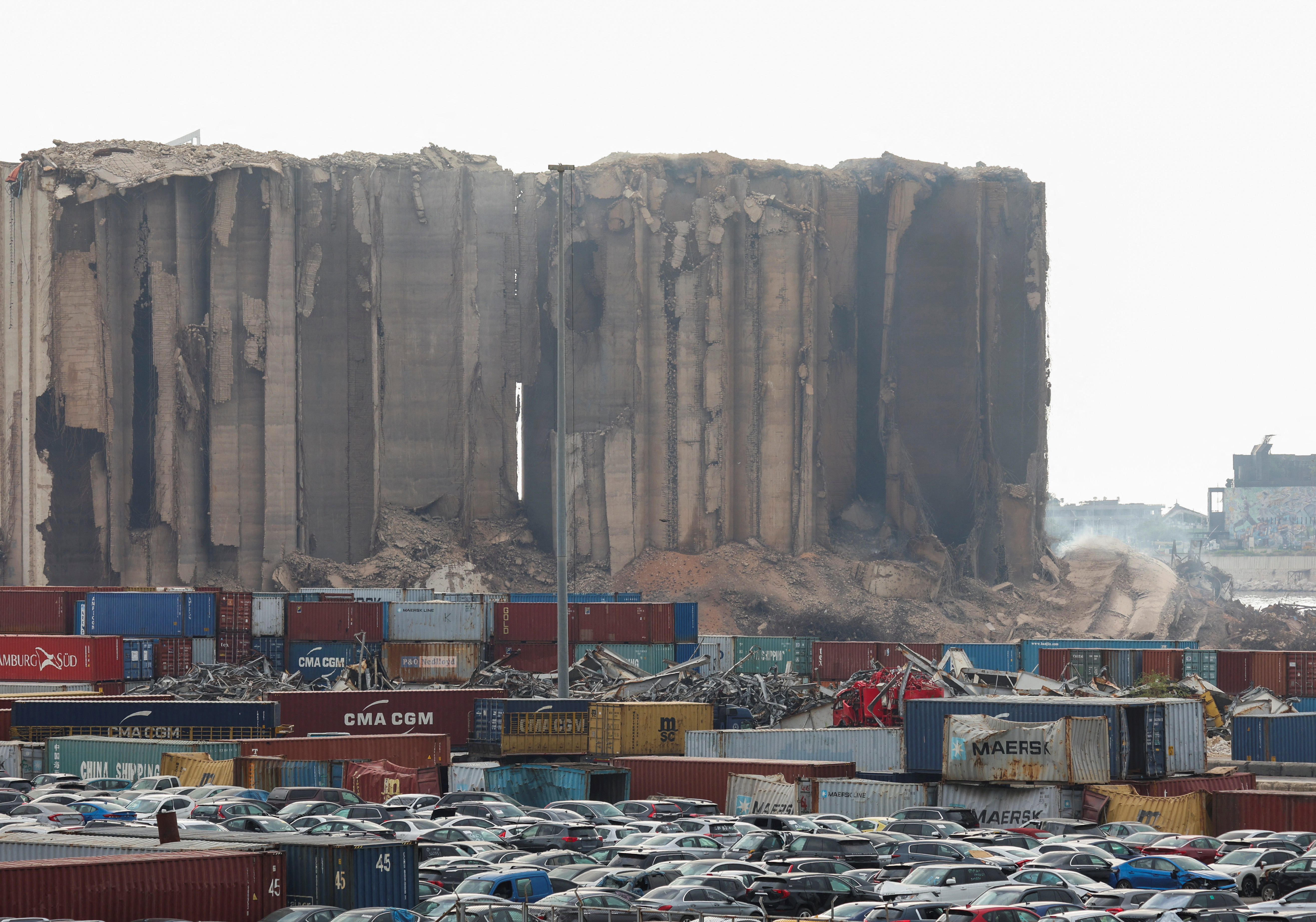 The silos at Beirut's port exploded in 2020 and a fire has been recently been burning. Mohamed Azakir/Reuters

The silos at Beirut's port exploded in 2020 and a fire has been recently been burning. Mohamed Azakir/Reuters

Part of Beirut's massive port grain silos that had been ripped apart by an explosion in 2020 came crashing to the ground, after a blaze that had been burning for several weeks.

Grain that had fermented went up in flames in the summer heat giving off an orange glow visible at night from nearby neighborhoods.

And on Sunday the northern block of the silos collapsed, kicking up thick gray dust that enveloped the structure and the port. It was not immediately clear if anyone was injured.

Assaad Haddad, General Director of the Port Silo, said "everything is under control" as the dust started to slowly settle.

The 50-year-old, 48-meter tall giant silos withstood the force of the explosion two years ago, effectively shielding the western part of Beirut from the blast that killed over 200 people, wounded more than 6,000, and badly damaged entire neighborhoods.

Earlier this summer a fire broke out in the northern block of the silos and firefighters and Lebanese Army soldiers were unable to put it out. The government's Environment and Health Ministries last week issued instructions to residents living near the port to stay indoors. 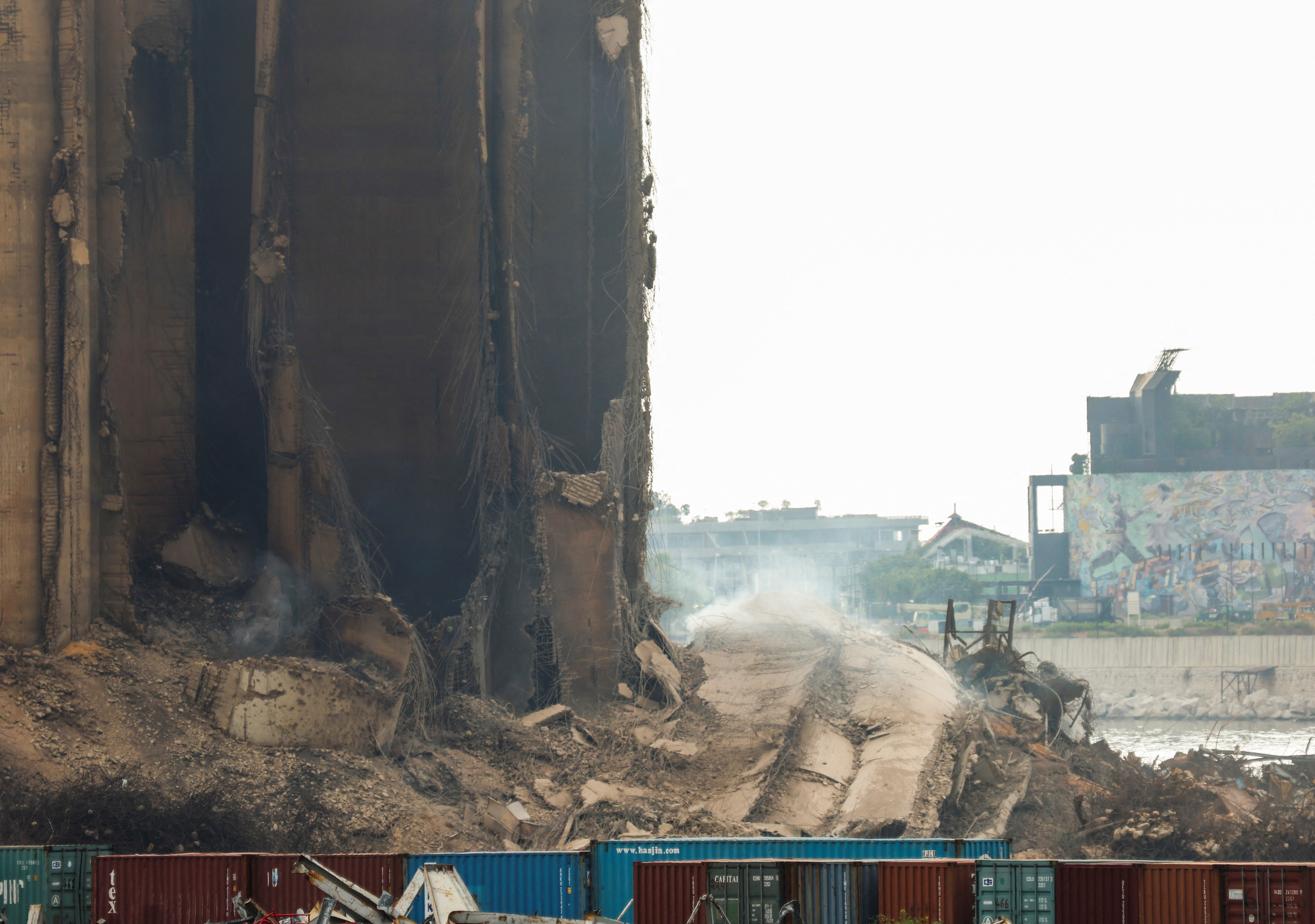 The northern block of the silos collapsed after what sounded like an explosion. Mohamed Azakir/Reuters

The northern block of the silos collapsed after what sounded like an explosion. Mohamed Azakir/Reuters

Emmanuel Durand, a French civil engineer who volunteered for the government-commissioned team of experts, said the northern block of the silo had already been tipping since the day of the 2020 blast, but the latest fire had weakened its frail structure, accelerating the collapse.

He had been monitoring the silos from thousands of miles away using data produced by sensors installed over a year ago, and updating a team of Lebanon's government and security officials on the developments via a WhatsApp group. In several reports he warned that the northern block could collapse at any moment.

When the fermenting grains ignited, attempts were made to put out the fire with water, but the moisture made the fire worse. The Interior Ministry said the fire had spread after reaching electric cables nearby.

Residents who survived the 2020 explosion said the fire and the smell reminded them of the trauma.

The Lebanese Red Cross distributed K-N95 masks to those living nearby, and officials ordered firefighters and port workers to stay away from the immediate area.

Last April Lebanon's government decided to demolish the silos, but suspended the decision following protests from families of the blast's victims and survivors. They contend that the silos may contain evidence useful for the judicial probe, and that it should stand as a memorial for the tragic incident.

The Lebanese probe has revealed that senior government and security officials knew about the dangerous material stored at the port, though no officials have been convicted thus far.

The implicated officials subsequently brought legal challenges against the judge leading the probe, which has left the investigation suspended since December.