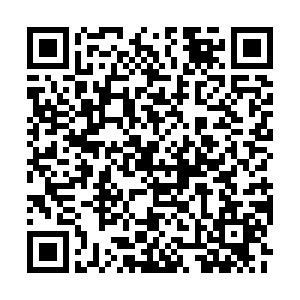 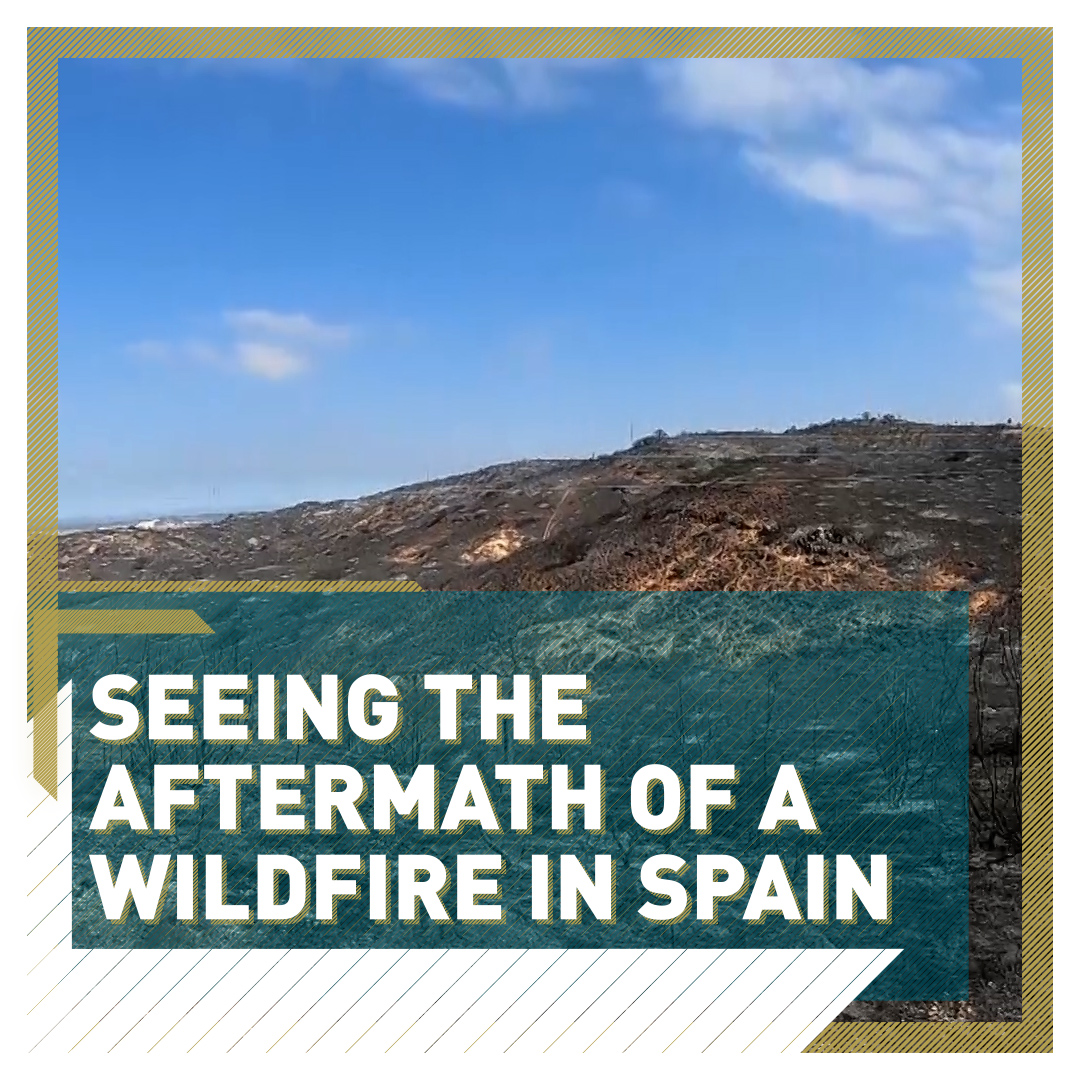 At Humanes, near Guadalajara in central Spain, is the shocking aftermath of one of several wildfires that ravaged Spain in recent weeks.

All that is left is ash.

A blaze that raged for three days destroyed more than 2,500 hectares in Humanes and forced 1,000 people to be evacuated.

The fire has now been brought under control, but the emergency services say the area remains at high risk. This barren patch of scorched earth is part of the estimated 200,000 hectares destroyed by fires in Spain this year. One emergency services pilot had a lucky escape after his helicopter crashed whilst trying to fight the blaze.

'Wildfires this year are more difficult to deal with'

CGTN Europe spoke to firefighter Agustin Pastor, who noted that fighting these wildfires has proven a bigger challenge than in previous years.

"The wildfires this year are more difficult to deal with," he says. "It's harder to predict their evolution, harder to reach them and extinguish.

"We really feel it's different now. Before we could extinguish fire like this more easily, now they spread like gasoline." 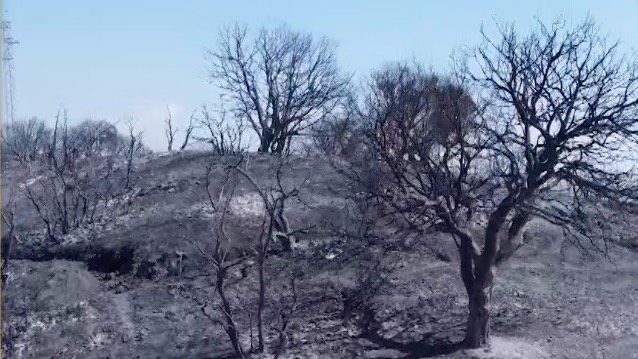 This scorched earth is part of the estimated 200,000 hectares destroyed by fires in Spain this year. /CGTN

This scorched earth is part of the estimated 200,000 hectares destroyed by fires in Spain this year. /CGTN

The European Forest Fire System says this is the most devastating series of forest fires since records began.

"What is absolutely clear is that our summer time now lasts a lot longer – they are at least five weeks longer than before," he says. "This is what studies that have been conducted by the Meteorological Organisation of Spain have shown, this has been happening for a number of years now.

"All of the problems that are directly attributed to wildfires occur over a longer period of time. We don't have a summer season of June, July and August like we did in the past."

The new planes can drop 20 tonnes of water in less than 10 seconds and could prove to be a crucial tool in the fight against intense blazes.

As this area tries to recover from the destruction, locals are fully aware of the warnings that climate change means such wildfires are likely to become more frequent and they may well see more scenes like this in the future.