Download
What impact will Russia's pullout have on the International Space Station?
CGTN 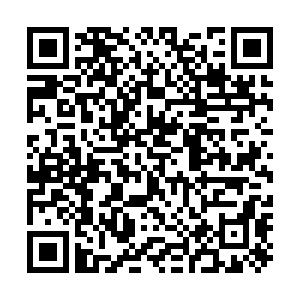 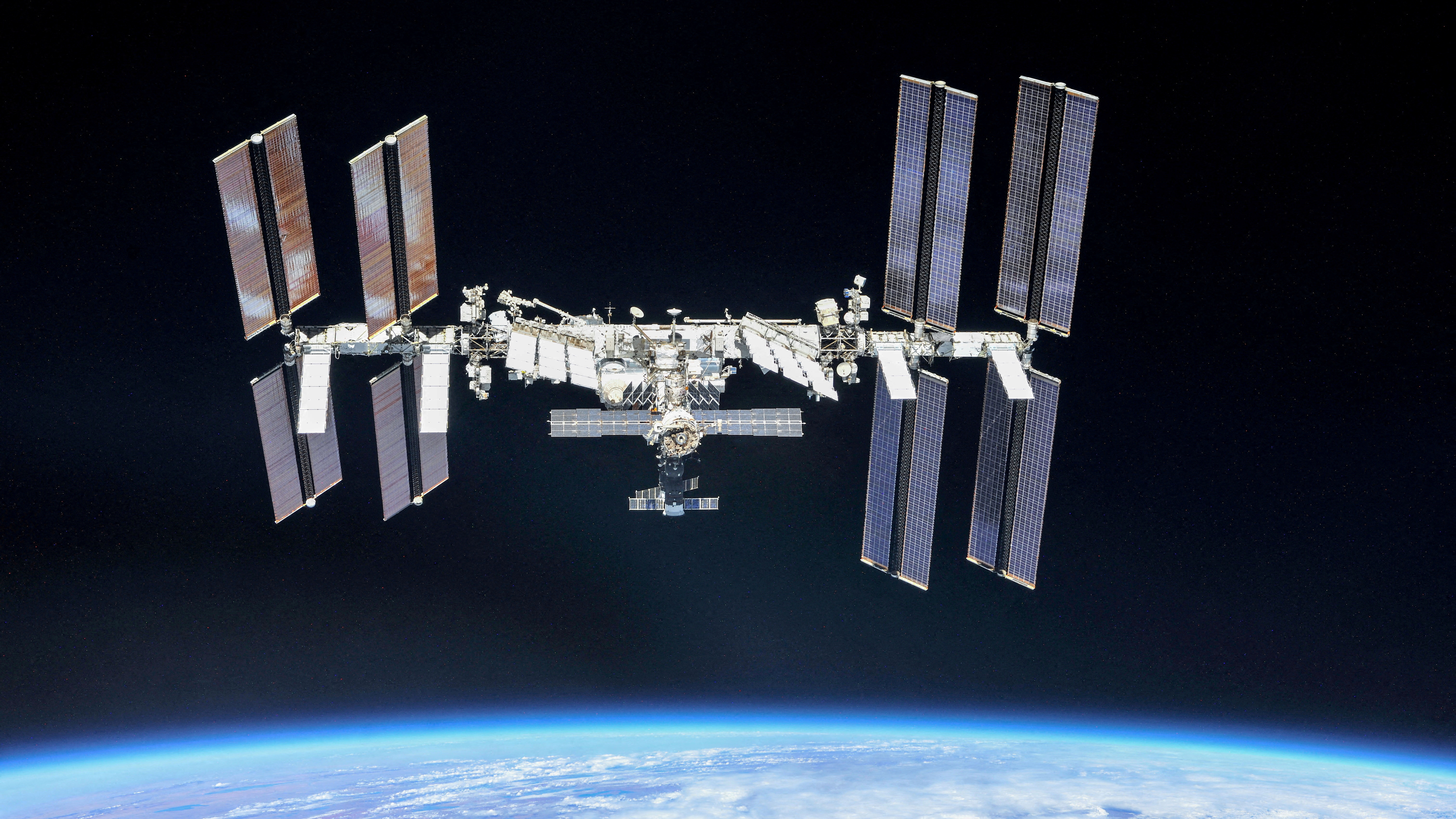 Moscow's announcement that it was leaving the International Space Station "after 2024" amid tensions with the West, led analysts to warn it could lead to a halt of Russian-crewed flights.

The confirmation of the long-mooted move comes as ties unravel between the Kremlin and the West over Moscow's offensive in Ukraine and several rounds of sanctions against Russia, including its space sector.

Space experts said Russia's departure from the ISS would deal a significant blow to its program of crewed flights. The practice is a major part of the scientific history of Russia, which was the first nation (as the USSR) to lauch a crewed space flight in 1961.

"Of course, we will fulfil all our obligations to our partners, but the decision to leave this station after 2024 has been made," Yury Borisov, the new head of Russian space agency Roscosmos, told President Vladimir Putin, according to a Kremlin account of their meeting.

"I think that by this time, we will start putting together a Russian orbital station," Borisov added, calling it the domestic space program's main "priority."

The ISS was launched in 1998 at a time of hope for U.S.-Russia cooperation following their Space Race competition during the Cold War.

The U.S. and Russian segments of the ISS, spanning the size of a football field and orbiting some 250 miles (400 km) above Earth, were deliberately built to be intertwined and technically interdependent.

For example, while U.S. gyroscopes provide day-to-day control over ISS orientation in space and U.S. solar arrays augment power supplies to the Russian module, the Russian unit provides the propulsion used to keep the station in orbit.

"You can't have an amicable divorce," Garrett Reisman, a retired NASA astronaut and current astronautical engineering professor at the University of Southern California, told Reuters in an interview. "We're kind of stuck together."

The ISS was due to be retired after 2024, but NASA said it could remain operational until at least 2030, and the U.S. said it was taken by surprise by Russia's announcement.

"It's an unfortunate development given the critical scientific work performed at the ISS, the valuable professional collaboration our space agencies have had over the years," State Department spokesman Ned Price said.

In a statement to AFP, NASA administrator Bill Nelson said the agency "has not been made aware of decisions from any of the partners, though we are continuing to build future capabilities to assure our major presence in low-Earth orbit."

Space exploration has been one of the few areas where cooperation between Russia and the U.S. and its allies had not been wrecked by tensions over Ukraine and elsewhere. 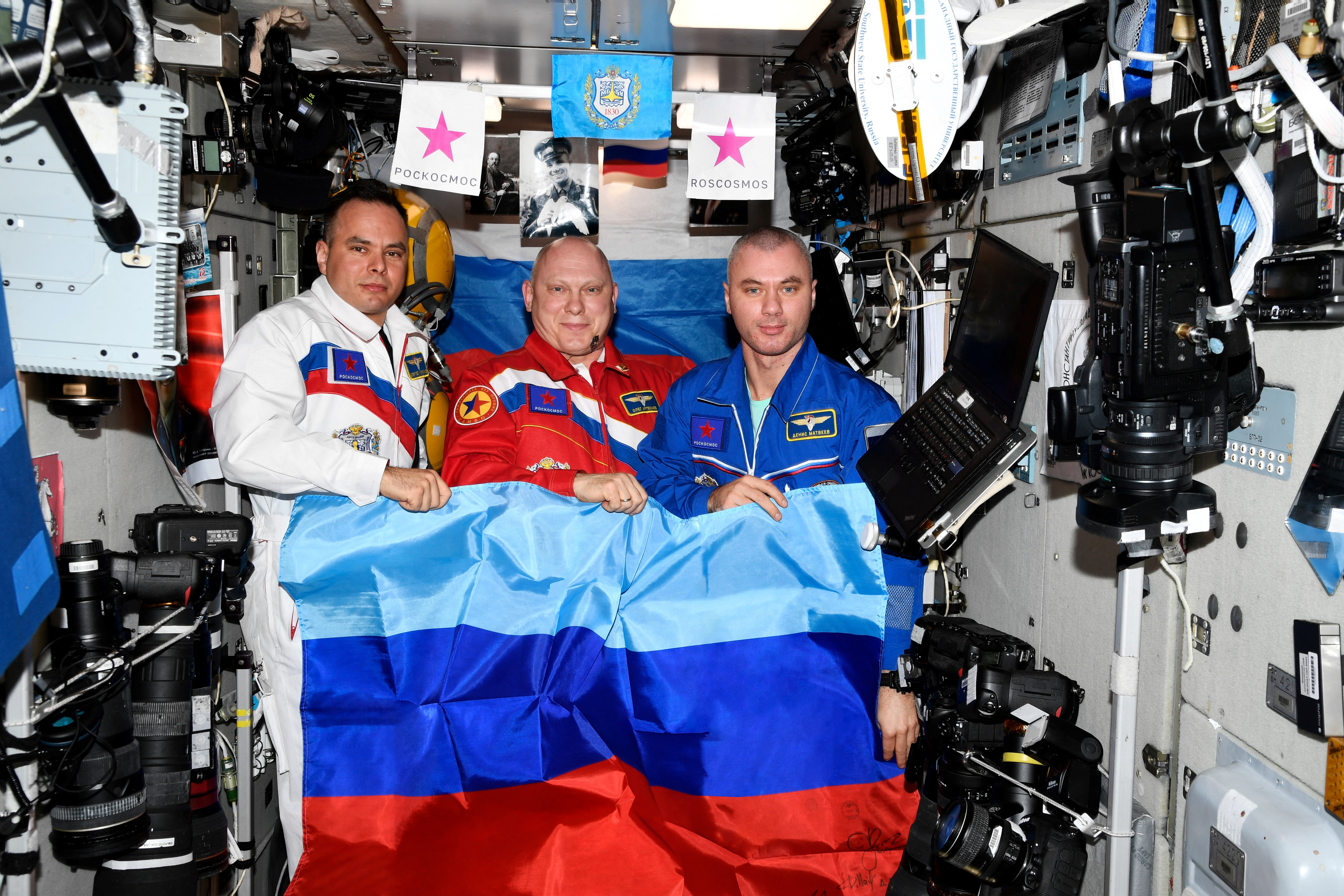 Russian cosmonauts Oleg Artemyev, Denis Matveev and Sergey Korsakov pose with a flag of the self-proclaimed Luhansk People's Republic at the ISS, in this picture released July 4, 2022. /Reuters/Roscosmos

Russian cosmonauts Oleg Artemyev, Denis Matveev and Sergey Korsakov pose with a flag of the self-proclaimed Luhansk People's Republic at the ISS, in this picture released July 4, 2022. /Reuters/Roscosmos

Russia is reliant on imports of everything from manufacturing equipment to consumer goods, and the effects of Western sanctions are expected to wreak havoc on the country's economy in the long term.

Even so, it plans to launch and operate space stations in the near future: The Russian Orbital Service Station, set to launch in 2025, is intended to replace Moscow's ISS program.

But the pullout from the ISS raises serious questions about Russia's own space program, according to some analysts.

"If the ISS ceases to exist in 2024, we will have nowhere to fly," Lukashevich told AFP. "At stake is the very preservation of manned flights in Russia, the birthplace of cosmonautics."

Lukashevich said the authorities could not plan more than several months in advance and added that even if Russia builds an orbiting station, it would be a throwback to the 1980s.

"It will be archaic, like an old woman's flat, with a push-button telephone and a record player," he said.

Space analyst Vitaly Yegorov struck a similar note, saying it was next to impossible to build a new orbiting station from scratch in a few years.

He added that creating a fully-fledged space station would take at least a decade of "the most generous funding."

Yegorov said Russia's departure from the ISS meant Moscow might have to put on ice its program of crewed flights "for several years" or even "indefinitely."

The move could also see Russia abandon its chief spaceport, Baikonur, which it is renting from Kazakhstan, Yegorov said.

Russian Soyuz rockets were the only way to reach the International Space Station until SpaceX, run by billionaire Elon Musk, debuted a capsule in 2020.

NASA, alongside the European Space Agnecy will launch the Lunar Gateway, in 2024. China's space station, the Tiangong space station, has been operational since 2021.