Download
What do the candidates for UK prime minister say about China?
CGTN 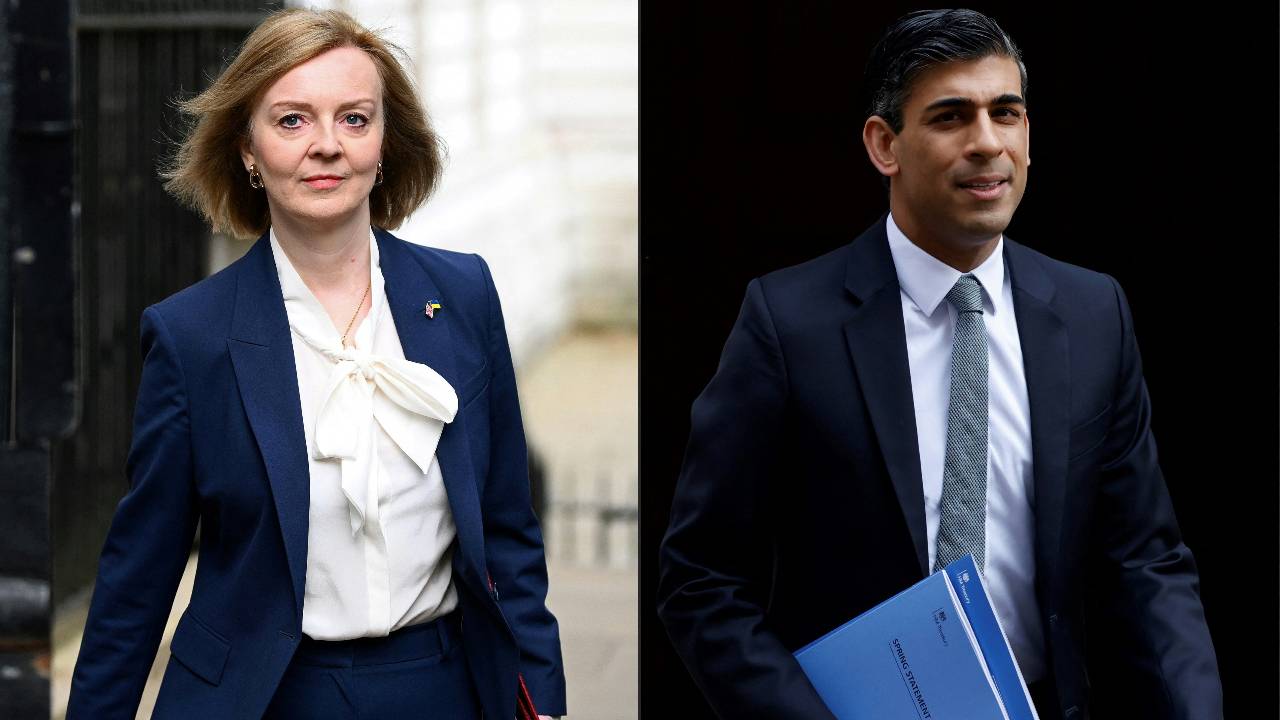 As the two remaining candidates for the leadership of the UK's Conservative Party seek to burnish their hard-line credentials to an ageing membership, their focus has turned to China.

Rishi Sunak and Liz Truss are trying to win a majority from among the 160,000 members who will choose the UK's next prime minister in the coming weeks.

In a strongly-worded news release, Sunak claimed that "China and the Chinese Communist Party represent the largest threat to Britain and the world's security and prosperity this century."

This came in response to comments by Truss's campaign team accusing Sunak of being 'soft' on China while he was UK finance minister.

Following the remarks by Sunak and Truss, Zhao Lijian, Chinese foreign ministry spokesperson, declined to offer specific comments in line with the country's policy of not interfering with internal matters of other nations.

However, on a general note, he remarked: "I do want to inform some UK politicians that they can't solve their own problems by frequently using China to make arguments and hyping the 'China threat' and other irresponsible statements."

The UK's relationship with China has deteriorated sharply since prime minister David Cameron welcomed President Xi Jinping on a state visit in 2015.

China was furious over repeated accusations from members of Boris Johnson's government over the past two years that it had committed human rights violations. And on the business front, the UK ignored warnings about delays and higher costs to restrict the role of market leader Huawei in creating the latest telecommunications infrastructure.

Following Johnson's resignation, Sunak and Truss are now battling for his job, which will be assigned by members of the Conservative Party without going to the wider voting population.

Below is a summary of some of the claims made by the candidates.

These public educational and cultural promotion programs are funded and arranged by the Chinese International Education Foundation, and affiliated with the Chinese government. They also receive support from the British government for their activities. Their aim is to promote Chinese language and culture, support local Chinese teaching internationally, and facilitate cultural exchanges.

Among four proposed policy ideas, Sunak wants to ban Confucius Institutes from the UK. There are currently 31 in existence in the UK, the highest number globally and Britain's Open University - aimed at offering degrees to a wider population than traditional institutions-  launched the 'world's first online Confucius Institute' in May. Nevertheless a report by the Higher Education Policy Institute in March highlighted significant shortfalls in awareness and understanding of China and Chinese among the UK public and top decision makers alike.

According to Sunak's team, nine of the 31 Confucius centers in the UK were established when Truss was an education minister between 2012 and 2014.

In a 2014 speech, Truss heaped praise on the "great work" of Confucius Institutes. While she has not commented specifically on their role more recently, she has since become much more critical of Beijing in other areas.

In a 2018 article in the Telegraph newspaper, China's then ambassador to the UK Liu Xiaoming said the Confucius Institute's activities were "strictly for public good" and would never involve political or religious activism. The Institute is transparent over all its work and China never seeks to use the Institute to interfere in academic freedoms, he wrote.

Such a policy was once overt, with former prime minister David Cameron keen to publicly promote ties with China when he was in office from 2010 until 2016.

But Sunak has subsequently sought to burnish his anti-Chinese economic credentials by pledging to "prevent Chinese acquisitions of key British assets, including strategically sensitive tech firms." 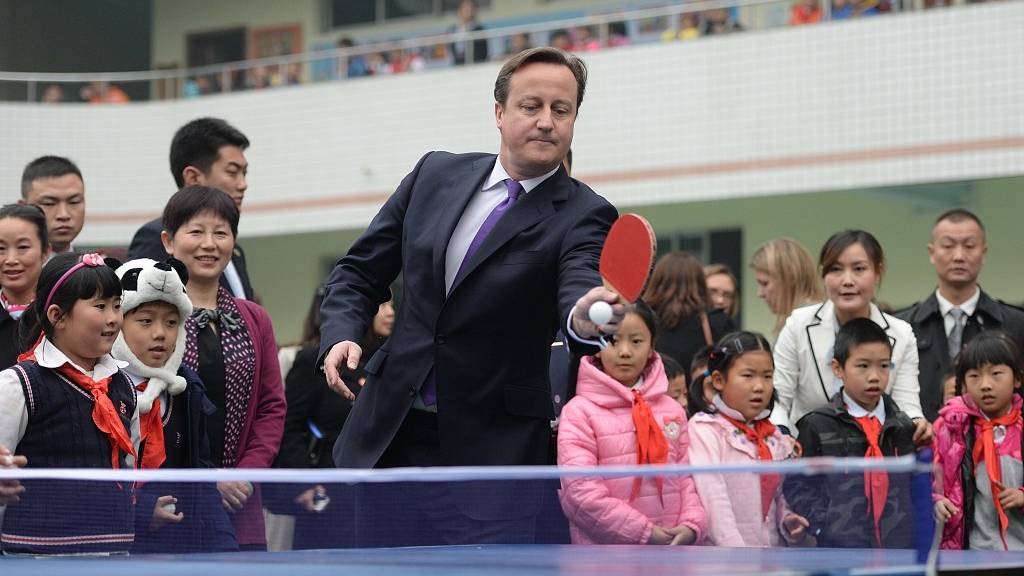 Former UK Prime Minister visiting Sichuan in 2013, when the UK was keen to do business with Beijing. /CFP

Former UK Prime Minister visiting Sichuan in 2013, when the UK was keen to do business with Beijing. /CFP

China says its goal is to secure global economic stability. At the time when the UK announced its decision to restrict Huawei's role in its 5G development, a spokesperson for the Chinese embassy in London said: "We stand against behaviors that reject certain businesses from particular country and even oppress foreign companies and block win-win cooperation under the pretext of national security without producing any solid factual evidence and in violation of market rules. Such practices will only erode one's own interests and credibility and stand in the way of development and progress for mankind."

As Foreign Secretary for the past ten months, Truss has made regular criticisms of China.

Truss said NATO must incorporate a global outlook that extended to democracies outside its membership, citing Taiwan.

"We need to pre-empt threats in the Indo-Pacific, working with allies like Japan and Australia to ensure that the Pacific is protected," she said.

China has warned that attempts to expand NATO's remit by building military alliances in the Asia-Pacific region raise tensions, rather than making the world safer. "NATO is extending its tentacles to the Asia-Pacific region in an attempt to export the Cold War mentality and replicate the bloc confrontation in Asia," foreign ministry spokesman Zhao Lijian warned last month.