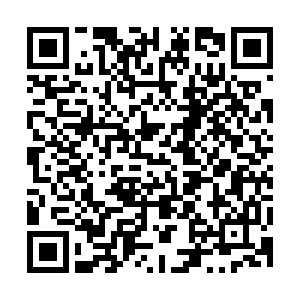 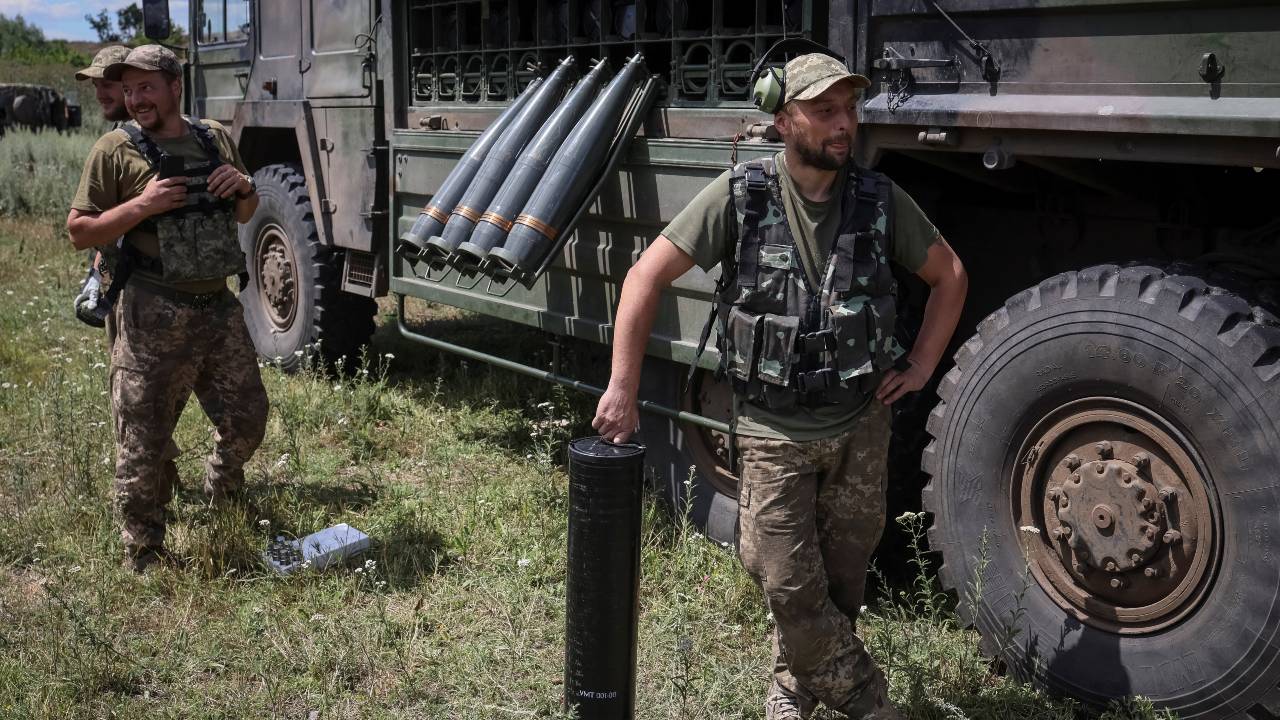 Ukrainian service members prepare to shoot from a towed howitzer FH-70 at a front line, in the Donbas region. /Gleb Garanich/Reuters

Ukrainian service members prepare to shoot from a towed howitzer FH-70 at a front line, in the Donbas region. /Gleb Garanich/Reuters

• The European Commission does not expect the Nord Stream 1 pipeline to restart after its annual 10-day maintenance, which is scheduled to conclude on Thursday, the Wall Street Journal reported, quoting European Budget Commissioner Johannes Hahn.

• The United States will continue to proceed with providing intelligence to Ukraine after recent sackings in the inner circle of Ukrainian President Volodymyr Zelenskiy, the U.S. State Department said on Monday.

• Russia's defense ministry said on Tuesday its forces had destroyed ammunition depots in Ukraine's southern Odesa region that were storing weapons supplied to Kyiv by the United States and European countries.

• The Russian ruble reached a two-week high against the dollar on Tuesday, bolstered by local demand related to tax payments and shrugging off the finance ministry's plans to resume foreign exchange purchases for state coffers. It's become the world's best-performing currency so far this year.

• Russian President Vladimir Putin and his Turkish counterpart Tayyip Erdogan will discuss the export of Ukrainian grain at their meeting in Tehran on Tuesday, a Kremlin aide has told reporters. READ MORE BELOW

• UK military intelligence said on Tuesday "Russia has struggled to sustain effective offensive combat power since the start of its invasion of Ukraine and the problem is likely becoming increasingly acute." The ministry added that while Russia may make further territorial gains, their operational tempo and rate of advance is likely to be very slow.

• Russian TV station Dozhd, which was blocked in March as the government cracked down on independent media outlets following the offensive against Ukraine, began broadcasting from abroad via its YouTube channel on Monday. Dozhd had suspended operations after authorities blocked its broadcasts which contained critical coverage of the conflict.

• Russia's former president Dmitry Medvedev said in a post on Telegram that Russia will prevail in Ukraine and will set the terms for a future peace deal with Kyiv. The former leader, once held up in the West as a possible partner, has becoming increasingly hawkish and outspoken in his criticism of the West.

• Russian troops have tried unsuccessfully to advance towards the city of Avdiyivka north of Donetsk in recent days, the head of Avdiyivka's military administration, Vitaliy Barabash, said on Tuesday. Avdiyivka lies on a road leading from Donetsk to the settlement of Kostyantynivka and further towards Kramatorsk and Sloviansk, the key cities in the region that are still controlled by Ukraine. 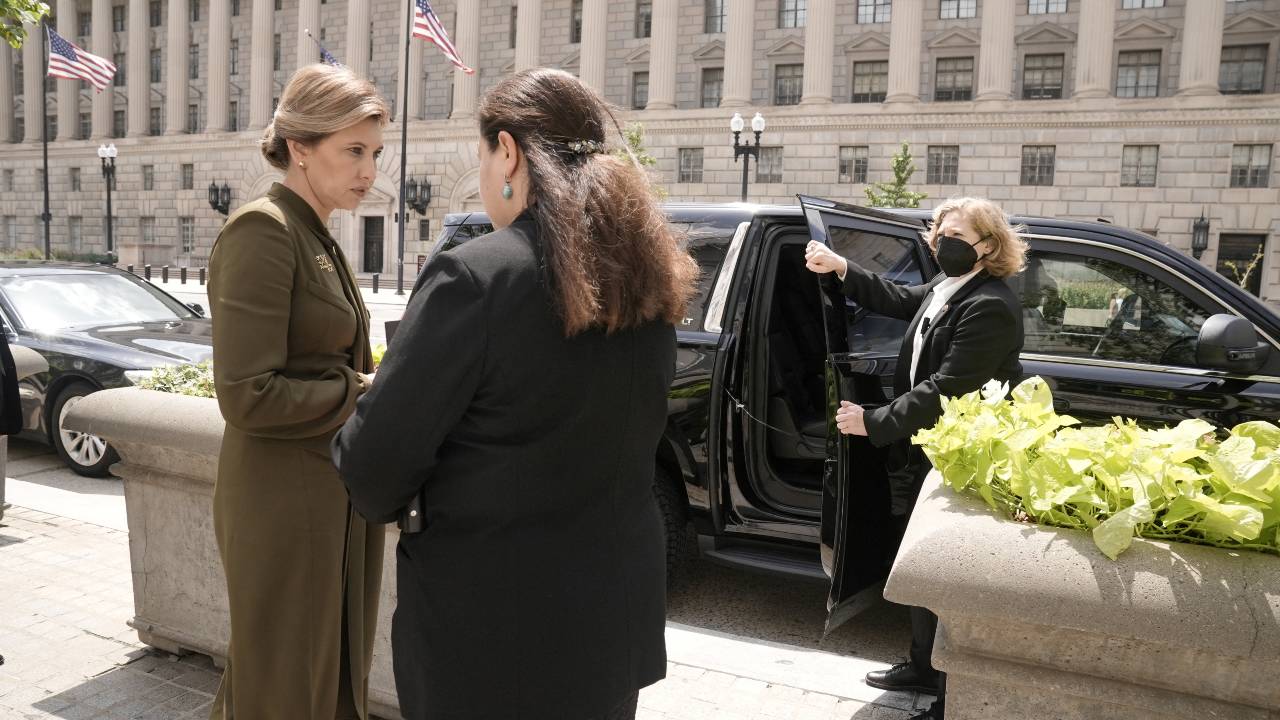 Russia's Gazprom has told customers in Europe it cannot guarantee gas supplies because of "extraordinary" circumstances, according to a letter seen by Reuters, upping the ante in an economic tit-for-tat with the West over Moscow's offensive against Ukraine.

The Russian state gas monopoly said in a letter dated July 14 that it was retroactively declaring force majeure on supplies from June 14.

A force majeure or 'Act of God' is an event which could not have been foreseen and excuses parties from their contractual obligations  The declaration does not necessarily mean that Gazprom will stop deliveries, rather that it should not be held responsible if it fails to meet contract terms.

The news comes as Nord Stream 1, the key pipeline delivering Russian gas to Germany and beyond, is undergoing 10 days of annual maintenance scheduled to conclude on Thursday.

"We're working on the assumption that it doesn't return to operation," Hahn told reporters in Singapore, according to the Journal.

Gazprom's letter added to fears in Europe that Moscow will act in retaliation for sanctions imposed on Russia, heightening an energy crisis that risks tipping the region into recession.

Putin in talks with Iran and Türkiye over Ukrainian grain

On his first trip outside the former Soviet Union since his military operation in Ukraine, Russian President Vladimir Putin is visiting Iran for a summit with his Iranian and Turkish counterparts on the Syrian conflict, Iranian state TV said.

Russian President Vladimir Putin and his Turkish counterpart Tayyip Erdogan will discuss the export of Ukrainian grain at their meeting in Tehran on Tuesday, a Kremlin aide has told reporters.

Russia, Ukraine, Türkiye and the United Nations are expected to sign a deal later this week aimed at resuming the shipping of grain from Ukraine across the Black Sea, which has been all but choked off by Russia's decision last February to send its armed forces into Ukraine.

"The issue of Ukrainian grain shipment will be discussed with Erdogan ... We are ready to continue work on this track," Yuriy Ushakov, foreign policy adviser to Putin, said on Monday.

Ukraine's Black Sea ports, until now the main conduit for its agricultural exports, have been blocked since Russia began what it calls its "special military operation" in Ukraine.

Ukraine and Russia are both major suppliers of wheat to global markets. Russia is also a large fertilizer exporter, while Ukraine is also a significant producer and exporter of corn and sunflower oil.