Download
The many different ways heatwaves can kill you
Mark Ashenden 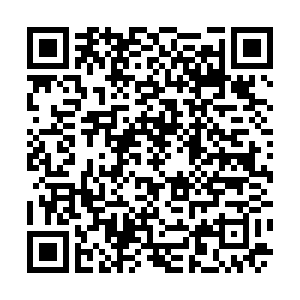 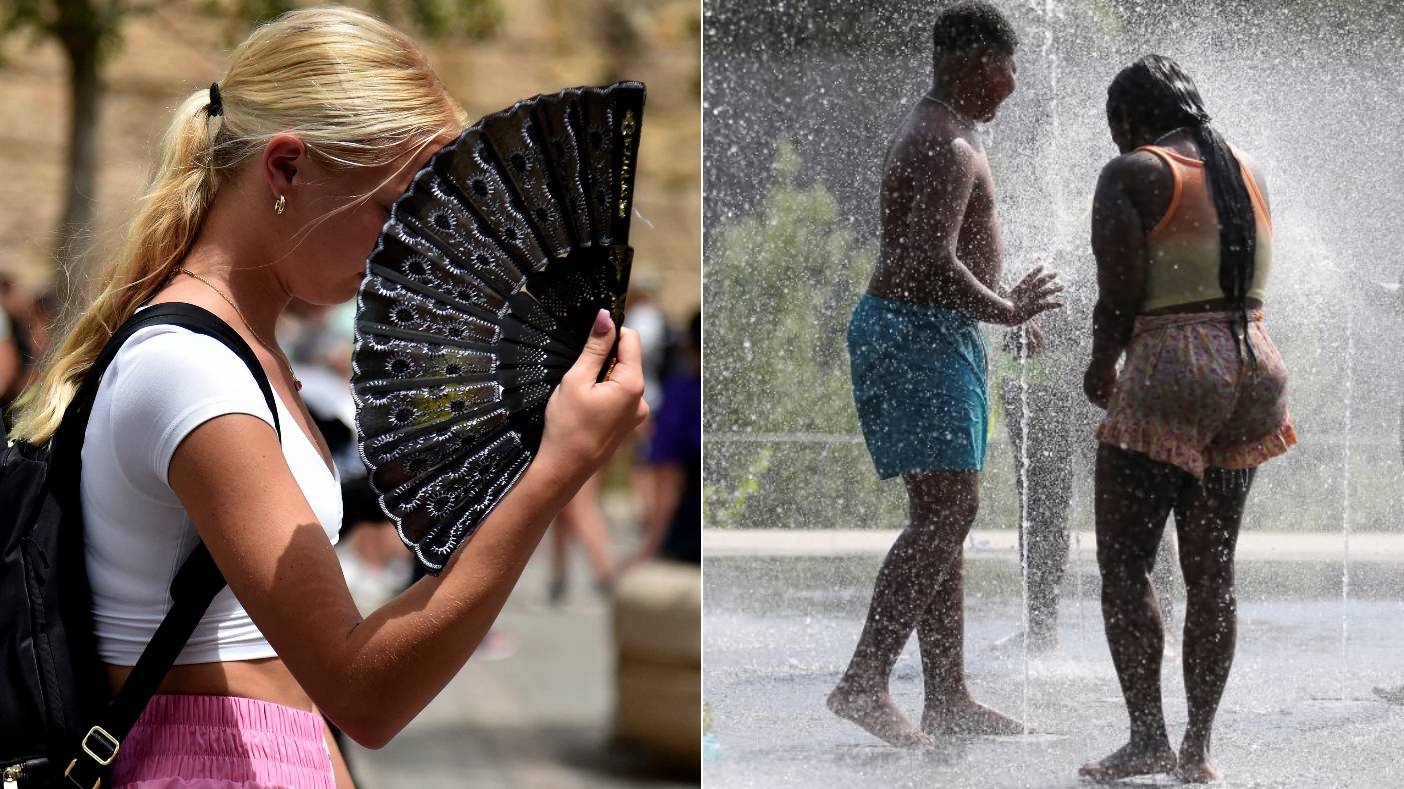 Heatwaves continue to ravage many European countries. Wildfires, drought, heat stress, even falling rocks, are threatening thousands of lives – and because of climate change, it is likely to get even hotter.

According to a World Health Organization tally, 166,000 people died of heat stress worldwide in the 20 years to 2017, with the number of people exposed to heatwaves jumping by 125 million between 2000 and 2016.

The UN agency estimates that from 2030 to 2050 climate change will cause around 250,000 additional deaths a year worldwide, from malnutrition, malaria and diarrhea to heat stress.

In the current heatwave, the UK is bracing itself for a record-breaking 41 degrees Celsius, temperatures in France are expected to hit 43 degrees Celsius and Portugal has already experienced 47 degrees.

These are deadly times and nobody is immune, with a new study in the British Medical Journal (BMJ) highlighting the rising health dangers of extreme heat.

And these are not merely hypothetical threats to life. The current heatwave has killed 360 people in Spain during the last week, according to the Carlos III Health Institute. In the UK, Bob Ward, policy director at the Grantham Research Institute on Climate Change and the Environment warned "We could see 1,500 to 2,000 deaths just from this one period of heat."

If that seems like a terrifying threat, it's worth remembering that the 2003 heatwave resulted in more than 14,000 excess deaths in France alone.

So why are these high temperatures so dangerous for us?

Body overload
Exposure to extreme heat can cause exhaustion and heatstroke, occurring when body temperature reaches 40 degrees Celsius or higher.

According to the UK's National Health Service, this can damage the brain, heart, kidneys and muscles and be fatal for 10-50 percent of cases if left untreated.

Dehydration causes blood to thicken, meaning the heart has to pump harder and, along with other organs, can be seriously damaged.

Sweating is designed to reduce the heat intake but there is a point when that fails, especially if humidity is high and perspiration cannot evaporate. The human body is unable to cool itself well enough on its own to survive more than just a few hours. 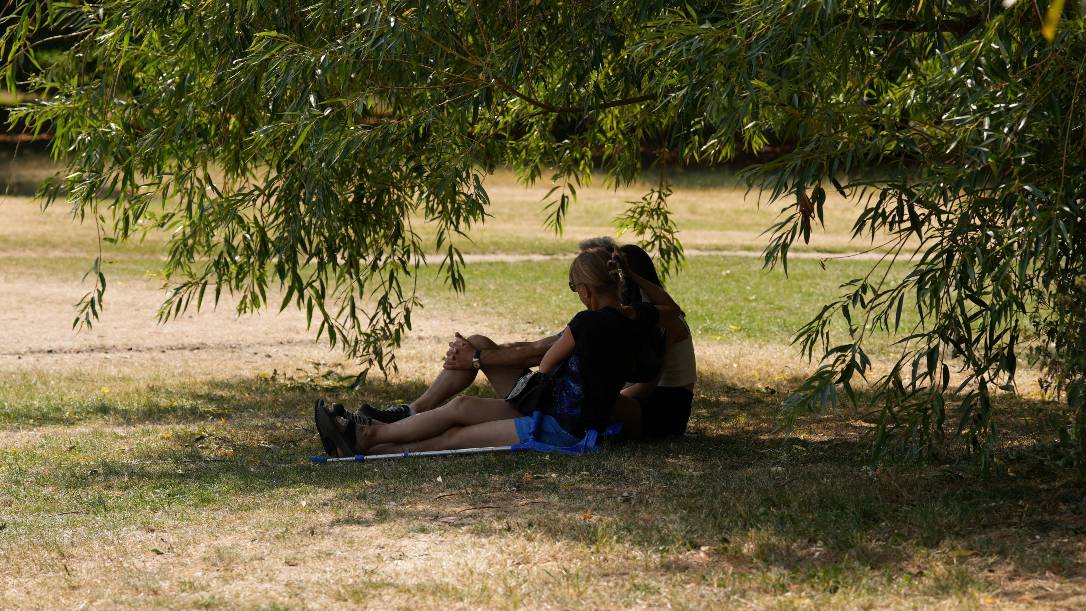 People are advised to keep out of the sun. /Maja Smiejkowska/Reuters

People are advised to keep out of the sun. /Maja Smiejkowska/Reuters

Research shows that blood flow to organs can be compromised, the gut can leak dangerous toxins into the body, killing cells that can cause deadly inflammatory responses.

This can also contribute to blood clots. Other symptoms of heat stress include swelling in the lower limbs, heat rash on the neck, cramps, headache, irritability, lethargy, and weakness.

Permanent damage to the brain is a threat, even if heat doesn't kill you. The central nervous system and internal organs are all vulnerable and may need extensive medical treatment.

A 2016 medical study showed cognitive impairment can also follow, even with mild, short-lived periods of hyperthermia, including heat strokes.

Symptoms to keep an eye on...

When your body experiences high temperatures, you may firstly suffer from heat exhaustion. That's dizziness, usually accompanied by an excessive thirst, and you may become sweaty. Cooling down is a necessity. If not, then it can swiftly become very dangerous, with heatstroke a major health concern.

Blood vessels can start to expand, your blood pressure might drop and blood is less available for your main organs. With reduced oxygen and sugar, your body and most importantly your brain will stop operating properly – a medical emergency. You might even lose consciousness. An irregular heart can trigger a cardiac arrest and your life is under threat. If you don't die, then a stroke is possible.

The BMJ reports that older people (including those in residential care homes) and children are at greater risk of complications and death as a result of heat stress, as well as people with chronic diseases or who take daily medicines and may not know to adjust the dose. 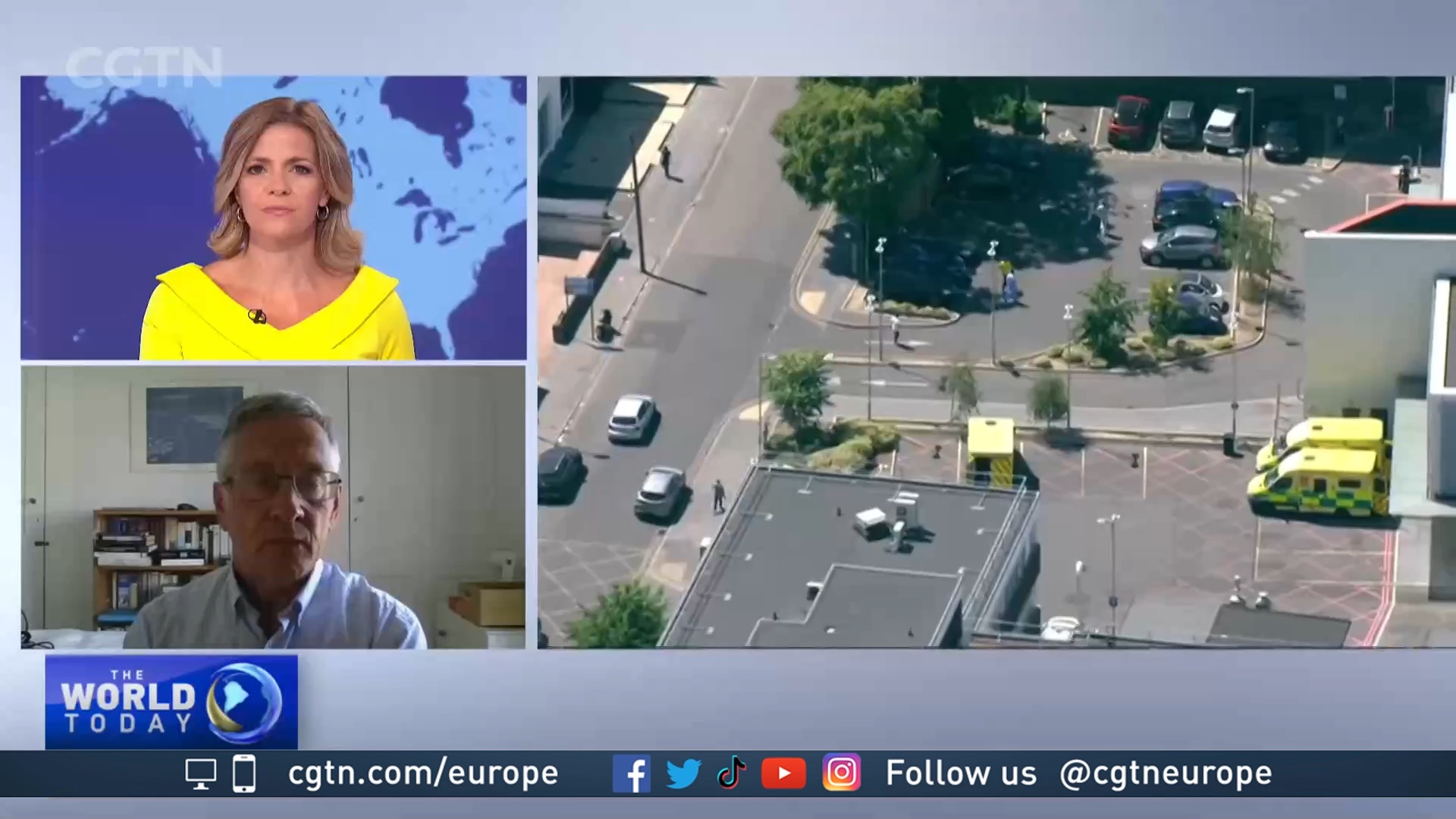 Besides the many different ways your body can kill you if you overheat it, various potential ways to die can also lurk in the outside world during a heatwave. Not least of these, as recent events have shown, is fire.

Greece, Portugal and France are all struggling to deal with colossal wildfires causing widespread damage with thousands having to flee. Smoke from these forest fires is a huge health concern, causing breathing problems and heart attacks.

Drowning is another big risk, as those under threat head for lakes and rivers to cool off.

Anybody keen on heading to the rarified air of Europe's mountains should also be cautious.

Authorities in the French Alps have urged climbers this week heading for Mont Blanc, Europe's highest mountain, to cancel their trip due to repeated rock falls caused by drought and "exceptional climatic conditions."

This call comes after a section of Italy's biggest Alpine glacier gave way at the start of July, killing 11 people, in a disaster officials blamed on climate change. 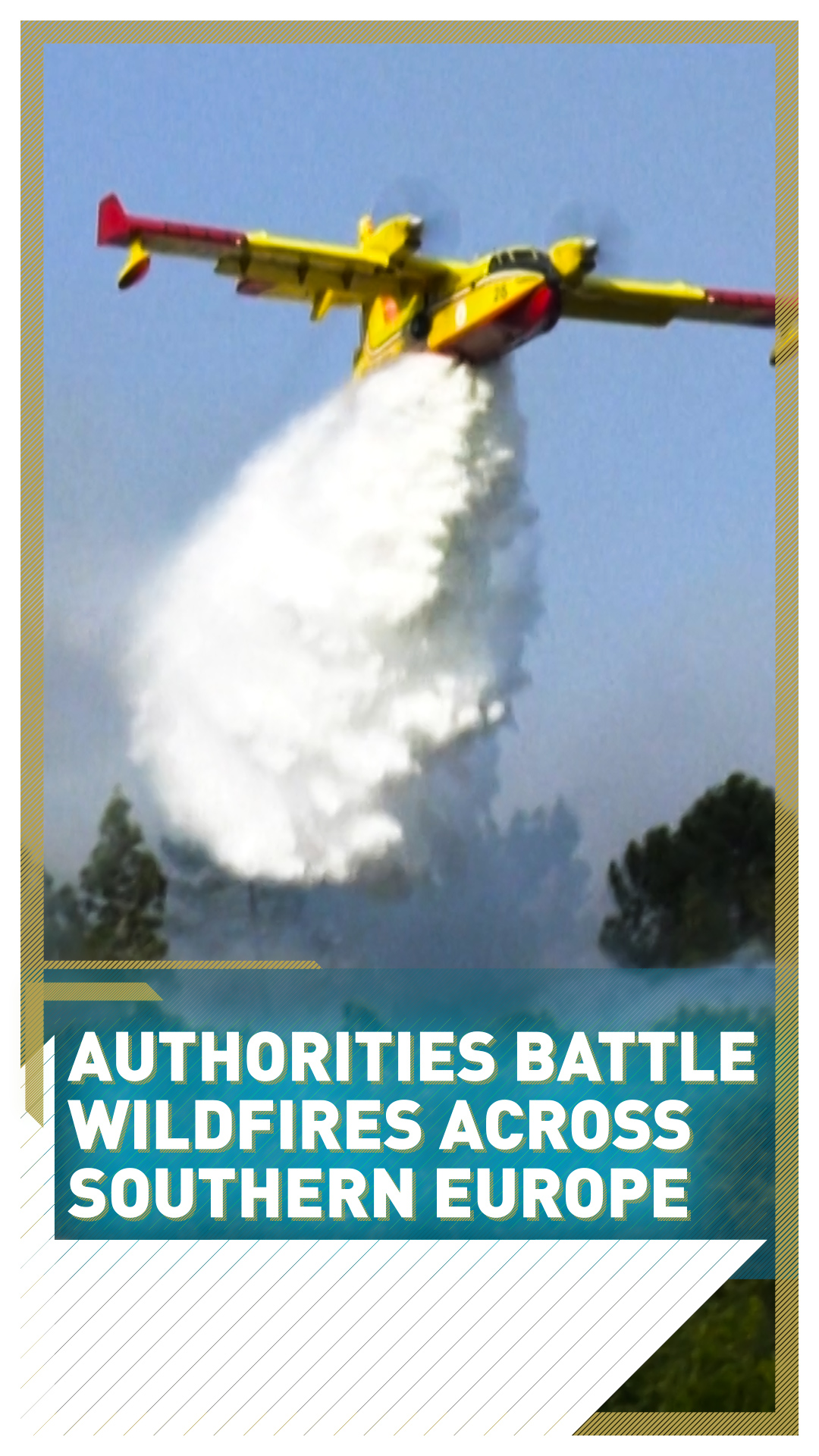 Reports have suggested that where you live and your financial status can also affect your health in the heat.

A journal analyzing conditions across South Asia says those with lower incomes are less able to adapt to conditions and those living in cities with a higher population density are more vulnerable to heat stress.

In 2021 the UK Meteorological Office estimated that a 2 degrees Celsius rise in global temperatures would lead to a billion people living in extreme heat stress, up from 68 million people today. Air pollution in cities caused by the heat is also a huge threat to health.

Reckon you're safer in the outdoors than stuck in the heat of the indoors? An American study published in May suggests people with physical outdoor jobs have a much greater risk of adverse health effects (known as exertional heatstroke).

Their activity increases the core body temperature, which compounds the effects of heat and humidity. 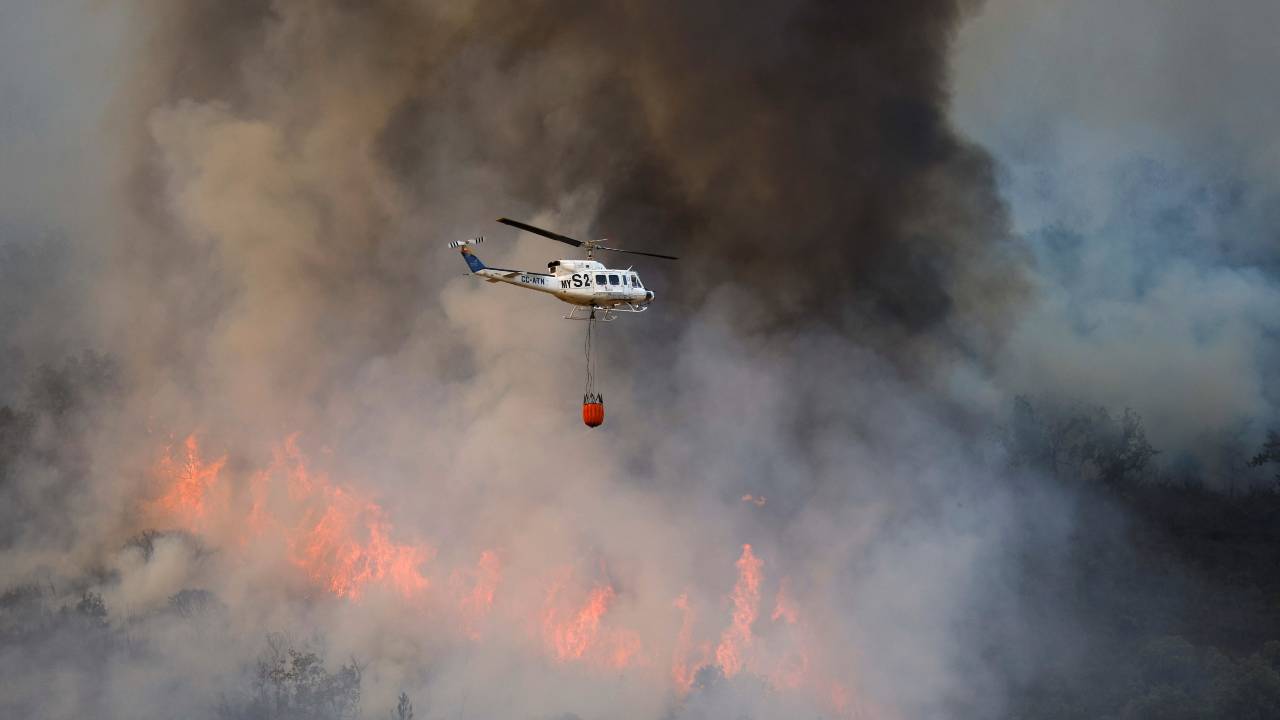 Smoke from fires is a major health hazard. /Susana Vera/Reuters

Smoke from fires is a major health hazard. /Susana Vera/Reuters

How to cope in the heat

Top priority is to prevent heat exhaustion or a stroke in the first place.

The over-riding advice is drink lots of water, open windows draw curtains, don't go crazy with exercise, avoid heavy clothing, stay out of the sun and keep an eye out for the more vulnerable – including young children and the elderly.

With record-breaking temperatures and a long heatwave perhaps lowering people's guards, it looks like Europeans need to take huge care. And even though the heat may relent somewhat later in the week, the long-term predictions do not make for happy reading.

"All heat waves studied so far in Europe are getting warmer," said Robert Vautard of the Pierre-Simon Laplace Institute at the Sorbonne University.

"As long as greenhouse gas emissions are not reduced to zero, heatwaves will continue to intensify, become more frequent and last longer."