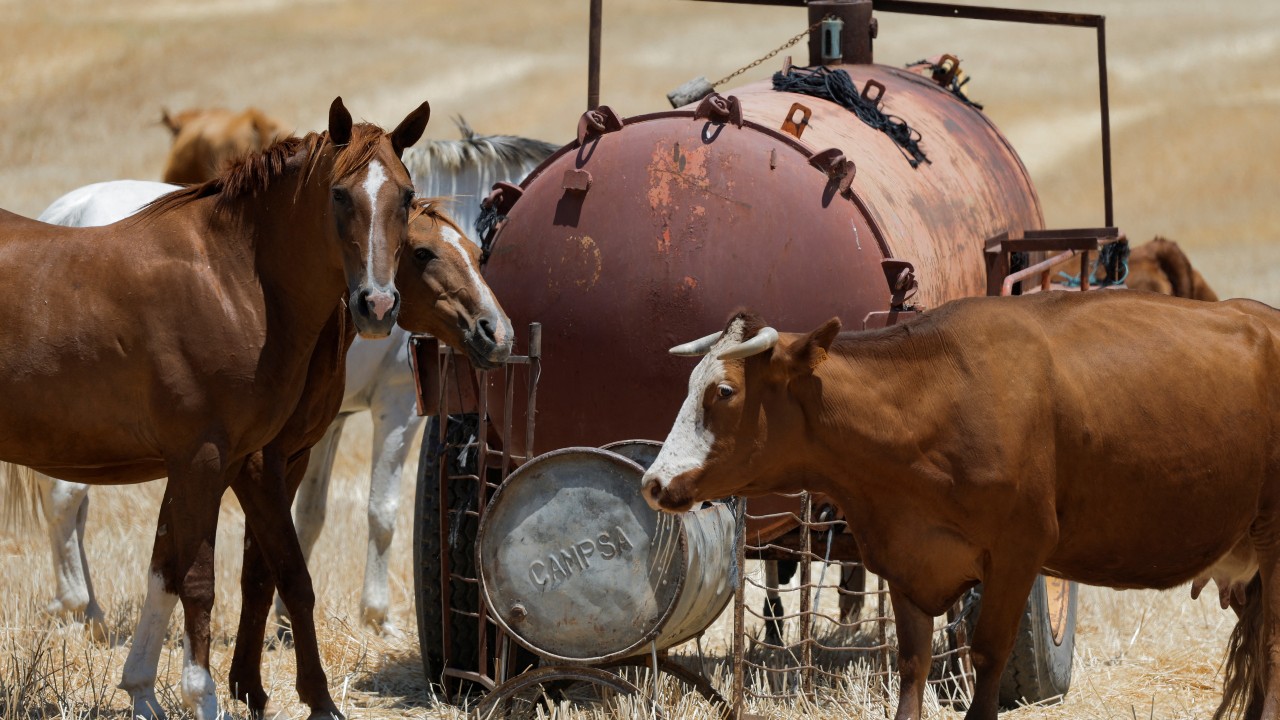 A cow and horses wait their turn to drink water from a bucket in Benaojan, Spain. /Jon Nazca/Reuters

A cow and horses wait their turn to drink water from a bucket in Benaojan, Spain. /Jon Nazca/Reuters

Spain and Portugal are experiencing their driest period of weather for more than a thousand years. That's the conclusion of a new study looking at climate change.

Both countries have been experiencing drought-like conditions, causing wildfires and water shortages.

In Spain, the lack of rainfall has had a significant impact on the nation's reservoirs.

The Atazar Reservoir Dam near Madrid was built over 50 years ago when the dictator Francisco Franco was still in power. It was initially designed as a reserve, in case water levels dropped in the capital.

But a lot has changed since then. Today its capacity is around 60 percent of what it should be for this time of the year.

The drought crisis across Spain is now very real. As far west as Extremadura, similar concerns are being raised. Running water there is now full of residue because the water table has dropped to critically low levels.

A spokesperson for Spain's Meteorological Agency, Aemet, told CGTN Europe that weather like this could soon become the norm.

"Our climate model projections show that temperatures will keep increasing and that we might see a decrease in rainfall," said the spokesperson, Ricardo Torrijo. "It will be like this for the whole of Spain. We can already see temperatures are rising. As this situation evolves, we will have to take action, according to the needs of each area." 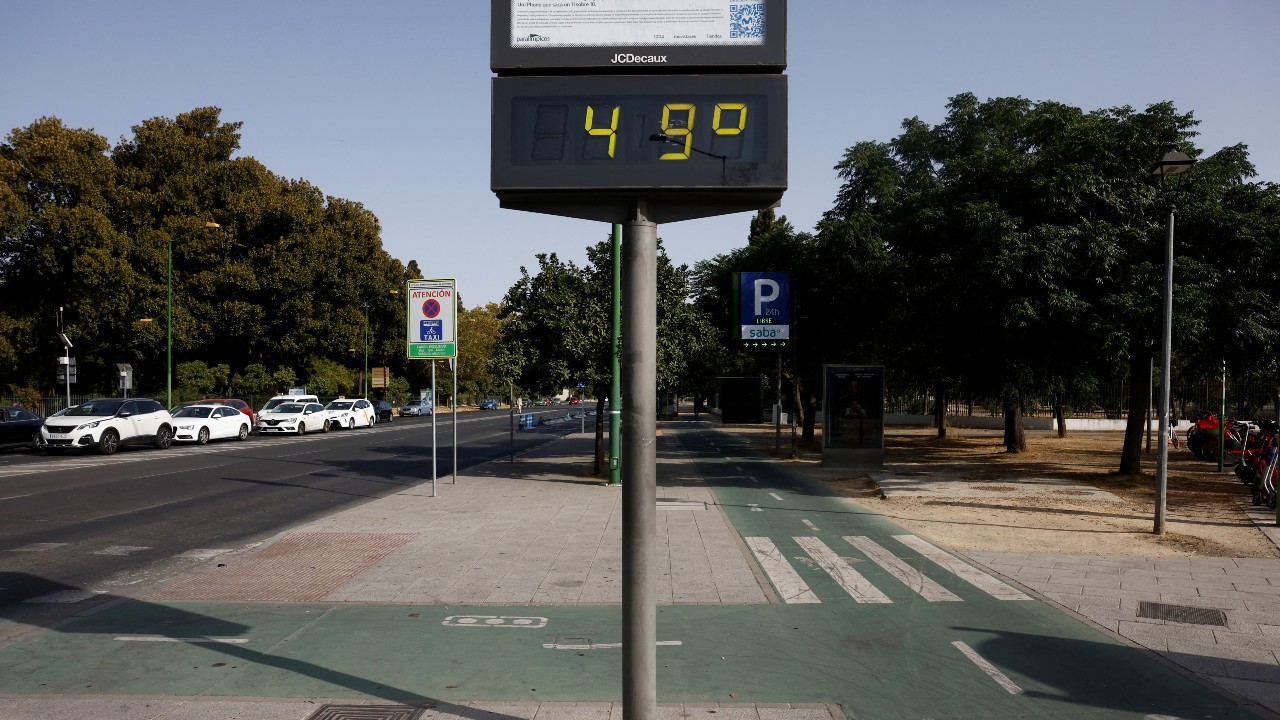 In Spain, the 10 hottest summers on record have all come this century, impacting the country's water reserves.

Normally, seasonal rains in May would help increase water levels in the country's reservoirs. Instead, an earlier-than-expected heatwave resulted in their rapid evaporation.

What's more, experts are warning that this pattern of rising temperatures and longer summer seasons looks set to continue.

A recent study published in the scientific journal Nature Geoscience found that Spain and Portugal are feeling the effects of a high-pressure weather front known as the Azores High.

Normally rain in the Iberian peninsula falls during the winter as wet weather blows in from the Atlantic. But the Azores High blocks these weather fronts, meaning Spain and Portugal stay hot and dry.

So far during the 20th Century it has occurred during 15 winters – a 50 percent increase in frequency compared to the previous thousand years.

Martin Borreiro, one of Spain's top meteorologists,  told CGTN Europe that future droughts could get even more extreme.

"It's really worrying – we can see how the rain patterns are changing, causing lots of areas in Spain to have less rainfall," he said. "Rain concentrates in the northern areas of the peninsula and then there's barely any rain in the rest of the regions. That means the problem is getting worse."

One of the consequences of climate change is that drought is becoming more extreme and affects more regions of Spain than ever before.

The Spanish government has held off ordering water restrictions – but if this drought persists those measures may not be far away.