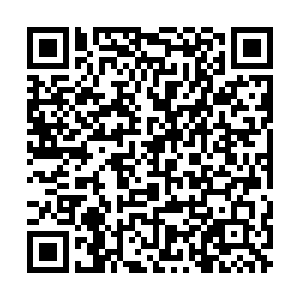 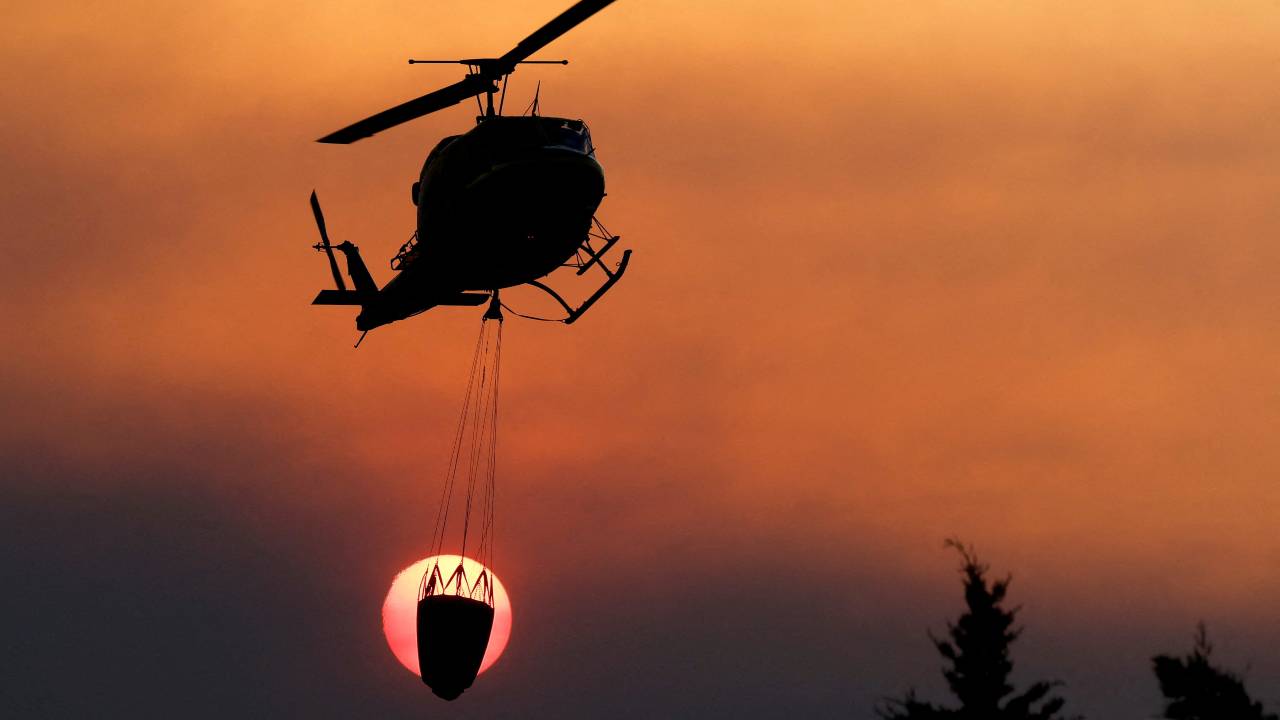 Wildfires continue to cause havoc as Europe is in the grip of another summer heatwave.

In Spain's Costa del Sol, soaring temperatures have contributed to a huge forest fire in the Mijas mountain range close to Malaga.

Andalusian firefighters managed to bring it under control but had to evacuate thousands of people from their homes. Dozens of different fires were reported all burning simultaneously.

In South Western France, the worst hit region was Bordeaux. More than 600 fire-fighters worked tirelessly to try and bring the forest fire under control but said the effort would take days. Nearly 6,500 people had to be evacuated from the area, with no casualties having been reported so far.

French President Emmanuel Macron said continued support from their neighbors has helped the country deal with the recurring problem. 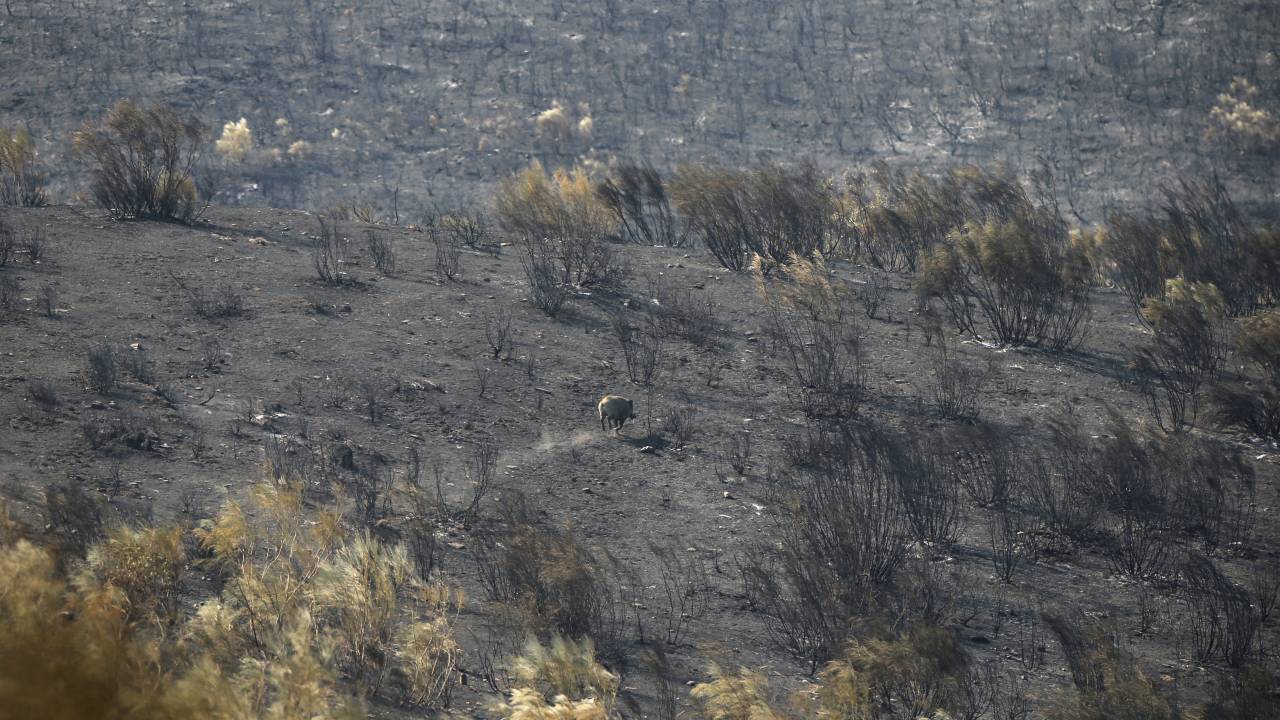 A wild boar runs through charred vegetation after a wildfire in Caceres, Spain. /Isabel Infantes/Reuters

A wild boar runs through charred vegetation after a wildfire in Caceres, Spain. /Isabel Infantes/Reuters

"We can receive European support through a system that we put in place and help promote," he said. "We started last year by being there to support some countries such as Greece, and now this has also become beneficial to us.

"I would especially like to thank Greece which has made specialized equipment available to us."

Martin Borreiro, a meteorologist for Spanish state broadcaster RTVE told CGTN Europe it was a serious issue that was a result of the changing climate in Europe.

"The main reasons for wildfires are the atmospheric conditions we've been suffering for a while now. It is conditions that we are experiencing right now. In the peninsula we have a chronic drought, that just gets worse year after year," the expert said. 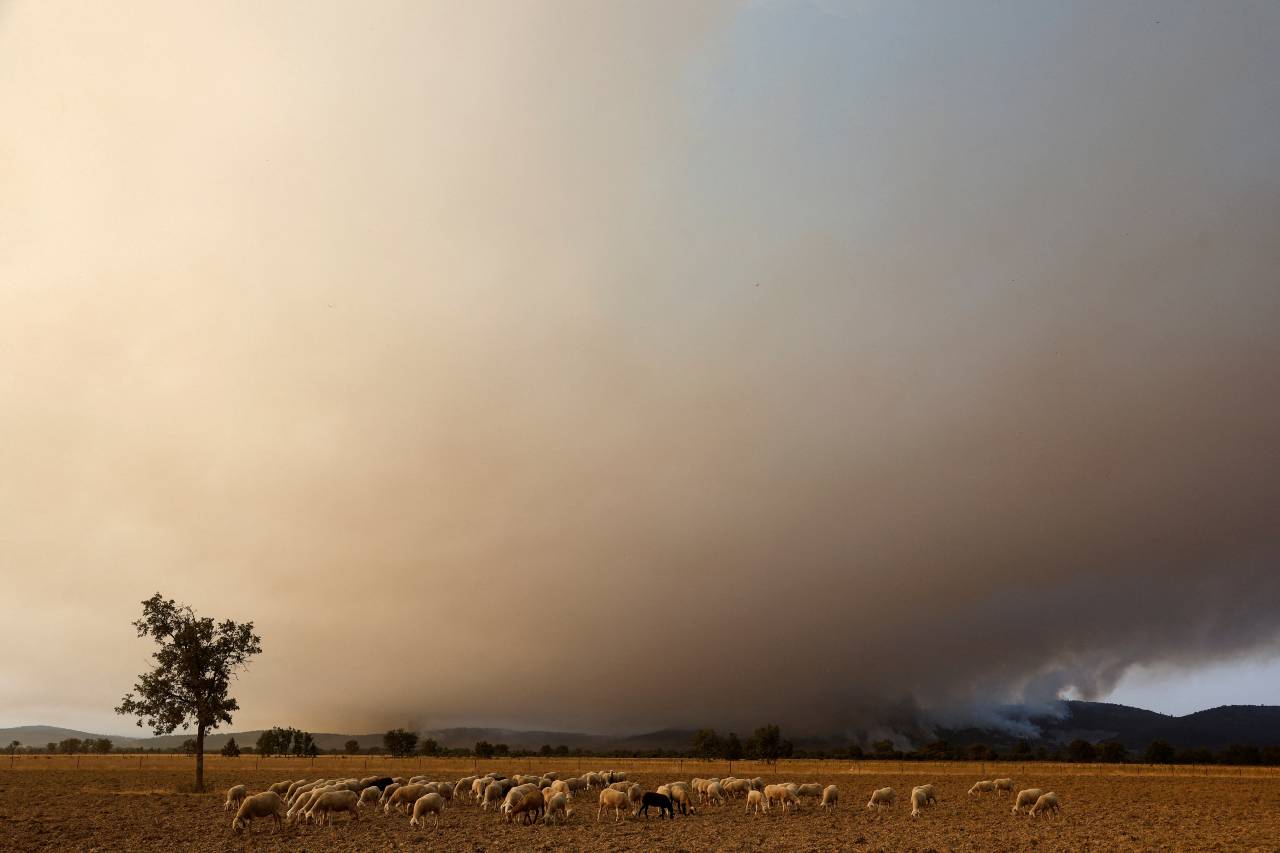 Sheep graze as a wildfire rages on during the second heatwave of the year near Guadapero, Spain. /Susana Vera/Reuters

Sheep graze as a wildfire rages on during the second heatwave of the year near Guadapero, Spain. /Susana Vera/Reuters

"We have less water, rainfall in Spain and Portugal is now less common throughout the year. So, we can conclude that the climatic conditions, dryness and extreme heat are the key factors that make these wildfires so serious."

Portugal was also badly hit this week. The government issued its highest red alert warning across the country as thousands of firefighters battled a fire of over 2,000 hectares, which injured at least 30 people.

There is genuine concern about the scale and strength of the wildfires which have raged across southern Europe this year. There is a feeling of helplessness and inevitability.

Unless action on climate change is taken rapidly, it is something that people will have to live with and accept every year.