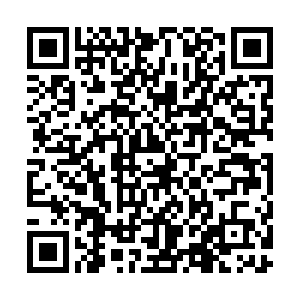 President Emmanuel Macron could lose his outright majority in France's parliament and the ability to push through his domestic agenda with a free hand following a strong showing by a new left-wing alliance in the first round of voting.

Macron's centrist alliance and the New Ecologic and Social People's Union (NUPES) coalition, of green and left-wing parties, led by Jean-Luc Melenchon, each won around 26 percent of the vote amid record abstentions on Sunday.

The June 19 second round alone will ultimately determine the division of seats.

Polling group Elabe projected Macron's Ensemble! alliance would win between 260-295 National Assembly seats - with the mark for an outright majority set at 289 seats - and the left would secure 160-210 seats, a significant increase from 2017.

"Come out and vote next Sunday to reject the evil politics of Mr Macron," Melenchon tweeted after Sunday's vote.

Macron's lieutenants vowed to campaign hard against the "extremist" pledges of Melenchon. 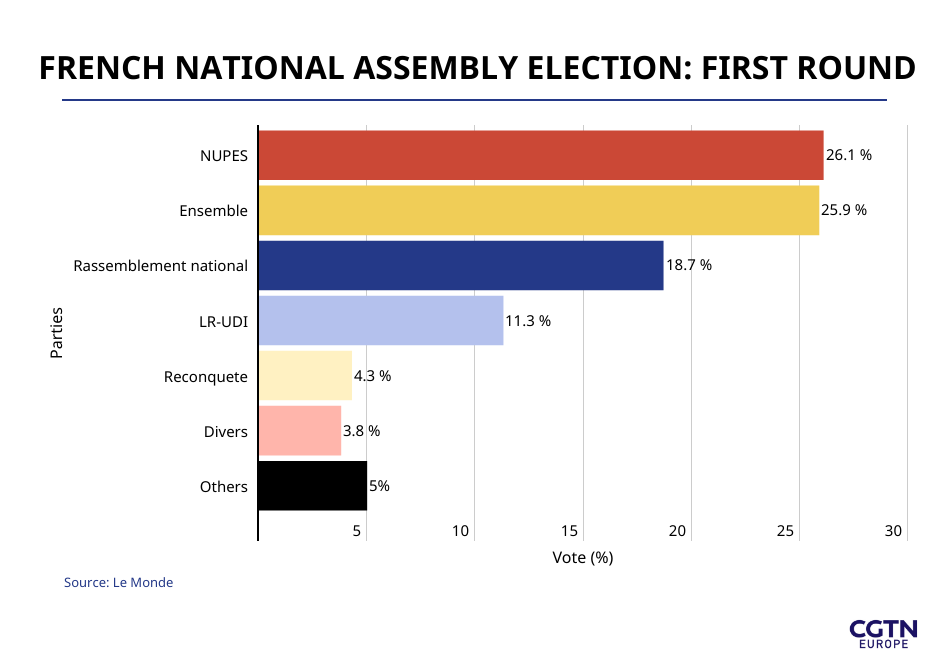 "We're going to make every effort to get a clear and strong majority, France needs it," his technocrat Prime Minister Elisabeth Borne said in Calvados, northwest France, where she is running for her first parliament seat ever.

"There is a spending power crisis... we have a war at Europe's doorstep, we need stability," she said.

Should Macron's centrist alliance lose its outright majority in the second round, the president could be forced into making complicated pacts with the diminished forces of the center-right or center-left groups.

It could also trigger a cabinet reshuffle.

According to the French publication Le Monde, NUPES won 26.11 percent of the vote, and Ensemble got 25.88 percent.

No poll shows NUPES winning a ruling majority, a scenario that would plunge the eurozone's second largest economy into an unstable period of cohabitation, where the president and prime minister come from different political groups.

Macron's ability to pass reforms is at stake, including a contested pension changes that would see the French work longer, a move he says is necessary to ensure long-term order to the public finances.

France's foreign policy, much scrutinized amid Russia's invasion of Ukraine and Macron's stuttering attempts at diplomacy with Moscow, is usually the responsibility of the President. However, the French constitution is not clear on this. An antagonistic prime minister could see France having two conflicting foreign policies.

Macron's opponents on the left are pushing to cut the pension age and launch a big spending drive as surging inflation drives the cost of living higher and erodes wages. While Melenchon's depiction of Macron, a former investment banker, as a 'president of the rich' has stuck. 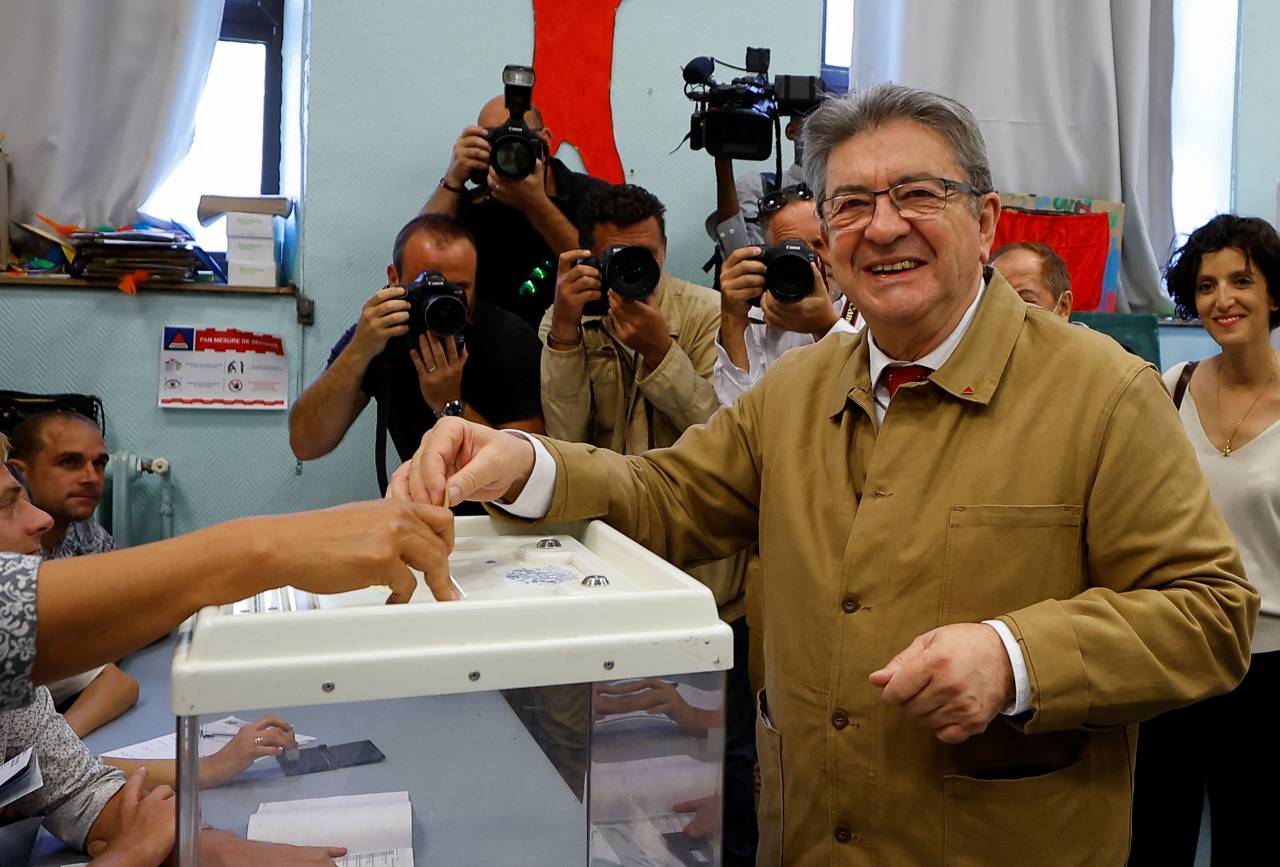 The decisive second round

Macron's coalition qualified for 416 seats, while NUPES will run in 384 seats.

NUPES's challenge is to convince the working classes and young people, two groups in which Melenchon is popular but abstained in huge numbers on Sunday, to head to the polls next weekend.

"We've confounded predictions. Now the challenge is to prove the projections wrong," said the head of the EELV green party, Julien Bayou, on Sunday.