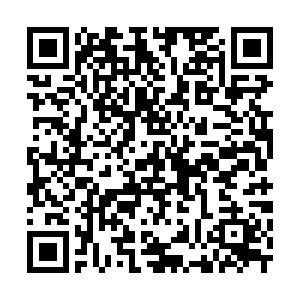 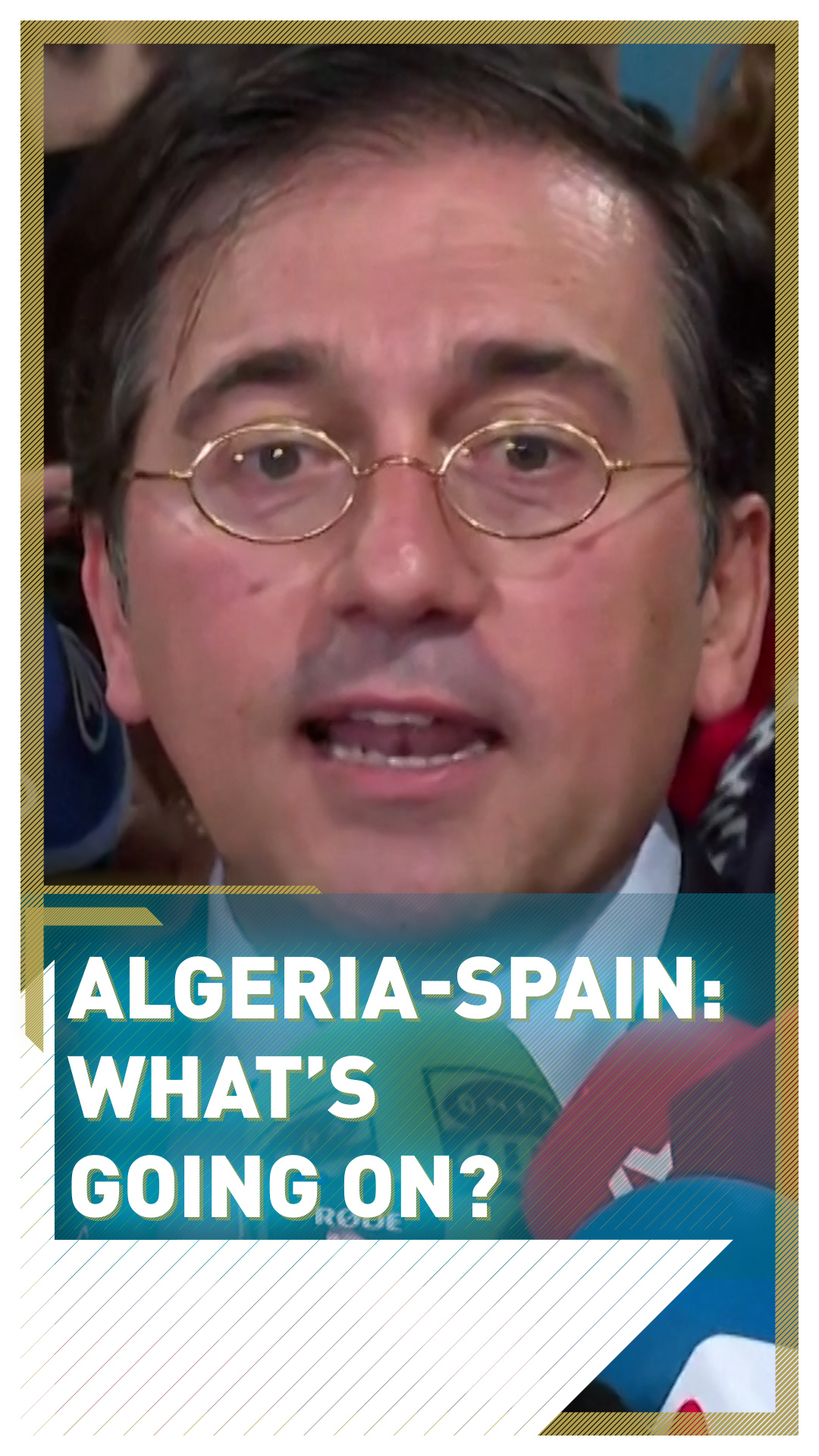 Sami Hamdi is an expert on North African affairs, and the managing director of International Interest.

He spoke to CGTN Europe to explain the on-going issues that have sparked Algeria's row with Spain.

What was the trigger for Algeria's cessation of its treaty with Spain?

Over the past year, Spain has been under significant pressure to emerge from its position of neutrality on the issue of Western Sahara.

After one year of a deterioration in relations, Spain decided to make amends with Morocco.

That change in Spain stance infuriated Algeria, and over the past couple of months we've seen this escalation in rhetoric on the part of Algeria as it demanded that Spain abandon this course and go back to its neutral position.

Spain, of course, doesn't want to compromise its relations with Morocco again, and this is why we've seen this latest escalation with Algeria, in which it's announced a suspension of this treaty, but also the suspension of services and the like to Spain. 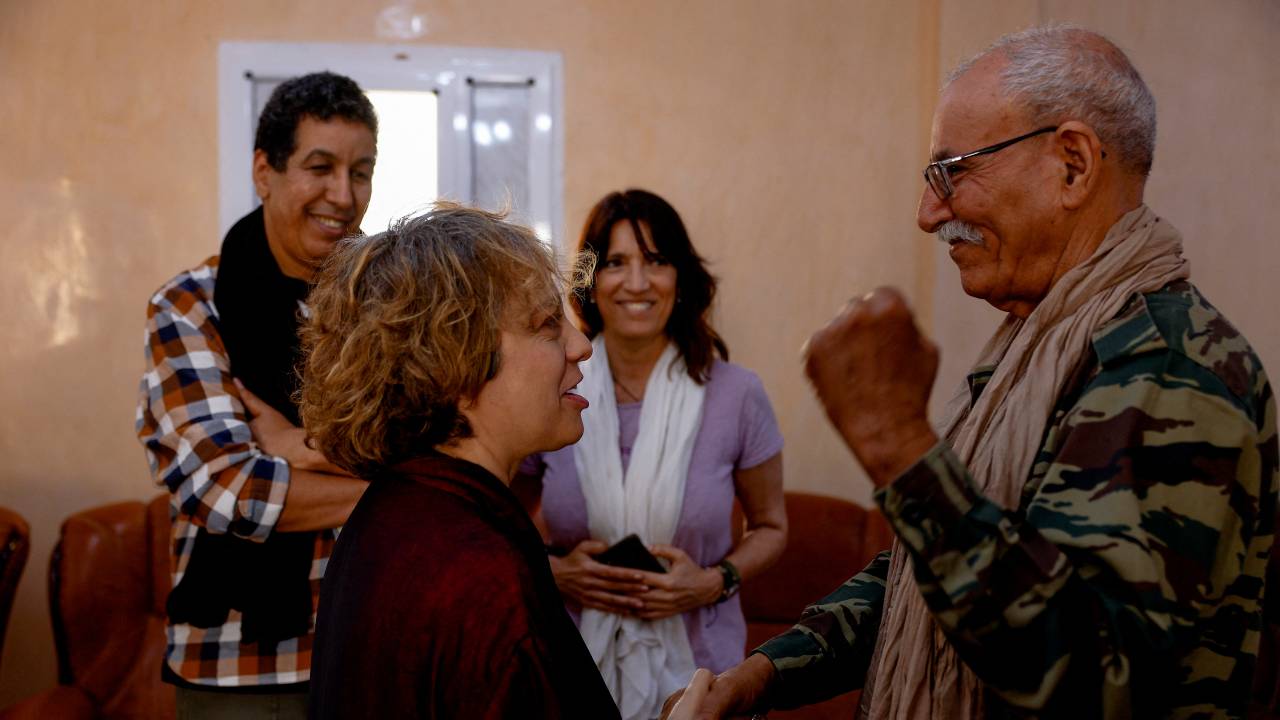 The Western Sahara issue is decades in the making - what changed this week?

When it received the head of the Polisario, Morocco got upset and essentially squeezed Spain. When Spain sought relief, Algeria got upset that Spain was appeasing Morocco, and now Algeria is demanding concessions from Spain, and Spain now is caught in between them.

Not many people know about the Western Sahara issue - can you explain it?

As a result, there was contestation over the borders that Morocco should have. It meant that when Morocco finally achieved independence, it felt that it had been shortchanged with regards to its land. And this has led to a series of escalation between Algeria and Morocco, primarily with regards to territory. Morocco marched toward Mauritania in 1962 when Algeria took independence in what became known as the War of the Sands, as it tried to seize territory in western Algeria that it claimed belonged to Morocco. And the Algerians essentially believe that this move by Morocco was treachery, and that has defined the relationship since.

Algeria decided to essentially complicate all bids by Morocco to assert sovereignty over Western Sahara by choosing from 1975 onwards to support the Polisario and the independence movement. This is why many believe that Algeria's stance is not necessarily to do with gas or minerals, but rather to spite Morocco.

But it's important to stress that the Western Sahara is a complicated issue, primarily because both sides believe that they have legitimate grievances. Both sides believe the other to be treacherous. There's been a lack of communication or understanding between the two, and the reality is that both sides make a good case for sympathy.

This is a long-running issue - but do young people in Algeria and Morocco care?

But it is important to stress that these views are not necessarily driven by what the Western Sahara issue actually is, but more with regards to the difficult relationship between the two.

This is why, while many believe that perhaps it will pass after generations, the reality is that the continued wrestling over the Western Sahara, the fact that it remains outstanding, the fact that Morocco believes that it is absolutely integral to the Moroccan identity, while Algeria believes that it is absolutely integral to prevent Morocco from overreaching, this is why it transcends the generational divide - and why we see that despite decades later, it still remains an issue that sparks the sensitivities even of a younger generation.

What is the impact of the threat to turn off the gas pipeline to Spain?

I think that Algeria has not yet cut off the gas. And I think that it's important to stress that, primarily because there is pressure now on Algeria from the US and from Europe to essentially try to wean Europe's dependency on Russian gas in light of the war in Ukraine.

Algeria has made the point of emphasizing that while it's suspending all other services, oil and gas will continue.

The reality is that Spain relies a lot on Algerian gas. It doesn't want to go through the winter without that Algerian gas. It's very careful in terms of how it's going to approach this matter in order to ensure there are no shortages that take place as a result of what's coming in winter, primarily because it doesn't have an alternative replacement ready to take Algeria's place.

With the rising oil prices and rising gas prices, the reality is Algeria now is really enjoying the extra profit, the extra revenues, something that was of deep concern only a couple of years ago when oil prices were low. The higher the gas prices, the more Algeria seems to be finding some sort of economic relief with regards to funds that are in the Treasury.

The longer the Ukraine war goes on, which forces those energy prices higher, Algeria believes that this is a good set of unfortunate circumstances that have essentially resulted in easing some of the economic burden, which looked really difficult less than a year ago.

A sign directing to the Consulate General of Spain in Algiers. /Ramzi Boudina/Reuters

A sign directing to the Consulate General of Spain in Algiers. /Ramzi Boudina/Reuters

Do you think the situation is set to escalate, or can it be calmed?

What we've seen from Algeria is a bid to try to diversify from its relationships with Spain and indeed from Morocco. We saw the Algerian president, Abdelmadjid Tebboune, go to Italy and essentially declare that Italy will be the distributor of Algerian gas when it comes to Europe.

The Western Sahara issue is no closer to being resolved, primarily because it's been politicized even by those who are supposed to be the neutral observers. Notably, Donald Trump, who exchanged the US recognition for Moroccan sovereignty over the Western Sahara in exchange for Moroccan normalization of ties with Israel. In other words, the one who was supposed to be the neutral mediator to solve the issue is no longer a neutral mediator, and that's why we're seeing the escalation of this particular sort.

When it comes to Spain, that relationship is much easier to resolve, primarily because there are interventions now from the European Union in order to try to de-escalate. Algeria's demands are clear in terms of trying to push Spain back to neutrality. It's about trying to find a way for Spain to do that without necessarily angering Morocco again, which has also been lashing out at Germany and Spain. It lashed out at Germany less than six months ago over the issue of the Western Sahara.

The issue between Algeria and Morocco is no closer to being resolved, but I do think perhaps that the relationship between Spain and Algeria is much easier to resolve with the right kind of mediation.